Accessibility links
The 84-Year-Old Grandmother Who Fronts D.C.'s Coolest House Band For the past several years, a dive bar in the District has drawn crowds of eager millennials to see Granny and the Boys, a funk act led by Alice "Granny" Donahue. 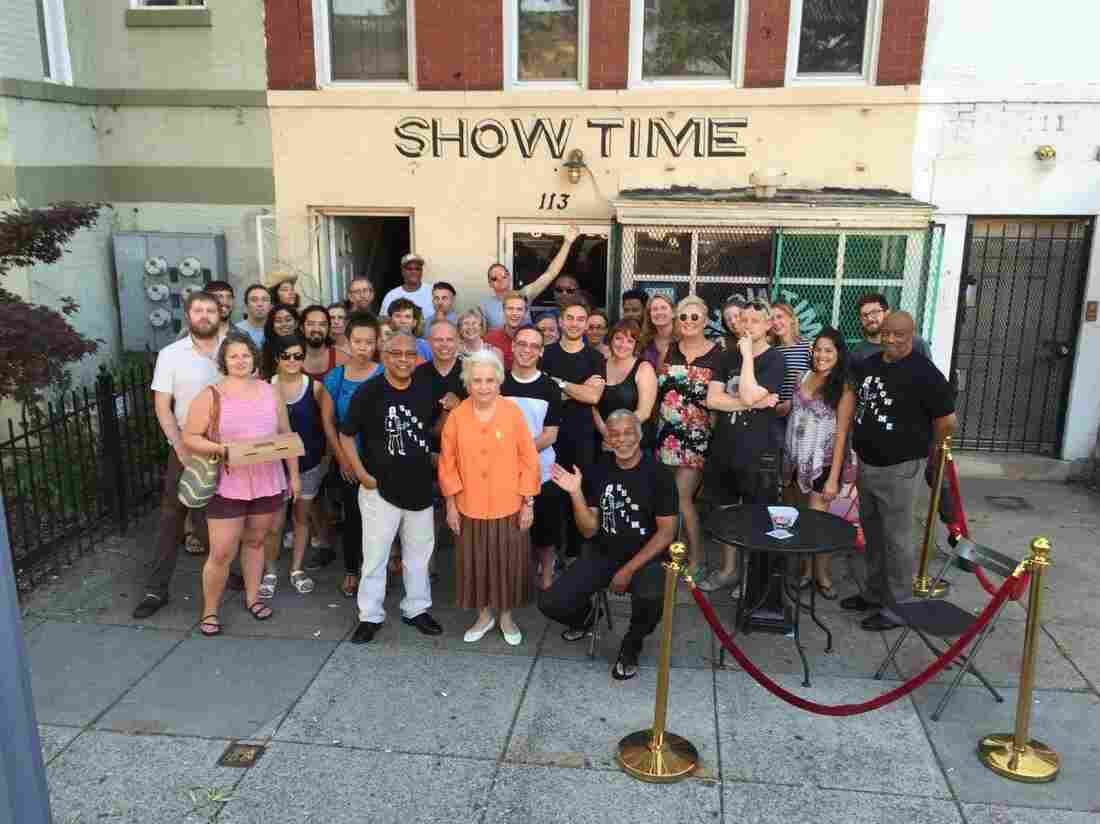 Alice "Granny" Donahue (center), Richard Lynch (far right) and the rest of Granny and the Boys pose with fans and friends outside Showtime Lounge in July 2016. Courtesy of Showtime Lounge hide caption 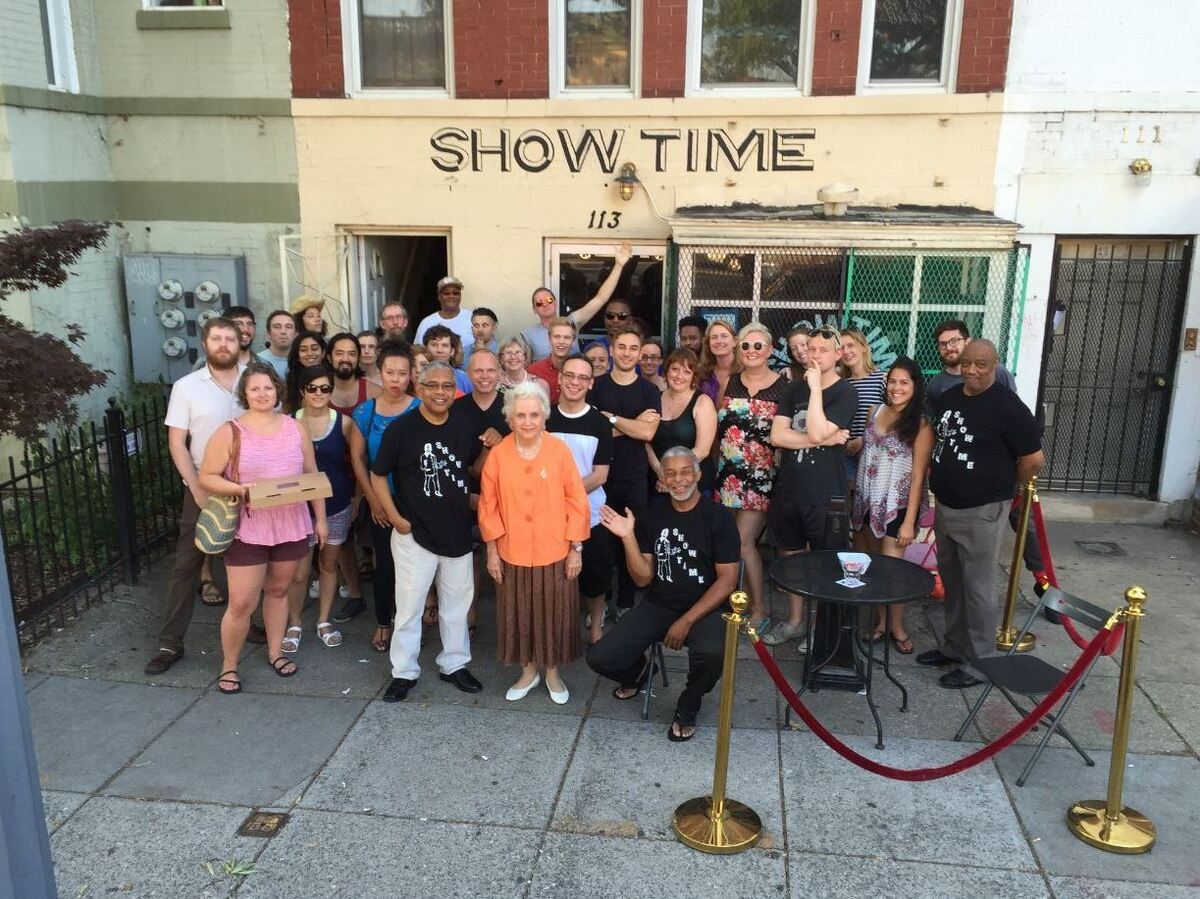 Alice "Granny" Donahue (center), Richard Lynch (far right) and the rest of Granny and the Boys pose with fans and friends outside Showtime Lounge in July 2016.

On a Sunday night in Washington D.C., a white-haired grandmother is warming up for her set at a local dive bar. She taps out a simple melody on her keyboard, then pauses to address those listening. "You know what that is?" she asks, chuckling. "'Grandma Got Run Over By a Reindeer.'"

Alice Donahue is 84 years old. Her band is called Granny and the Boys: four middle-aged men on bass, guitar, drums and vocals ... one granny on keys. They play a live funk fusion show every Sunday at a bar called Showtime — and though folks of all ages come, the majority are people in their 20s and 30s. For them, Granny is something of a novelty.

Granny's band is led by her partner Richard Lynch, who lives in the apartment above the bar. One day a few years ago, the power had gone out at Showtime, and the owner came upstairs to ask Richard if he could play a few songs for his patrons. Richard obliged, and brought Alice to perform with him. People loved it so much that the owner offered them a monthly gig — which then became a weekly show, by popular demand.

But Alice and Richard's story together starts long before that. The two of them are 20 years apart — he is 64 to her 84 — and they've been dating she was his age. They met one day at the University of Maryland, where Richard was working at the Roy Rogers on campus.

"I saw her sitting in the cafeteria, and I wanted to meet her," Richard says. "Just pretty as heck. I saw all these young people sitting in there, and I just saw one elderly lady. And I said, 'OK, why is she here?'"

Richard says he noticed she was holding a music book, and decided to do something cavalier: He walked right up to her, snatched the book out of her hand, and started asking her questions about it. Alice, a widow who had just registered at the school's educational program for seniors, says she was surprised — but intrigued.

"Normally — because it had been just about a year since my husband had passed — I would have reacted like, ugh! But I didn't," she says. "I said, 'Maybe he's a little off the wall, but he's got a friendly face.' And then we started talking music. See, that's a common language."

Alice says it didn't immediately click that Richard was hitting on her. "I thought he'd have to be crazy," she says. "Because I'm 64 and he's 44. I know he's a little off the wall, but that's completely off the planet. I didn't even let that register; I thought, 'He's just interested in music.'"

Alice signed on as manager. A year later, just before a planned daytime gig in downtown DC, in an area that would be packed with federal workers and friends from Richard's music community, the keyboard player left the band unexpectedly. Richard told Alice she'd have to play.

"It was a baptism of fire," Alice says, explaining she'd only ever played classical music and had never performed live in her life. "But I made it. And from then on, I was the keyboard person."

Alice "Granny" Donahue and Richard Lynch spoke with NPR's Alisa Chang about what came next — and what Alice's kids think of the band. To hear the full story from Weekend Edition Sunday, click the audio link.