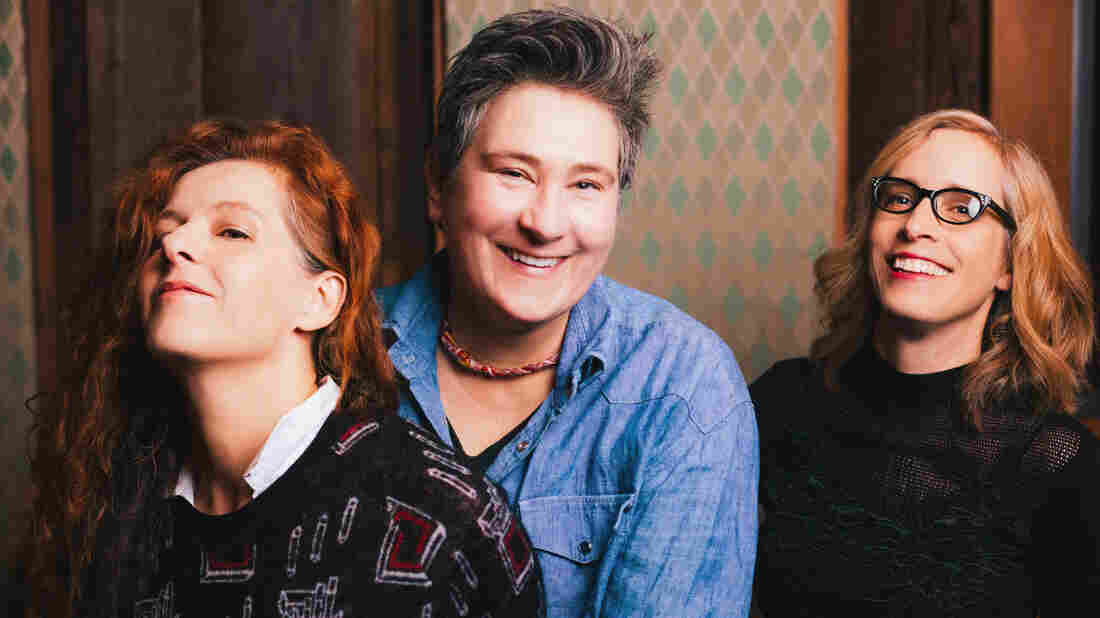 The self-titled album from case/lang/veirs, composed of Neko Case, k.d. lang and Laura Veirs, is one of Folk Alley's favorites of 2016. Courtesy of the artist hide caption 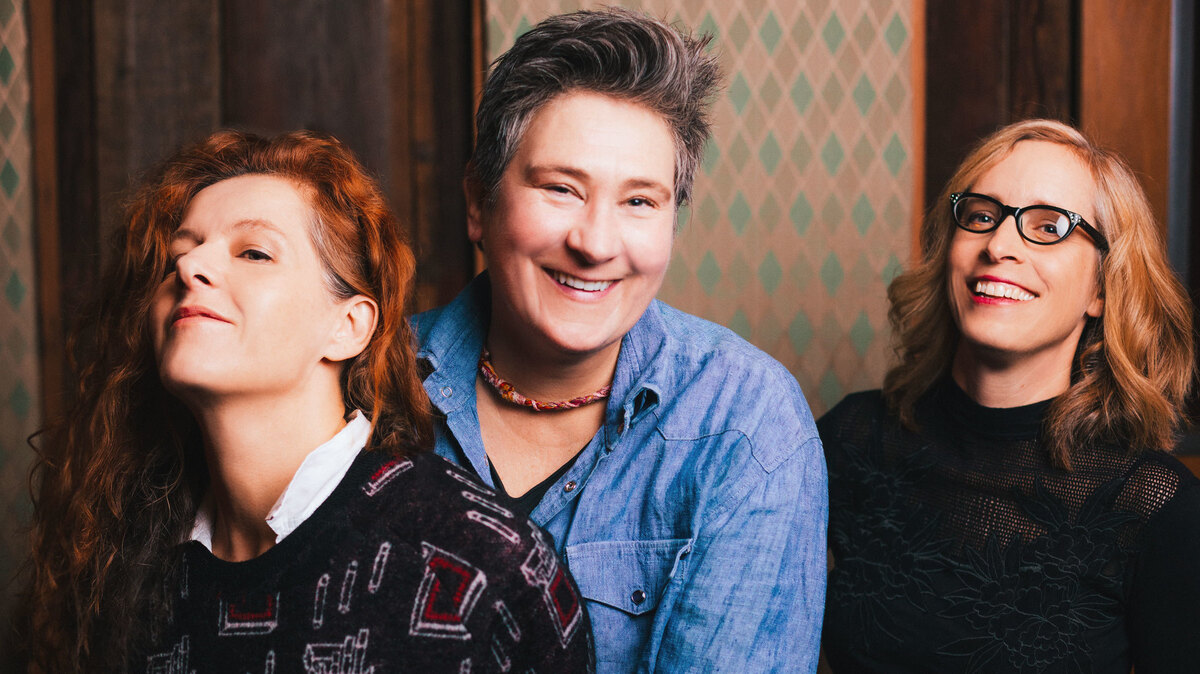 The self-titled album from case/lang/veirs, composed of Neko Case, k.d. lang and Laura Veirs, is one of Folk Alley's favorites of 2016.

Folk Alley casts a wide net to the world of folk, roots and Americana music. Year 'round you hear a healthy mix of all of it, as we champion the best traditional folk, contemporary singer-songwriters, bluegrass, Celtic, blues, indie, world and more, from both long established artists and up-and-comers.

So when it's time to look back at our favorite albums of the year, it's always interesting to see what percolates to the top. It's very much an organic process and we never know what we'll end up with. Our wide net and the bounty of great music released each year always make choosing a Top 10 list simultaneously fun and daunting. There's also the dash of dread — not for what makes the list, but for what's left off (I'm looking at you Ana Egge & the Sentimentals, Dori Freeman, We Banjo 3 and Mavis Staples).

This time, if there are any themes running through our list for 2016, they might include: young artists who have continued to grow and innovate (Sarah Jarosz, The Stray Birds, Aoife O'Donovan, Birds of Chicago, Courtney Marie Andrews); deeply moving songwriting (Lori McKenna, Hayes Carll and Parker Millsap each had songs that made me cry while driving this year) and exciting new collaborations (Neko Case/k.d. lang/Laura Veirs and The Small Glories). 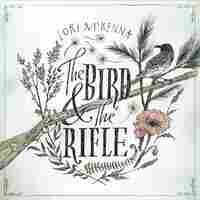 Lori McKenna, The Bird & The Rifle Courtesy of the artist hide caption

1. Lori McKenna, 'The Bird and the Rifle'

Lori McKenna. You might not be familiar with her name but you're probably familiar with her work. She writes hit songs for country and pop superstars (Tim McGraw, Alison Krauss, Little Big Town), while quietly keeping back well-chosen gems for herself. The Bird and the Rifle is her 10th solo album and there's not a weak track on it. "If Whiskey Were a Woman" is gorgeous musical wordplay, letting McKenna show off what she does best.—Elena See 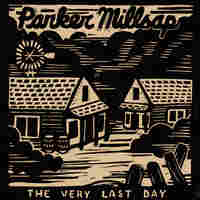 Oklahoma native Parker Millsap offers some sage advice on The Very Last Day. Whatever life throws at you? Open your arms wide and embrace it. After all, he seems to say, what if anything can you actually control? With a gruff blues and gospel tinged voice that sounds much older than he is, a guitar capable of near-impossible musical feats and simple words that tell a powerful story, Parker Millsap considers the end of the world — or, in "Pining," the end of a relationship.—Elena See 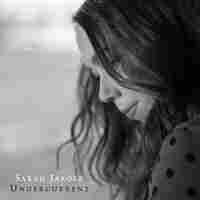 Multi-instrumentalist and songwriter Sarah Jarosz has been making music since she was a child prodigy in Wimberley, Texas. She signed her first record deal as a teenager, and at 25 she's a New England Conservatory graduate with four solid albums under her belt. For Undercurrent she once again enlisted veteran Nashville producer Gary Paczosa and some musical friends — Aoife O'Donovan, Parker Millsap, and Joey Ryan of The Milk Carton Kids. This stellar collection is at times more stripped down than earlier efforts ("Earlier Morning Light," "Everything To Hide," "Take Me Back") but no less adventurous. If anything, the songs here feel more personal and direct while showing growth and maturity.—Linda Fahey 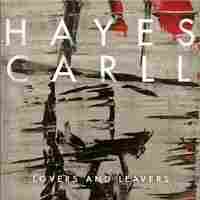 Think about everything that happened over the last five years of your life. You experienced ... what? Love, maybe. Loss, possibly. Joy, hopefully. Despair, likely. After taking a five-year hiatus, Carll came back to music and proves that five years is definitely enough time to have a whole lot of life experiences. Lovers and Leavers runs the gamut from heartbreak to the joy of true love. "Love Is So Easy" falls into the true love category as Carll documents the peculiar idiosyncrasies that make two people exactly right for each other.—Elena See 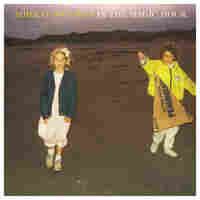 Aoife O'Donovan, In The Magic Hour Courtesy of the artist hide caption

I'll just admit it: Aoife O'Donovan's voice is magical to me. It almost doesn't matter what she's singing. I'm all ears. So it's no wonder she's (again) on our year-end list. Like Alison Krauss and the Grammy Awards, it's automatic. In the Magic Hour is her second solo album since Crooked Still's hiatus, and her second with Tucker Martine producing. The ethereal quality of her voice and the masterfully lush, sometimes edgy arrangements are a winning combination.—Linda Fahey 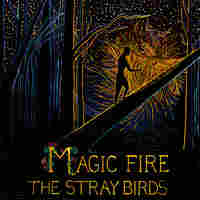 After two albums as a trio, the Stray Birds (Maya de Vitry, Oliver Craven and Charlie Muench) were ready to take a step forward and change things up. With Magic Fire, the Birds' signature three-part harmony and finely crafted songs are still front and center, but this one marks the first time working with an outside producer and a drummer. Recorded at Levon Helm's barn in upstate New York with producer Larry Campbell and drummer Shane Leonard, Magic Fire is the perfect step forward the band was ready for.—Linda Fahey 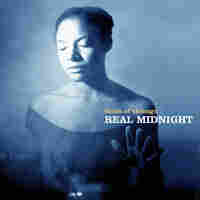 Allison Russell of Po' Girl and JT Nero of JT & the Clouds were friends and admirers of each other's work for years before they joined forces to become Birds of Chicago in 2012. Real Midnight is the album I was waiting for from the duo. It was produced by Joe Henry — the last album recorded in his famed Garfield House studio in South Pasadena, Calif. — and it showcases the chemistry of Nero's songwriting with Russell's gorgeous, soulful voice. Nero calls the title track a "thesis statement" for the album: "The darkness is coming, and we can't do anything about that, but what we can do is be good to each other and be good to the ones that we love. And it starts with the people who are right in front of you — your anchors."—Linda Fahey 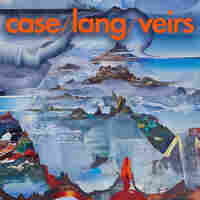 I didn't see this album coming, and what delightful surprise for 2016! Neko Case, k.d. lang, and Laura Veirs — each a formidable singer and solidly established performers in her own right — have joined forces for this supergroup album. Standout tracks that have been in heavy rotation on Folk Alley include "Song for Judee," "Supermoon," "Georgia Stars" and "Behind the Armory." But it's "Atomic Number," — the lead tack on the album — that truly shines as the three swap lines while also showcasing how perfectly their voices blend.—Linda Fahey 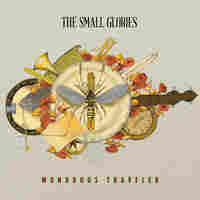 If you're a fan of the Wailin' Jennys, you know Cara Luft. She was a founding member who went off on her own for a few years. Recently she teamed up with JD Edwards, and they now tour as The Small Glories. The Winnipeg, Manitoba-based duo's debut album, Wondrous Traveler, lets them share their real affection for traditional Canadian and American folk music and flex their creative musical muscles. "Time Wanders On" is a co-write with British songstress Bella Hardy and is a reminder that time doesn't stand still — things change because they have to.—Elena See 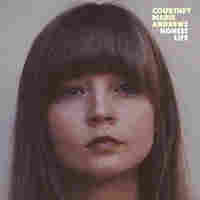 Expecting the unexpected: That's the theme Courtney Marie Andrews explores on Honest Life. During the years she spent touring as a guitarist and backup singer for a huge roster of musicians, she also developed her own voice as a songwriter, and this album gives her a chance to shine. "Rookie Dreaming," one of the standout tracks, is what Andrews describes as "essentially a coming of age song." So: heartbreak, despair, confusion, mourning? Yep, all here.—Elena See