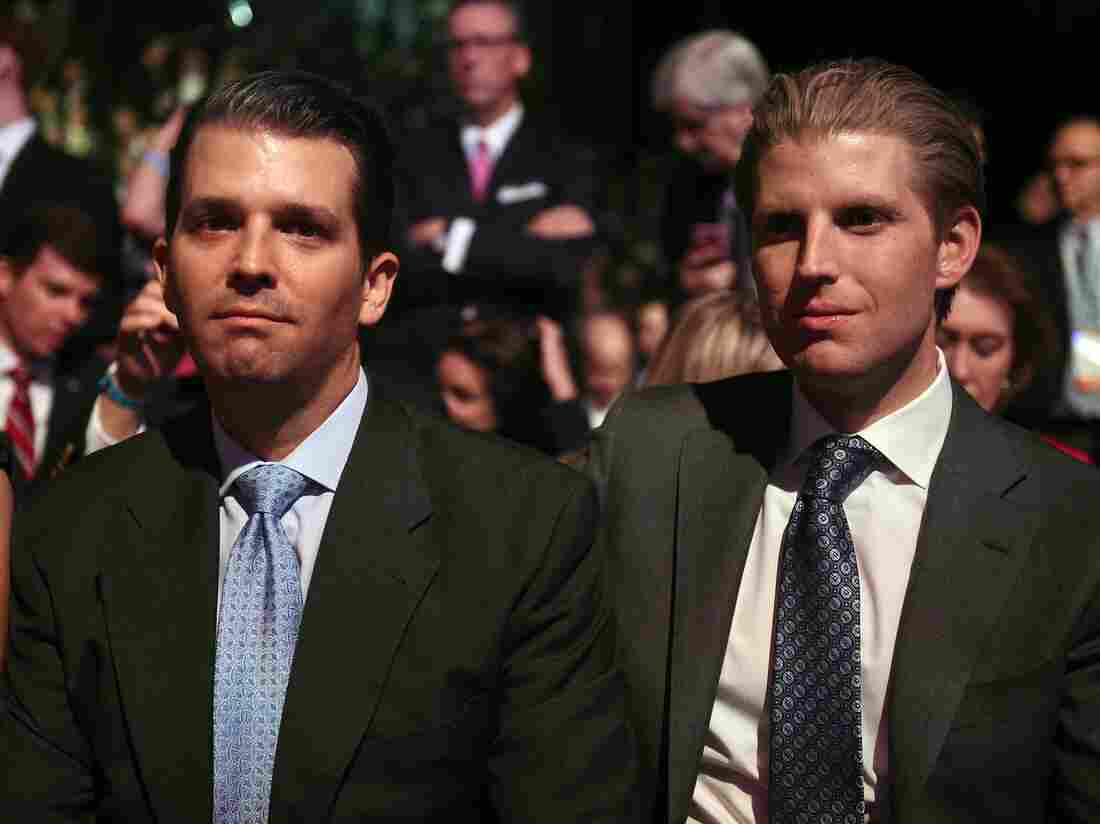 Donald Trump's sons, Donald Trump Jr. (left) and Eric Trump, were prominently mentioned in the online invitation to the Jan. 21 fundraiser. A spokeswoman for Trump transition team said the two men "are not involved in any capacity" with the event. Robyn Beck/AFP/Getty Images hide caption 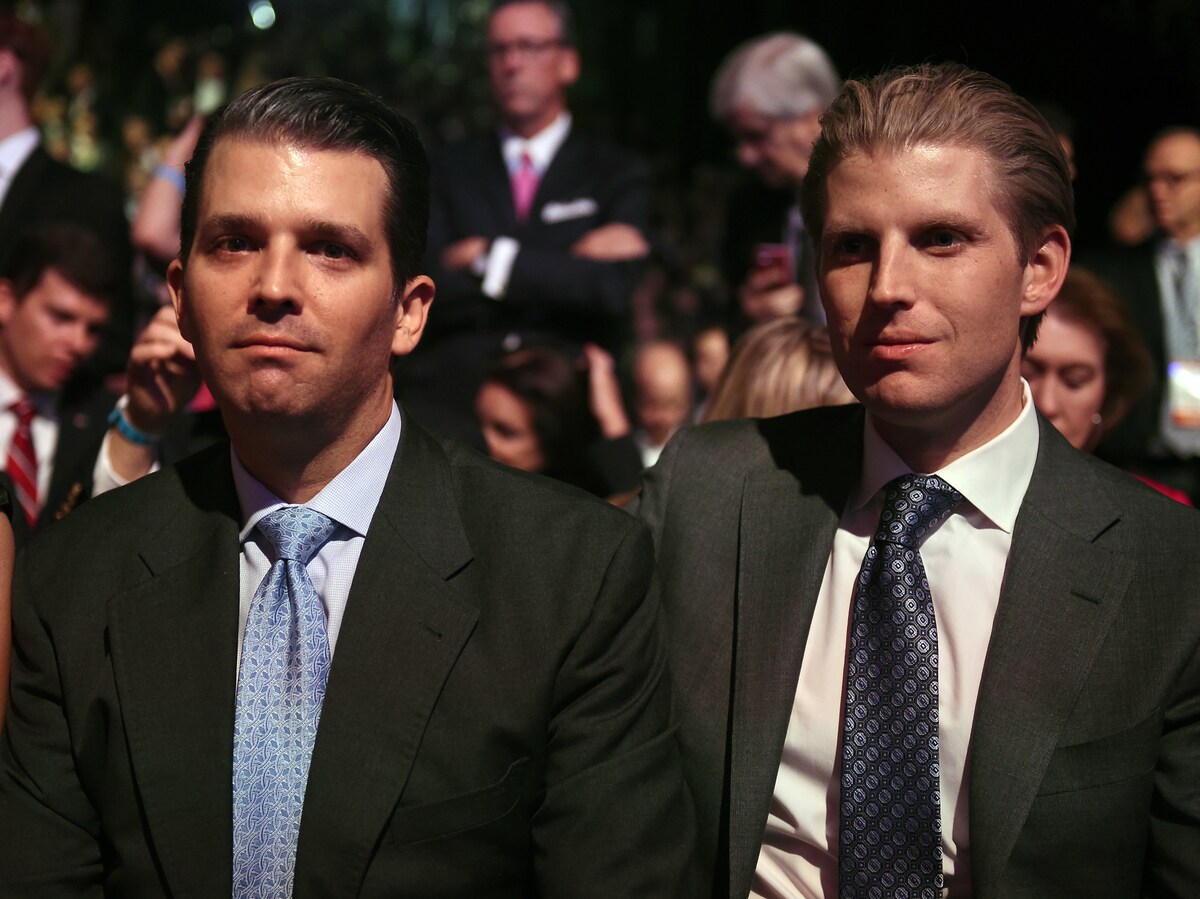 Donald Trump's sons, Donald Trump Jr. (left) and Eric Trump, were prominently mentioned in the online invitation to the Jan. 21 fundraiser. A spokeswoman for Trump transition team said the two men "are not involved in any capacity" with the event.

If you have a lot of money to spare, and want to spend time with the Trump family right after the inauguration, earlier Tuesday it seemed you might have been able to make that dream come true.

A new nonprofit organization, the Opening Day Foundation, had advertised access to the Trumps at a big charity event to be held Jan. 21.

The night-after party is called Opening Day. It has a shooting, fishing and conservation theme. The president's sons, Donald Jr. and Eric, were prominently mentioned in the invitation online.

They're listed as directors on the nonprofit's official filing with the Texas secretary of state. 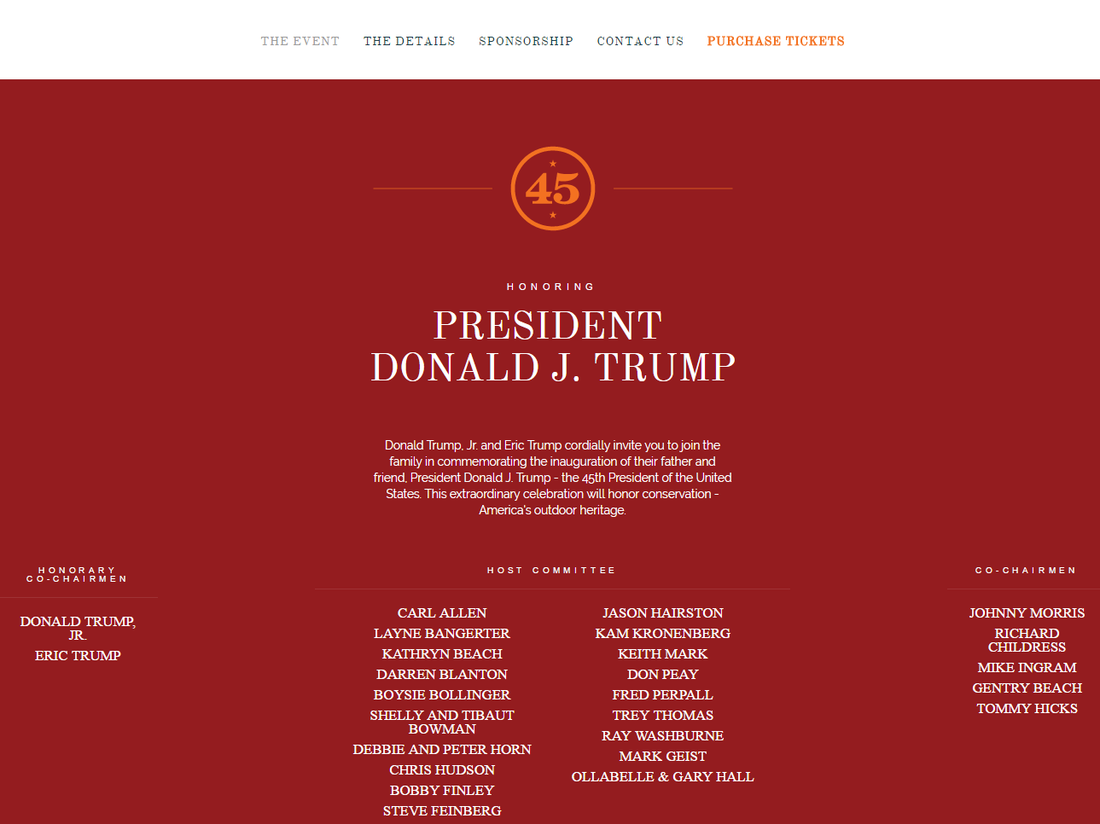 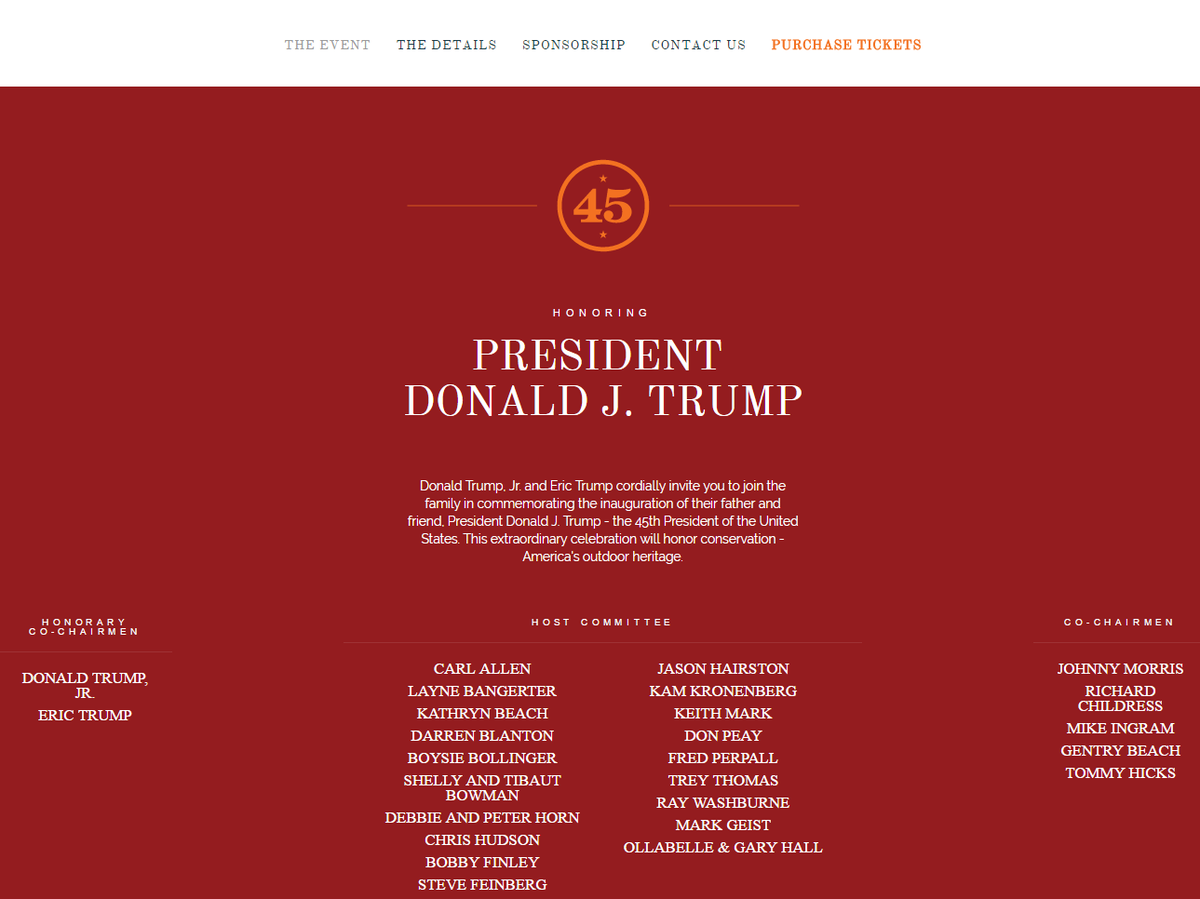 An early version of the invitation said Donald Trump himself would be at a reception for the $1 million and $500,000 donors.

But late Tuesday afternoon, the Trump transition team described the event and details as "initial concepts" that haven't been approved or pursued by the Trump family. "Donald Trump Jr. and Eric Trump are avid outdoorsmen and supporters of conservation efforts, which align with the goals of this event, however they are not involved in any capacity," spokeswoman Hope Hicks said.

Broadly speaking, such a fundraiser would resemble what goes on in Washington every day. But in other ways, it would be a shocker. For starters, there's the price tag. Political money and ethics lawyer Ken Gross says politicians are always doing receptions — sometimes for politics, sometimes for charity.

It's one thing if donors ante up $5,000 or $10,000. "But when they're giving very huge sums to a charitable foundation, then it can be not just a matter of quantity," Gross says. "It can change the kind of relationship with the individual."

The post-inaugural event was first reported by the Center for Public Integrity and the website TMZ.

It came days after the news that Ivanka Trump was offering a 45-minute coffee date as an auction item for her brother Eric's private foundation before it was cancelled amid criticism.

The propriety of these charity fundraisers was question No. 1 Tuesday when the Trump transition team briefed reporters. Did the president-elect have a policy, or will he make one, on his children's offers of access for contributions?

"I've not spoken yet with the president-elect on that particular issue," said Jason Miller, the transition team's spokesman. "I'm happy to ask him and try to get back to you with an answer."

And why did the organizers even float the idea of having Trump family members headline a charity event — especially one where the specific charities had not even been designated?

Frances Hill, a tax law professor at the University of Miami, says that if donors wanted to give big money to charities they could do it directly.

"There's no reason to make it a three-party transaction," Hill says. "It's the dynamic of currying favor and access with the powerful, and nobody cares as much about the money as about the access."

She points out that the contributions going to access events are tax-deductible.