Accessibility links
Police and Illegal Immigration: What Mexico And Canada Do In the U.S., local jurisdictions choose whether to help with federal immigration enforcement, but in Canada and Mexico, it's different. Cooperation is expected. 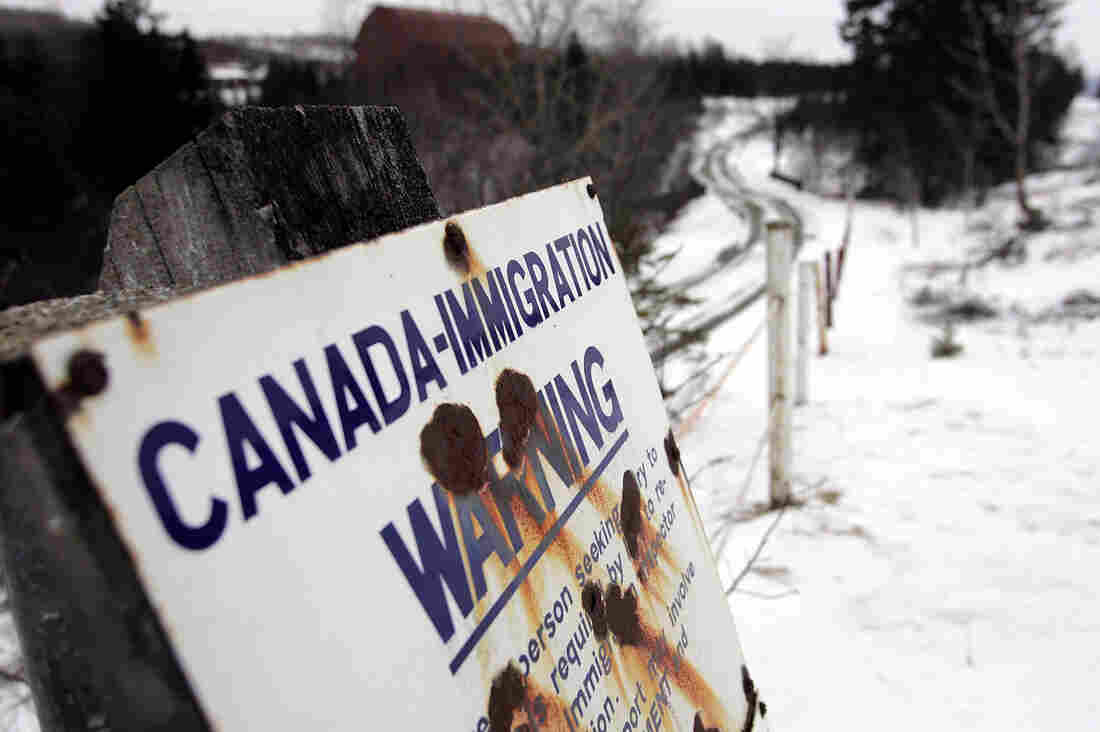 A sign marks the border between Canada and the U.S. near Beecher Falls, Vt. Joe Raedle/Getty Images hide caption 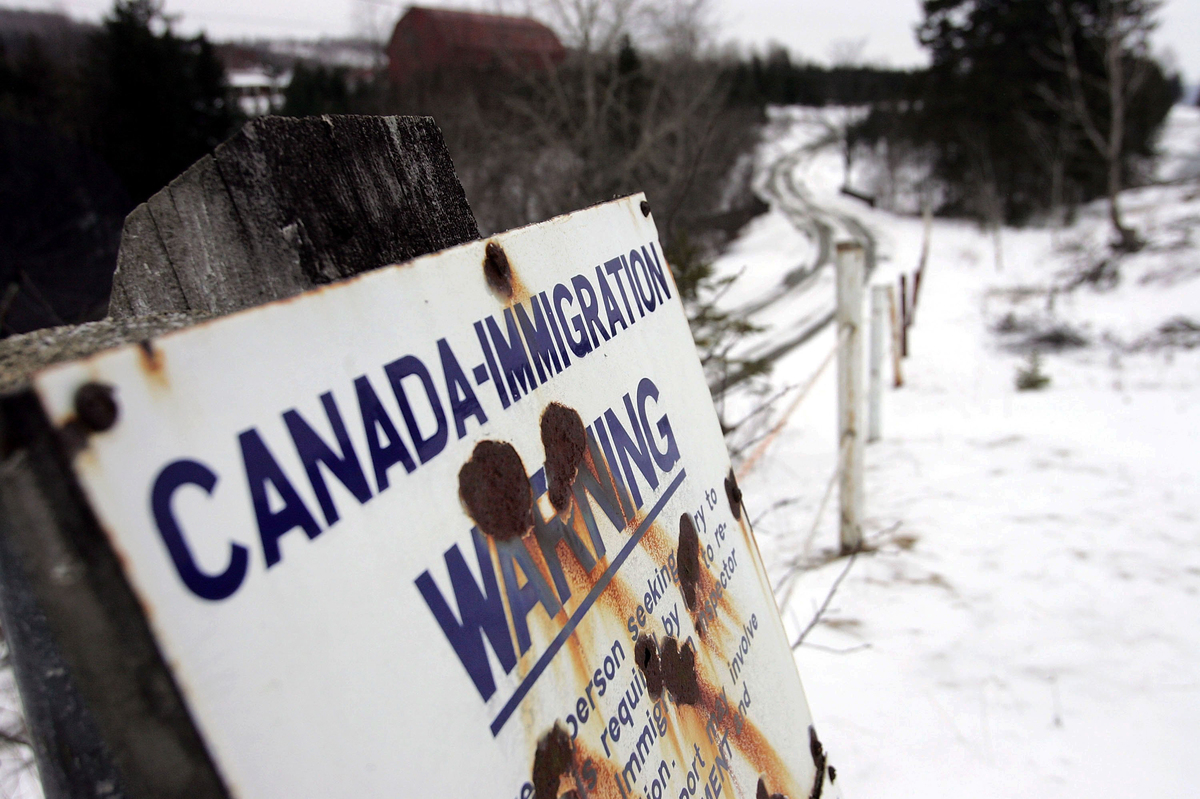 A sign marks the border between Canada and the U.S. near Beecher Falls, Vt.

During the campaign, Donald Trump promised to punish "sanctuary cities" — jurisdictions which limit local law enforcement cooperation with federal immigration enforcement. Since the election, cities such as Chicago and San Francisco have doubled down on their sanctuary policies, saying local police need to build trust with communities, including people in the country illegally. Critics of sanctuary policies say the cities are fostering a sense of amnesty for people who break federal law.

It's a long-running argument, and it's not unique to the U.S. Our neighbors to the north and south have also been grappling with the question of police involvement with national immigration law.

A few Canadian cities have adopted the "sanctuary city" label, but in practice they don't offer the same kind of protection from law enforcement that American sanctuary cities do.

"When American jurisdictions are saying they're sanctuary cities, and they're actually saying they will not cooperate with immigration enforcement, that's a really strong stand," says Harsha Walia, an activist with a Canadian pro-immigration group called No One Is Illegal. "That is not what municipal sanctuary cities here mean at all. They're not at all talking about not collaborating with detention and deportation."

Byron Cruz is a naturalized Canadian citizen, originally from Guatemala, who works with recent immigrants. He says the ones who don't have legal status fear encounters with the police. "There is no protection," he says. "If the Vancouver Police Department gets your name, your name can be accessed by the Canada Border Services Agency (CBSA)." 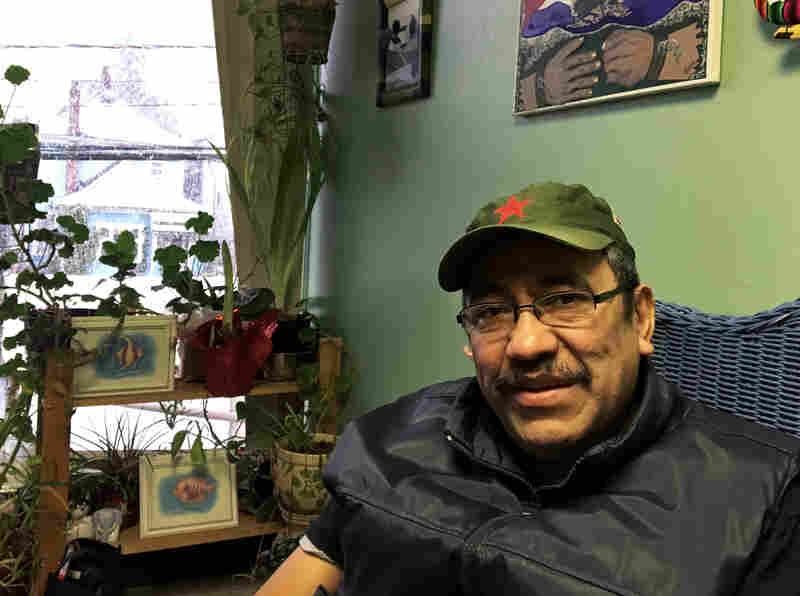 Byron Cruz, a naturalized Canadian citizen originally from Guatemala, works with recent immigrants. He says the ones who don't have legal status fear encounters with the police because he says there is no protection from the Canada Border Services Agency. Martin Kaste/NPR hide caption 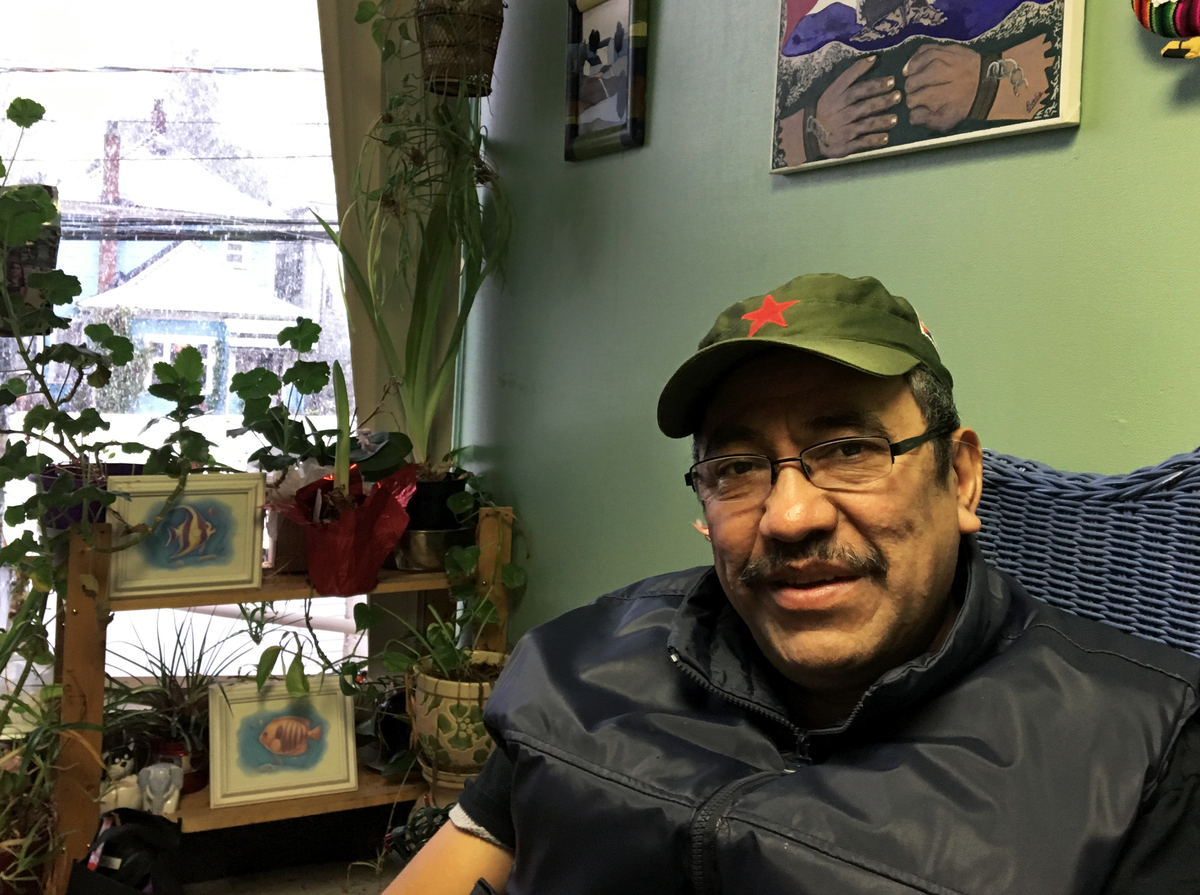 Byron Cruz, a naturalized Canadian citizen originally from Guatemala, works with recent immigrants. He says the ones who don't have legal status fear encounters with the police because he says there is no protection from the Canada Border Services Agency.

In the U.S., local law enforcement and jails can choose whether to assist federal immigration enforcement; in Canada, local police and jails are usuall expected to help.

"When an individual is subject to the CBSA immigration warrant, the police would be required to notify us of that," says David Lothian, with the Canada Border Services Agency.

In Vancouver, transit police have reported fare-beaters to immigration authorities, and hospitals have notified the CBSA about patients who appear to be in the country illegally. Campaigners have been pushing against that kind of enforcement, and the Vancouver Police Department now say they don't detain people "for the sole purpose of determining their status in Canada." But Walia says people without legal status still have reason to steer clear of cops.

Santa Fe Mayor Renews Commitment To Being A 'Sanctuary City'

Santa Fe Mayor Renews Commitment To Being A 'Sanctuary City'

In Mexico, police have been adapting to a different reality, resulting from a 2008 rewrite of its immigration law. "[It] decriminalized migration, so in theory it's no longer a crime to be an illegal immigrant in Mexico," says Jaime Arredondo Sanchez Lira, a former government official and currently resident fellow, at the Center for US-Mexican Studies at the University of California, San Diego.

"That was a consequences of violence ... tied to human trafficking," Arredondo says. By making illegal immigration punishable only by a civil fine, the hope was that migrants moving through Mexico would be less vulnerable to abuse and extortion. Unfortunately, Arredondo says migrants are still often targeted by corrupt police and military.

For Irish Illegally In U.S., A Life Locked In Place, Hoping For Change

"Many of the police forces are associated with drug dealers or smugglers, and in many cases they will hand you over [to smugglers] or extort money, or in some sad cases, kill you if you refuse to take part in their activities."

Officially, local police in Mexico aren't supposed to go around asking people about their immigration status, says Alejandro Lares, former chief of municipal police in Tijuana. But things change once they have probable cause of an immigration violation, or the person commits another crime.

"We are able to detain them, and once they're detained, we can actually call Mexican immigration, and they can find out if they're legal or illegal in our country," Lares says.

From Immigration To Infrastructure, Big-City Mayors Draw Up Wish List For Trump

"I don't think [police] would ever consider not to voluntarily cooperate with an immigration authority," he says, "if things are being done by the book."

In Vancouver, Canadian immigration lawyer Peter Edelmann says he also sees a difference between the way things are done in his country and the U.S.

"There does seem to be more acceptance of people living undocumented in some of the cities in the United States," he says.

"The other big difference in Canada is that there's a lot more mechanisms for regularizing status," he says. For instance, he says, people brought into the country illegally as children can usually get legal status on humanitarian grounds. So while it's true Canadians enforce immigration law more than the U.S. does, their law can also be more forgiving.