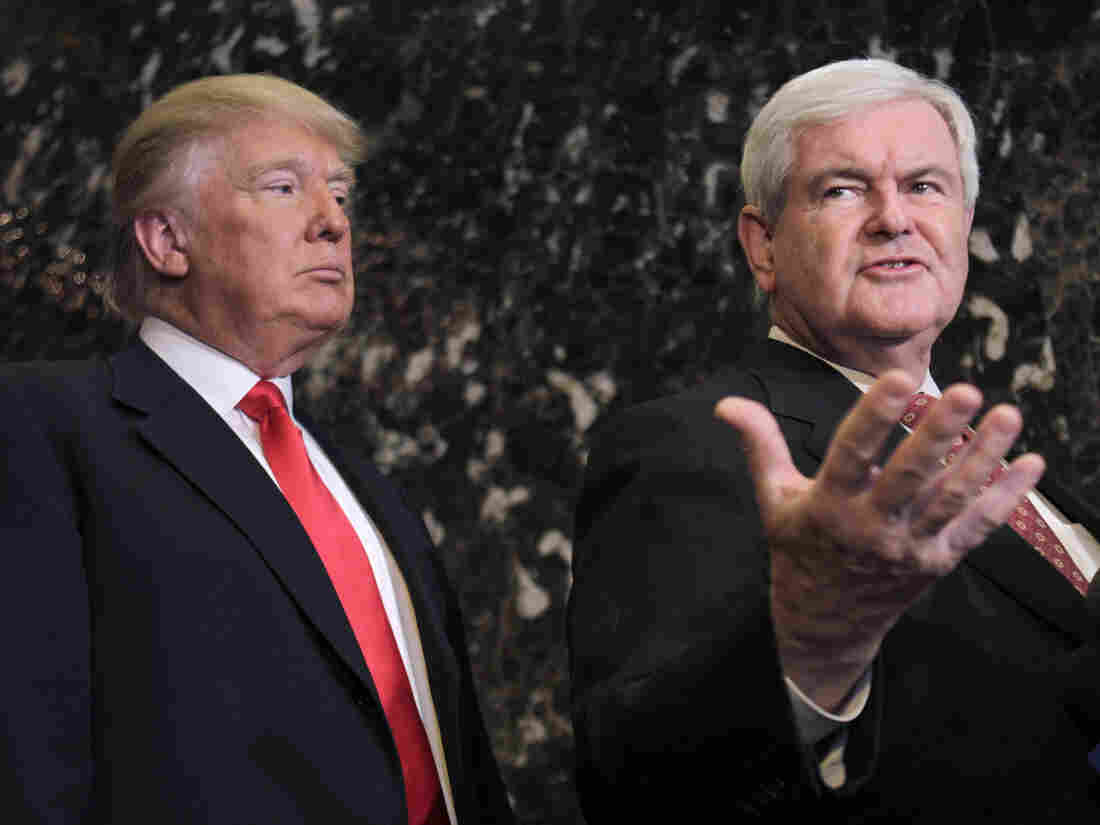 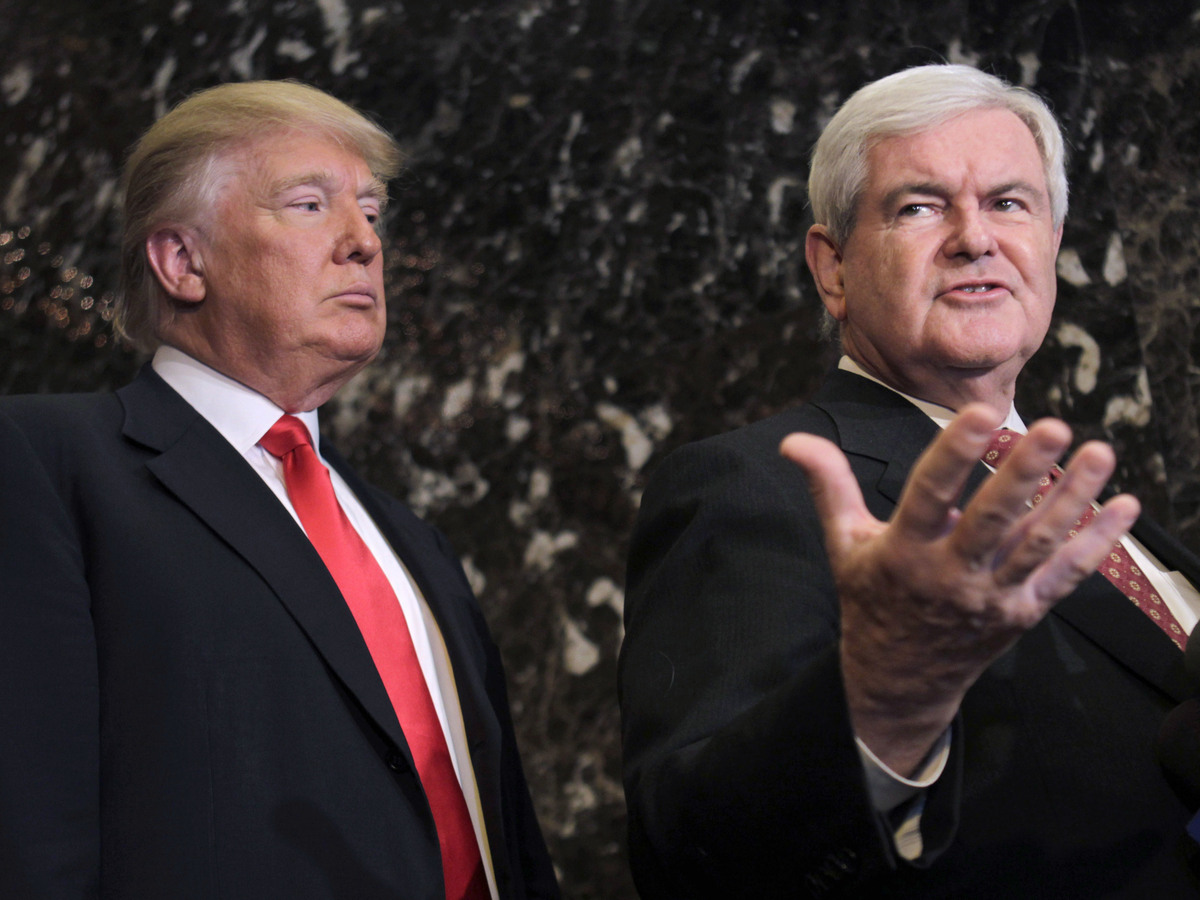 Donald Trump should deal with how to handle his business holdings before he takes office, says former House Speaker Newt Gingrich, an adviser to the president-elect. But Gingrich says it would be "an absurdity" to put Trump's holdings in a blind trust.

Gingrich suggests that a panel of respected experts with "total access" regularly monitor Trump's businesses and tell the president: "Don't go over these bounds. This has to be fixed; that can't be done that way."

Well, I think he needs to set a direction that allows people who are deeply opposed to Obamacare to realize it's gradually going to be reformed and rethought. ... I suspect that the opening 48 or 72 hours will have so many executive orders repealing Obama's executive orders that the average conservative will be giddy with excitement.

On Trump's message in naming so-called disrupters to his Cabinet, like Rick Perry as energy secretary and Scott Pruitt to head the Environmental Protection Agency

Trump's Cabinet Picks 'Take The Establishment And Shake It Upside Down'

He was elected by people who believe Washington has too much power, the Washington bureaucracy is too arrogant and imperial. This was an election that had consequence. It probably rivals the Reagan election of '80 and the FDR election of '32, in that sense. Obama, by the way, had a similar election but couldn't sustain it, partly because he kept lying. And this will be a real test for Trump. If Trump remains honest and seems like a person who's authentic, he's going to go a long way. If, under the pressure of the city, he starts dissembling and saying things that aren't true, he'll decay much as Obama did.

I think they're going to have to find some system that convinces most reasonable people that they're operating within bounds of integrity and bounds that prevent corruption and prevent misuse of power. ...

I've been suggesting that you find people, like [former] Attorney General [Michael] Mukasey, who are widely respected, and have a panel of, like, five of them who have total access to everything and who are able to say on a regular basis, maybe monthly, you know, don't go over these bounds, this has to be fixed, that can't be done that way.

That will not last. This is not a country that wanders around trusting people with power. This is a country that wants accountability. ... Now, again, he is unique and I totally defend him against those who, for example, want him to put his holdings in a blind trust, which is an absurdity. ...

A large part of his holdings are Trump golf clubs, Trump hotels. I mean, we have never quite had anyone of this scale to occupy the White House, and it's going to require us to think about how do you deal with this in a way that's effective and that serves the interest of the country, but also meets some kind of practical common sense test.

The Constitution gives the president of the United States an extraordinarily wide grant of authority to use the power of the pardon. I'm not saying he should. I'm not saying he will. It also allows a president in a national security moment to say to somebody, "Go do X," even if it's technically against the law, and, "Here's your pardon because I am ordering you as commander in chief to go do this."

On Trump's often-stated promise to "drain the swamp" in Washington

I'm told he now just disclaims that. He now says it was cute, but he doesn't want to use it anymore. ... I'd written what I thought was a very cute tweet about "the alligators are complaining," and somebody wrote back and said they were tired of hearing this stuff. ...

Trump And Gingrich Disagree On That Whole Swamp-Draining Thing

I've noticed on a couple of fronts, like people chanting "lock her up," that he's in a different role now and maybe he feels that as president, as the next president of the United States, that he should be marginally more dignified than talking about alligators in swamps. I personally have, as a sense of humor, like the alligator and swamp language. ... I think it vividly illustrates the problem, because all the people in this city who are the alligators are going to hate the swamp being drained. And there's going to be constant fighting over it. But, you know, he is my leader and if he decides to drop the swamp and the alligator, I will drop the swamp and the alligator.

When It Comes To Wealthy Leaders, World Abounds With Cautionary Tales