Accessibility links
'Certain Dark Things' Takes The Vampire Story In A New Direction Silvia Moreno-Garcia's latest, Certain Dark Things is a vampire story set in modern-day Mexico. She recalls being a child in Mexico and hearing tales of vampire witches from her great grandmother. 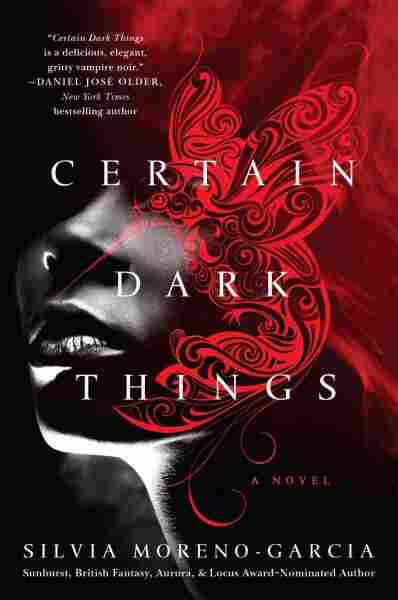 This is the darkest time of the year, which makes it a perfect time to discuss creatures of the dark — specifically, vampires.

Silvia Moreno-Garcia's latest novel, Certain Dark Things, takes the vampire story in a new direction, beginning with the setting: Mexico City. She tells NPR's Ari Shapiro that there is a long tradition of vampire witch legends in Latin America and the Caribbean. "They tend to feed off children," she says. "So one of the things that we say in Mexico is, 'se lo chupó la bruja,' the witch sucked him."

On the legends she heard as a child in Mexico

My great-grandmother was from Hidalgo, and she used to tell me stories about witches. One of the ones she told me was that sometimes they would gather outside in a tree near her home, in the shape of giant green fireballs. And they would cackle, and they would taunt people.

Fact and fiction were fairly mixed — she would tell me stories about the Mexican revolution and also about living in the countryside in that time period — and those were accurate. But at the same time, she was telling me about winged snakes, about witches in the trees, about these witches that turn into animals ...

It's probably a lot better to imagine that you can deal with vampires and witches, because at least those, there's some ways to combat them. When you're talking about humans, there are no certain remedies for dealing with a band of roving soldiers.

On her great grandmother

She couldn't read. They were very poor farmers, working since she was a tiny child, and she told stories. She would tell me stories at bedtime, and she would also retell movies — and maybe she put several movies together, or she just changed the ending because she didn't like it.

I'm from the north of the country, so I think about this quite often. In a way, writing the book was about dealing with things that are very stressful to read about in the newspaper — all the murders and the crime and the things that are happening in the border zone and in other parts of the country. But because it's vampires, I can deal with it.