Accessibility links
In A Small Town, Veterans Provide A Big Service To Their Peers At the VETS Peer to Peer Outreach Center in Watertown, N.Y., veterans come to socialize and connect. Veterans Tim Cryster and Dave Robertson lead a team that helps their peers find support. 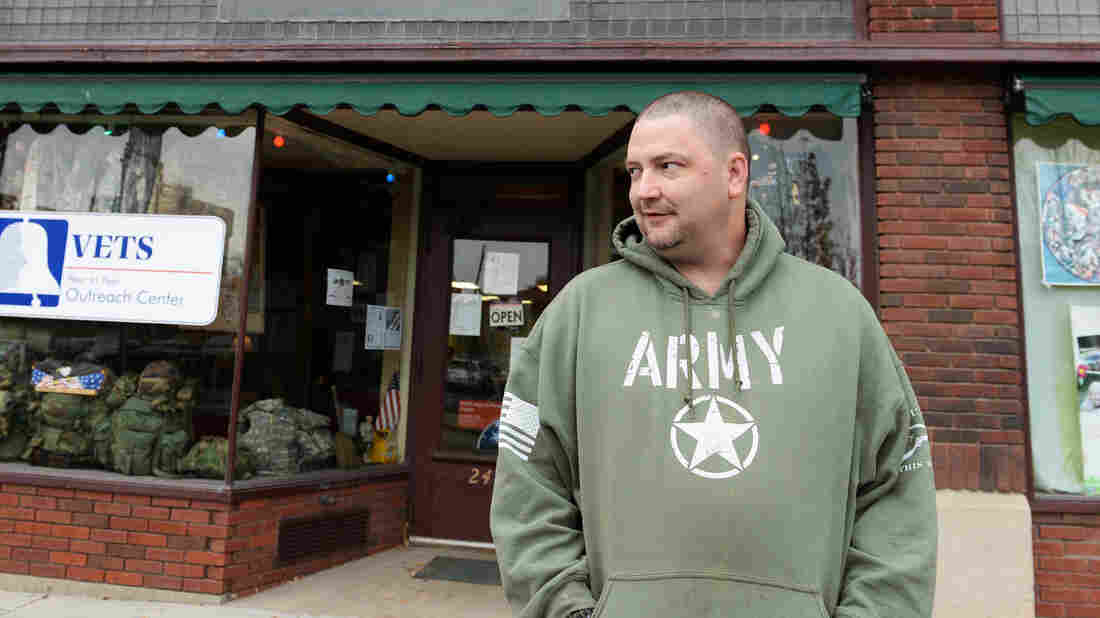 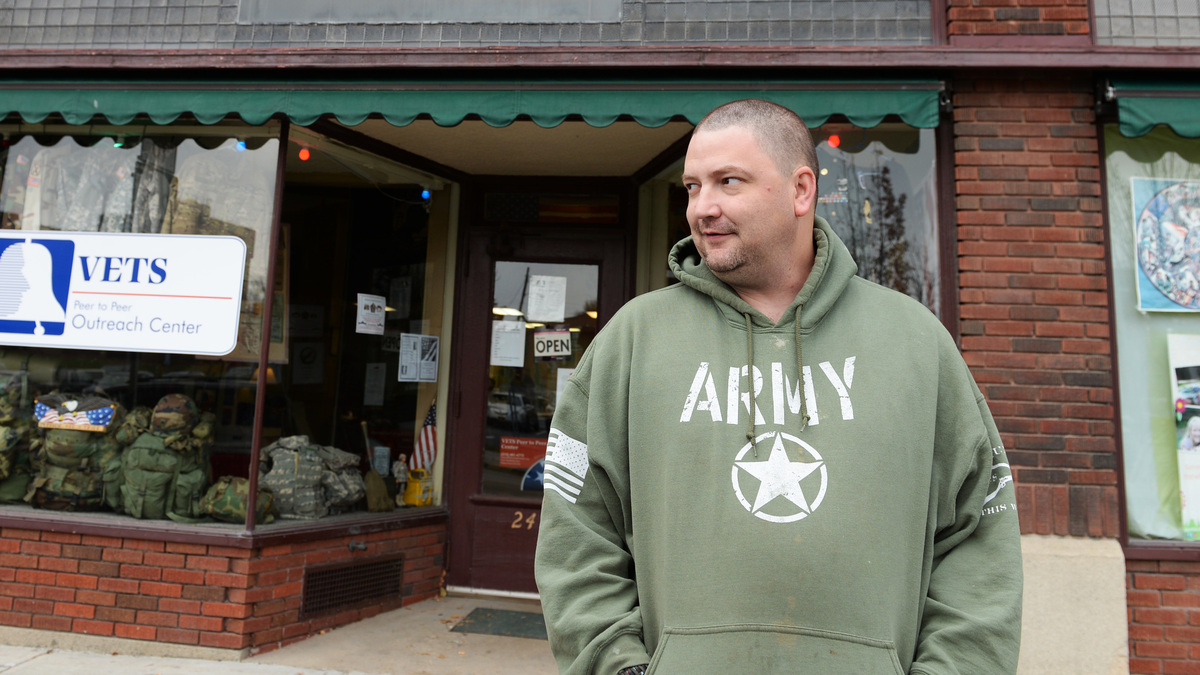 When Donald Trump won the presidential election, he made a pledge to every citizen: that he would be president for all Americans. In the weeks before Trump's inauguration, we're going to hear about some of the communities that make up this nation, from the people who know them best, in our series Finding America.

Overseeing care for military veterans will be one of Donald Trump's biggest responsibilities as president. In Watertown, N.Y., home of Fort Drum and the Army's 10th Mountain Division, veterans visit the VETS Peer to Peer Outreach Center for support.

This piece was produced by Meredith Turk of Localore: Finding America, a national production of AIR, the Association of Independents in Radio. Find more stories at NPR and at Finding America.

Veterans Tim Cryster and Dave Robertson lead a team at the center that helps other veterans. They provide food, clothing, help navigating veterans' benefits and, sometimes, an ear for veterans who need to talk.

Cryster says the center offers an experience that is "reliably unique" compared with what most veterans face when they look for support. He says they rewrite the mission every time a new person walks through the door.

"Veterans don't ask for help," Cryster says. "They're less likely, I think they're almost two times more likely to not ask for help even when they need it. But when they do, they'll let go. So you grab on to their thing, and they say, 'OK, you've got me.' And I say, 'Roger, I've got you.' "