Accessibility links
'Normal': The Word Of The Year (In A Year That Was Anything But) Linguist Geoff Nunberg says that the fact that people are talking a lot about "the new normal" is a sign that we're living in strange and unsettling times. 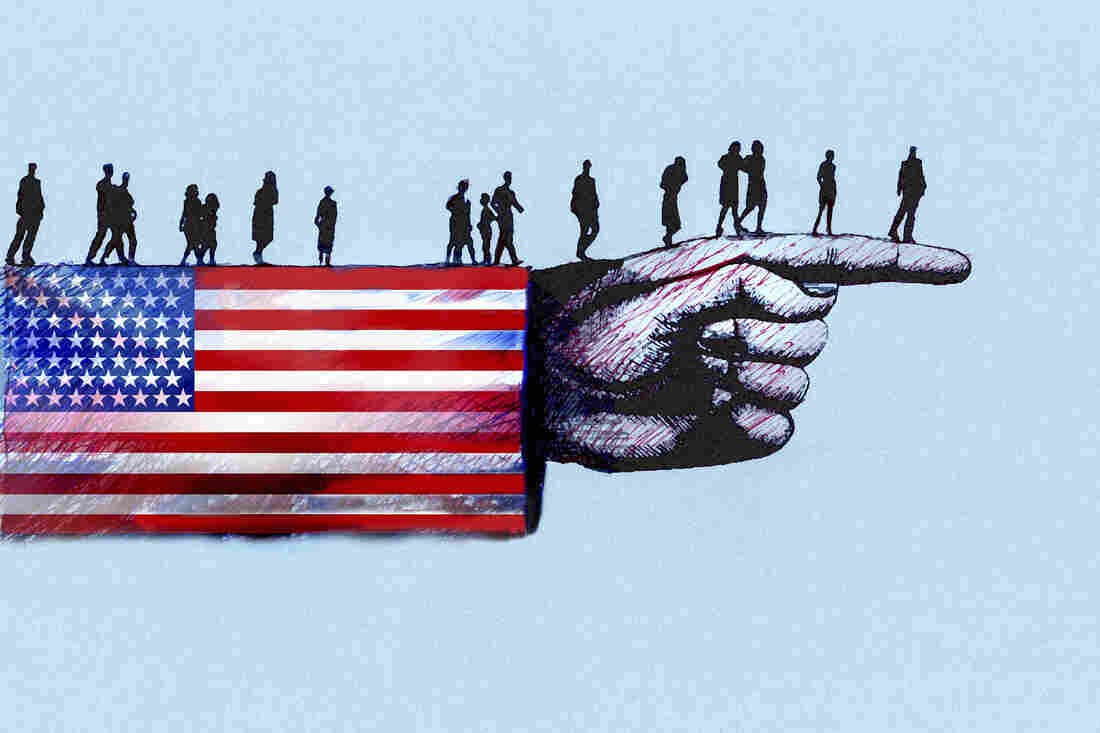 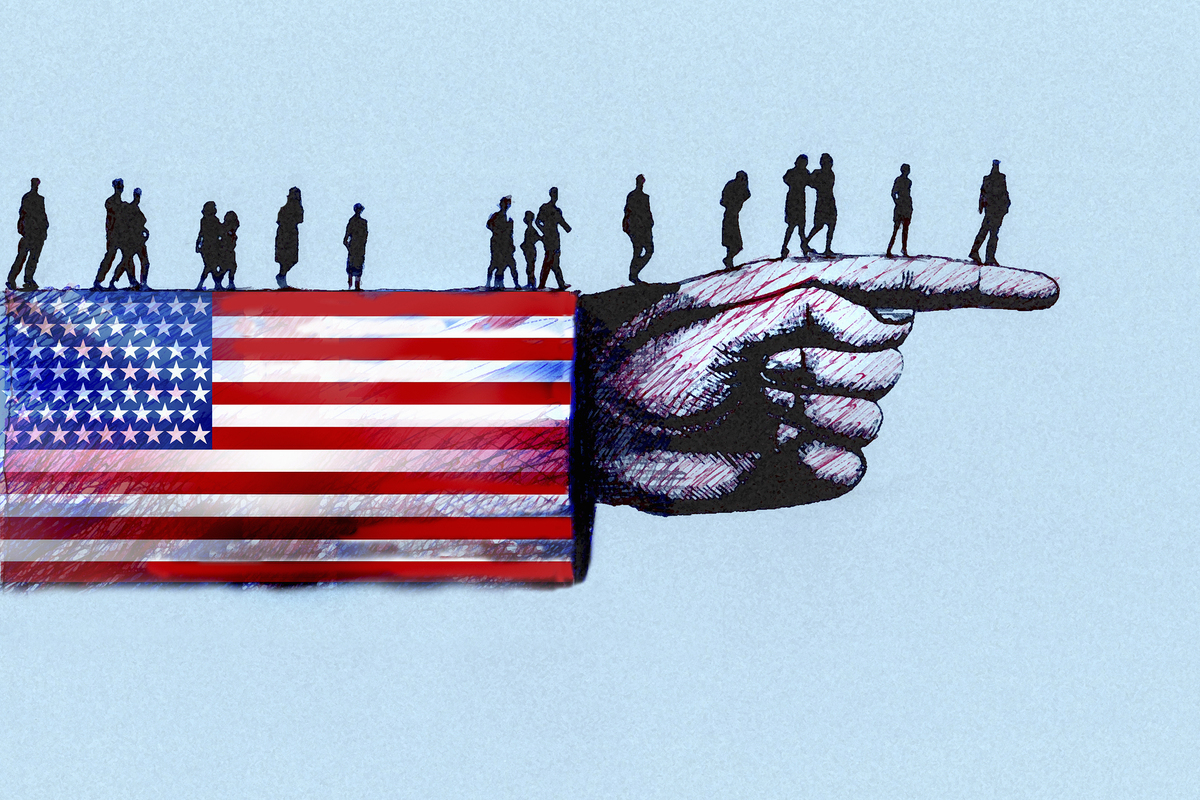 It's been an unusual political year, to put it mildly, and you could write most of its story just by tracking its effects on the lexicon — the new words and new uses of old ones, some useful, some that we could do without.

I'll come to some of these in a minute. But for my word of the year, I'll go with "normal" and its sister "normalize." That may seem perverse for a year like this one, but when people are talking a lot about normal it's a sign that we're living in extraordinary times.

Start with "the new normal." Since the beginning of the century, that's how we've announced that events have forced us to accept new realities. In 2002 the new normal was long airport lines. In 2009 it was kids moving back in with their parents. Then came school lockdowns, soaring college debt and safe spaces.

But when you search on the phrase now, the results are always political. For some it's an energized racist fringe. For a writer at Forbes it's Pizzagate and online vigilantism. For The Washington Post it's a succession of pre-presidential tweets, dramas and victory tours that swell to fill every corner of the mediasphere.

But "normal" is a tricky word, with a Janus-faced meaning that it inherited from its origin as a medical term. It can refer to what's typical or expected, as in normal traffic or normal wear and tear. But it can also mean healthy or acceptable, as in a normal blood count.

But "normal" is a tricky word, with a Janus-faced meaning that it inherited from its origin as a medical term. It can refer to what's typical or expected, as in normal traffic or normal wear and tear. But it can also mean healthy or acceptable, as in a normal blood count.

The meaning varies with context. When Newt Gingrich says that Donald Trump isn't normal, it means he's unconventional. When President Obama says it, it means he's bizarre. It's that meaning that people who are alarmed about the election results are getting at when they say that there's nothing normal about the new normal, and we shouldn't pretend otherwise.

The air has been full of warnings about "normalizing" Trump's remarks and actions or the unsavory factions and ideologies that bubbled to the surface during his campaign. They come not just from Democrats and the left, but also from the "never Trump" conservatives like Charles Krauthammer and Bill Kristol. It's a genuinely new note in American politics. People may have challenged the legitimacy of both Bush and Obama, but nobody ever argued that they weren't normal.

What people mean by "normalize" can be vague and open-ended. But one way or another, it usually comes down to a choice of language. People accused The New York Times of normalizing Trump's environmental adviser when they described him as a "climate contrarian" rather than a denialist, implying that his views were within the sphere of legitimate debate.

The Times caught still more flak when it slid over Steve Bannon's role in building the site Breitbart.com into a platform for the so-called alt-right and described him in a headline as a "combative populist," a term that could just as easily fit Bernie Sanders.

The press has been particularly uneasy about normalizing that term "alt-right," and with good reason. It doesn't really deserve to be a word in the first place. It was concocted by white nationalists as a rebranding move — it sounds like an indie music genre, as if you can make racism hip by slathering it in irony and squeezing it into a pair of skinny jeans. It embraces a collection of malignant Internet trolls, conspiracy theorists and the misogynists of what's called the "manosphere" — a whole basket of deplorables, to mention another word-of-the-year contender.

Some people won't touch "alt-right" at all. You can get an extension for the Chrome browser that replaces every instance of "alt-right" with "rebranded white nationalism." The mainstream media are wary of it, too — the AP urges reporters to put it quotes and to make its racist connotations explicit. But it's too late to drive it back into the shadows.

The misgivings about the new normal most often come down to a sense that truth itself is on the ropes. Between Trump and Brexit, there was a lot of talk on both sides of the Atlantic last year about "post-truth" politics, which led Oxford Dictionaries to make "post truth" their word of the year.

That term goes back to the early 1990s, but this really feels like a new era, with its epic tweetstorms, its fake news and its filter bubbles — more contenders for the word-of-the-year honors, though they've all been around for a while, too. And there's also the sense that people care less about facts than reassuring narratives. As a New York Times editorial pointed out, political figures no longer bother to spin the facts — now they feel free to ignore them.

The establishment media seem to be sticking to their guns, though their own language is changing in response. It's become routine to see USA Today and nbc.com using words like "baseless" and "bogus" in the headlines over reports of dubious claims and stories. That's the new normal, too.

I doubt whether "normalize" will have legs. As David Axelrod put it, it's already a hackneyed cliché. But the rules have changed for good. And so has the language. While we're ticking off all the new expressions, we might make a place for the ones that have dropped out of sight. It's been a while since I heard anybody talking about "politics as usual."