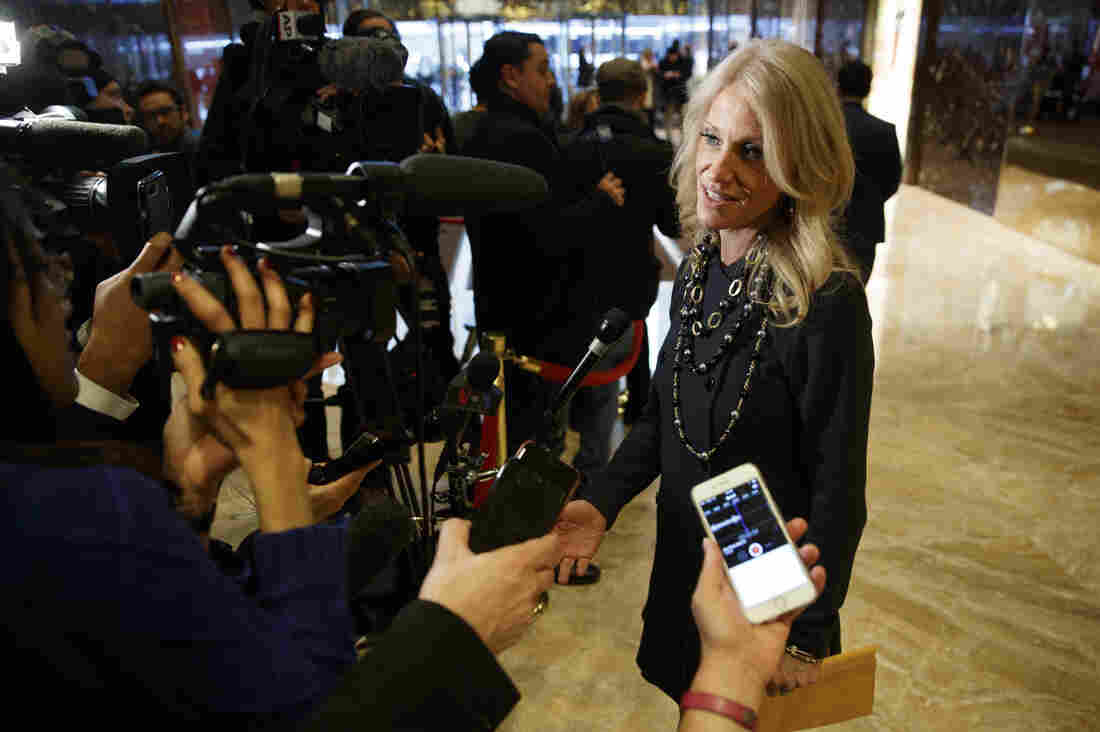 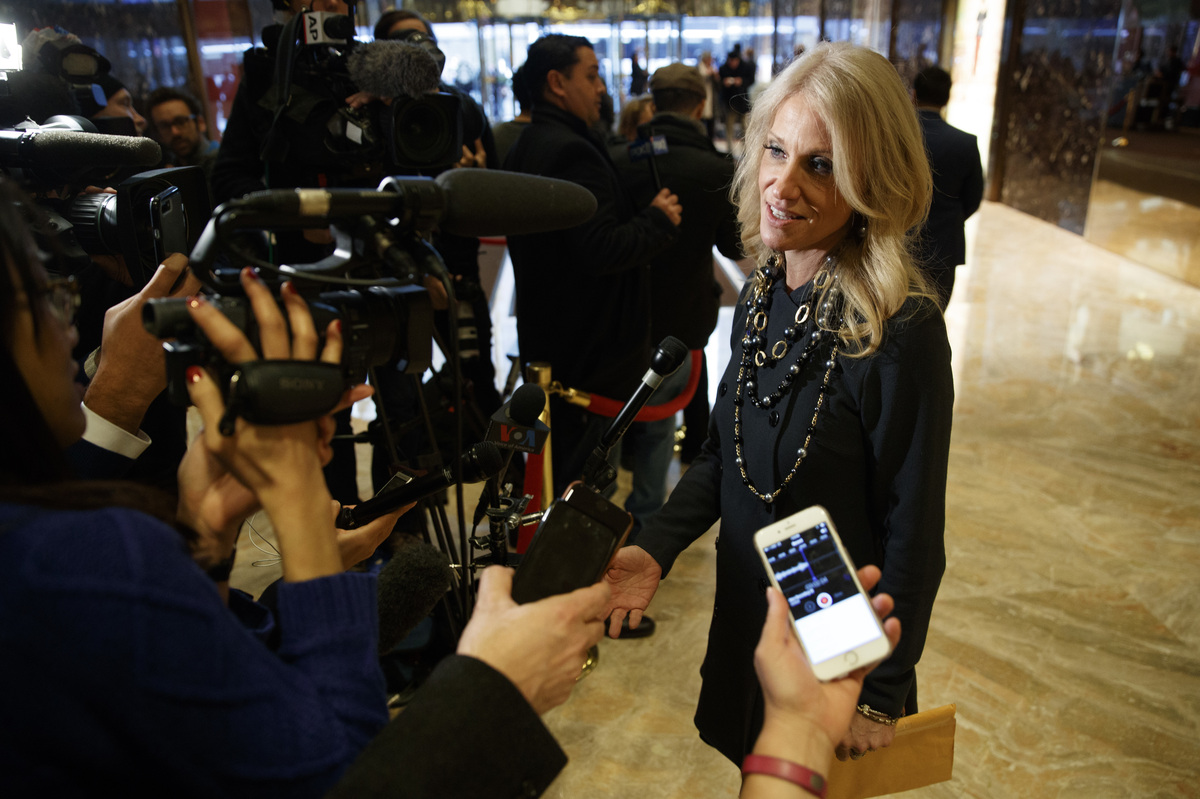 Kellyanne Conway will serve as counselor to the president, the transition team announced on Thursday. Sean Spicer will be press secretary, and Jason Miller has been named director of communications.

Conway was the third and final manager of the successful Trump campaign. She often served as an on-camera spokeswoman for Trump and is credited with bringing much-needed discipline to both the campaign's message and the candidate himself.

"She is a tireless and tenacious advocate of my agenda and has amazing insights on how to effectively communicate our message," Trump said in a statement. "I am pleased that she will be part of my senior team in the West Wing."

Spicer, a former spokesman for the Republican National Committee, will also have a prominent role as press secretary and public face of the new administration. Campaign veterans Miller, Hope Hicks and Dan Scavino will follow Trump to the White House as well.

There had been some question about whether Conway would take a job in the administration. She has spoken openly about the challenge of balancing such a job with raising four children, and suggested she might prefer to serve the incoming president from outside the administration.

"I know this will be a very family friendly West Wing and White House," Conway told Fox News this morning. "The gravity and the responsibility of serving at a senior level for the president of the United States — it's difficult to pass that up."

She joked that three of her children are on board with the move, but her 12 year old daughter is resistant.

"When you're a pollster and you have 75 percent agreement on anything, you're really excited," Conway said.

"I am humbled and honored to play a role in helping transform the movement [Trump] has led into a real agenda of action and results," Conway said in a statement.