Accessibility links
Scorsese's 'Silence': A Clash of Cultures — And Creeds — In 16th Century Japan Two Portuguese priests travel to Japan to find their mentor in Martin Scorsese's fairly conventional historical drama, which our critic calls "the director's most punishing film since Raging Bull."

Scorsese's 'Silence': A Clash of Cultures — And Creeds — In 16th Century Japan

Scorsese's 'Silence': A Clash of Cultures — And Creeds — In 16th Century Japan 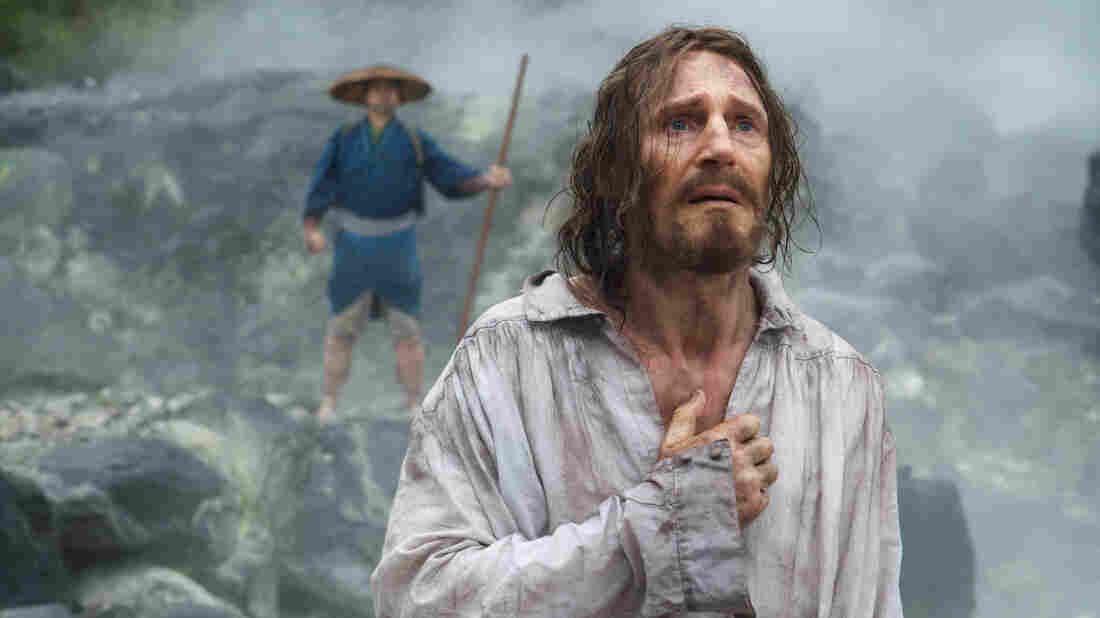 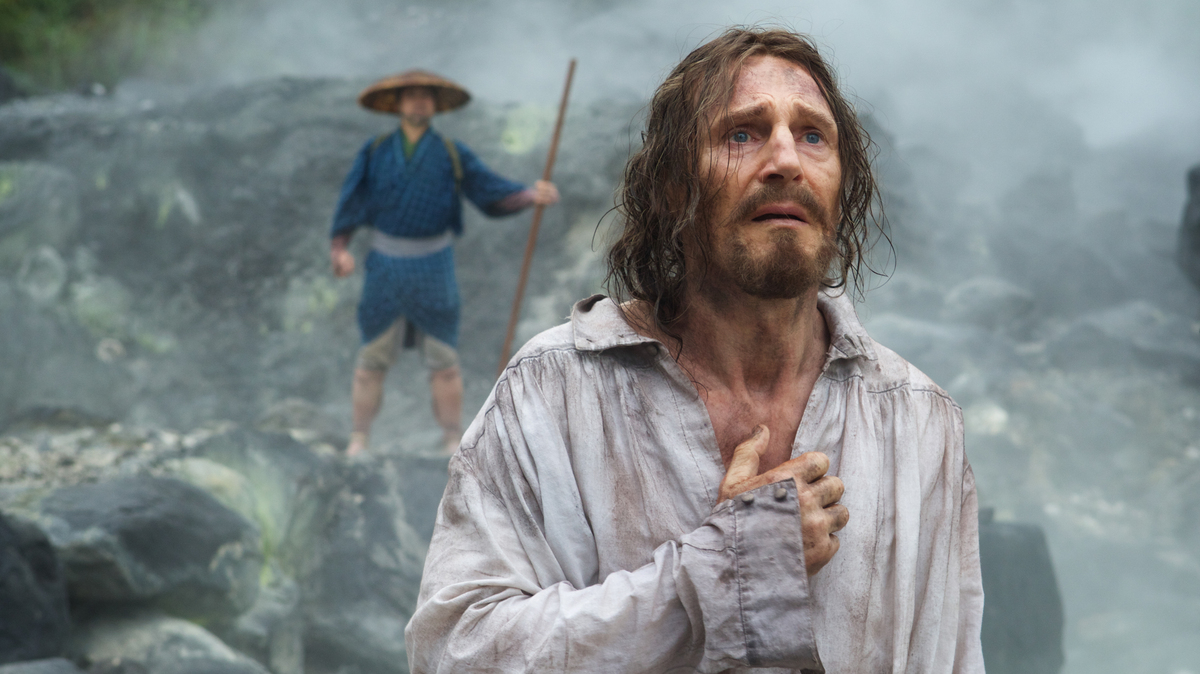 Spiritual quandaries — or at least questions of guilt — lace most of Martin Scorsese's films. Yet despite his Catholic upbringing, the director worships primarily at the church of cinema. Thus his stately if not quite transcendent adaptation of Shusaku Endo's 1966 novel Silence is as much a chance to impersonate great Japanese auteurs as it is an investigation of faith under duress.

Scorsese may have been thinking of the austere religious dramas of such European directors as Robert Bresson and Carl Theodor Dreyer when he began this long-gestating project, a welcome break from the flashy trivialities that have been his recent specialty. But part of the appeal must have been the opportunity to stage scenes that explicitly echo the trial in Akira Kurosawa's Rashomon and the misty lake crossing of Kenji Mizoguchi's Ugetsu.

Such homages help give the nearly-three-hour Silence more gravity than Scorsese's previous religious epics: The Last Temptation of Christ, which was a bit too much like a long-form music video, and Kundun, which was chiefly picturesque.

The story in set in the mid-16th century, when Christianity (and almost all Westerners) are banned from Japan. Most of the Portuguese priests who brought their religion to an initially welcoming country have been executed. A few renounced their God under torture.

Among the latter, it's rumored, is Father Ferreira (Liam Neeson). Two of his former students, Father Rodrigues (Andrew Garfield) and Father Garrpe (Adam Driver) insist on traveling to Japan to learn the truth. It turns out be even worse than they expect.

Horrible torments are inflected not just on foreign priests, but also on their Japanese followers, most of them peasants who live near Nagasaki. The idealistic newcomers learn that to profess belief in Jesus is not simply to risk their own lives. The Japanese authorities, personified by inquisitor Inoue (Issei Ogata) and his translator (Tadanobu Asano), will continue to torture and kill local "Kirishitans" as long as there are any clergy active in the country.

Endo's novel has been filmed twice before, notably by Masahiro Shinoda in 1971. In that telling, the Portuguese were clearly the foreigners; most of the dialogue was in Japanese. In Scorsese's telling, all the major characters speak English, at least most of time.

That's one of the ways Silence is a fairly conventional Hollywood historical drama. The actors employ a variety of accents — Driver is the only one who attempts to sound Portuguese — and acting styles. The Westerners go for a more inward approach, aside from Garfield's occasional melodramatic moment. Ogata and Asano are stagier, and even comic. This may be another bow to Kurosawa, whose period films featured Kabuki-inspired performances.

The film's title refers to the lack of divine guidance, leading to doubts that Rodrigues likens to Jesus' while being crucified. The priest even has his own personal Judas, Kichijiro (Yosuke Kubozuka), who regularly betrays his faith, only to scurry back to ask for absolution. The film underscores God's silence with an exceptionally spare score and ambient sound design: buzzing cicadas, faint drums, a shakuhachi in the distance.

Endo, a rare Japanese Catholic, emphasized individual uncertainty over broader historical or social issues. His portrait of Rodrigues' isolation surely appealed to Scorsese, who's often made films about loners. He and co-scripter Jay Cocks follow the novel faithfully, up until they embroider the story with a new ending that's both somber and glib.

The final scene is the most Hollywood thing about the movie, although it's probably not enough to win a large audience for the director's most punishing film since Raging Bull. It's easier to sell a story of redemption in the boxing ring than one set in a historical moment where both Asian and European characters are fighting for creeds they've since largely abandoned.