Accessibility links
'The Way Of The Strangers' Explores The Pull Of ISIS Graeme Wood is both a journalist and a serious student of Islam; his new book, The Way of the Strangers, digs into the lives and motivations of men the men who join the so-called Islamic State.

'The Way Of The Strangers' Explores The Pull Of ISIS

'The Way Of The Strangers' Explores The Pull Of ISIS 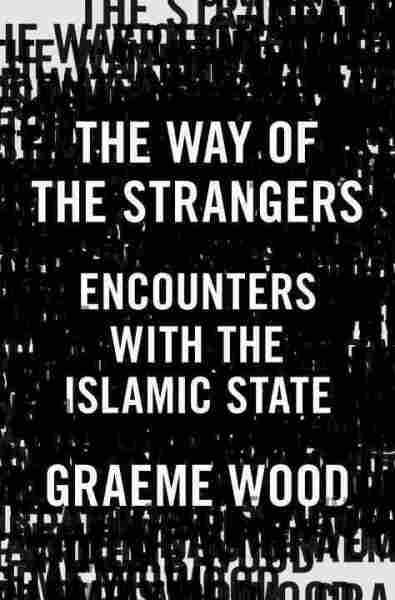 The Way of the Strangers

Encounters With the Islamic State

Graeme Wood may be known as a journalist, but don't be fooled: He is a serious student of Islam. His articles on the so-called Islamic State have generated controversy, because he says the group should not be dismissed as deviants who know nothing about Islam. On the contrary, their leaders and recruiters know the texts from the Quran and the Hadith — the reported sayings of the Prophet. Challenge what they make of these — and most Muslims around the world do — but don't suggest they are lacking in their religious knowledge, or that they are not Muslims.

In his new book, The Way of the Strangers, he takes this theme further. "Muslim critics of the Islamic State are compelled to acknowledge that the group is led by and supported by Muslims," he writes, "albeit Muslims with whom they vociferously disagree. The mortification is in the discovery that the Islamic State consults the same texts as other Muslims and dips into the same Sunni historical traditions."

Wood knows what he is talking about; if you want to read in one place a discourse on the competing branches of Islam, an explanation of its different legal schools, a dictionary of its essential terms, why Sunnis see Shia as having "left the faith," and how Salafi and Sufi Muslims differ, this is your book. But that is not the reason to read it — and that is certainly not why Wood wrote it.

No, this book is about his encounters with those who are believers in the Islamic State. What makes it such interesting reading is that Wood sets out in the best journalistic tradition to understand who these people are, where they come from, how they got there, and what makes them tick. He tells the stories of these encounters with very real people — and they take place all over the globe, stretching from Egypt, to Australia, to Great Britain, to Norway, to the Philippines, and to the United States.

Wood sets out in the best journalistic tradition to understand who these people are, where they come from, how they got there, and what makes them tick.

We meet Hesham Elashry, an older Egyptian who spent time in the United States and at one time made suits for the actor Paul Newman. And Musa Cerantonio, who lives in Australia and is one of the "seducers" or recruiters on-line for the Islamic State. Born Robert Cerantonio, a Catholic, his father left at an early age, and he converted to Islam after finding its simple logic and piety compelling. Like other converts, he has a facility with languages and he excels in reciting Quranic text and attracting followers. But he, too, is a follower of Yahya Abu Hassan, a.k.a. "Yahya the American" — who argues in classical Arabic for the righteousness of his cause, a cause that finds all justice in fulfilling literally the words of the prophet. Even if that means killing and waging war with non-believers, or those who claim to be Muslims but betray the iron-clad laws of the faith.

Through Wood, we meet not Yahya but his family from Texas. He was born John Georgelas, to a well-to-do family in Plano, Texas. His father Tim is a doctor who went to West Point and served in the Army and the Air Force. His grandfather also served, including on the Joint Chiefs of Staff. Yahya, sickly as a kid,sought refuge in religion — initially Greek Orthodox — and then converted to Islam two and half months after 9/11, in what Wood calls the ultimate form of rebellion. There are, of course, other manifestations of rebellion, but Yahya had great talent for languages, mastered Arabic, and found his calling in studying Islam and then being attracted to its most extreme, intolerant form. Today, he is in Raqqa as the chief English-language polemicist for the Islamic State.

We also meet Hamza Yusuf and Yasir Qadhi, both Muslims, both scholars and scathing critics of the Islamic State (and also of each other). Wood wants them to debunk the Islamic State, and they do, but their criticism and that of others does not mean the Islamic State will simply melt away. It has an unfortunately enduring appeal, because the caliphate fulfills what the Prophet foretold would emerge. It answers a need for some where governance is terrible, poverty and corruption abound, and injustice seems so prevalent.

Here is Wood's greatest fear: That the defeat of the Islamic State in Syria and Iraq won't mean its demise. I am less pessimistic. Like all charismatic movements, it depends on success to sustain itself. Failure and defeat deny its claim to a divine mandate. Will there be successors to the Islamic State that offer a simple explanation for the oppression that exists, and a simple prescription for salvation? Yes. But that is not a new phenomenon. And we must deal with that reality by treating the root causes — and in the Muslim majority countries, that calls for finding a way to reconcile Islam with modernity. Not simple to be sure, but necessary.

Ambassador Dennis Ross is a former U.S. envoy to the Middle East and a fellow at the Washington Institute for Near East Policy. His most recent book is Doomed to Succeed: The U.S.-Israel Relationship from Truman to Obama.