Accessibility links
What The Democratic Party Can Do To Recover In 2017 Democrats have a lot to do in the new year, as they start to try to recover from a bruising 2016 election. But searching for their next presidential candidate isn't necessarily the answer. 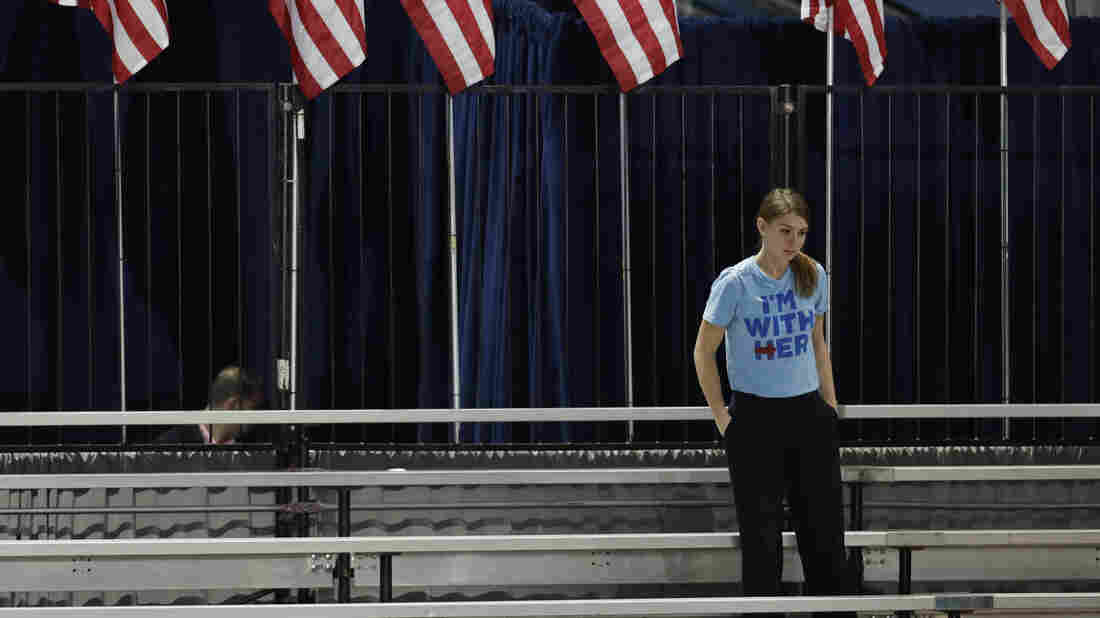 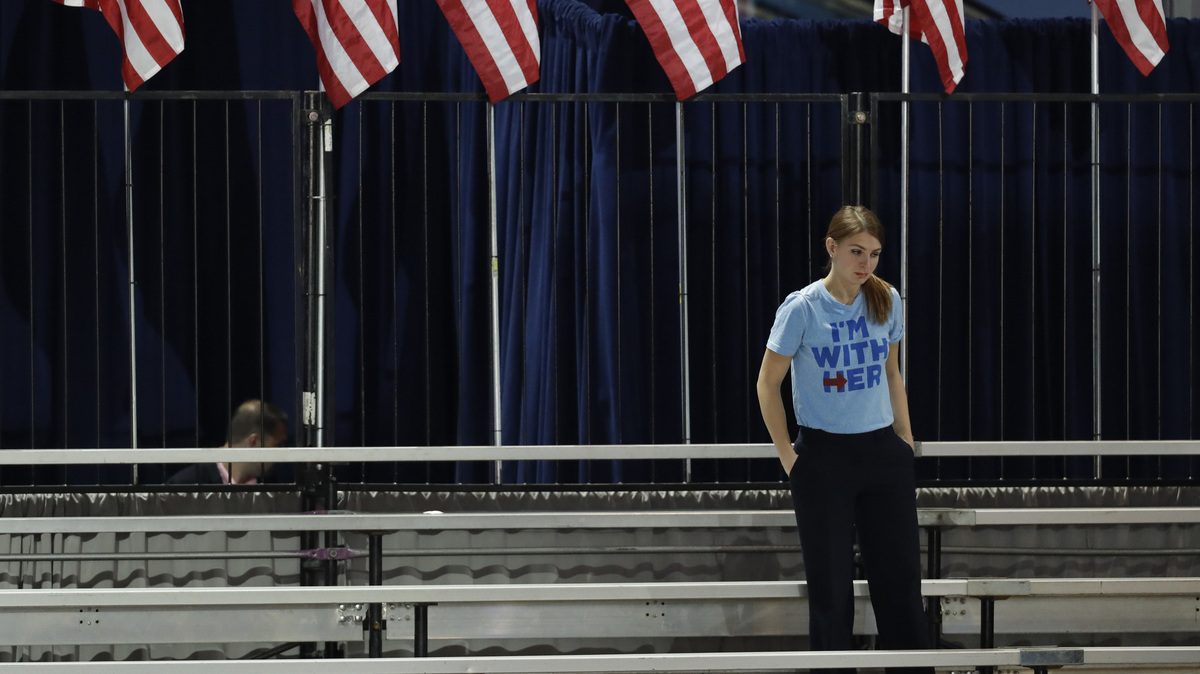 The Republican Party heads into 2017 with more power than it has had for a long time.

For the Democrats, it's a different matter.

Hillary Clinton's loss in the presidential race and Democratic failures further down the ballot have the party searching for a way forward.

Here are five things Democrats need to do, as they look for a path out of the political wilderness:

1. Be clear about how bad things are — and are not — for the Democratic Party.

Democrats are clear-eyed about the size of the hole they're in. It's deep. Every president loses seats for his party, but no president in U.S. history has presided over bigger losses than Barack Obama. In the eight years he's been in office, Democrats have lost so many seats at every level of government that they now have fewer elected officials nationwide than at any time since the 1920s.

Not only are they in the minority in every branch of government in Washington, but beyond the beltway Democrats have a "trifecta" — control of both state houses and the governor's mansion — in only 6 states. Republicans have total control of state government in 25 states.

Democrats are facing even more headwinds in 2018. The party in power usually loses seats in midterm elections, so Democrats should expect to pick up some seats. But while they may defeat a handful of Republicans in the House, the Senate map looks terrible for them — 25 Senate Democrats are up in 2018, and 10 of them are defending seats in states Donald Trump won. Republicans, on the other hand, have only eight senators up for reelection — mostly in safe red states.

But there is a silver lining for Democrats, sort of. They have 48 seats in the Senate. They can still filibuster at least — unless Republicans change the rules altogether. Hillary Clinton also did win the popular vote by around 2.1 percentage points and almost 3 million votes. This election was not a repudiation of Democrats' ideology. Their base is the rising American electorate — young people, African-Americans, single women, Hispanics, all parts of the voting population that are growing.

The Republican base is older, whiter, non-college educated, more rural — groups that are declining in relative numbers. Trump won by squeezing more out of a shrinking piece of the electoral pie. Democrats may be limping out of the 2016 election, but they have long-term advantages if they can figure out how to harness them.

2. First things first: Get a message on the economy.

As Democrats form the circular firing squad that is the time-honored tradition of losing parties, they have many different scapegoats — James Comey? Vladimir Putin? Bernie Sanders? Bill Clinton and Loretta Lynch? Anthony Weiner?

But most Democrats agree on one thing: They need an economic message.

Hillary Clinton didn't have one. The Democrats' dilemma is sometimes described as a choice between appealing to their young, multicultural base or to white, working-class voters. But most Democrats believe that's a false choice.

They need a message on the economy that cuts across class and racial lines, that can appeal to the young person saddled with college debt and the union worker (or former union worker) whose plant has moved to Mexico.

Many Trump supporters were once Obama voters, and Democrats say they can win enough of those voters back if they focus their message on bread-and-butter issues. As one Democratic operative summed it up, "More emphasis on jobs, less on transgender bathrooms."

Democrats need to develop their own nationalist economic message without the nativism.

3. Figure out how to resist Trump in Congress.

House Minority Leader Nancy Pelosi of California and Senate Minority Leader Chuck Schumer of New York have a choice — they can take a page out of Mitch McConnell's playbook and commit themselves to total obstruction. (The Senate Republicans' leader famously said in a 2010 National Journal interview, "The single most important thing we want to achieve is for President Obama to be a one-term president.")

Or they can pick and choose their fights, working with Trump where he supports their long-held goals — on a big infrastructure program, for instance.

For now, Democratic congressional leaders seem to have settled on drawing a bright line of resistance when it comes to tax cuts for the rich or Medicare privatization. That kind of fight unites the Bernie Sanders-Elizabeth Warren wing of the party and red-state incumbents up for reelection like Joe Manchin of West Virginia and Heidi Heitkamp of North Dakota.

Right now, Democrats don't seem too worried about Obamacare. They're just sitting back and watching while Republicans try to figure out how to repeal it without forcing millions of people to lose their health insurance. Democrats are convinced the Republicans' strategy of "repeal and delay" (putting an "expiration date" on Obamacare of two or three years into the future to buy time for replacing it) won't work.

And Democrats in the Senate need to prioritize their confirmation fights. That might mean energizing their base with a big fight against climate change skeptic Scott Pruitt for EPA, rather than Exxon Mobil CEO Rex Tillerson for secretary of state.

And all along the way, Democrats will be trying to convince Trump's working-class supporters that they've been played — by an administration stocked with Wall Street bankers and plutocrats.

One of the consequences of losing big in the midterm elections of 2010 and 2014 is that the Democratic bench is decimated.

Democrats need to restock their pipeline with candidates for city council, mayor, state legislature and governor — and they need to do it all across the country. It's true that Democratic voters are inefficiently distributed geographically for the purposes of electing members of Congress or the Electoral College.

Democrats' advantage in the national popular vote is just a consolation prize. There are too many Democratic voters massed together in urban areas on the East and West coasts. But as Obama said in his last press conference, the Democratic Party can't just be "coastal, liberal, latte-sipping, politically correct, out-of-touch folks."

Obama has indicated that electing down-ballot Democrats will be a priority of his post-presidential years. (It's also something many Democrats think he neglected for the last eight years.)

He will be working with Eric Holder, his former attorney general, on the National Democratic Redistricting Committee to help Democrats reverse their losses in the states. This is urgent if Democrats hope to have any say in how congressional and legislative district lines are drawn by governors and state legislatures after the next census in 2020.

5. Don't even think about the next presidential race.

One of the big consequences of Hillary Clinton losing the 2016 election is that the Democratic Party has no natural national leaders after Obama leaves office next month.

Right now, the party needs a message and a permanent infrastructure that can turn out its voters every two years — more than it needs a field of ready candidates to take on Trump in 2020.