Accessibility links
Horse Jumper Of Love's 'Ugly Brunette' Is Made For Winter Listening The Boston trio's slow, syrupy rock befits the shortest days of the year: It's heavy and dark, with occasional shimmers like the glare off a snowbank. 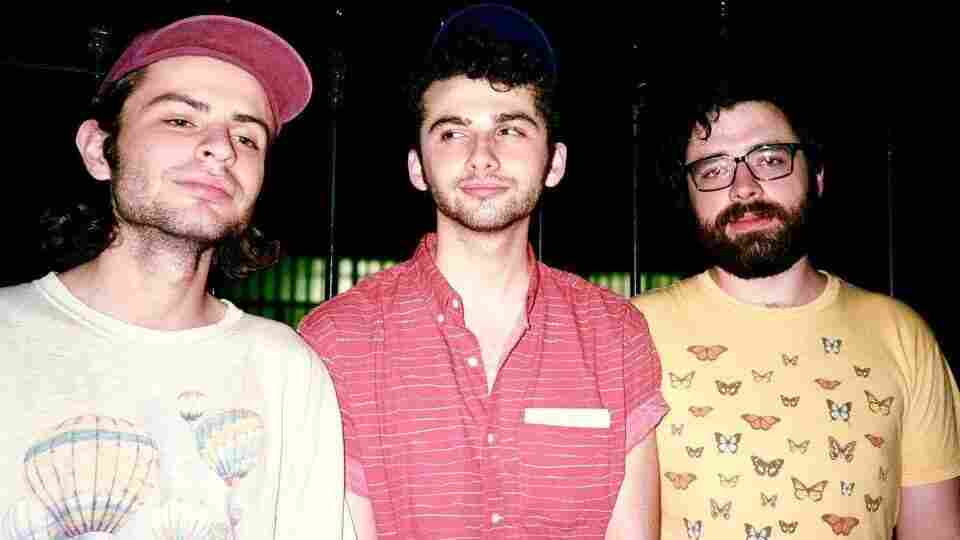 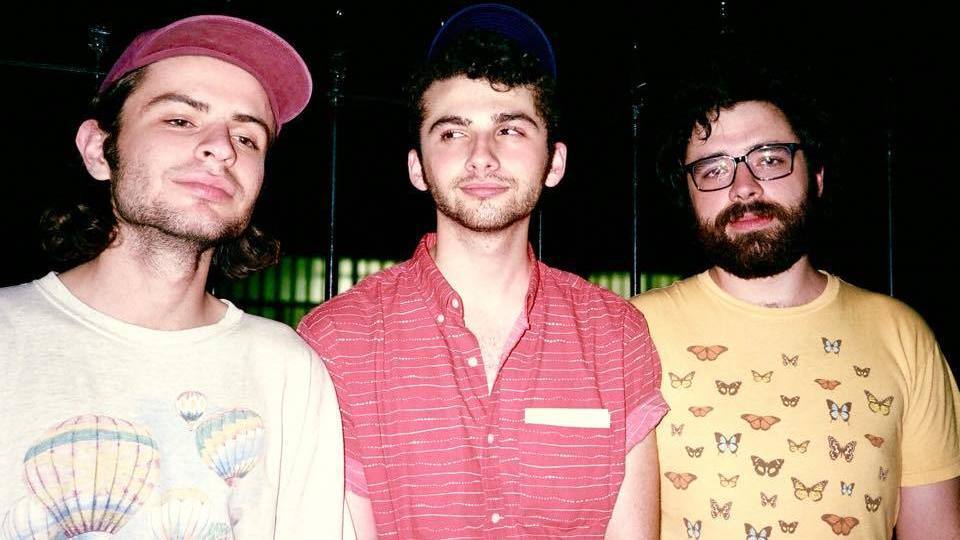 Horse Jumper Of Love's self-titled album is out now.

Hayden Sitomer /Courtesy of the artist

Horse Jumper Of Love writes fitting music for the shortest days of the year. The Boston trio's slow, syrupy rock songs feel heavy and dark. When the songs shimmer — in twisting riffs or in singer Dimitri Giannopoulos's sweet, sad voice — they're less like the flash of a Christmas tree and more like the glare off a snowbank. Don't mistake the crawling pace of the band's self-titled album for sluggishness; rather, the songs feel cautiously measured and patiently curious.

Horse Jumper Of Love's opener, "Ugly Brunette," is a woozy song about guilt and youth. In an email to NPR Music, Giannopoulos says he wrote the song as an apology, of sorts, for childhood misbehavior. "I was a very anxious child," he says, "and I had a lot of mood swings from my diabetes [and] blood sugars and could be pretty bratty." Giannopoulos's strength as a lyricist comes from the way tiny personal details appear in his songs; he says "Ugly Brunette," for example, was first inspired by thinking about a shirt he lost as a kid on a family trip.

Despite its intimate subject matter, "Ugly Brunette" roars like a force of nature. In its moments of climax, the song sounds the way it feels to stand on your street in the middle of a blizzard: Thick walls of guitar and bass crunch like boots on snow, while drums seem to alternate between slipping on ice and finding their footing. Crank it up loud enough in your headphones, and the song's unwieldy main riff feels obliterating — but just briefly, before it staggers and crashes. Giannopoulos's voice isn't the center of the song, but his tender delivery complements the start-stop anxiety of the band. The result is all muscle, wielded with self-conscious sentiment. It's an apt soundtrack for bracing against the wind chill, waiting for the days to get longer and wondering what the city looks like under all this snow.

Horse Jumper Of Love is out now via Bandcamp.