Accessibility links
For Trump Presidency, Old Ethics Laws Meet New Money-Making Methods Federal ethics laws were written to cover 20th century wealth, such as stocks and bonds. But President-elect Donald Trump derives much of his fortune from his name. What now? 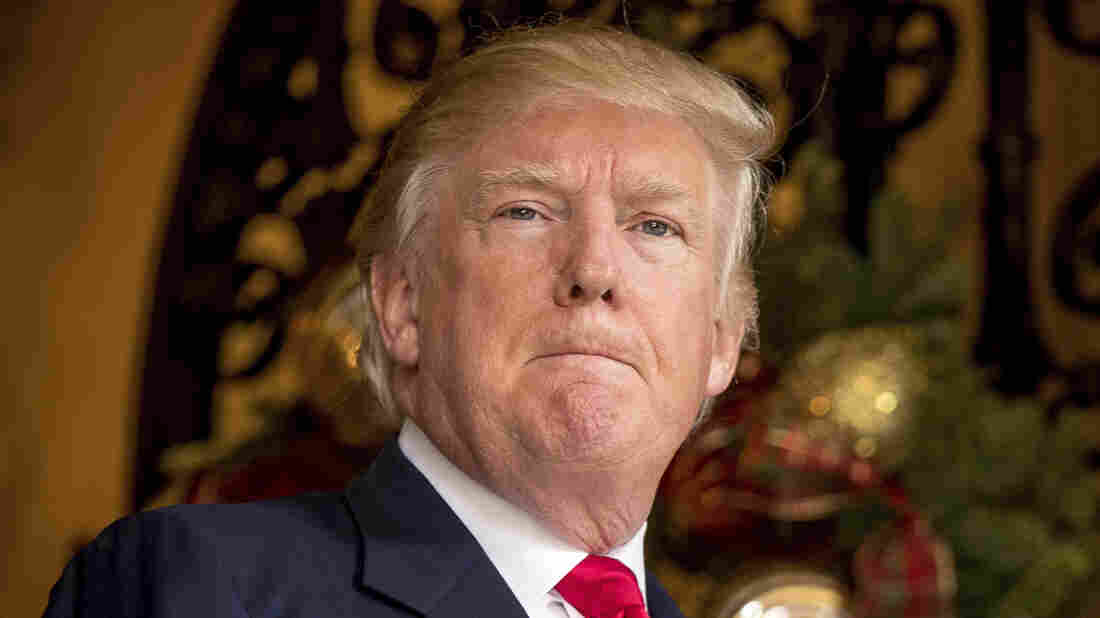 President-elect Donald Trump takes a question from a member of the media at Mar-a-Lago, in Palm Beach, Fla., on Dec. 21, 2016. Andrew Harnik/AP hide caption 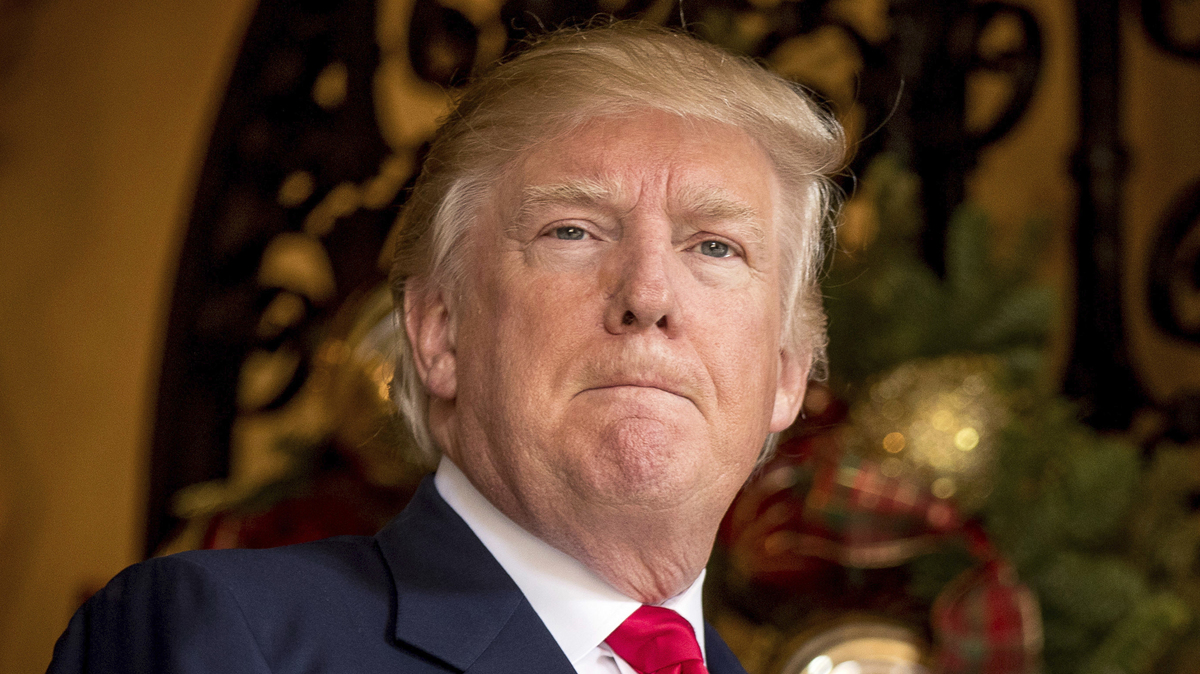 President-elect Donald Trump takes a question from a member of the media at Mar-a-Lago, in Palm Beach, Fla., on Dec. 21, 2016.

President-elect Donald Trump's type of wealth — based largely on the value of his brand name and on global real estate holdings — doesn't fit well with existing ethics laws, which were written for an earlier time when rich politicos mainly invested in stocks and bonds.

To be clear, some ethics laws do apply to the incoming president.

What doesn't apply to presidents is the federal conflict-of-interest law. So for example, Trump can own a golf resort while he also shapes the tax, environmental and labor laws that could affect his golf profits.

Noble says Trump could follow the example of other presidents and voluntarily put his holdings into a blind trust. On Fox News earlier this month, Trump said he would give control of his holdings to his children, but that's a less-than-blind arrangement.

Now, you may be wondering why there isn't a conflicts law for the president. One argument is that such a law would violate the Constitution. Congress cannot pass a law that restricts a president's decision-making authority. In 1989, a presidential commission was assigned to set ethics standards for all federal officials.

But with the Constitution's separation of powers "we quickly came to the conclusion that that was not possible, for both constitutional and practical reasons," says ethics attorney Jan Baran, was served on the commission.

So there are conflict-of-interest rules for most government employees. But not the president.

And there's another problem with the ethics laws.

They were written to cover 20th century wealth, which typically came from stocks and bonds — paper that could be turned over to a trust.

But Trump derives much of his fortune from his name, which he licenses on properties all over the world.

That's not uncommon these days. Think of Oprah, or Ralph Lauren. That kind of wealth can't be put into a blind trust.

Baran says new laws are not needed for this kind of wealth. Presidents just need to do the right thing.

"It will require presidents going forward to figure out how to impose rules on themselves," he says.

But Norm Eisen, a clean-government advocate at the Brookings Institution, says the best approach lies in a clause that's already in the Constitution: the emoluments clause.

"We capture with the very broad language intangible things like the value of Mr Trump's name," he explains.

Democrats will be pushing for this new interpretation when Congress comes back in January.