Accessibility links
Should We All Just Stop Calling 2016 'The Worst'? Large portions of the Internet have declared 2016 one of the worst years ever. That's probably an inaccurate assessment, but it still says a lot about how we live online. 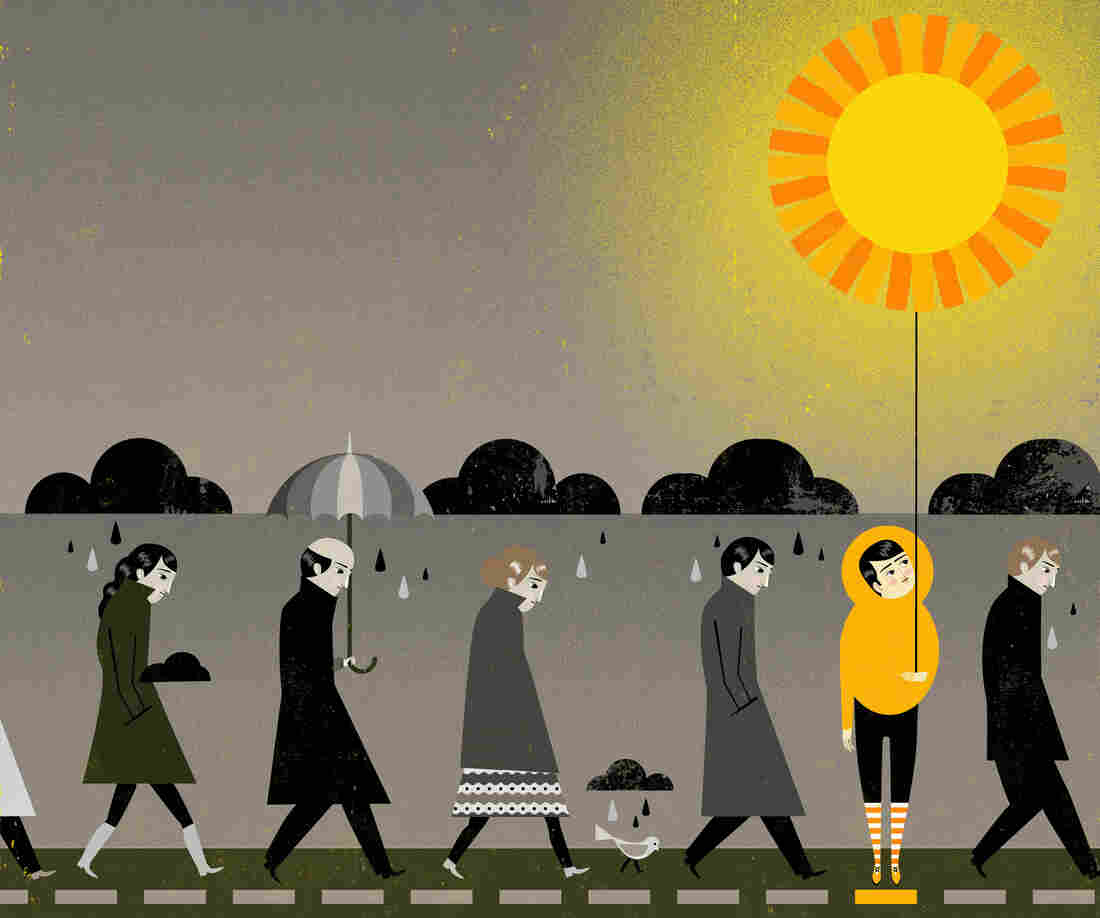 Large portions of the Internet have declared 2016 one of the worst years ever. But 2017 hasn't gotten here yet, so let's all just simmer down. Luciano Lozano/Getty Images/Ikon Images hide caption 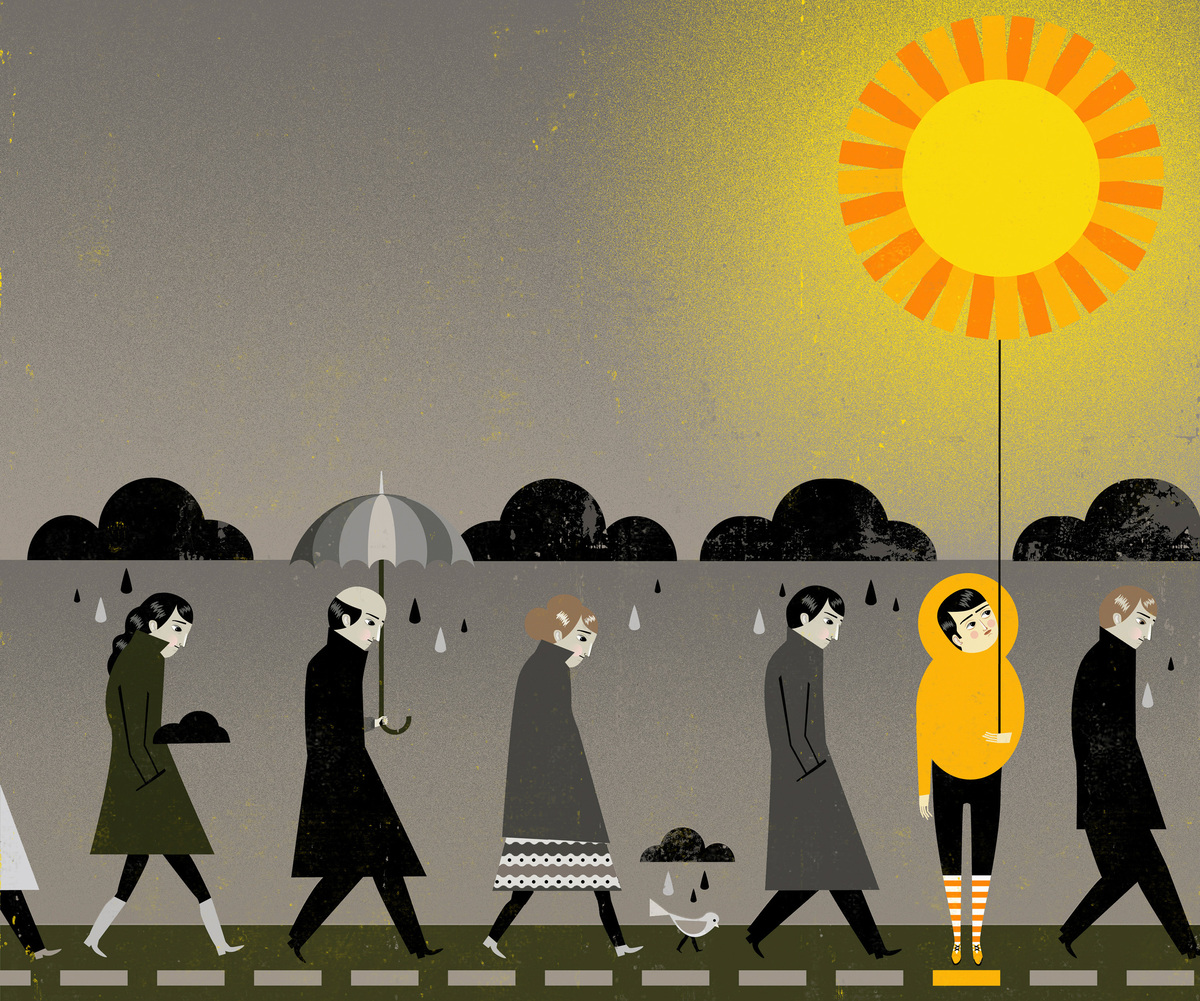 Large portions of the Internet have declared 2016 one of the worst years ever. But 2017 hasn't gotten here yet, so let's all just simmer down.

The year it all went to hell. The year nothing made sense. The year we lost track of reality. The year Merriam-Webster made "surreal" its word of the year.

Where were you when you decided this would be how we remembered the year? When you decided 2016 was pure trash, utter filth, a fire in a dumpster? Was it when David Bowie died? Or when Prince ended his purple reign? Or when you realized that, whoever won, Election 2016 was going to be a hot, smoldering mess? Was it Brexit? Was it Harambe? Which terror attack did it for you? Or maybe it was when Loretta Sanchez did the dab.

However you got here, citizen of the Internet, rest assured, you are not alone. (I am with you. I've been calling 2016 the worst for months now.) And as this year comes to a close, many are memorializing it online by pointing out how much it sucked, how much it aged them, how much they regret it. All of it.

But — and this is the strange part — by many measures, 2016 wasn't nearly as bad as certain portions of the Internet have made it out to be. And it surely can't be the worst year of all time.

For the nearly 63 million voters who supported Donald Trump, maybe this wasn't a bad year at all; their candidate won. For millions of Americans whose wages went up, or who re-entered the economy (the U.S. has enjoyed an unemployment rate under 5 percent for months), maybe their year was good, too. The vast majority of Americans lived lives free from any direct personal effects from incidences of global (or even national) terror, or wars throughout the globe (not to minimize global unrest, which is a constant, and particularly troubling this year). Multiple measures of consumer confidence, in fact, trended up this year, in spite of months full of headlines indicating a world on the brink. Of something. Or a lot of things.

The markets are up, too. And more people have health insurance.

Well, let's start with the obvious: the election. There's no need to recount it all. But it was a hot mess. Russian hacks, assertions of the size of one's manhood on a debate stage. Leaks showing national parties seeming to conspire to elect a favored candidate. FBI investigations and Access Hollywood videos.

And of course, foreign affairs. With Syria as the central flashpoint, it'd be easy to see 2016 as the year the whole world caught on fire.

But there's more than that. Some of the "2016 is awful" rhetoric might be about the way we all consumed the headlines this year.

Amy Mitchell, director of Journalism Research at the Pew Research Center, says what we've been witnessing in news consumption trends over the last few years has changed us.

"A lot of the shift to digital is presenting a news experience that is more mixed in with other kinds of activities," she says. "You don't necessarily go online looking for news each and every time. Somebody shares it, somebody emails it to you, somebody texts a link. And so many Americans are bumping into the news throughout the course of the day."

Nikki Usher, a professor of media and public affairs at George Washington University, calls this recent phenomenon "ambient journalism," or "when you're constantly plugged in through social media and you're constantly online and engaged in some way."

Every five minutes, another sad headline, another Twitter mention or fight, another shared link on Facebook, another push notification. Another hit. And even if the news isn't even explicitly about us, trust, we're still taking a hit.

And, Usher says, besides that aggression of immediacy, a lot of the headlines we consumed this year, particularly about the election, pushed a certain narrative: a nation, and even a world, completely and disastrously divided, perhaps beyond repair.

"Lots of crappy, bad things happen every year," she says, "but you aren't told over and over again that this just shows us how bad everything is." And for Usher, there's no escape. "Usually there are realms where there are types of coverage that provide a break in the kind of narrative of disrepair."

Not this year. The NFL was overtaken with silent, peaceful protest. Your favorite pop star probably endorsed a presidential candidate in 2016. Even the highest-grossing film of the year, Captain America: Civil War, was a commentary on the modern national security state.

But culture always reflects the time. There must be something deeper, a certain logic or pathology that would lead thousands to deem this year so awful, and to declare as much, so publicly, and consistently, online, for months.

It's the medium. Robert Hernandez, professor of journalism at the University of Southern California, says using social media to declare 2016 "the worst ever" is the latest example of how we use the Internet: ironically, with hyperbole, and usually, with a wink and a nod.

"It is the latest meme of the day," Hernandez says. "It's the next flavor of hashtag Thanks Obama. 'Oh, I just dropped my coffee. Thanks Obama!' "

"It's how we cope," says Hernandez, even as he acknowledges the very act of such tweeting indicates a certain level of privilege. "If you're on Twitter, you're on a mobile device, probably one of the newest ones, one of the new phones. [And] you're one of the few people on Twitter [relatively]."

He's right. For most of us, myself included, tweeting that 2016 is the worst, or even tweeting at all, is an exercise in privilege. The air in which one offers cultural criticism (including this very essay), memes and gif-able 140-character bursts, is rarefied. If your year was really the worst, you probably wouldn't be tweeting about it.

We weren't in this spot a few years ago — this collective, ironic, gripe-fest — during those glory days of tweeting about being bored in meetings or what you had for lunch, or being so numbingly comfortable in your own world that you put your home address on Facebook. That seems to be all over now.

Now it's all irony, or sarcasm, or bombast. Saying 2016 is the worst online might just be us accepting that social media caught up with the lesser angels of our nature. Social media isn't nice anymore. At it's best, it's just a little flip. Now our feeds are just a record of discontent, or the performance thereof.

So, 2016. Sure. Let's call it the worst. But let's also acknowledge that saying 2016 is the worst on Twitter says more about the tweeter, and the medium, than perhaps about the year itself.