Accessibility links
HGTV Real Estate Stars Find Yet Another Home In Print In addition to rehabbing homes, some HGTV stars are also selling a lot of books. In 2016, Drew and Jonathan Scott ("The Property Brothers") and Chip and Joanna Gaines appeared on best-seller lists. 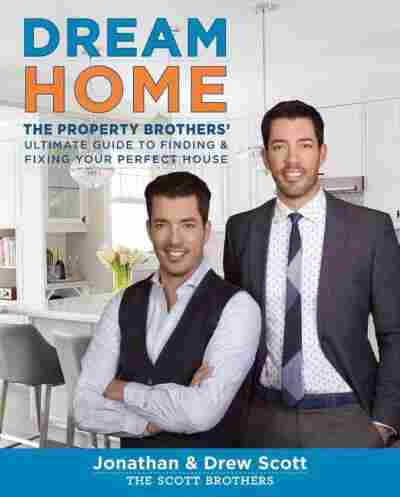 by Jonathan Scott and Drew Scott

You might think the secrets to HGTV stardom lie in real estate savvy or creative design. But for shows like Fixer Upper and Property Brothers, it's that hard-to-find combination of charm and chemistry that turns hosts into stars.

"They're fun — they make you feel like you could be friends," says Maggie Winterfeldt, editor of PopSugar Home. "These are people that you actually relate to. They're not living in mansions; they're not driving Escalades. They live an attainable lifestyle."

This past year, some of HGTV's biggest names have also appeared on best-seller book lists.

Take, for example, "The Property Brothers," identical twins Drew and Jonathan Scott. "Drew is the most competitive man I have ever met in my life. Even if we are just going to the car he has to beat me," Jonathan says.

Drew is the real estate agent; Jonathan is the contractor. (It's worth noting that the Scott brothers are very good looking, but Winterfeldt says much of their appeal also lies in their good-natured sibling rivalry.)

"The Property Brothers are obviously very goofy," she says. "That's part of their whole shtick. What you see is what you get with them. They're really like that in real life ... and I think that comes across."

Not My Job: The Property Brothers Get Quizzed On Matchmaking

The Scott brothers had their own business in Canada. Then Drew got offered a job hosting a home improvement show. He pitched a show with his brother instead.

"We were originally actually pitched to HGTV in the U.S., and at first HGTV said: 'No, we don't think that fits with our programming right now,' " Drew recalls. But after HGTV turned them down, W Network in Canada bit: "Two young guys in tight jeans renovating? Yeah, we'll take that."

They now have five shows on or in the works for HGTV, and their book, Dream Home, is a best-seller. Jonathan Scott says the biggest challenge moving from screen to page was capturing their relationship in print. The Scotts may look and sound alike, but their unique voices and perspectives come through on the show.

"Trying to write a book with two distinct voices ... that was the trickiest thing, but I think we pulled it off and you still get that same fun, brotherly banter," says Jonathan.

If the Scott brothers have cornered the market on brotherly love, Chip and Joanna Gaines have wooed legions of followers with their seemingly idyllic life with their four children on a farm in Waco, Texas.

It doesn't hurt that the Gaineses still seem to be very much in love. Joanna is the quiet, down-to-earth one; Chip is the class clown who keeps her laughing. 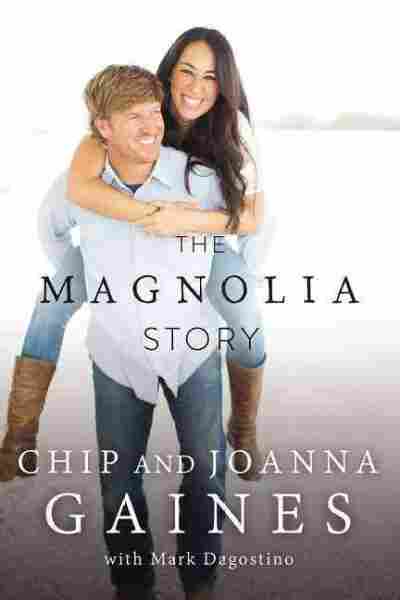 The Gaineses have turned a homegrown contracting and design business into a personal empire. Their memoir, The Magnolia Story, is one of the best-selling books of the year — No. 3 on The New York Times nonfiction list — with 1 million books in print.

"The show and the book isn't just about fixing up houses," says Matt Baugher, senior vice president at Thomas Nelson, one of the oldest and largest Christian publishing companies. Baugher says the company's mission is to "inspire the world." He believes the Gaineses' story — how they met and how they built their business — is inspirational.

"In a culture and society where we're bombarded with so much negativity, I think we're all drawn to someone who is authentic in every way and shows that you can combine your life's passion with joy and hard work," he says. "And also, yes, they are people of faith, but they don't lead with faith. It just happens to be part of who they are."

But the Gaineses' faith drew unwanted attention recently when an article in BuzzFeed pointed out that their church takes a strong stand against homosexuality. HGTV released a statement saying that it does not discriminate against members of the LGBT community. Baugher says the Gaineses support that statement, though they have not said anything publicly. So far, Baugher says the controversy has not affected sales.

"I just got sales numbers in for last week, and the numbers that I saw are the biggest numbers that I've seen yet for them," he says.

Both the Gaineses and the Scott brothers have plans in place for more books in the future.