Accessibility links
Studios And Audiences Had Lots To Celebrate In 2016 This is the time of year when critics release their best-of lists. Usually, they pick the 10 best — but our film critic Bob Mondello couldn't narrow it down that much. He picked 18 of his favorites. 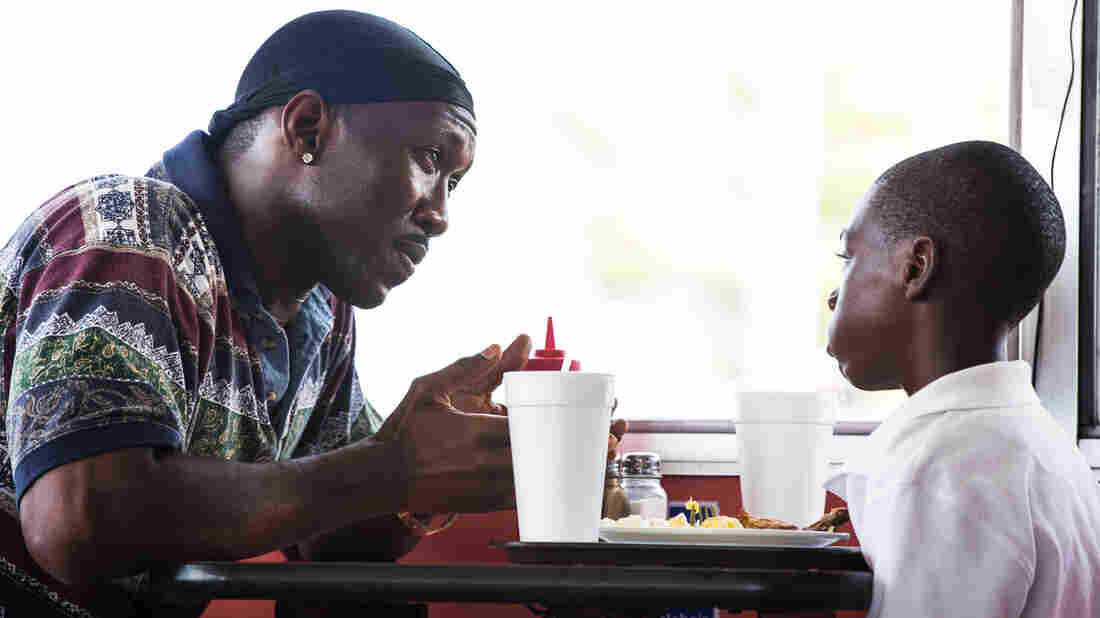 Mahershala Ali and Alex Hibbert in Moonlight, one of Bob's picks for best of the year. David Bornfriend/Courtesy of A24 hide caption 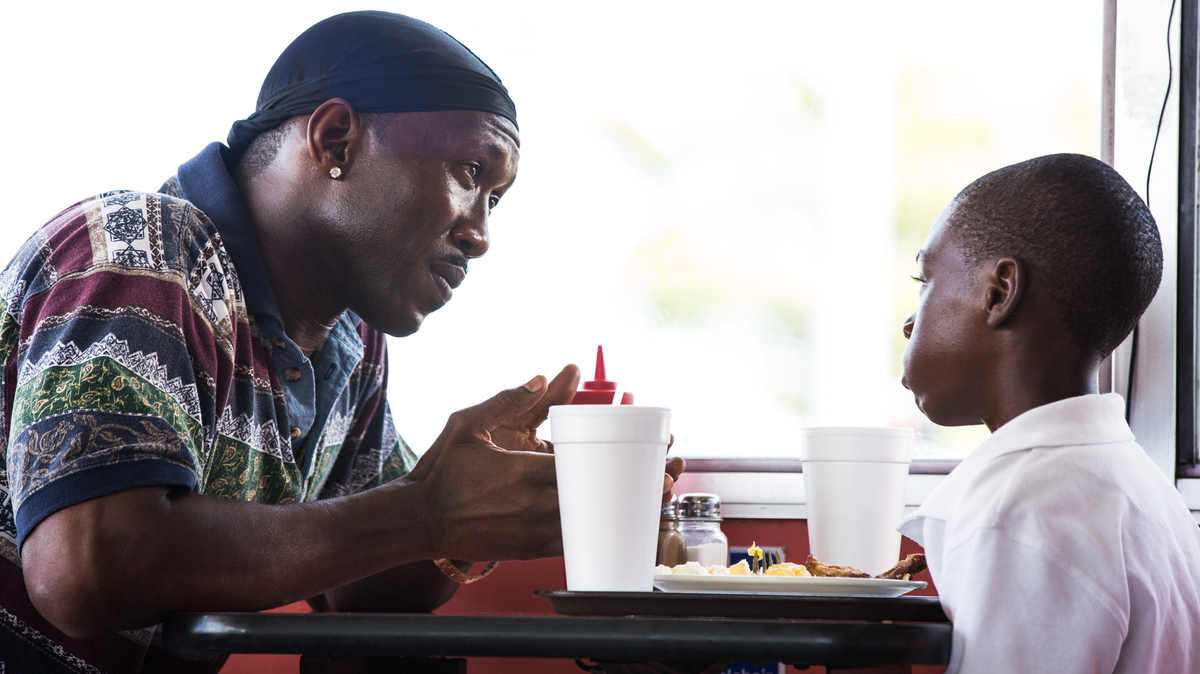 Mahershala Ali and Alex Hibbert in Moonlight, one of Bob's picks for best of the year.

Hollywood is in the process of closing out a record-breaking, $11.2 billion year. The big draws were talking animals — including a fish called Dory and a bear named Baloo — a slew of superheroes and a new batch of Star Warriors. The numbers have movie studios — especially Disney, which led the pack — celebrating.

I Am Not Your Negro uses the words of James Baldwin to analyze American attitudes toward race. Bob Adelman/Courtesy of Magnolia Pictures hide caption 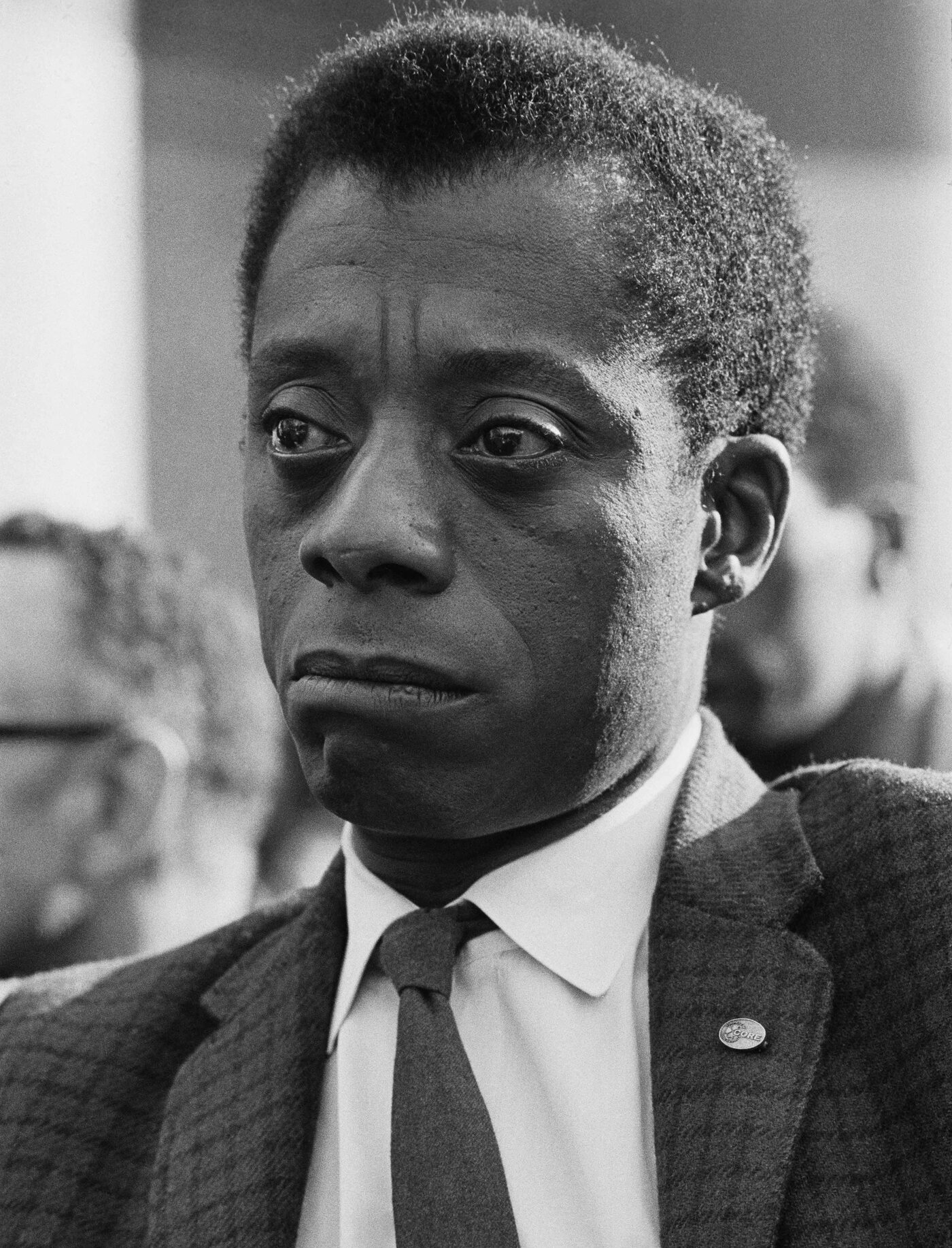 I Am Not Your Negro uses the words of James Baldwin to analyze American attitudes toward race.

But this year, moviegoers also have a lot to celebrate. Most years, there are several films that could fill the No. 1 slot on my list. This year, there's no contest. My favorite picture of 2016 is the most rewarding coming-of-age film in many a moon, and I've got 17 runners-up. Here they are in no particular order:

Moonlight: Luminous, but also tough and startling, a poetic drama in three chapters (with ideally matched actors playing the main character at different ages) about a timid African-American youngster growing up in Miami. It's both a coming-of-age and a coming-out story — the most lyrical of the fiercely resonant pictures that are helping the film industry combat its stubbornly persistent lack-of-diversity problem.

I Am Not Your Negro: An extraordinary documentary that uses the words of James Baldwin to analyze American attitudes about race. Director Raoul Peck mixes archival footage of Baldwin speaking softly but bluntly, with excerpts from an unpublished book he was working on at the time of his death, about his friends Martin Luther King, Malcolm X and Medgar Evers. 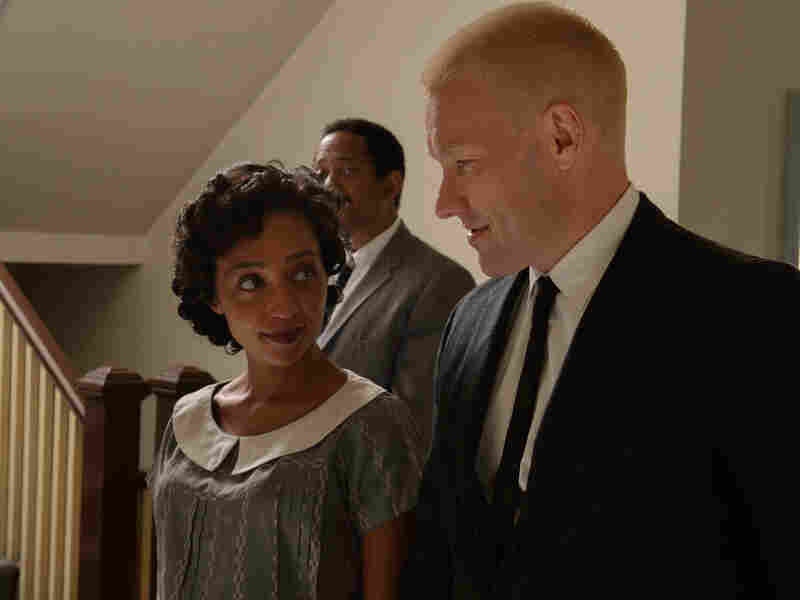 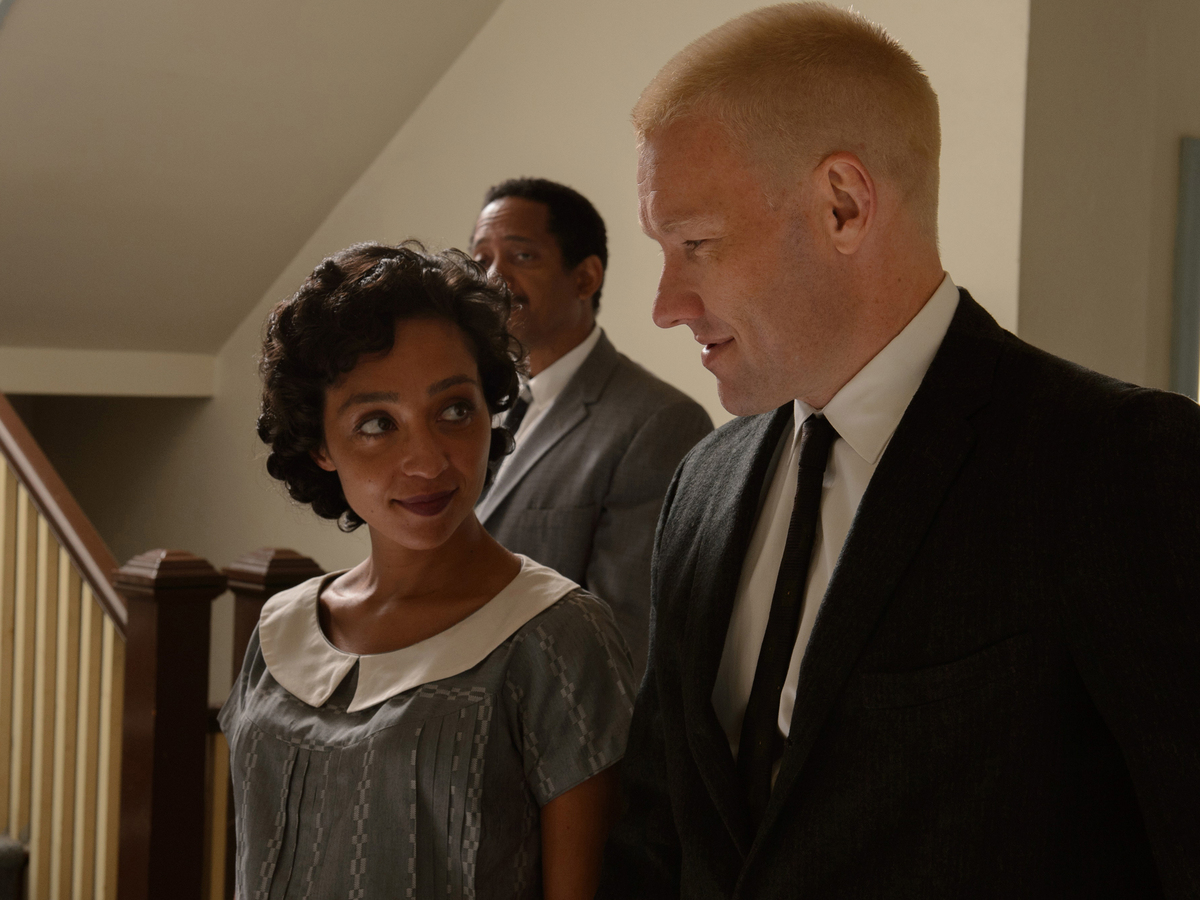 13th: Ava DuVernay, the director of Selma, dissects the wording of the Constitution's 13th Amendment, which outlawed slavery and involuntary servitude "except as a punishment for crime." The film forcefully argues that that loophole has been used for politics and for profit.

Loving: The landmark civil rights decision is known in the courts as Loving v. Virginia; at the multiplex, it's just Loving, named after a couple who met and married in the late 1950s, only to have the then-segregated state of Virginia step in because Richard Loving was white and Ruth Loving was black. Their case went all the way to the Supreme Court. The movie goes there, too, but what makes it effective on-screen is its intimate romance. We should all be so lucky in love. 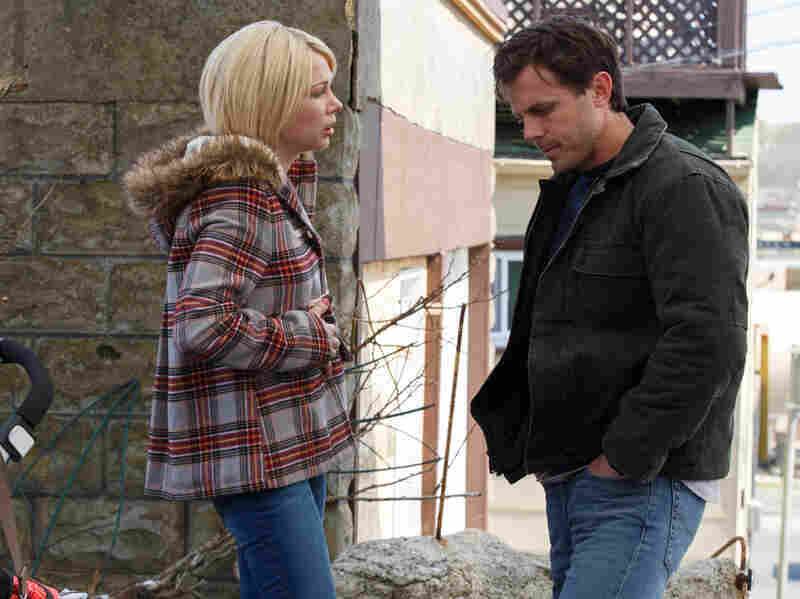 Casey Affleck faces up to his past in Manchester by the Sea. Claire Folger/Roadside Attractions hide caption 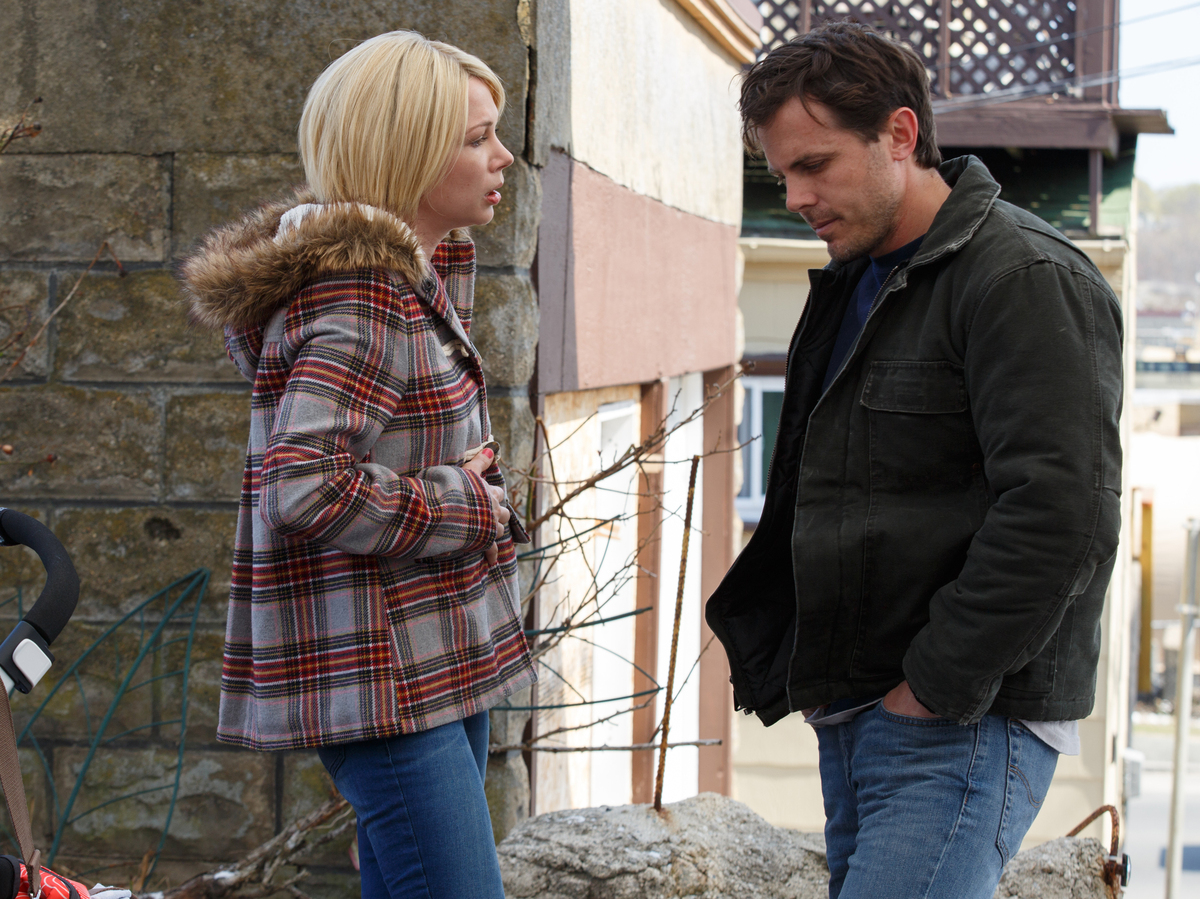 Casey Affleck faces up to his past in Manchester by the Sea.

Manchester By The Sea: Casey Affleck plays a man who is tapped after his brother's death to be the reluctant guardian of a teenage nephew (Lucas Hedges) who cannot understand why his uncle won't move back to stay with him in the titular city. The answer to that question opens up a whole world of hurt in Kenneth Lonergan's wrenching drama.

The Lobster: A satirical comedy about a society that so values coupledom that living alone is outlawed. When Colin Farrell's wife leaves him, he is packed off to a hotel where the manager explains that guests have 45 days to couple up. And failure to do so has a price: Farrell will turn into an animal. Claws down, the weirdest romantic comedy of the year.

Toni Erdmann: An almost three-hour German comedy — I know, I know, not on a bet, right? But it's really funny (also wise) — about a dad who's a practical joker, and his corporate-ladder-climbing daughter who has lost her sense of humor. Hollywood will surely remake it (and wreck it) so you'd be wise to catch the original.

I, Daniel Blake: An Englishman who has had a heart attack finds that nearly dying is only the beginning of his problems once the National Health Service gets involved. Social activist filmmaker Ken Loach establishes — in what amounts to an absurdist, social-realist dramedy — that at 80, he remains not just a champion for, but a poet of, the underclass. 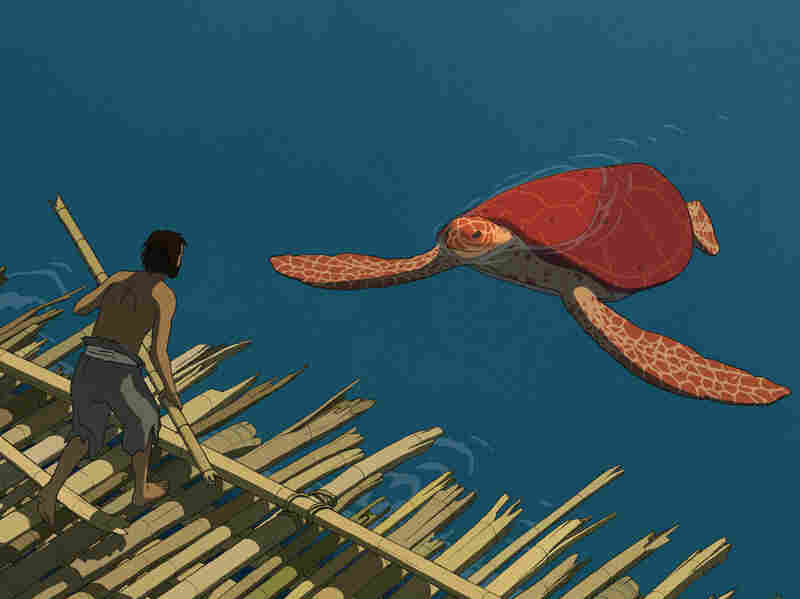 The Red Turtle is a painterly treat for adult fans of animation — though it may be too slow for little kids. Sony Pictures Classics hide caption 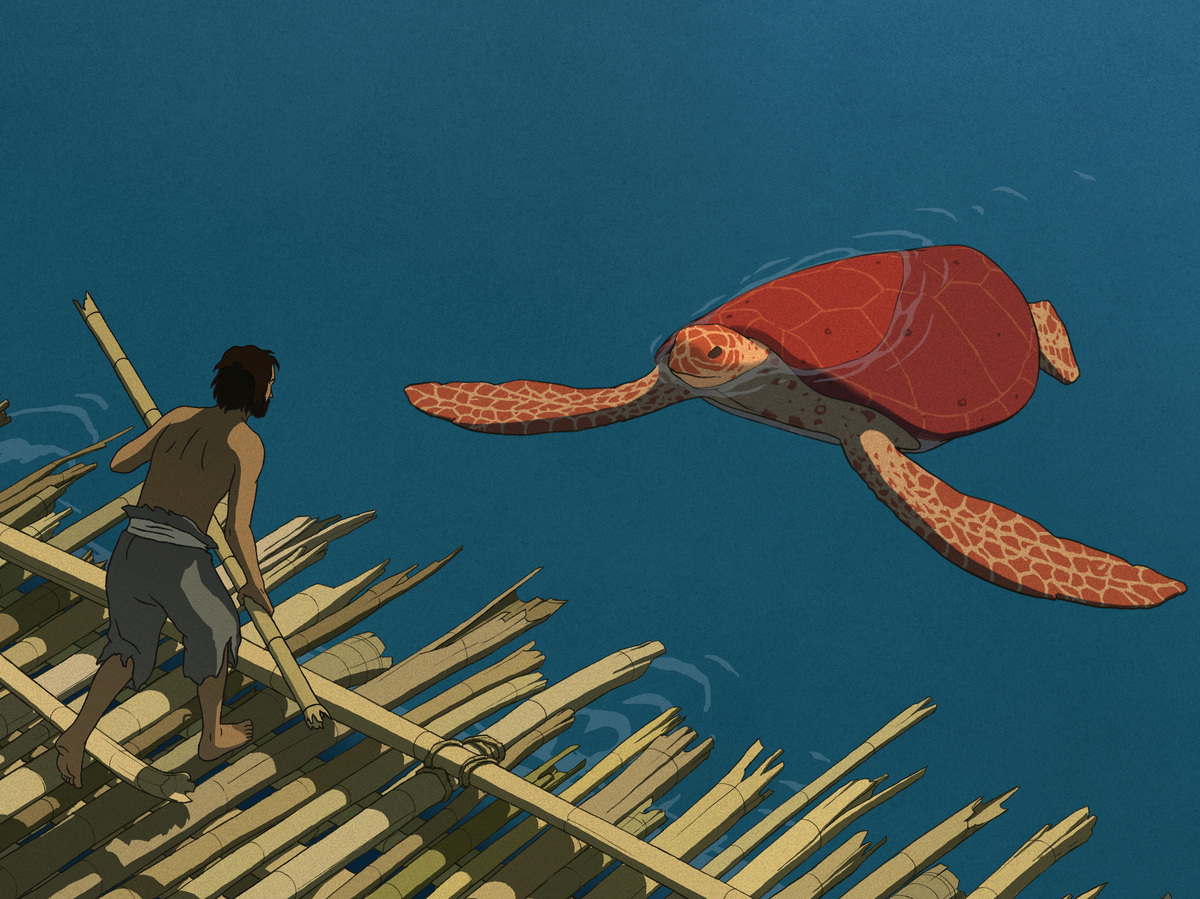 The Red Turtle is a painterly treat for adult fans of animation — though it may be too slow for little kids.

The Red Turtle: From Japan's Studio Ghibli, this beautifully crafted blend of charcoal drawings and digital animation tells an almost wordless, Robinson Crusoe-style fable of a shipwrecked sailor and the enormous tortoise that doesn't want him to leave its otherwise deserted isle. Deliberate and painterly, it's unlikely to wow small children but is a Zen-like treat for the rest of us.

Kubo and the Two Strings: Though this animated film was made at Studio Laika, by many of the same American artists who crafted Coraline and BoxTrolls, it adapts a Japanese folk tale. Credit the filmmakers with living up to their film's first line: "If you must blink, do it now." That's excellent advice for a film that deals with family and personal fortitude while mixing stop-motion animation with what you might call digital origami. 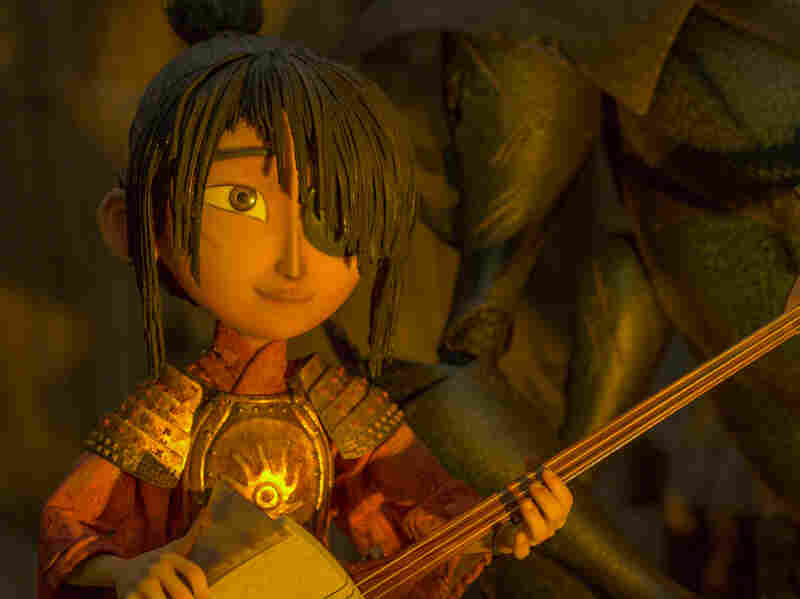 Kubo and the Two Strings is a charming adaptation of a Japanese folk tale. Laika Studios/Focus Features hide caption 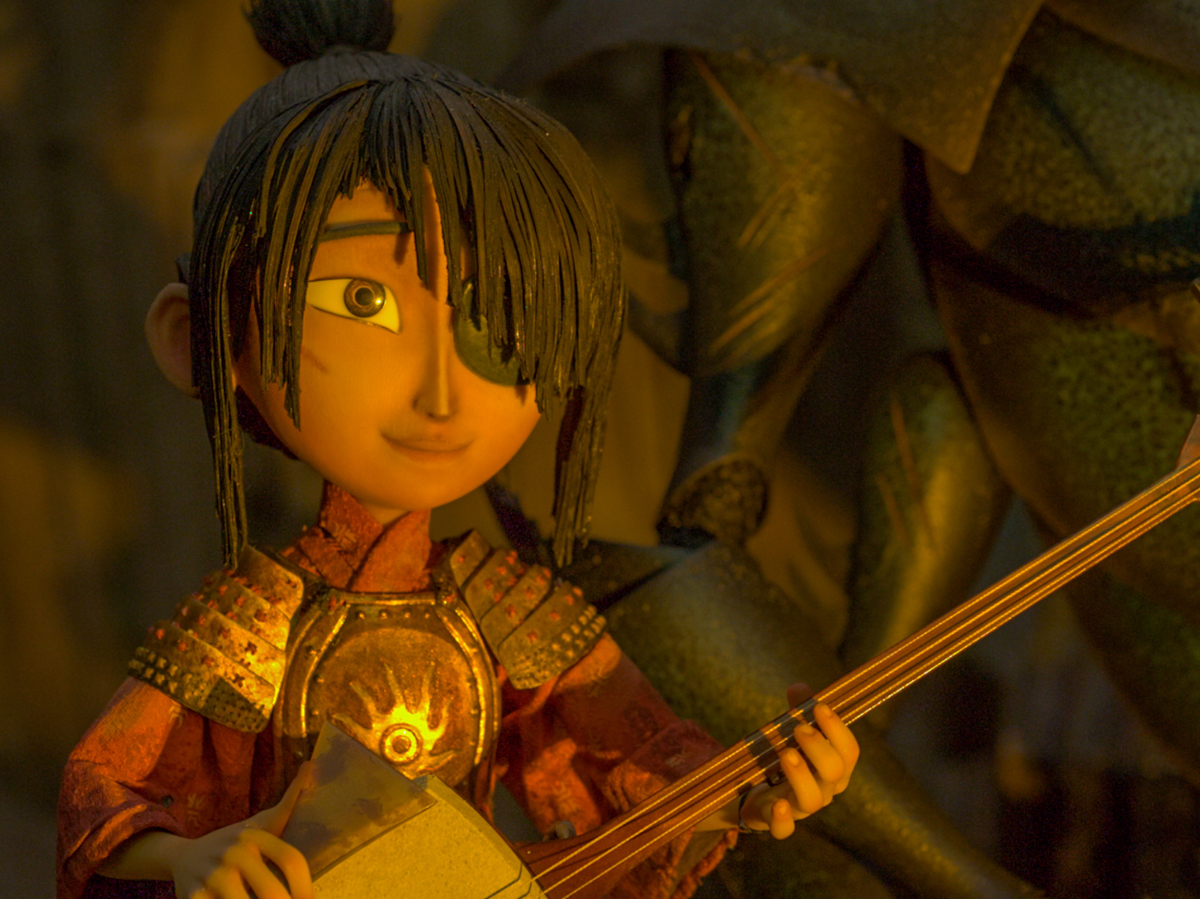 Kubo and the Two Strings is a charming adaptation of a Japanese folk tale.

That's 10, which is an arbitrary number, so let's keep going. Also on my list of bests:

Hell or High Water: A cops 'n' robbers shoot-em-up that is arguably the best Western in years

Deadpool: A violent, potty-mouthed, hilariously R-rated superhero epic that seems to have been made for the cynical 14-year-old in all of us.

Lion: The true story of a 5-year-old in India who travels half a world away before finding his way home via Google Earth.

Fences: Denzel Washington and Viola Davis starred in a Broadway revival of August Wilson's Pulitzer-winning drama in 2010. Now Washington has brought most of that cast, and all of the play's fire, to the screen.

The Salesman: Iranian director Asghar (A Separation) Farhadi's stunner about a couple who suffer a trauma in their home while they're appearing together in Arthur Miller's Death of a Salesman.

Marguerite: You probably know that Meryl Streep recently played a terrible opera singer on-screen. Did you know Catherine Frot beat her to it in a wonderfully nuanced French film?

La La Land: Emma Stone and Ryan Gosling are only passable singers and dancers, but they and this musical's director, Damien Chazelle, are sweetly, swoonably in love with movies. As are we all, right?

A previous Web version of this story gave an incorrect name for the Loving case. It is Loving v. Virginia, not Loving v. the State of Virginia.