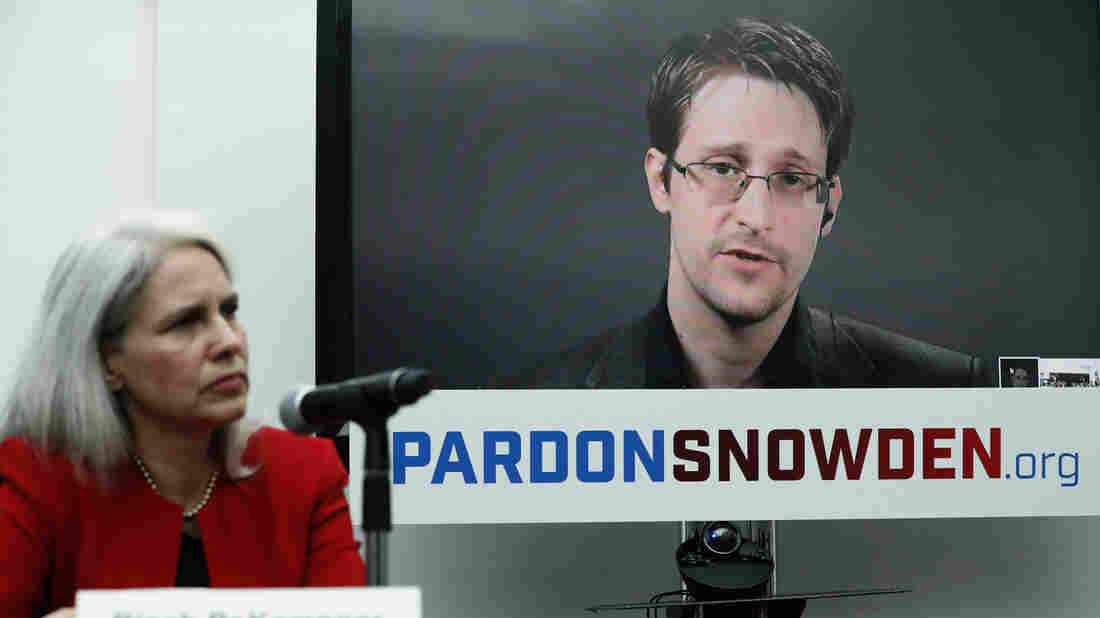 Edward Snowden speaks in September via video link from Moscow during a news conference with Human Rights Watch to call upon President Obama to pardon Snowden before leaving office. Mary Altaffer/AP hide caption 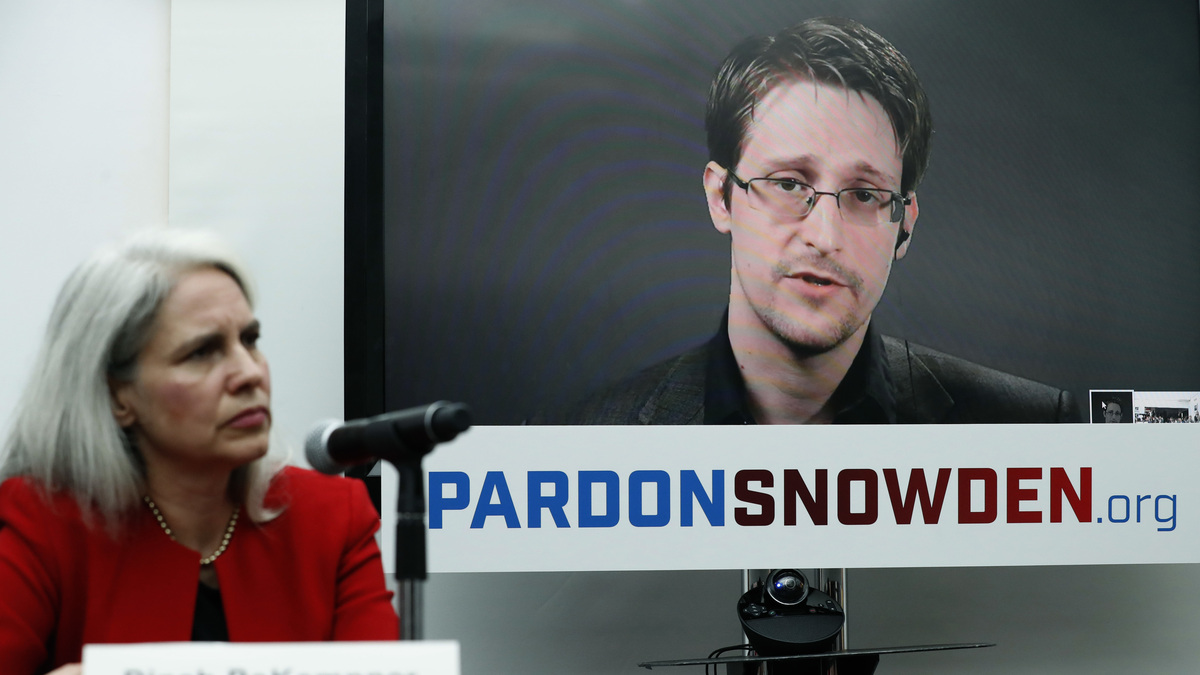 Edward Snowden speaks in September via video link from Moscow during a news conference with Human Rights Watch to call upon President Obama to pardon Snowden before leaving office.

Dealing with a flood of last-minute pardon requests amounted to one of the biggest surprises of his presidency, George W. Bush once wrote. Bush declared himself "disgusted" by how many people exploited their connections to make personal appeals.

Now, President Obama faces the same set of difficult decisions on the way out the door, with many high-profile applicants requesting clemency in the president's final weeks in office.

White House press secretary Josh Earnest recently warned applicants not to get their hopes up.

"He does not expect to essentially ram through any pardons at the last minute," Earnest said. "There's an established process and the president believes that's a process that's worth following."

And yet, there's a long and checkered history for those last-minute clemencies.

Bill Clinton's pardon of the fugitive money man Marc Rich launched a federal grand jury investigation. George H.W. Bush's pardon of Defense Secretary Caspar Weinberger in the Iran-Contra scandal prompted a mini-scandal of its own. And Gerald Ford's pardon of his predecessor, Richard Nixon, may have helped cost Ford his job.

But for defendants facing decades in prison, there's not much to lose by asking. One of those mounting a last-ditch bid for clemency is NSA leaker Edward Snowden. Snowden's living in Russia under a grant of asylum, but under indictment in Virginia.

"The question of whether I as a whistle blower should be pardoned is not for me to answer," Snowden said this year. "But I will say this. I love my country, I love my family, and I have dedicated my life to both of them."

This month, Republicans and Democrats on the House Intelligence Committee united to condemn the Snowden leaks, which probably argues against his plea for mercy.

On the other hand, there's the case of Chelsea Manning. Manning is the Army private who leaked a huge trove of military secrets to the website WikiLeaks. She has already served seven years behind bars, more time than anyone else, she argues, for disclosing documents in the public interest.

ACLU lawyer Chase Strangio said her clemency petition is a matter of life or death.

"She absolutely will not survive her 35 year sentence," Strangio said. "She is a transgender woman in a men's facility. She's already attempted suicide twice and been punished with solitary confinement."

Two other prominent clemency applicants include Bowe Bergdahl, who faces court-martial on charges that include desertion after going AWOL in Afghanistan, and former Illinois Gov. Rod Blagojevich, caught in a sweeping public corruption case that includes trying to sell Barack Obama's vacant seat in the U.S. Senate after he was elected president in 2008.

And then, there are some cases tinged with history.

Leonard Peltier is a Native American activist who has been in prison for 40 years, serving two consecutive life terms. In 1977, Peltier was convicted of killing two FBI agents on the Pine Ridge reservation in South Dakota.

His case has been championed by Amnesty International, Hollywood celebrities and human rights activists who believe he's innocent and got scapegoated by the government.

But the FBI has opposed any mercy for Peltier. As Bill Clinton was leaving office 16 years ago, federal agents even marched to the White House in a show of force.

One of them was Thomas O'Connor, now president of the FBI Agents Association, who said recently, "We won't allow the Peltier legal and public relations teams to portray him for anything other than what he is, and that's an unremorseful, cold-blooded killer."

There's one more case from the history books.

The adult children of Ethel Rosenberg, executed for spying on behalf of Russia in 1953, recently traveled to the White House gates with a special request.

"We're not asking for a pardon; we're asking for an exoneration," said her son Robert Meeropol, who was just 6 years old when his mother died.

Son Of Julius And Ethel Rosenberg Seeks Exoneration From Obama

Son Of Julius And Ethel Rosenberg Seeks Exoneration From Obama

Meeropol told the NPR program Here & Now that his mother's conviction was a perversion of justice. He pointed to documents liberated from archives in the U.S.and the former Soviet Union.

Yet Meeropol said he has little hope President-elect Donald Trump will view the petition favorably. So this may be the last chance for his family.