Accessibility links
'War On Cops'? The Power Of Perceptions Vs. What The Numbers Say Many officers believe they're being targeted. But while more were killed in ambushes, statistically it is a small number. Still, as one former cop says, pulling up a spreadsheet doesn't help. 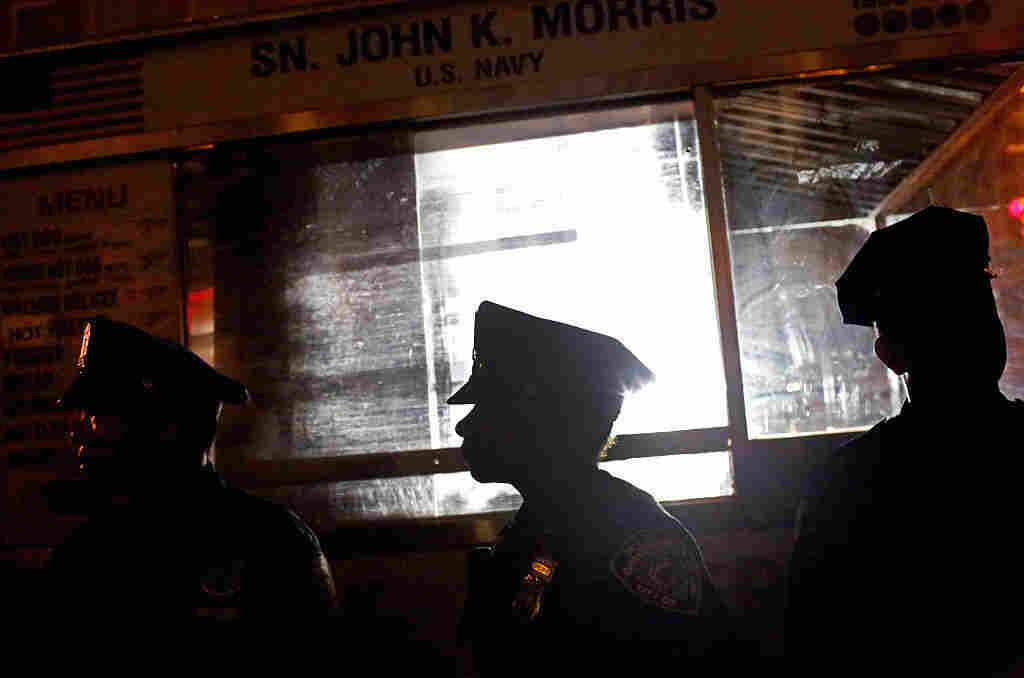 Police watch activists gather in front of The Metropolitan Museum of Art in New York on July 7, as they march up Fifth Avenue in response to two recent fatal shootings of black men by police. Later, after a peaceful march in Dallas, a sniper targeting police killed five officers and wounded several others before he was killed. Yana Paskova/Getty Images hide caption 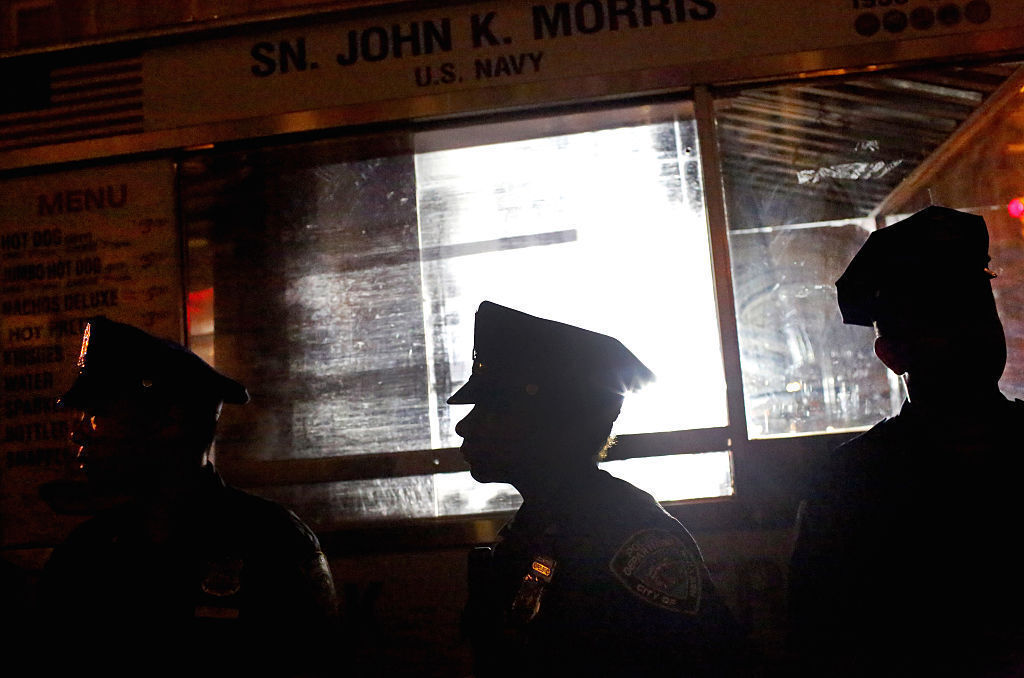 Police watch activists gather in front of The Metropolitan Museum of Art in New York on July 7, as they march up Fifth Avenue in response to two recent fatal shootings of black men by police. Later, after a peaceful march in Dallas, a sniper targeting police killed five officers and wounded several others before he was killed.

The darkest moment for American police this year was July 7 in downtown Dallas, when police officers providing security for a peaceful protest march suddenly found themselves under attack. And those weren't the only cops targeted this year. Deadly ambushes followed in Baton Rouge, Des Moines and Palm Springs.

As a result, many police will remember 2016 as a grim chapter in what many call the "war on cops." These ambush-killings of officers created a sense that they were under siege, threatening to poison the post-Ferguson debate over police reform.

"There has been an increase in the total number," says Seth Stoughton, a former officer who is now an assistant professor of law at the University of South Carolina. Stoughton has been tracking premeditated murders of law enforcement officers — what he calls police assassinations — and he says the number of police killed like this jumped from five or six last year, to somewhere in the neighborhood of eight to 12 this year.

That's a subset of the total number of officers "feloniously killed" on duty, most of whom were killed in the course of police work, but not targeted just because they were police. (Official 2016 statistics aren't available yet; the FBI says 41 were killed feloniously in 2015.)

That's where this gets tricky. For the past couple of years, academics and police reform groups have been pushing back against the idea of a war on cops by citing big-picture statistics — for instance, the fact that, overall, far fewer police are killed on duty now than a generation ago. But cold stats aren't enough to change perceptions.

Maj. Max Geron says he hears the phrase "war on cops" a lot from his fellow officers.

"They use it in social media, they use it in their discussions, and for many officers, there is that belief," he says.

Geron doesn't like the phrase "war on cops," but he understands where it comes from, especially where he works, in the Dallas Police Department.

'This Has Happened Far Too Often,' Obama Says, After 3 Officers Killed

"The human brain is a narrative processor and the stories and the things that these officers, particularly, witnessed, served to reinforce the idea that they are being victimized, that they are being attacked, whether that is in fact the overall case or not," he explains.

The belief in a war on cops can have real political consequences. It has been used as an argument against police reform movements such as Black Lives Matter, and it also led many rank and file officers to support Donald Trump during this year's presidential campaign. And it's not just a left-right thing; gun control groups are making an issue of police deaths, too. Without going so far as talking about a "war on police," the group Everytown for Gun Safety says shootings of police are an argument for stricter background checks on gun sales.

"What we're seeing is more cops are being shot in states without background check laws," says Sarah Tofte, Everytown's research director. "And I think a piece of that is that fewer dangerous individuals are able to get easy access to firearms."

Politics aside, the "war on cops" is also having a practical effect on everyday policing. In Dallas, Maj. Geron says officers there are being more cautious: they're more likely to wait for backup, which he thinks is good. But he doesn't want caution to become something darker.

"Along with the discussions about safety and security, we as the leaders need to continue to push the message of empathy with our citizenry, they're not the enemy," he says.

After an attack like the one in Dallas, he says police have to fight the tendency to see the job as a matter of "us versus them."