Accessibility links
Advocacy Groups Push For Better Tracking Of Hate Crimes Hate crimes are challenging to count. The FBI's annual tally is spotty because of underreporting. Advocacy groups are using their own systems to track a rise of reported attacks since the election. 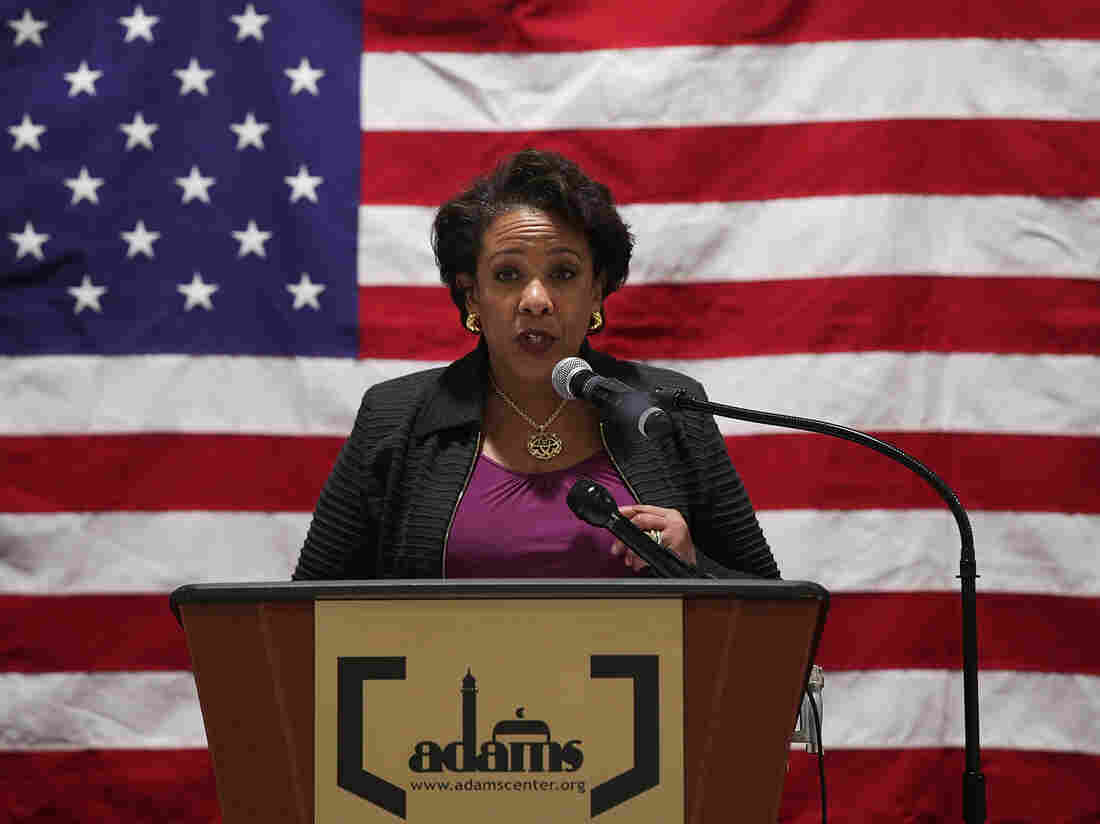 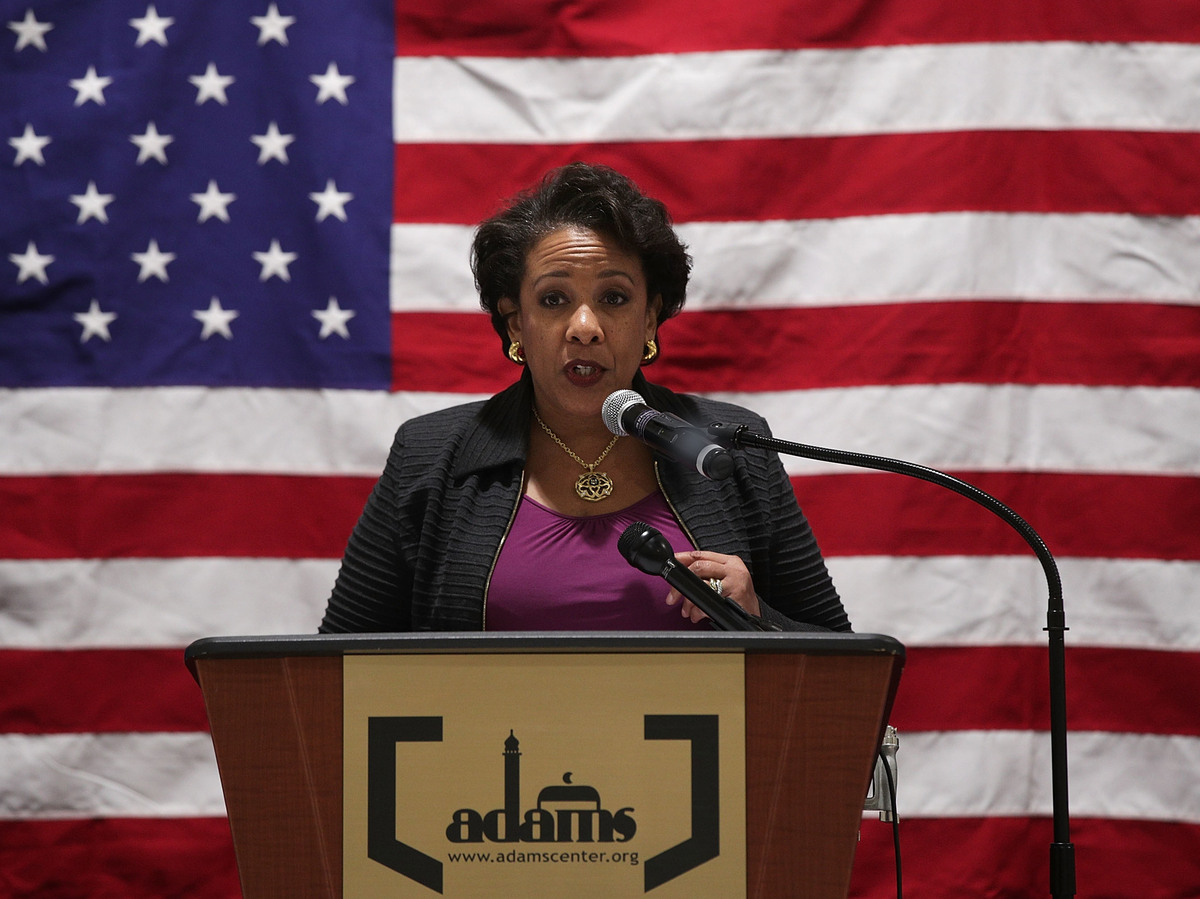 U.S. Attorney General Loretta Lynch says law enforcement officials know that many hate crimes are not reported in communities across the country.

Since Donald Trump was elected president some police and advocacy groups have seen an increase in reports of attacks based on race, religion, gender and sexual orientation. But if you're looking for the total number of hate crimes that took place in the U.S. this year — that's one number that even the FBI can't provide with certainty.

Every year, the FBI releases a national count of hate crimes from the previous year. Its latest report, released in November, says there were 5,850 hate crimes in 2015. But law enforcement officials, including U.S. Attorney General Loretta Lynch, will tell you that number is not exact.

"We know that there are many more hate crimes in communities, in all communities across this country, that go unreported," Lynch said during a speech in early December at a Muslim center in Sterling, Va.

For data-collecting purposes, the FBI defines a hate crime as a "criminal offense against a person or property motivated in whole or in part by an offender's bias against a race, religion, disability, sexual orientation, ethnicity, gender, or gender identity."

Its hate crimes report relies on police and sheriff's departments to send in numbers — voluntarily.

The FBI's tally is currently the most comprehensive national count of hate crimes, but Phyllis Gerstenfeld, author of Hate Crimes: Causes, Controls, and Controversies, warns against taking the numbers at face value because of the uneven reporting.

"You do have to look at them with skepticism. They can be really useful for understanding trends and also for comparing jurisdictions to each other," says Gerstenfeld, who also teaches criminal justice at California State University, Stanislaus.

During her speech, Lynch called for better reporting and data collection, especially since hate crimes in 2015 — including intimidation, assault and vandalism — increased more than 6 percent compared to 2014.

Some advocacy groups are trying to quantify the sources of that fear faster than the FBI.

After the election, the Southern Poverty Law Center started collecting reports of hate crimes, plus other types of harassment that fall outside of what the FBI considers a hate crime. Relying on news reports, social media and submissions to their website that they try to verify independently, they've compiled reports of more than 1,000 incidents as of Dec. 12.

"Look, we're just getting at the tip of the iceberg," says Richard Cohen, the center's president. "But I think the trends of what we're seeing are very, very, real."

Most of the reported attacks targeted immigrants, and Cohen says overall, attacks appear to be more widespread than before.

The number of new reports to the Southern Poverty Law Center has declined since the election.

But Cohen says he's worried about another uptick emerging around the time of Trump's inauguration.

Trying to keep a verified count of these incidents has been taxing for the center and other advocacy groups.

"Sadly, you work longer hours. That's the only solution at this point," says Corey Saylor, director of the Council on American-Islamic Relations' department to monitor and combat Islamophobia.

Another problem with counting hate crimes, Saylor adds, is distrust of law enforcement officials that can lead to underreporting by targeted communities. Others may be overwhelmed by the number of attacks they receive.

"Many mosques, they get so many that they just don't bother," Saylor says. "Somebody will have left a message on your voicemail saying they're going to come and kill everybody, and people will just hit delete because they've become desensitized to it."

After A Horrible Hate Crime, How Do You Not Hate Back?

On the law-enforcement side, Saylor says some agencies may be reluctant to press hate crime charges because it can be hard to prove a person's bias as a motive.

Saylor and other advocates say so far, they've seen no indication that improving hate crime tracking nationally will be a priority for the Trump administration.

And that's why Jonathan Greenblatt, national director of the Anti-Defamation League, says his and other groups are focusing more at the state level, especially in the five states that don't have hate crime laws — Arkansas, Georgia, Indiana, South Carolina and Wyoming.

"There are new majorities and new officials in place, so we've got to look state by state to determine, OK, where is it reasonable to believe we can actually get a hate crimes law on the books," Greenblatt says.

And once they're on the books, he says it may give us a better handle on hate crime numbers.