Accessibility links
Colorado River Crisis Hits Across The West, With Water In High Demand, Low Supply After years of drought and dropping water levels, the Colorado River is reaching a crisis point. Communities at each end of the river are looking at a variety of measures, from storage to sharing. 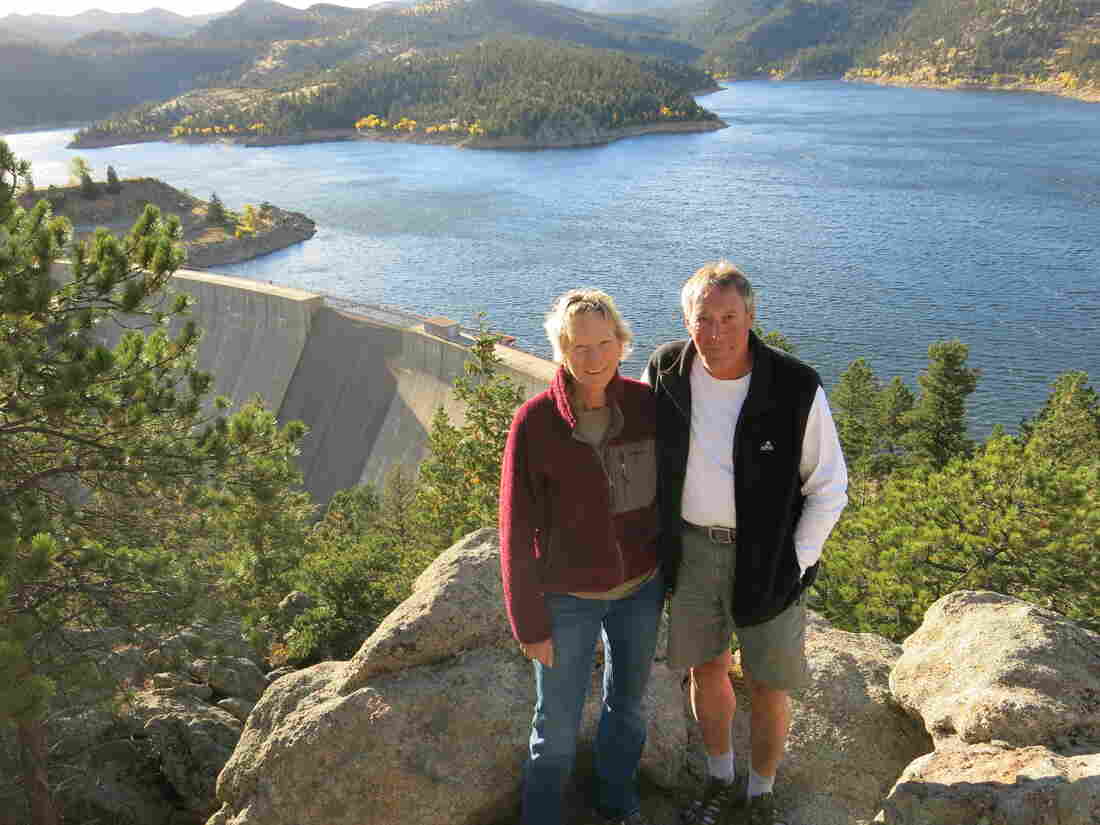 Beverly Kurtz and Tim Guenthner live near Gross Reservoir outside Boulder, Colo. They oppose a an expansion project that would raise the reservoir's dam by 131 feet. Grace Hood/Colorado Public Radio hide caption 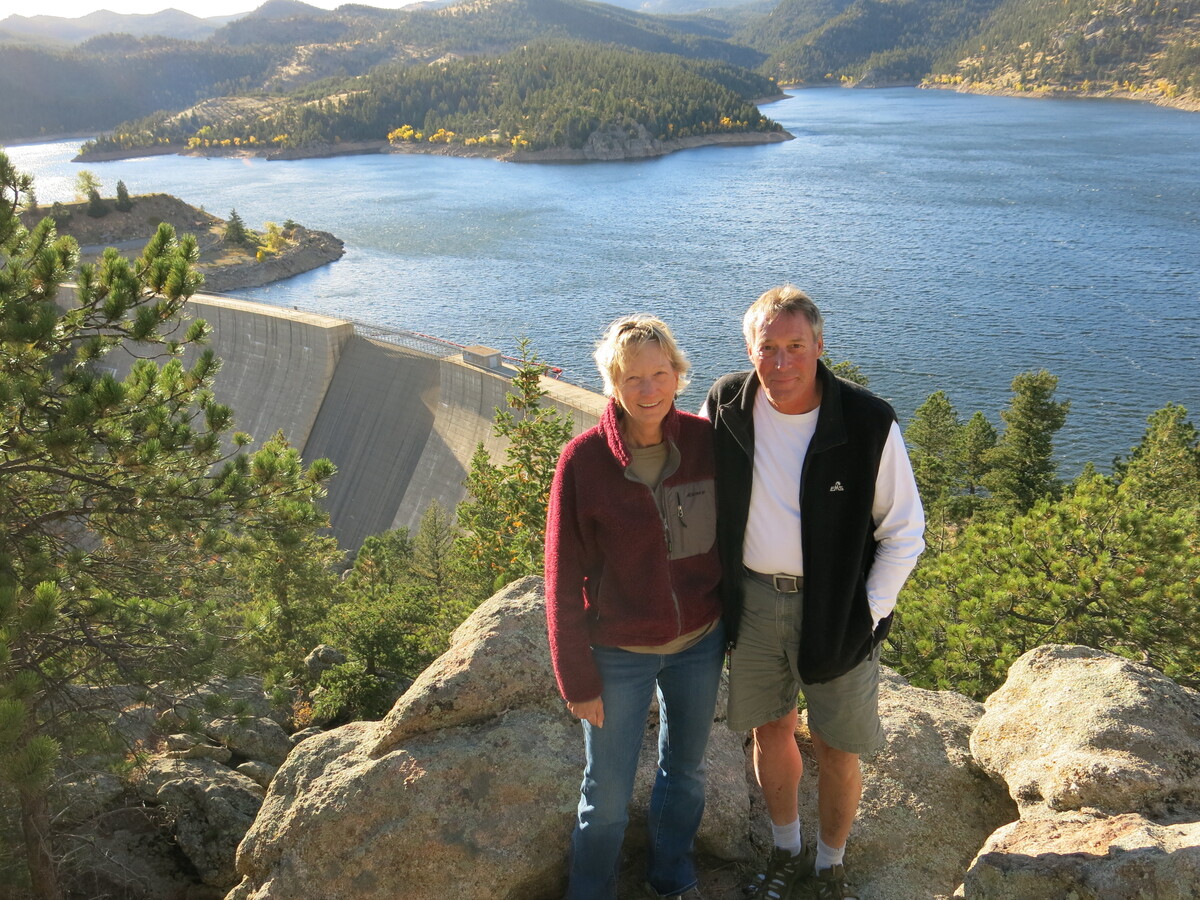 Beverly Kurtz and Tim Guenthner live near Gross Reservoir outside Boulder, Colo. They oppose a an expansion project that would raise the reservoir's dam by 131 feet.

The Colorado River is like a giant bank account for seven different states. Now it's running short.

For decades, the river has fed growing cities from Denver to Los Angeles. A lot of the produce in supermarkets across the country was grown with Colorado River water. But with climate change, and severe drought, the river is reaching a crisis point, and communities at each end of it are reacting very differently.

Just outside Boulder, Colo., surrounded by an evergreen forest, is Gross Reservoir. Beverly Kurtz and Tim Guenthner live just out of eyesight from the giant man-made dam. And that's on purpose.

"I could have built a house that overlooked the reservoir," Kurtz says. But, she says, "It's choking off a wild river, which in my opinion is never a good thing."

Kurtz and Guenthner have a newfound job in retirement: fighting a proposed expansion to Gross Reservoir's dam. The utility that owns it, Denver Water, wants to raise the concrete dam 131 feet.

"It doesn't make any sense to build a multimillion-dollar dam and disrupt the environment here when down the line, that's not going to solve the problem," Kurtz says.

The problem is that Colorado's population will nearly double by 2050. Future residents will need more water. Denver Water CEO Jim Lochhead says more storage is part of the solution. It's also an insurance policy against future drought.

"From Denver Water's perspective, if we can't provide clean, reliable, sustainable water 100 years from now to our customers, we're not doing our job," Lochhead says.

Demand for Colorado River water is already stretched thin. So it may sound crazy that places like Colorado and Wyoming want to develop more water projects. Legally, that's something they are entitled to do.

Wyoming is studying whether to store more water from a Colorado River tributary. "We feel we have some room to grow, but we understand that growth comes with risk," says Pat Tyrrell, who oversees Wyoming's water rights.

Risk because in 10 or 20 years there may not be enough water to fill up expanded reservoirs. A 16-year drought has dramatically decreased water supply even as demand keeps growing. And climate change could make this picture worse.

Capturing The Complexities Of The Colorado River

"You understand the reality today of a low water supply," he says. "You also know that you're going to have permit applications coming in to develop more water. What do you do?"

Tyrrell says that as long as water is available, Wyoming will very likely keep finding new ways to store it. But a future with less water is coming.

In California, that future of cutbacks has already arrived. The water that started in Colorado flows more than 1,000 miles to greater Los Angeles.

So even in the sixth year of California's drought, some lawns are still green. 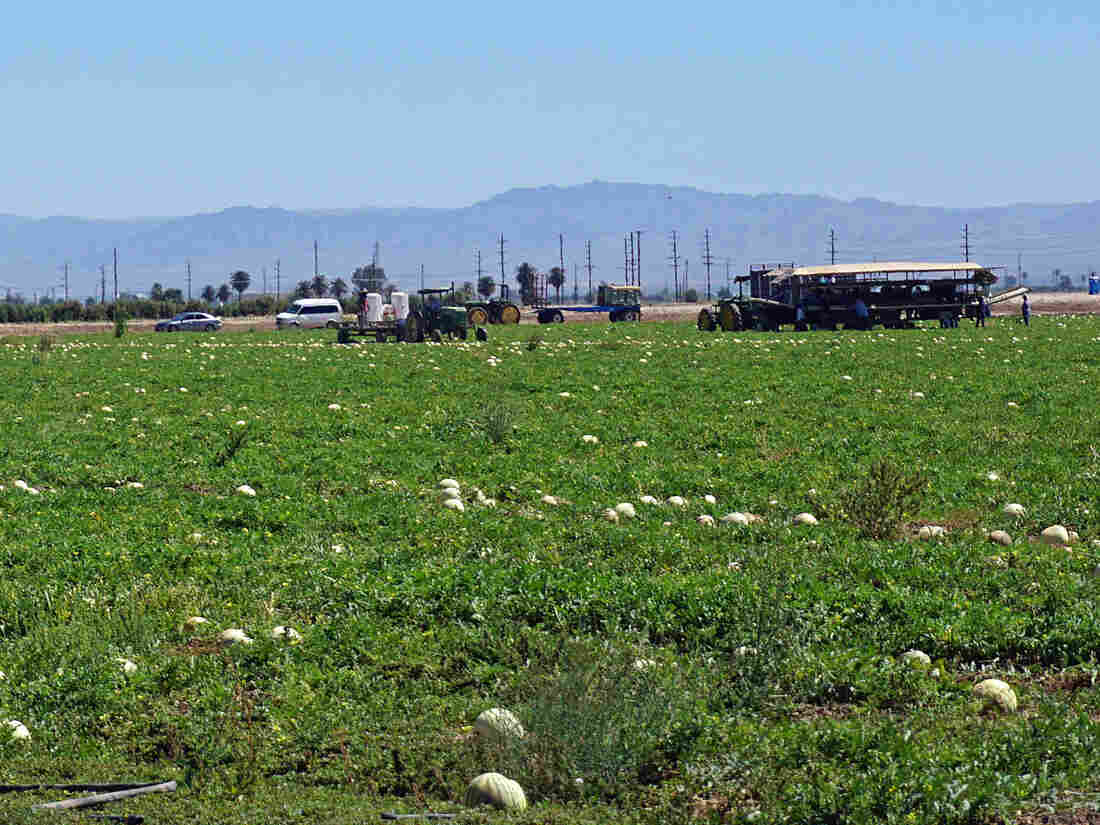 California's Imperial Valley produces around two-thirds of the country's vegetables in the winter, with water from the Colorado River. Lauren Sommer/KQED hide caption 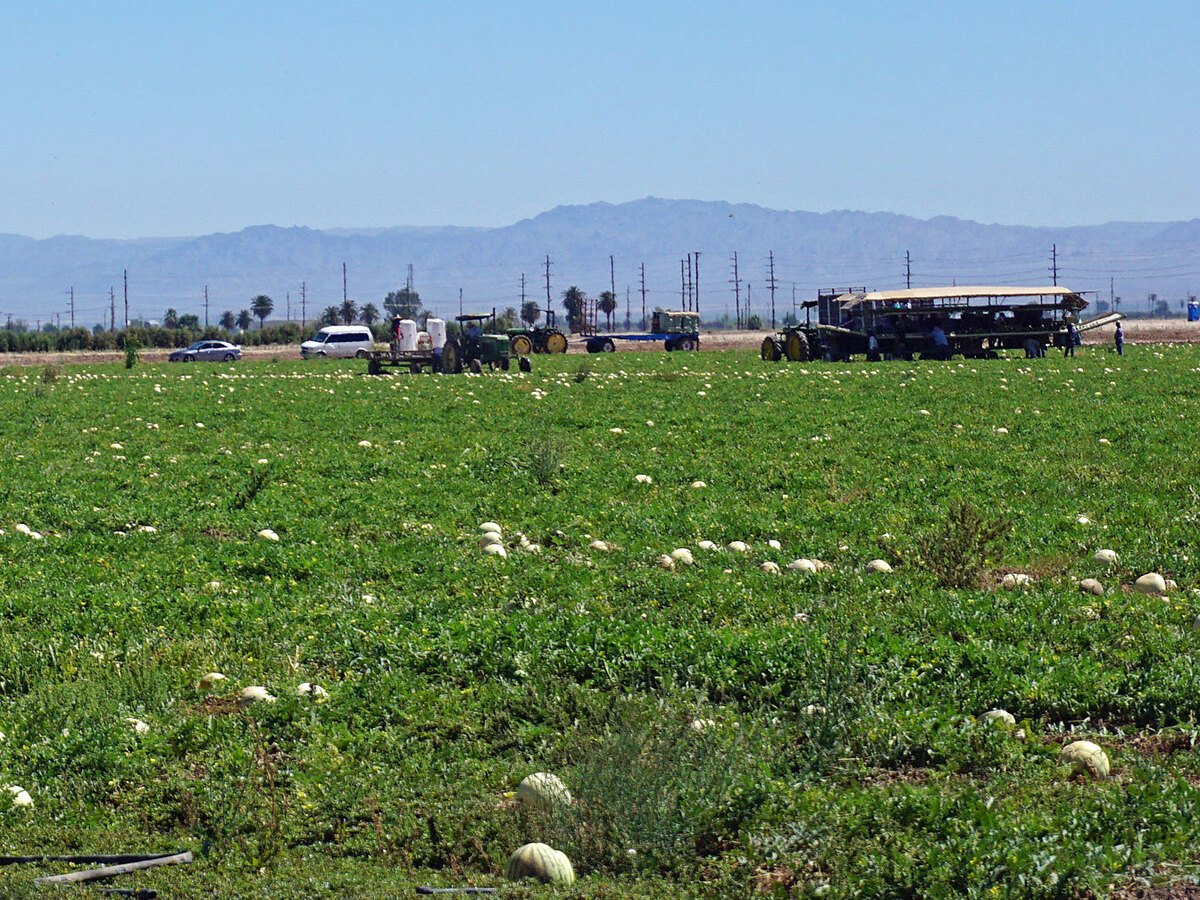 California's Imperial Valley produces around two-thirds of the country's vegetables in the winter, with water from the Colorado River.

"Slowly but surely, the entire supply on Colorado River has become less reliable," says Jeffrey Kightlinger, who manages the Metropolitan Water District in Southern California. He notes that the water level in Lake Mead, the biggest reservoir on the river, has been plummeting.

An official shortage could be declared next winter. "And that'll be a historic moment," Kightlinger says.

It's never happened before. Arizona and Nevada would be forced to cut back on how much water they draw from the river. California would be spared that fate, because it has senior water rights. So you wouldn't expect to hear what Kightlinger says next.

"We are having voluntary discussions with Arizona and Nevada about what we would do proactively to help," he says.

California could help by giving up water before it has to, between 5 percent and 8 percent of its supply. Kightlinger isn't offering this out of the goodness of his heart; if Lake Mead drops too low, the federal government could step in and reallocate all the water, including California's.

"We all realize if we model the future and we build in climate change, we could be in a world of hurt if we do nothing," Kightlinger says.

This idea of cooperation is somewhat revolutionary after years of lawsuits and bad blood.

Recently, farmer Steve Benson was checking on one of his alfalfa fields near the Mexican border. "We know there's a target on our back in the Imperial Valley for the amount of water we use," he says.

This valley produces two-thirds of the country's vegetables in the winter — with water from the Colorado River.

In fact, for decades, California used more than its legal share of the river and had to cut back in 2003. This area, the Imperial Irrigation District, took the painful step of transferring some of its water to cities like San Diego.

Why The Colorado River Stopped Flowing

Bruce Kuhn voted on that water transfer as a board member of the district. "It was the single hardest decision I have ever made in my life," he says.

Kuhn ended up casting the deciding vote to share water, which meant some farmers have had to fallow their land.

Soon, Kuhn may have to make another painful decision about whether California should give up water to Arizona and Nevada. With an emergency shortage looming, Kuhn may have no choice.