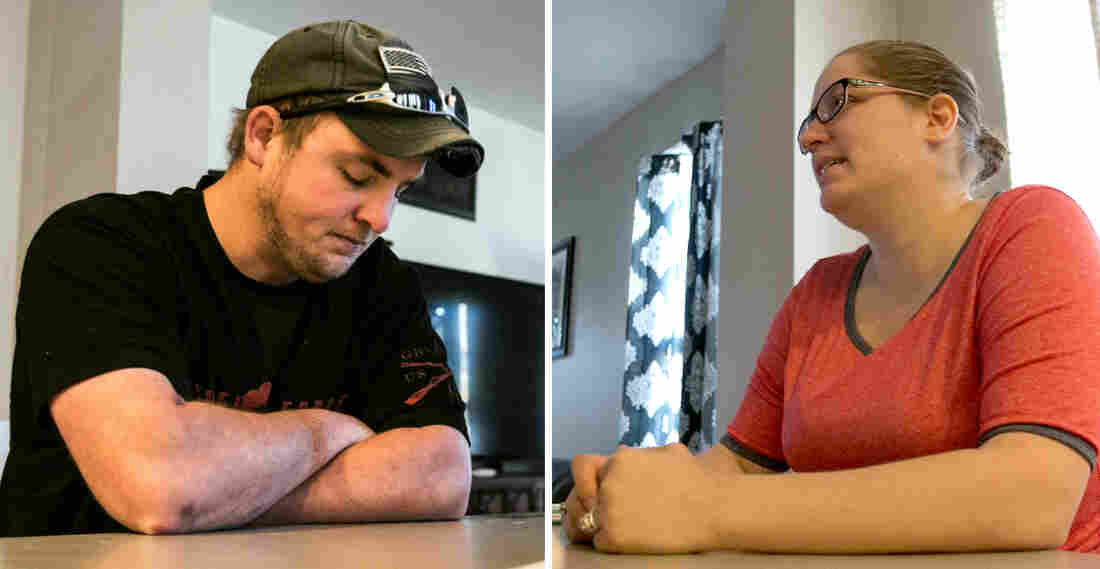 Jeff Lynch (left) and his wife, Christy, sought fertility treatments after Jeff returned home from his two deployments to Iraq, which left him unable to have children naturally. Brian Batista/American Homefront hide caption 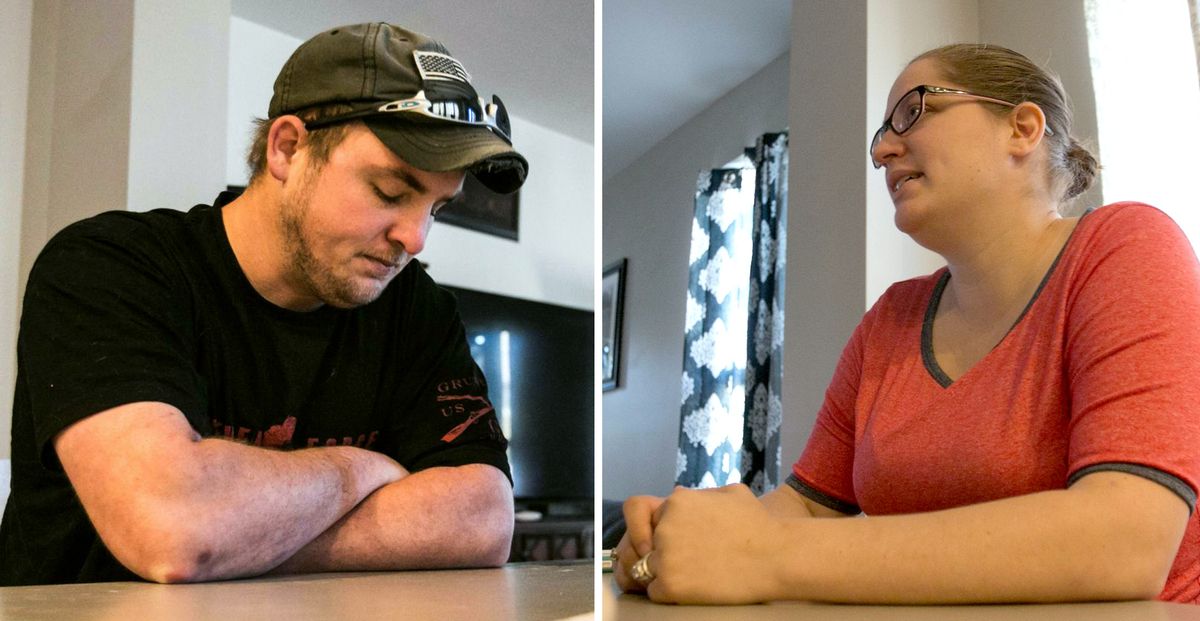 Jeff Lynch (left) and his wife, Christy, sought fertility treatments after Jeff returned home from his two deployments to Iraq, which left him unable to have children naturally.

A version of this story previously ran as part of The American Homefront Project, a national reporting collaboration from member stations WUNC, KUOW and KPCC.

When his convoy was attacked with an improvised explosive device in Iraq in 2007, Army Sgt. Jeff Lynch was seriously wounded. He suffered a traumatic brain injury, was hospitalized for months, and underwent more than a hundred surgeries.

His injuries also left him unable to father children.

"At that time, you're not thinking of kids," Lynch said. "You're worried about if you're going to survive."

But after Lynch left the military, he and his wife Christy decided they wanted a family. They had one child, but a second baby died shortly after birth. Now, the lingering effects of his injuries – and his medications – have left them unable to have more children naturally.

The Lynches explored in vitro fertilization (IVF), but the procedure's $15,000 price tag was daunting.

"It was something we weren't comfortable putting all of that money into without having a guaranteed outcome," Christy said.

Veterans' advocates estimate that as many as 2,000 former service members are possible candidates for IVF because of military related fertility problems. But the cost is out of reach for many wounded vets, and in 1992, Congress banned the Department of Veterans Affairs from paying for it under veterans benefits.

That ban has now been lifted under legislation passed in October.

Murray said it was difficult to remove the ban because of resistance from conservative members of Congress.

"Individual lawmakers were making a decision having to do with a woman's right to choose, not about making sure these men and women could fulfill their dream through IVF," she said.

Christy and Jeff Lynch were among several couples who lobbied lawmakers for the bill. They encountered the same concerns.

The new law actually came too late to help the Lynches. By the time it passed, they had already undergone IVF through a doctor who treats wounded vets for a reduced fee.

And now they're expecting twins.

"I just want her and the two babies to come out healthy. That's all I want," Jeff said.

And Christy wants all wounded veterans to have the option of using IVF under their VA benefits. The new law is only temporary. It expires in two years. And Christy plans to keep fighting to make it permanent.

"Jeff has a friend who is almost like a brother to him who is a paraplegic," Christy said. "We didn't want him and his future wife to have to fight this battle."