Accessibility links
Alt-Right Infighting Simmers Around Inaugural 'DeploraBall' Organizers of an event to celebrate Donald Trump as he comes to office in January rescinded the invitation of one of its leading figures, following his tweets about Jews and the media. 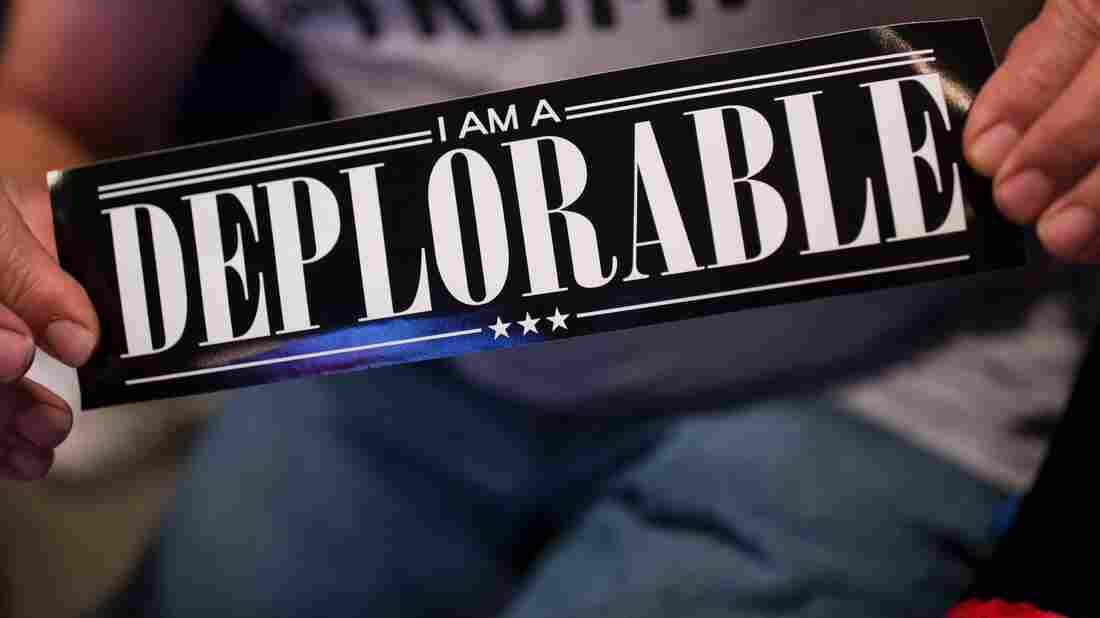 A supporter of Republican presidential candidate Donald Trump shows a bumper sticker reading "I am a Deplorable" at Mohegan Sun Arena in Wilkes-Barre, Pa., on Oct. 10. The term references comments by Hillary Clinton that suggest some Trump supporters are "deplorables." Dominick Reuter/AFP/Getty Images hide caption 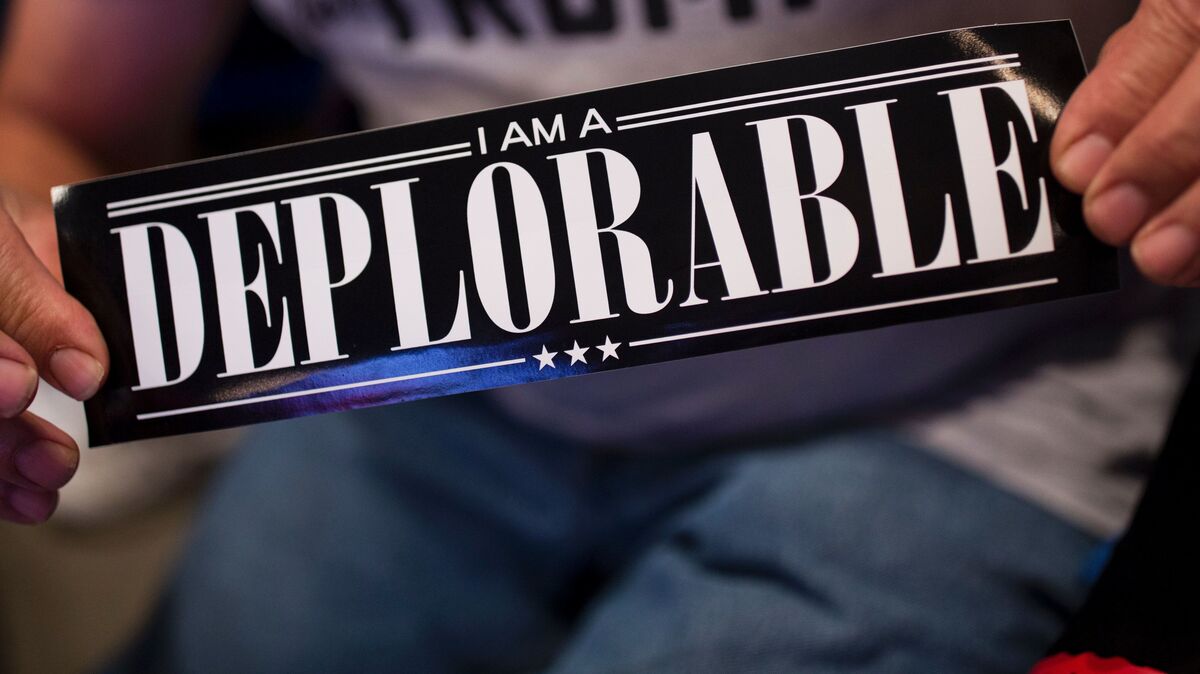 A supporter of Republican presidential candidate Donald Trump shows a bumper sticker reading "I am a Deplorable" at Mohegan Sun Arena in Wilkes-Barre, Pa., on Oct. 10. The term references comments by Hillary Clinton that suggest some Trump supporters are "deplorables."

Editor's note: This post includes language that some readers will find offensive.

A rift has surfaced within the alt-right, the movement closely associated with white supremacism that has been celebrating Donald Trump's election as president. In fact, they are planning a big event around Trump's inauguration — the "DeploraBall."

Organizers of the event, which plays off Democratic presidential nominee Hillary Clinton's "basket of deplorables" swipe at some Trump supporters, have rescinded the invitation of a prominent social media personality with the alt-right movement, Tim Treadstone, better known by his Twitter handle @bakedalaska.

He tweeted on Monday anti-Semitic and racist comments that included "it's a common fact the media is run in majority by Jewish people, it's similar to observing blacks are good at basketball."

Another alt-right leader, author and organizer of the DeploraBall, Mike Cernovich, appears to have reached out directly to Treadstone to tell him it was not wise to raise the "JQ?" — or Jewish Question when he is a featured guest at the event. Cernovich also urged no Nazi salutes either, a gesture popular with the movement.

That's when things got heated and turned public.

Treadstone posted the private correspondence between him and Cernovich. Then posted a 45-minute tirade he titled "Oy vey! Banned from Deploraball."

The Daily Stormer, a neo-Nazi publication, weighed in on the feud and sided with Treadstone: "The Deploraball is apparently an attempt at a sanitized, cuckolded, pro-Jew version of the NPI conference." It also lashed out at the event's organizers for previously uninviting leading alt-right figures like Richard Spencer and Sam Hyde.

Others sided with Treadstone and took to burning Cernovich's book Gorilla Mindset.

As we have reported, the alt-right was energized by the election of Trump and had been optimistic their controversial views, which embrace white supremacist and anti-Semitic ideas, were finding their way into mainstream politics. A further jolt was given to alt-right supporters following Trump's appointment of Steve Bannon, who previously ran Breitbart News, to be his senior strategist. Bannon has said in the past that Breitbart is "a platform for the alt-right," but after the election said there should be "zero-tolerance" for anti-Semitism.

This is not the first time organizers for the DeploraBall have garnered unwanted attention surrounding the event. Earlier this month, Fox News reported that a Washington, D.C.-area venue was receiving threatening calls after deciding against hosting the ball.

The DeploraBall is scheduled for Jan. 19 at the National Press Club, a day before President-elect Donald Trump's inauguration.