Accessibility links
After Backlash, Including From Trump, House GOP Drops Weakening Of Ethics Office After a late-night vote and an ensuing public relations debacle, House Republicans reversed themselves on a decision that would have taken the teeth out of the Office of Congressional Ethics.

Listen · 4:15 4:15
After Backlash, Including From Trump, House GOP Drops Weakening Of Ethics Office 4:15 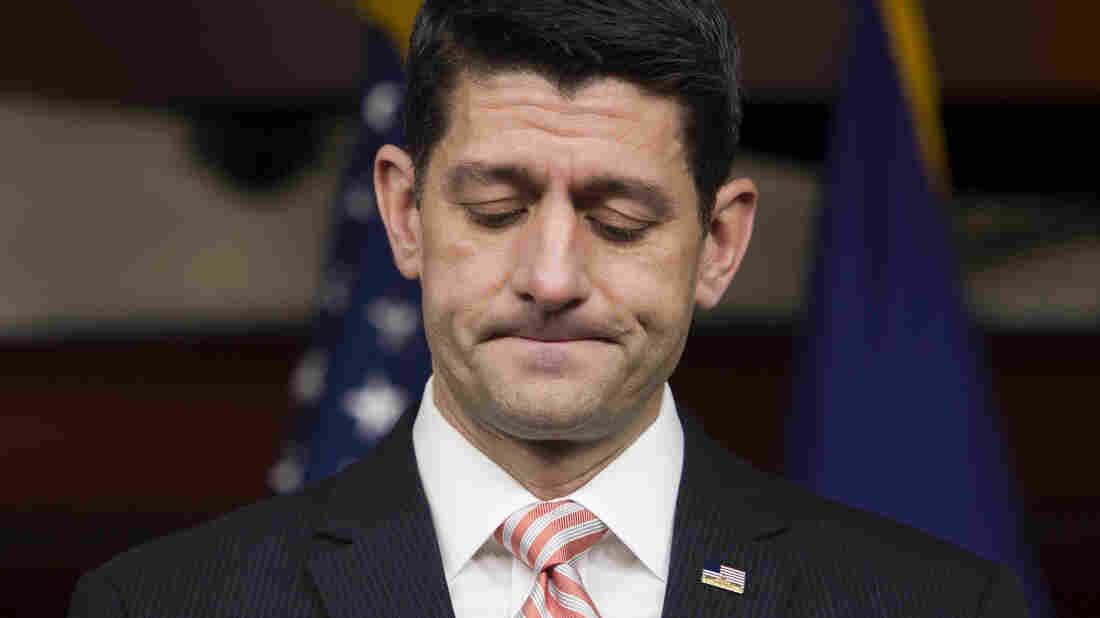 House Speaker Paul Ryan and the House GOP backed away from a proposal to weaken the Office of Congressional Ethics after a backlash, including from President-elect Trump. Cliff Owen/AP hide caption 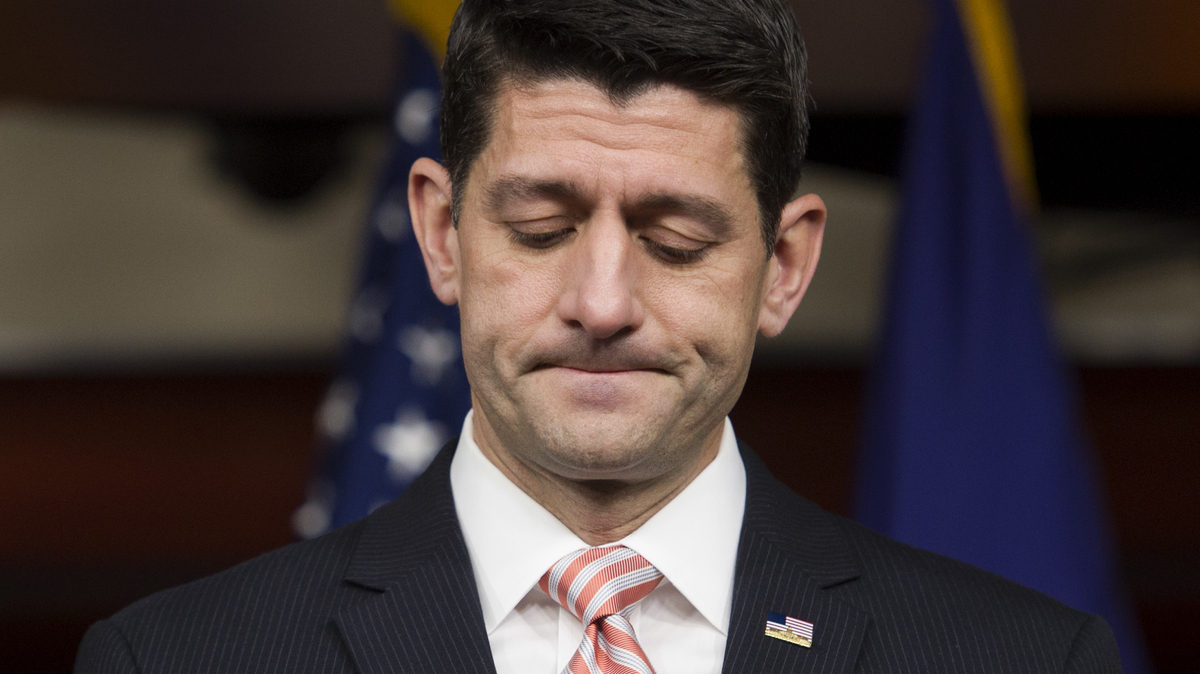 House Speaker Paul Ryan and the House GOP backed away from a proposal to weaken the Office of Congressional Ethics after a backlash, including from President-elect Trump.

After a storm of criticism, including from President-elect Donald Trump, House Republicans have reversed themselves and restored the current rules of the Office of Congressional Ethics.

GOP members met Tuesday afternoon and agreed by unanimous consent to withdraw a change to House rules approved late Monday evening, before the new Congress was sworn in, that would have weakened the ethics office, an independent watchdog first established in 2008 under House Democrats.

According to lawmakers in the room, GOP leaders said the change was a distraction from their agenda and that the issue needed further vetting.

Trump questioned, via Tweet, Congress' priorities. He tweeted a pair of posts saying that while the OCE was "unfair," Congress had more important issues to take up, including tax reform and health care.

Inclusion of the ethics measure threatened to bring down the entire rules package — the governing rules of the chamber — that is headed for a vote later Tuesday. The majority party traditionally passes the rules package on its votes alone, and a defeat would have been an embarrassing start for Republicans in the new Congress.

House Ethics Chairwoman Susan Brooks, R-Ind., said that the ethics panel will review the proposal and come back to the conference with any recommendations by late summer or early fall. Republicans said they would like to have Democratic buy-in to any proposed changes to the OCE. Several Democrats in recent years have also voiced criticism of the OCE, but Minority Leader Nancy Pelosi, D-Calif., who played a critical role in establishing the office, has fought back any efforts to reduce its role.

Pelosi said in a statement that "House Republicans showed their true colors last night" and decried "the toxic dysfunction of a Republican House that will do anything to further their special interest agenda, thwart transparency and undermine the public trust."

Democrats did not immediately comment on whether they would take part in an Ethics Committee review.

Opposition to the gutting of the office was swift and came from some unexpected sources in addition to Trump.

Exhibit A: Jack Abramoff, the former lobbyist, whose conviction on influence-peddling charges helped lead to the creation of the OCE, told Politico the Republicans' action was "exactly the opposite of what Congress should be doing."

Former Rep. Bob Ney, who also served time after being convicted as part of the same scandal, said, "House Republicans should not have done this and also the way they did it without announcing it is not a public policy to be proud of."

Judicial Watch, the conservative group that has led efforts to release former Secretary of State Hillary Clinton's emails, called the House rules change "shady and corrupt" and a "drive by effort" to eliminate the OCE, as well as "a poor way for the Republican majority to begin 'draining the swamp.' "

House Speaker Paul Ryan had issued a statement saying many members feel that after eight years, the office "is in need of reform." Ryan argued the office would continue to operate independently and still take complaints from members of the public. He said the House Ethics Committee would merely provide oversight of the complaints office but insisted that the office "is not controlled by the committee."

The Project on Government Oversight also chimed in, saying ethics watchdogs like the OCE "need to be strengthened and expanded — not taken out back and shot in the middle of the night."