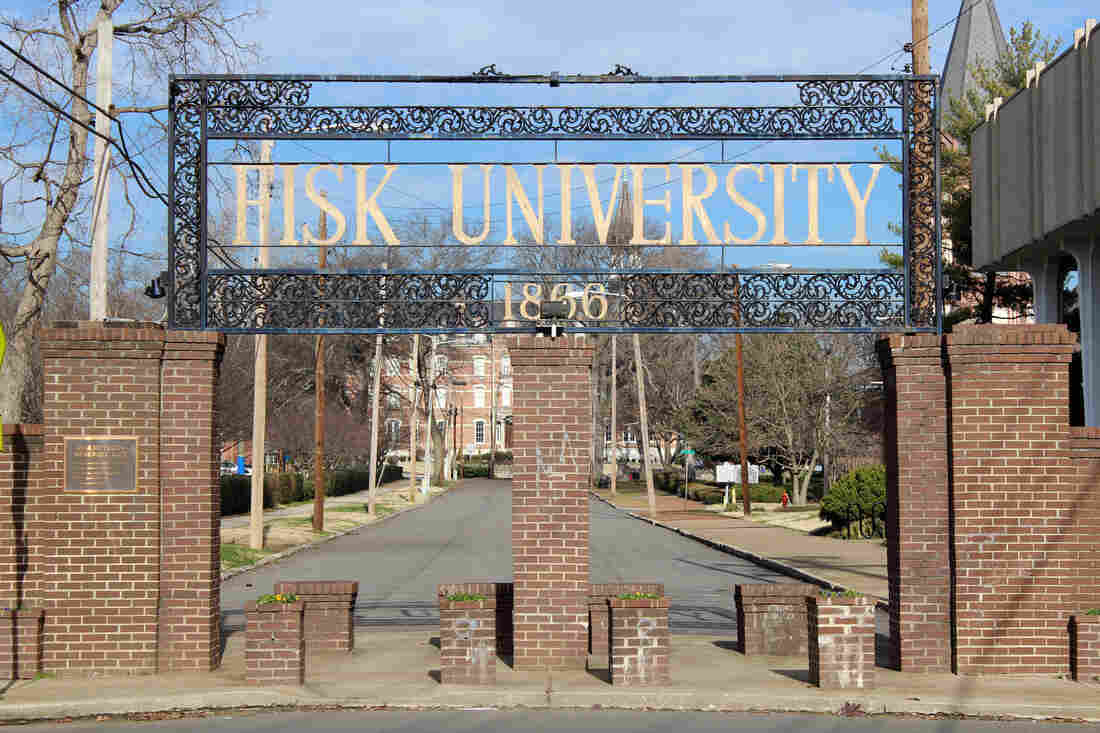 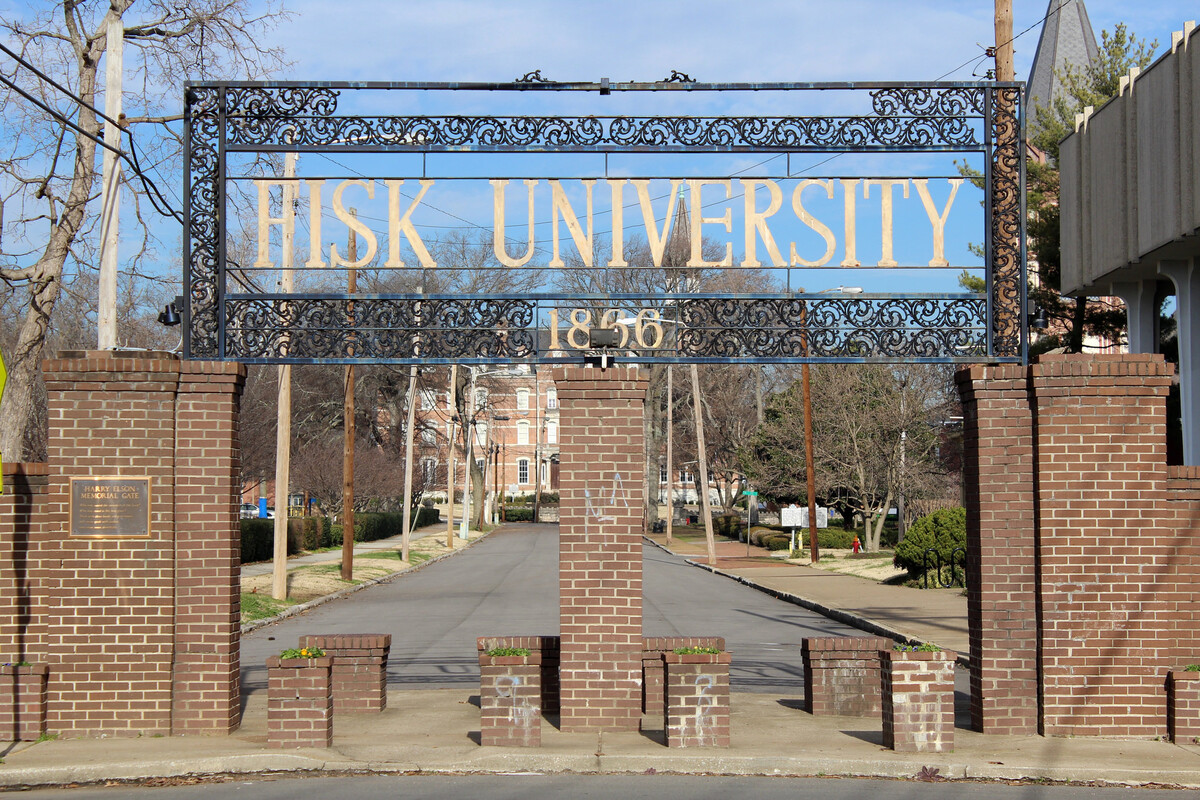 The Fisk Jubilee Singers famously saved Fisk University in Nashville from financial ruin 150 years ago. The historically black university is now hoping to move past its cash-strapped reputation.

It's been 150 years since Fisk University opened in Nashville to educate freed slaves after the Civil War. The school's later students would become prominent black leaders of the Harlem Renaissance and the civil rights movement.

But the small school is still grappling with a dilemma that's been there since the start: how to become financially sustainable.

Fisk is perhaps most widely known for its music, but that legacy is intertwined with money.

At Fisk University, A Tradition Of Spirituals

"When the school reached the point of less than a dollar left in the treasury, when there was no hope, a student chorus was put together in the fall of 1871," he says.

That chorus of nine students called the Fisk Jubilee Singers set out on its first national tour.

"They would present themselves — some the children of slaves, a few enslaved themselves — and the world was astonished by these young people from this place called Fisk," Mitchell says. 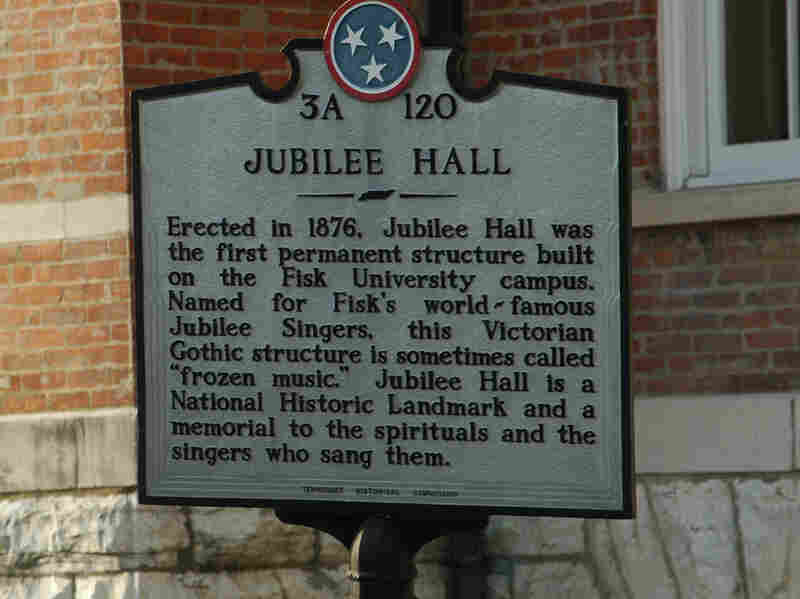 Fisk University is perhaps most widely known for its music, but that legacy is intertwined with money. Maureen/Flickr hide caption 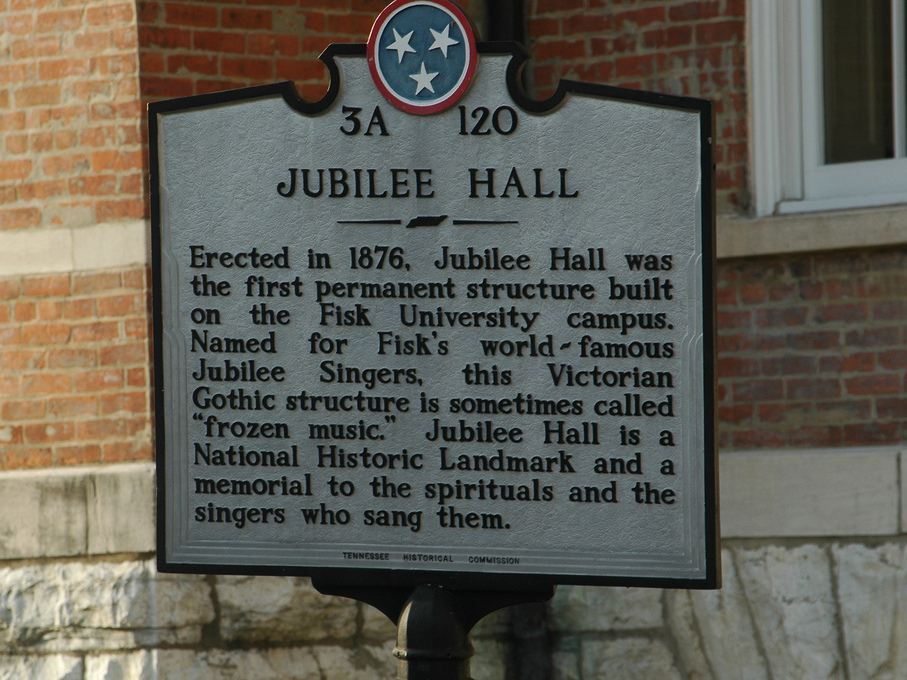 Fisk University is perhaps most widely known for its music, but that legacy is intertwined with money.

The Jubilee Singers became legendary. They performed at the White House for President Ulysses S. Grant. They traveled to England and sang for Queen Victoria, who instructed her court painter to create their portrait, which still hangs at Fisk today.

And the tours worked. With the money the singers raised, Fisk bought the land it sat on and built the campus' first permanent building. It's a point of pride even today.

At Fisk events, speakers frequently invoke the original nine Jubilee Singers, thanking them for their dedication to the school. But as their legacy lives on, so does the financial burden they tried to relieve.

Fisk nearly went bankrupt in the 1980s. Then, a decade ago, it set off a long legal battle when it tried to sell famous paintings donated by Georgia O'Keeffe. The school was later put on temporary probation for its finances.

That's not to say it's always been shaky. Marybeth Gasman at the Penn Center for Minority Serving Institutions actually wrote her dissertation on what she calls Fisk's golden years — the 1940s and '50s.

"And that's really the last time that Fisk had like real financial success," Gasman says. "They were at the helm of [historically black colleges and universities]."

To get back to that point, Gasman says, Fisk needs a few things. It needs stable leadership as the school has been cycling through presidents lately. It also needs to buckle down on fundraising by getting potential donors excited about the school today, not just its history.

"No one's going to give to Fisk merely because of Jubilee Singers or Jubilee Hall," Gasman says. "They want to see what Fisk is doing now."

That's the biggest challenge for Jens Frederiksen, who is in charge of fundraising at Fisk. He says he wants to move the school away from its reputation of being strapped for cash.

Striking Harmonies With The Jubilee Singers' Past And Present

"I think for a long time we were probably mired down in a few familiar narratives that sort of usurped all the press," he says.

Instead, Frederiksen wants to highlight academics. For example, Fisk is nationally ranked for its master's program in physics. He's also trying to increase alumni and private company donations.

The Jubilee Singers still have a role in all of this, 150 years later. They're seen as ambassadors for the university as they travel around the country to perform.

But this time, the fortunes of the school no longer rest on their voices.