'The Strays' Invites You To A Disturbing, Magical World

'The Strays' Invites You To A Disturbing, Magical World 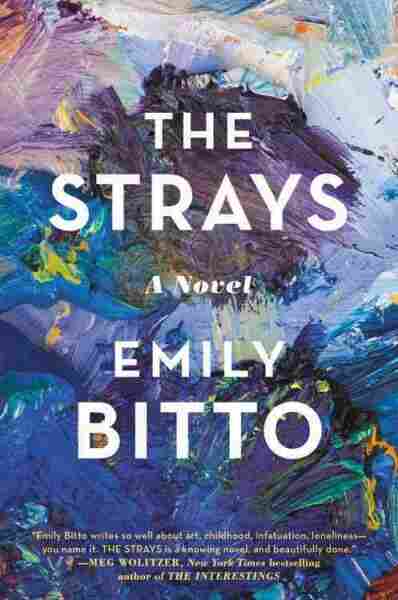 "Dogs are better than human beings," wrote Emily Dickinson, "because they know but don't tell." That sentiment comes to mind when considering Emily Bitto's debut novel, which showcases a dazzling, gabby and ultimately doomed collection of stray human beings. Assembled under one bohemian roof in 1930s Australia, most of these characters tell all to a fault. But one, an adolescent girl named Lily, sees all but keeps her mouth firmly shut — until she comes to narrate this book. Framed as a memoir drafted in 1985, when Lily has grown to maturity, The Strays invites readers into a world that is by turns disturbing and magical.

The avant-garde art scene in Depression-era Melbourne burns white hot. Painters find themselves characterized as decadents in the newspapers and do their best to live up to the reputation. A canvas of riotous and erotic oils, the creative ferment comprises the narrative backdrop of The Strays. In the foreground is the story of two young girls who fall deeply in love and create an intensely private relationship amid the adult chaos that reigns around them. From the day they meet as 8-year-olds in grade school, narrator Lily adores Eva Trentham. The sharp-tongued, exotic Eva lives with her parents Evan and Helena and two sisters in a grand heirloom of a house surrounded by rambling, sumptuous gardens.

Lily assesses the sharp differences between the Trentham household and the boring, bourgeois, ticky-tacky suburbia where she has been raised by her utterly conventional mother and father; Helena and Evan love their daughters, but that does not preclude them from partying nightly in front the kids. Helped along by generous doses of "reefer," as Bitto refers to marijuana throughout, the rolling revelry also features toothsome feasts, nudity, moonlit trysts and far too much wine. The free-at-all-costs father of the clan takes a notion to defecate in the garden with everybody watching, which given the outrageous milieu is about par for the course.

With precise and graceful turns of phrase, Bitto reveals the bond of passion between the two girls, which seems unbreakable but inevitably snaps under all that can't be said.

Lily is gobsmacked by the goings on. The adults are too feckless to shield their offspring, neglecting to send the young ones off to bed when it gets late. The girls themselves grab whatever stimulant they can get their hands on. Our narrator acclimates herself "to being invisible, to being secretly in love with the people I lived with every day." And the strays keep arriving, painters who move in with their slim suitcases, their brushes, oils and "turps" (turpentine) — and their ambitions. Bankrolled by Helena's inheritance, the Trentham property increasingly functions as a full-bore arts commune.

As a 13-year-old, Lily sees her future "unfurling in the sunlight." Taking up writing, secretly, as a voyeur, she finds herself "learning the habit of attention, of noticing the world in all its ravishing detail and complexity." The adolescent journals form her personal mode of self-expression, and eventually become the foundation for the "memoir" that the grownup Lily presents in The Strays. "Sometimes," Lily tells us, "I felt myself to be a dog under the table, scrounging after dropped morsels. I was sly and skulking like a dog has to be."

Word pictures which elevate the ordinary to exquisite appear throughout Bitto's novel, appropriate to a book that focuses so much on the glory of art: "The air there smelled of dry bush, gum leaves and wet clay, like the heavy blocks we used in pottery class, our teacher slicing them to pieces with a string tied between two clothes pegs."

It's all too wonderful to last, of course. Eva, who prides herself as a young teen on a 50-foot dive from a cliff into the local quarry, suddenly grows up, engages in truly bad behavior, and distances herself from her crestfallen buddy Lily. They had shared a bed, with limbs entangled, "an intimate, entwined existence." With precise and graceful turns of phrase, Bitto reveals the bond of passion between the two girls, which seems unbreakable but inevitably snaps under all that can't be said. And she delivers all of this with a grace and eloquence which rival that of the young friends' bond.