Accessibility links
Trump's Tough Talk On Illegal Immigration May Mean A Boon For Private Prisons A promised crackdown on people living in this country illegally could mean a boon for private prison companies that contract with the government to hold detainees. 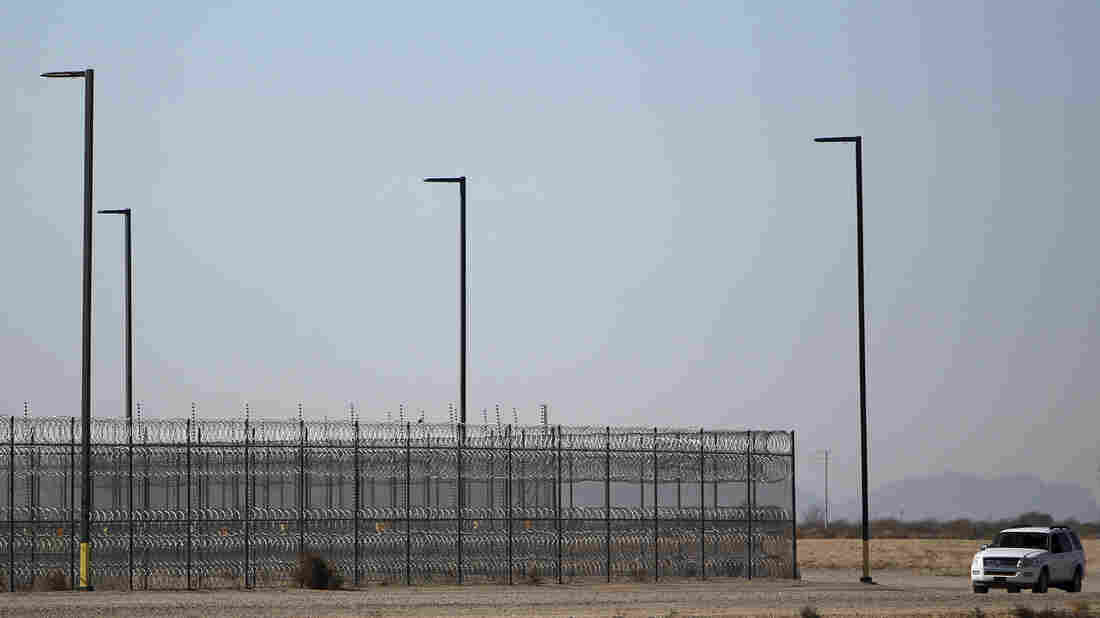 An unmarked police truck patrols the outside of a detention center run by CoreCivic in Eloy, Ariz., on Jan. 20, 2016. Ricardo Arduengo/AP hide caption 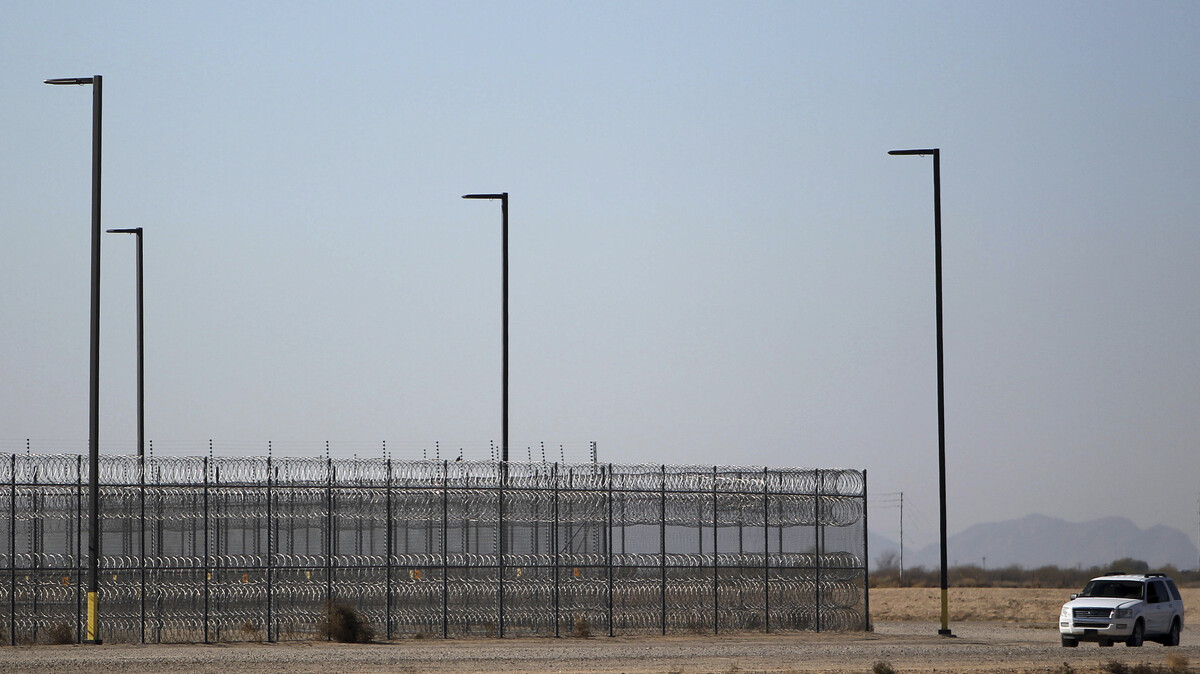 An unmarked police truck patrols the outside of a detention center run by CoreCivic in Eloy, Ariz., on Jan. 20, 2016.

With President-elect Donald Trump's tough talk on immigration, private prisons may be an early winner under his administration.

In the week after Election Day, stocks of GEO and CoreCivic, the two biggest for-profit detention companies, shot up more than 20 and 40 percent, respectively.

Last spring at a town hall meeting on MSNBC, Trump said this about the confinement industry: "By the way, with prisons I do think we can do a lot of privatizations and private prisons. It seems to work a lot better."

Two possible categories of unauthorized immigrants who would go behind locked gates: First, the Trump campaign vowed to stop the catch and release of people who cross the border without documents to ask for asylum. And second, as president-elect, Trump has said he wants to deport 2 to 3 million "criminal aliens."

"Detention is an inherent part of the machinery of deportation, and so I think we're looking ahead at massive expansion of our detention system," says Mary Small, policy director for Detention Watch Network, which opposes private prisons. "And what we've seen over the last decade is that when the detention system grows that's mainly through the use of private prison companies."

The Obama administration played red light, green light with the corrections industry. The Department of Homeland Security relies heavily on private lockups for more than 70 percent of its detainees. And recently, the agency has been signing contracts for hundreds of new detention beds.

Meanwhile, the Department of Justice announced in August it wants to phase out all private prisons, including those that hold convicted immigrants. The inspector general declared them less safe and less secure than federal prisons.

But Trump's Justice Department may reconsider private prison contracts, says Michele Deitch. "This summer, the Justice Department decided to reduce its use of privatization, and I think that will certainly be looked at again under a Trump administration," says Deitch, who follows prison issues at the LBJ School of Public Affairs at the University of Texas, Austin.

GEO and CoreCivic, formerly Corrections Corporation of America, declined to comment on whether a Trump presidency would be good for stockholders. In emails, the two companies' spokesmen emphasized their success as private partners for a government that doesn't like to build new prisons anymore. GEO said it "provide[s] safe, secure and humane facilities" for federal detainees.

But it's been a rocky relationship at times. For-profit detention at all levels — federal, state, and local — has been the target of harsh criticism and frequent lawsuits.

Last year, a private youth prison in Walnut Grove, Miss., was closed after a federal judge called it "a picture of ... horror." And last month, a lawsuit filed by the Texas county of Willacy decried the "abysmal mismanagement" of an immigrant detention center in the town of Raymondville. The U.S. Bureau of Prisons severed its contract with that private facility after inmates rioted over living conditions in 2015.

Deitch says what is certain under Trump is more opposition to private prisons, especially the policy of confining asylum seekers.

"And locking them up is really serving no public safety purpose," she says. "So yes, I would expect that lawsuits will continue and challenges will continue to this practice of immigrant detention."

The nation's customs commissioner, Gil Kerlikowske, recently had some startling news from the Southwest border. Kerlikowske said that apprehensions of illegal crossers — mainly Central Americans seeking refuge from violence, and job opportunities — can reach 2,000 people a day. Most of them don't flee; they surrender to agents.

If Trump embraces the prison business as a lot of people think he will, there will be no shortage of detainees.