Accessibility links
San Francisco's 'Leaning Tower' Has Residents Fuming A luxury high-rise in San Francisco is sinking. The Millennium Tower has sunk more than a foot since its completion in 2010. It's also tilting, which makes life difficult for residents on high floors. 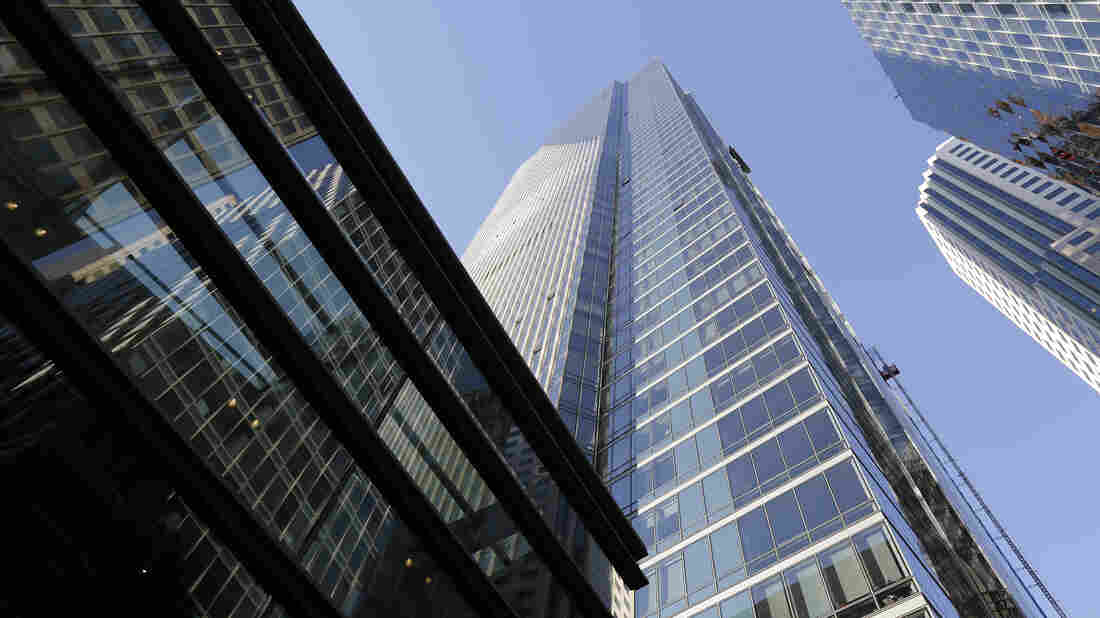 The Millennium Tower has gained notoriety as "The Leaning Tower of San Francisco." Residents of the luxury condominium building and the city are suing the developer. Eric Risberg/AP hide caption 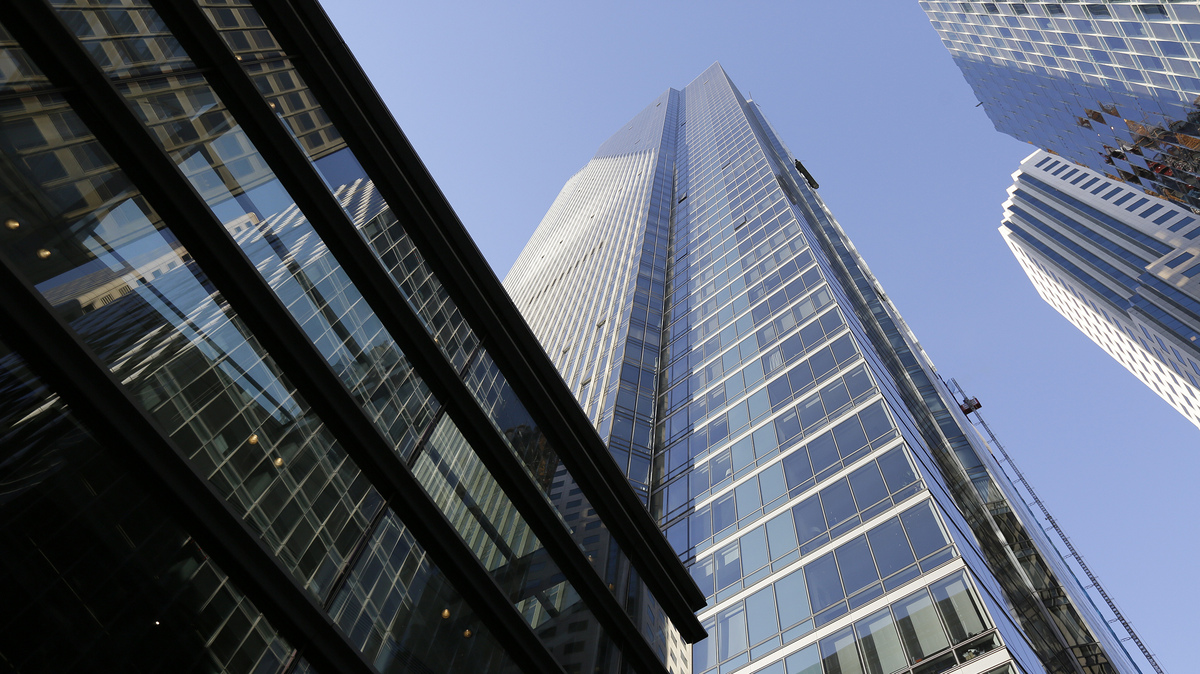 The Millennium Tower has gained notoriety as "The Leaning Tower of San Francisco." Residents of the luxury condominium building and the city are suing the developer.

They call it "The Leaning Tower of San Francisco."

But it wasn't always that way. The luxury skyscraper was billed as "state of the art" when it opened a few years ago. People paid millions for condos there.

Now the Millennium Tower is sinking and tilting — about 6 inches to one side. Residents and the city are suing the developer.

Pamela Buttery lives on the 57th floor. To demonstrate how her home tilts slightly to the left, Buttery hits a golf ball straight ahead toward the window.

"So there it goes rolling," she says. "And it kind of picks up speed."

The ball takes a sharp left turn toward the direction of the tilt, and it ends up in the northwest corner of her living room.

Pamela Buttery hits a golf ball in her home to demonstrate how the Millennium Tower tilts slightly to the left.

Buttery bought this unit as the tower was being completed in 2010. But documents obtained by the city show that as early as 2009, developers and city building inspectors knew the tower was settling faster than expected.

Buttery and other residents were not told until May 2016, and by then, the building had sunk more than a foot and was leaning 6 inches to the northwest.

"San Francisco has been in the midst of an unparalleled building boom, the largest building boom we've had since World War II, arguably since the Gold Rush," says San Francisco Supervisor Aaron Peskin. "And we need to make sure that we are building buildings that are safe, that people's investments are safe."

Peskin is leading what is likely to be a long series of investigative hearings on the troubled tower. Some key questions: Should the city require high-rise developers to drill their foundations into bedrock? Also, why is the building's frame made of concrete instead of steel?

The Millennium Tower's foundation is anchored into a landfill. Concrete is cheaper, but it's also much heavier.

And what about the massive new train and bus terminal being constructed right next door? Millennium spokesman P.J. Johnston says workers have been pumping out huge amounts of water as they tunnel through the soil. Johnston says that process, known as dewatering, is destabilizing the ground.

"We need to stop the dewatering, work together on any remediation that needs to be done to fix any damages," Johnston says. "And then we'll sort out all the liabilities later."

Johnston says engineers have inspected the tower and confirm it's safe. Still, that leaves perhaps the biggest question of them all: How to fix the tower, or at least keep it from leaning even more?

Some solutions include pouring a concrete collar around the foundation or building a buttress.

Buttery, who is 76, says so much for her peaceful retirement.

"I've moved on into depression about it," she says. "So it's a gloomy feeling."

Even her favorite pastime — putting golf balls — doesn't give her the same joy it once did. No matter which way she hits them, they all end up in the same corner.