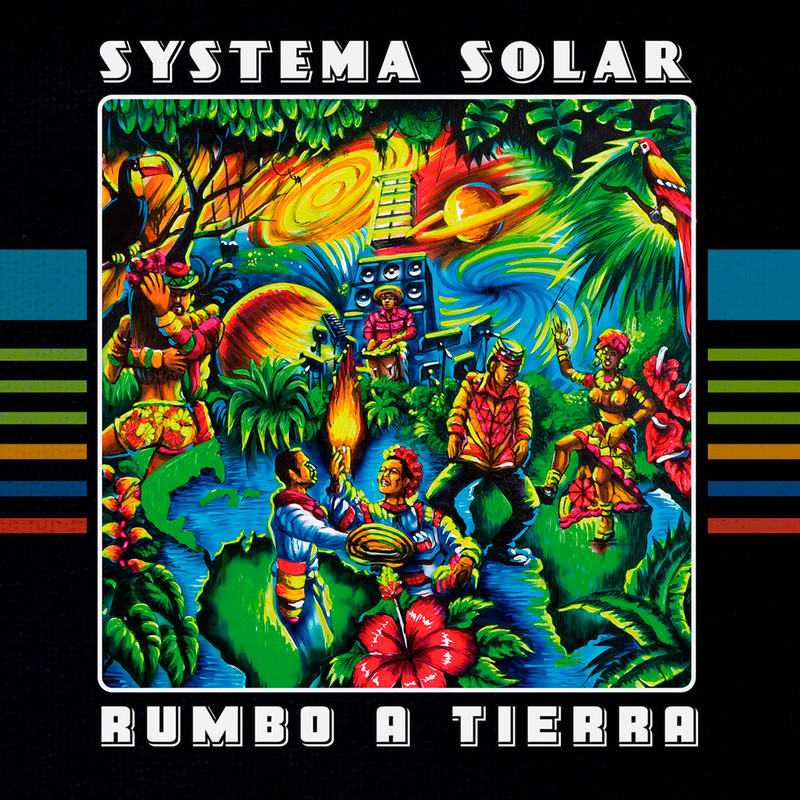 From the land between Colombia's Caribbean coast and the Sierra Nevada Mountains, Systema Solar is a collective with a strong visual sensibility and a heavy new Afro-Caribbean sound. Mixing sounds like champeta, bullerengue, hip-hop and electronic beats, Systema Solar is set to kick 2017 off right.

Rumbo A Tierra sounds like an all-night pico party. Pico culture is based on the large, neon-designed sound systems used in Barranquilla parties, where producers mix music from zouk to vallenato. Embodying Colombia's proximity to both rural deserts and Caribbean culture, Rumbo A Tierra fuses styles and pushes the boundaries of Systema Solar's own sound.

"Rumbera" honors Systema Solar's Afro-Caribbean electronic roots. An ode to women who love to party and dance, the song mixes champeta's emblematic scratches with a cumbia cowbell. The song's video celebrates women and is part of #DaleLaVueltaMama, an initiative to break female stereotypes. Starring transgender women, activists and residents of El Pozon (an impoverished neighborhood in Cartagena), the video and song were inspired by women who live on the margins but continue to celebrate their own lives.

Rumbo A Tierra translates to "Toward The Earth," and the album constantly asks environmentally aware questions amid an EDM-cumbia crossover. Challenging both traditional music and current politics, it takes listeners on a colorful and politically urgent journey. From "Agauzero" (which comments on La Guajira's droughts) to "Somos La Tierra" (which critiques the mining projects in Cajarmarca), Rumbo A Tierra is a protest album that never lets its innovation stand in the way of its forcefulness.