Accessibility links
Review: Natalie Hemby, 'Puxico' The country songwriter's debut album is a labor of love — and a deeply insightful compendium of the stories we tell ourselves in order to preserve it. 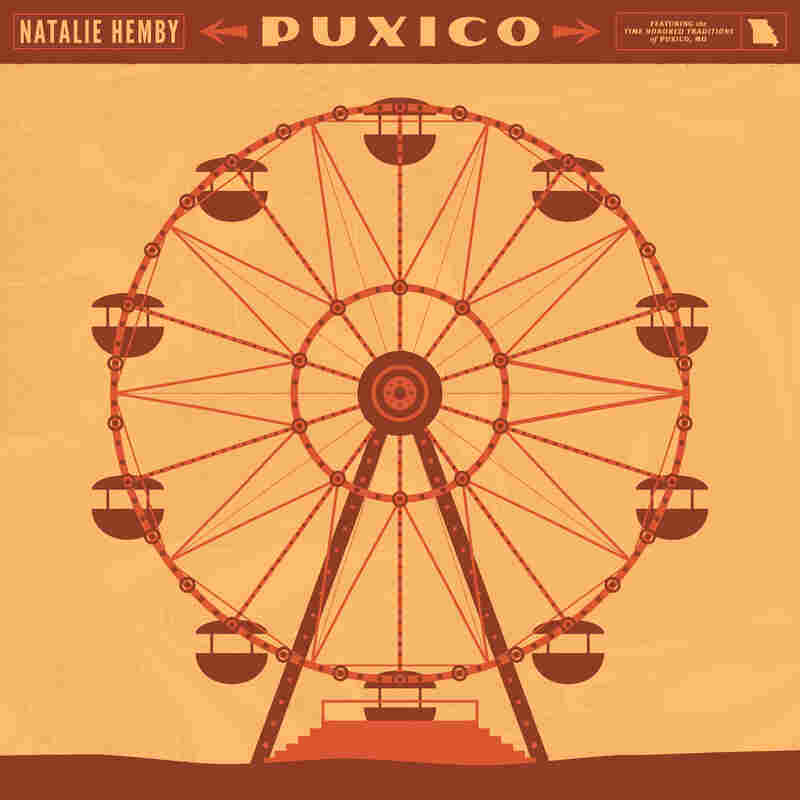 Natalie Hemby's debut album starts out very country, risking corniness from the get-go. Southern gospel harmonies float over a cowboy-ballad beat as Hemby, one of Nashville's premier songwriters, sings of time-honored traditions — picket fences, alma maters, "the roots of my inheritance." She's waxing poetic about Puxico, Missouri, population 881, where the Nashville native spent summers fishing with her grandpa and attending its annual Homecoming festival. In 2011, Hemby began work on a documentary about Puxico that lovingly captures the town's deep communal roots within an American moment when the rural is both overlooked and stigmatized.

Celebrating small towns is a country staple. But Puxico the album, like the documentary in which its songs first appeared, doesn't settle into clichés. Instead, Hemby and her producer (and husband) Mike Wrucke explore both the fact-finding missions of memory and its tendency to slip into fiction: its comforting haziness coming into focus when we need it as a balm for longing or a way of coping with the new.

The songs on Puxico both enact and examine memory. Some place the listener in the middle of a flashback: "Lovers On Display" captures the thrill of young love declaring itself; "Worn" considers the material things that represent long-held love; "Ferris Wheel" savors an annual ritual that becomes a metaphor for embracing change. In the subtly dynamic "I'll Remember How You Loved Me," Hemby muses upon the specifics that slip from her mental grasp and the affinities that remain deep in her neural net. "The feeling hangs around in the wall of your mind, like a secret that I keep in a box under the bed," she observes. Our recollections are shadow forces that we treasure and sometimes hide.

As important as Hemby's insightful, evocative lyrics — the songs were co-written with several of her Nashville writing-room friends, notably Trent Dabbs — is the sound of Puxico, which defies country classification in ways similar to the artists for whom Hemby often writes hits, like Miranda Lambert and Little Big Town. Wrucke, who's produced albums for Nashville auteurs including Lambert and David Nail, places Hemby's delicate voice — the calm intonation of a trusted friend — within airy arrangements whose sonic reference points are both subtle and varied. Greg Leisz, a national treasure on pedal steel, threads his instrument through these tracks like the voice of Hemby's subconscious. Alison Krauss is an obvious touchstone for Hemby and Wrucke, but they also stretch toward rock-rooted sources like Sheryl Crow or the U2 of No Line On The Horizon. Plenty of musical country keepsakes are displayed here, too, from the fingerpicking in "Cairo, IL" to the nod in "Grand Restoration" to "Will The Circle Be Unbroken."

Hemby wants to celebrate those circles that make up most of our lives, away from our family legacies and back toward them. Puxico is a labor of love that's also a deeply insightful compendium of the stories we tell ourselves in order to preserve it.