Accessibility links
As A Syrian Refugee In Toledo Pines For His Family, A Brotherhood Forms Mohammed Refaai, 23, is a Syrian refugee living in Toledo, Ohio, with three roommates. They see him as a brother, and since the election, worry about his family's chances of getting into the U.S. 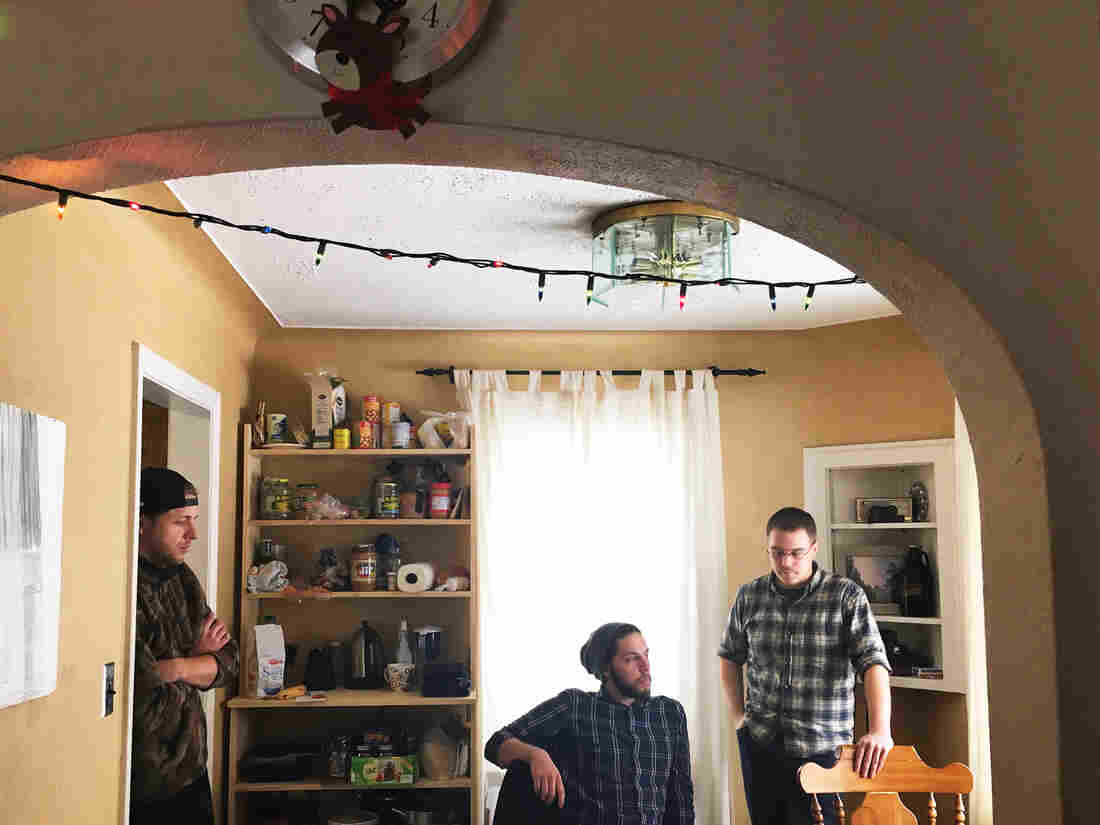 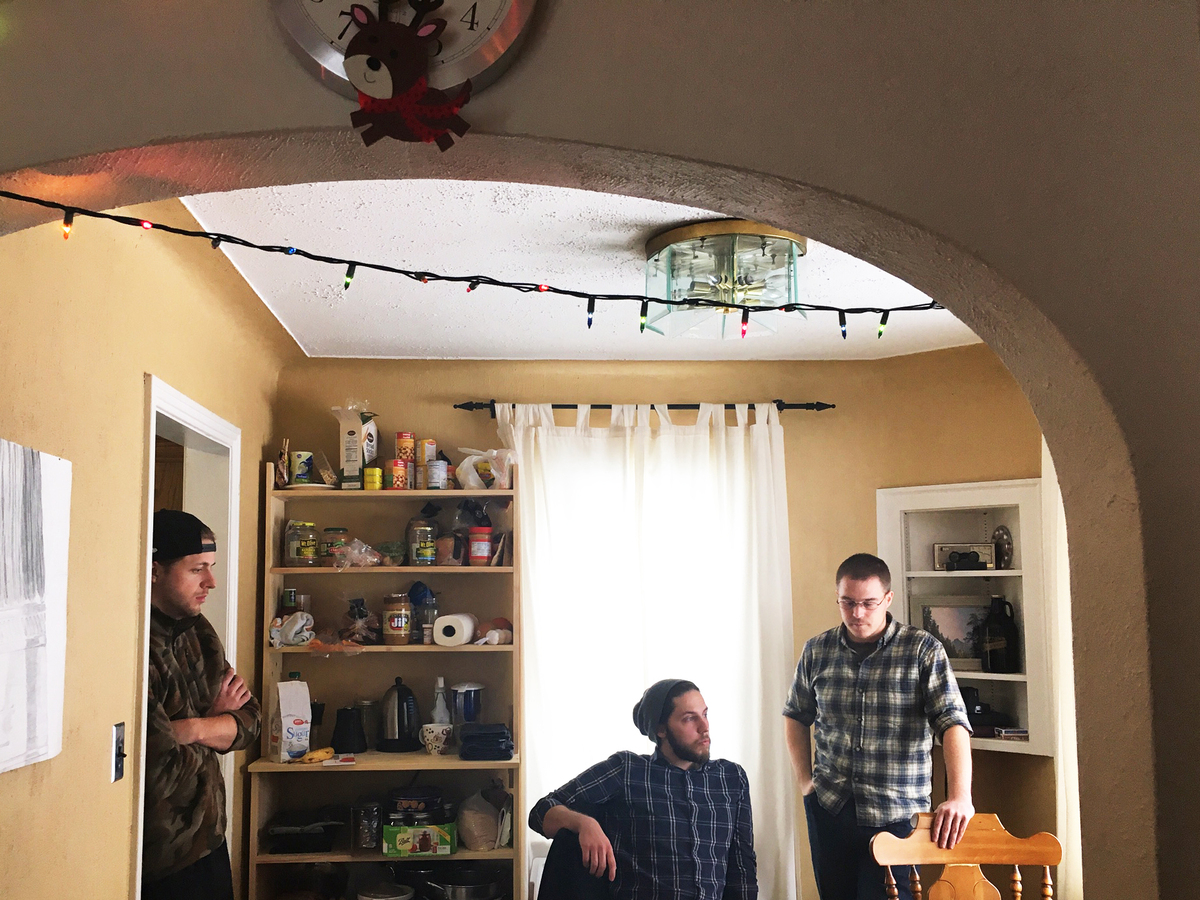 Last year, NPR's Ari Shapiro visited Toledo, Ohio, to talk to refugees settling there from Syria's civil war. Recently, he returned to Toledo to check in on the community.

Mohammed Al Refaai is a 23-year-old butcher who fled Syria. He lives in Toledo, Ohio, with three other guys, who are also in their 20s, who decided they wouldn't mind having a refugee for a roommate.

In the year and a half since he moved in, he has learned English from the Americans including the lyrics to some Top 40 hits. In return, he taught them some of his favorite Arabic pop tunes.

They generally avoid talking about more difficult things. But his roommates — Doug Walton, Andrew Trumbull and Johnny Zellers — made an exception during our recent visit to Toledo. While Refaai was at work, they talked about politics and whether he will ever be reunited with his family. "Moh," as they call him, won't really talk about these things, Walton says.

"This is by far the most depth we've ever gone into it, and if Moh was here, we probably wouldn't, because he doesn't like the topic," Walton says.

Refaai's story is atypical. He was the only one of his family allowed into the United States as a refugee. His siblings and parents are still in Jordan, waiting for approvals. They've been there since the family fled Syria in 2011. Refaai is now trying to get a Green Card so if they can't come to the U.S., he can at least go visit them.

The guys in this house lean conservative. They all take their Christian faith seriously. None of them voted for Trump; it was a mix of Clinton and third-party votes. They didn't even know who voted for whom until we all started talking about it.

"It is weird to have a vote in a situation that felt like we were voting for people who were helpless. Usually we vote on jobs or whatever, and so for me, I'm like, that's not a big deal. I find a job. I'll make things work, whoever gets elected — they're not going to change things that drastically," Trumbull says.

The guys don't own a TV, so on election night, they all went into Walton's room and huddled around their phones with Refaai to watch the results come in.

"So we were all kind of together just like kind of hugging him and just kind of watching it all go down," Walton says.

"He definitely kind of got sad a little bit just thinking of like, OK, maybe his family may not be able to like ever come here," Zellers says. "That's like the biggest hope that he's had like this past year. ... Now Trump elected it's like, oh, those chances go down like a lot."

Refaii is a butcher at a new Middle Eastern supermarket and restaurant in Toledo. 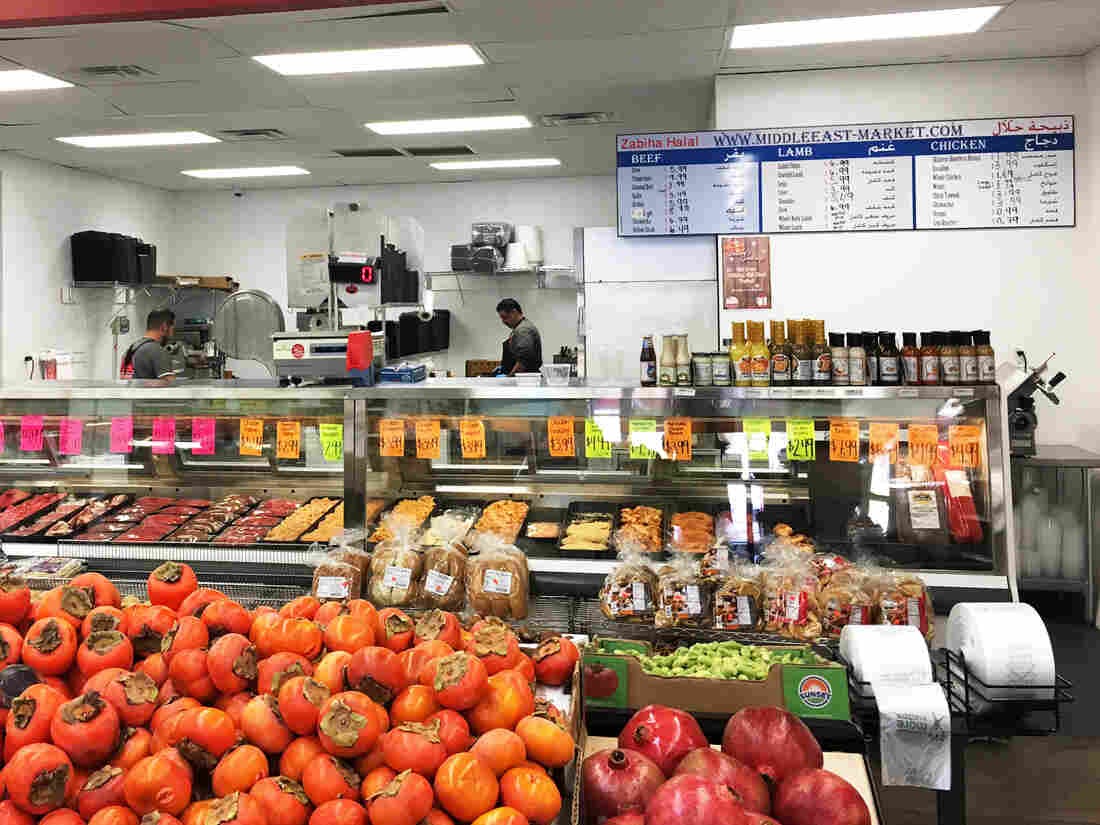 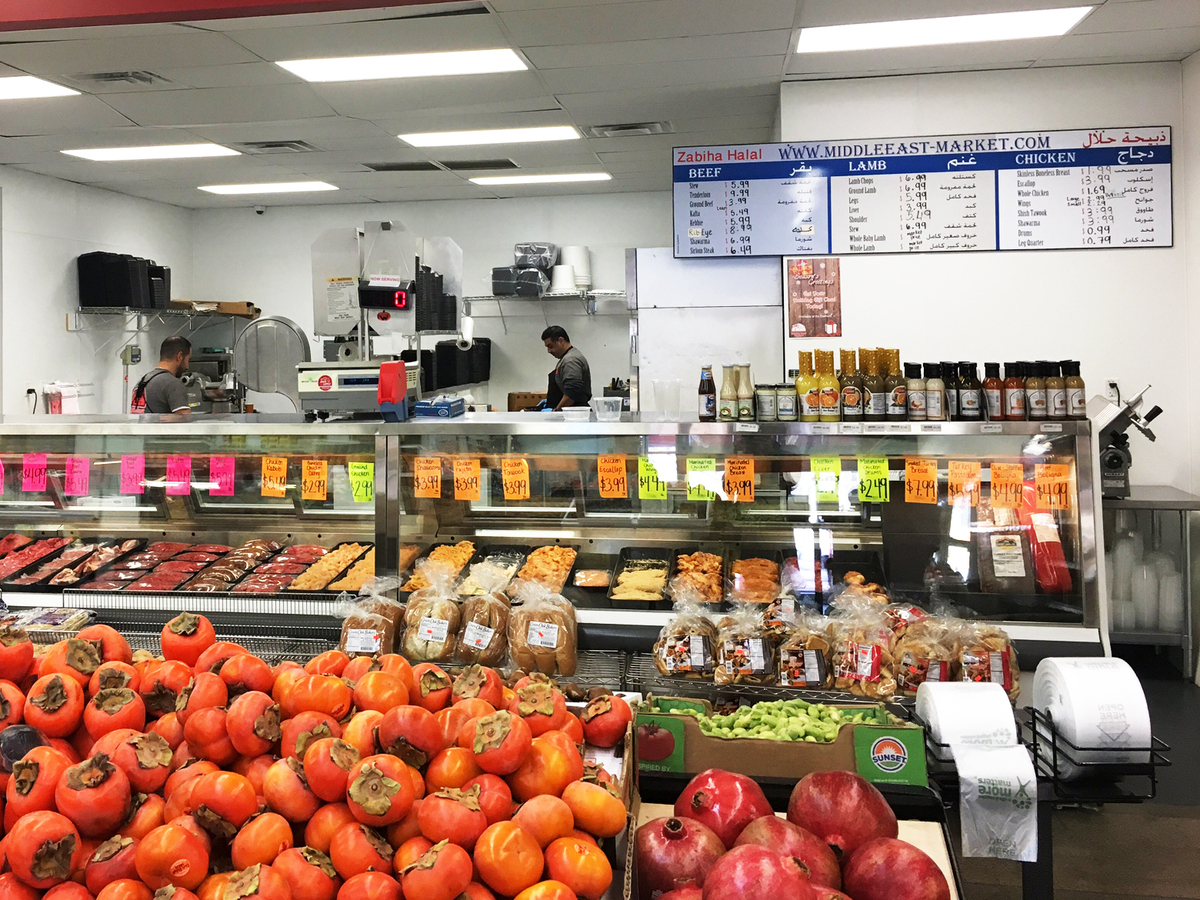 Mohammed Refaai, a butcher, works at a halal meat market in Toledo, Ohio.

When we met him a little over a year ago, he barely spoke any English. He had learned the terms that a butcher uses every day — chicken legs, chicken breast, steak, lamb — and that was about it. Today he looks confident. He doesn't use an interpreter when he talks to us.

He video chats with his family in Jordan about once a week. He shows them the snow on the ground in Ohio, and they tell him how proud they are that he's learning English and working.

We asked the State Department about Refaai's situation. Just like a year ago, they told us they don't comment on specific cases. But veterans of refugee work say his situation is not normal.

"This situation you've described is very unusual," says Eric Schwartz, who ran the State Department's refugee resettlement program earlier in the Obama administration. He's now a dean at the University of Minnesota's Humphrey School of Public Affairs. He says once you're over 21 like Refaai, your case is considered on its own. But even then, grown children are rarely separated from their parents and siblings.

After Trump's Election, Uncertainty For Syrian Refugees In The U.S.

"And it would be very unusual for them not to be departing and coming to the United States together," he says.

It might have just been an oversight. Schwartz says an immigration lawyer might be able to sort out what happened — but Refaai and his family don't have one. [Editor's note on Jan. 9: After this story was broadcast and published, Schwartz contacted NPR to note that hiring a lawyer is not required and that non-profit refugee advocacy organizations often make case inquiries with the Department of State at no cost to the refugees themselves.]

"This is a program that involves so many tens of thousands of individuals that sometimes mistakes or problems do arise, and the way they get fixed is somebody asks about them and somebody presses them," he says.

Refaai fears that his window is closing as the days tick down to Trump's inauguration. The office that issues Green Cards has told him to stop calling, and that has changed the way the other guys in this house think about their future.

"Before it's just like 'Oh, Moh is here, his family will come and then I'm like, well, I'll move on with our lives — we'll all move away or get different jobs or, I don't know, and then Moh will have his family. But now it's like his family may never come," Zellers says.