Accessibility links
DJ Khaled Throws Us The Keys The musician and Snapchat advice guru says his communication style is meant to resonate with young audiences. "Sometimes we've got to get somebody to translate in a different way," he says. 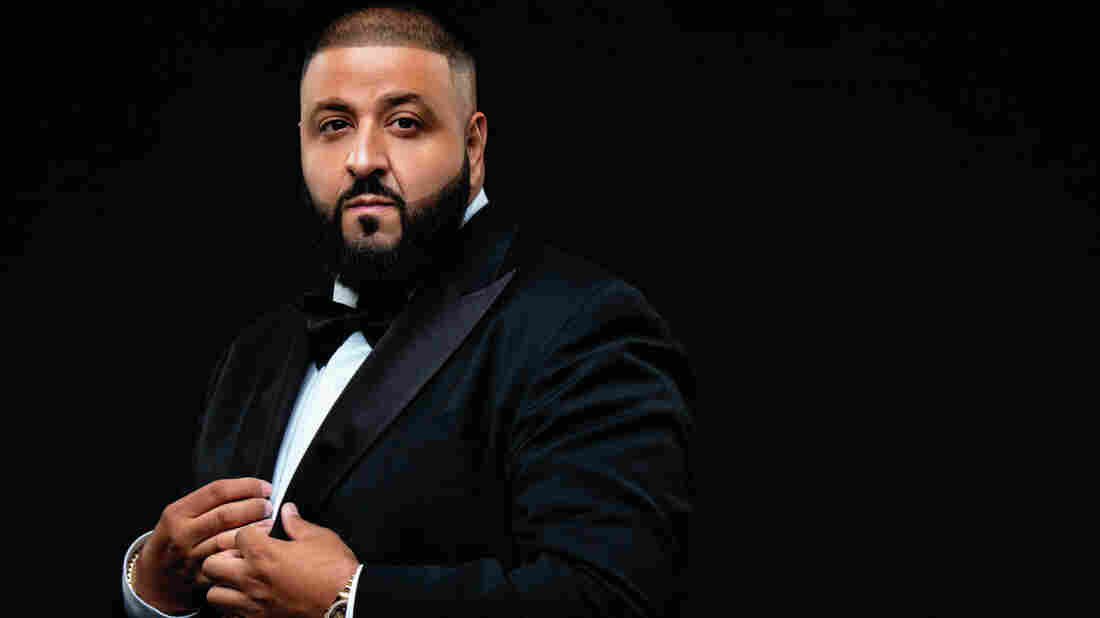 "This book is definitely to uplift the young world, because we just have different ways of saying it," DJ Khaled says. "Sometimes we've got to get somebody to translate in a different way." DeWayne J. Rogers/Courtesy of the artist hide caption 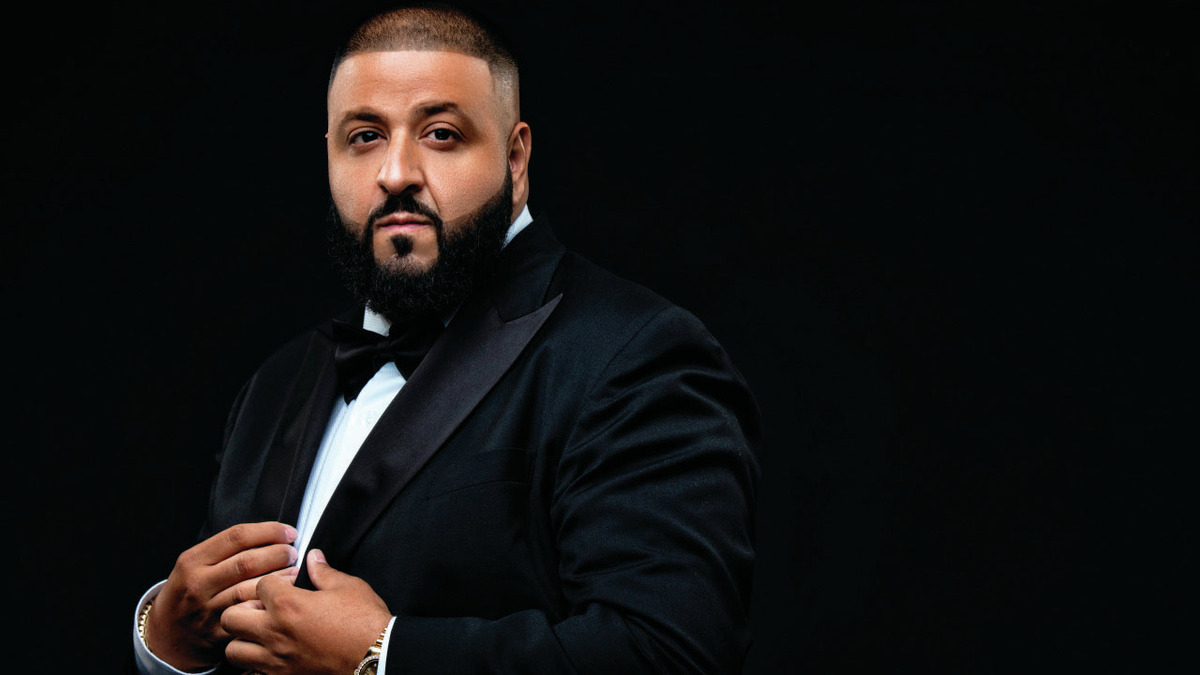 "This book is definitely to uplift the young world, because we just have different ways of saying it," DJ Khaled says. "Sometimes we've got to get somebody to translate in a different way."

DeWayne J. Rogers/Courtesy of the artist

An extended version of this conversation is now available as a podcast. Stream or download it from Pop Culture Happy Hour.

DJ Khaled is one of this decade's biggest names in rap and pop. The son of Palestinian immigrants, he's become a larger-than-life presence in the music world as a DJ, producer and record executive. He's already released nine albums of his own, and his latest, Major Key, debuted at No. 1 on the Billboard 200 and is nominated for a Grammy.

In December 2015, DJ Khaled gained yet another title: social media megastar. He was at home in Miami, hanging out with his fiancé, and then he took a ride on his Jet Ski to visit the rapper Rick Ross. On his way back home that evening, he got lost — and decided to pull out his phone.

"It got dark quick, so I started Snapchatting because I had the flash, but I was Snapchatting also to keep my sense of humor and my spirits up," he says. "I didn't panic, but was I worried? Absolutely."

Since then, Khaled has continued to dispense wisdom to his millions of followers on Snapchat. He calls these tidbits "keys": They're life lessons that pop into his head, and his new book, The Keys, is full of them. 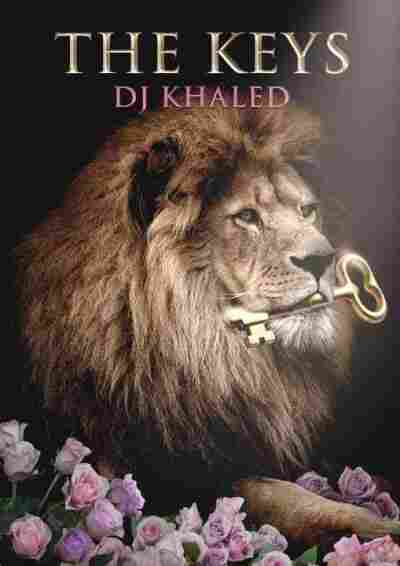 DJ Khaled joined NPR's David Greene to talk about his career — and, of course, share some keys. Hear their conversation at the audio link, and read an edited transcript below.

David Greene: For people who don't know, can you just explain what "the keys" are — why you use that term?

DJ Khaled: Well, The Keys is the keys to success, keys to life, you know what I'm saying, keys of winning, keys of joy, keys of happiness. The keys never run out — each key leads to the next key. And then every time, if you text me, I'ma hit you back with a key.

What if I texted you right now like, "Hey, what's up. How's New York?" What key are you going to throw back at me?

That's very straightforward and honest. You got that quick.

And that's how the book is. When I was coming up in the game and growing up, they hid the keys from me.

Now, "they" is a very important word in your book that comes up a lot. Who are "they?"

Well, they are the people that don't want me to do this interview with you.

Well, I don't like them either then! We've gotta find them.

They come in so many different forms, but they are the people that we need to stay away from, you know what I'm saying? Honestly, I had somebody actually come up to me and say, "Khaled, you will be nothing. You're just a DJ, you're going to be local forever, you're not gonna be able to succeed." But I stayed focused. I didn't listen to "they."

It sounds like the kind of advice that could really help kids as they're coming up.

Absolutely. And, you know, this book is definitely to uplift the young world, because, you know, we just have different ways of saying it. I was just doing an interview earlier, and I was like, you know, our moms and dads always taught us to do great things, you know what I'm saying? We blessed to have family, but you know, sometimes we've got to get somebody to translate in a different way.

You have figured out a way to speak the language that some young people speak and also really inspire them.

Can I tell you my favorite of your keys?

"Have a lot of pillows." I love that. Our staff on Morning Edition is obsessed with sleep, because none of us get enough of it: We have to wake up at ungodly hours of the morning. We need pillows. Do you mean that literally?

I mean that so literally. I'm talking about, you have to rest your greatness, you know? I have a lot pillows in my bed, my tour bus — every time I turn, there's a pillow. You know, if I turn to the left, the right. If I turn my whole body. If my leg moves. It's just pillows everywhere.

Could you read a little from that part of your book, page 126? I'd love people to get a feel for your writing.

Yes. On 126: "Pillows are important. When you're supposed to sleep, you've gotta sleep like a king or a queen. Every time you turn, there should be something comfortable to greet you, and that softness reminds you of parts of your body. It's time to relax."

I mean, most people would just say, "Dude, get some good pillows and go to bed." But there's a poetry to how you do this.

This is that holy grail. This is for real, you know. And I'm sure you experienced it, you just didn't realize how important the depth of it is.

How do you come up with these?

I'm just being me, man. You know, I don't come up with it — I don't sit there and think, "Hey, I'ma come up with something." That just comes out of me. Like, when you ask me a question, I have the answer — at least, the answer that I want to give you.

Today, I was with somebody on my way over here, and he was asking me a question like, "You think you need help when you do interviews, because your career's going on a higher level?" You know, I'm about to go speak at Harvard.

Yes, I'm gonna speak at Harvard. And I'm having a speaking engagement with Arianna Huffington. My career is going to a higher level, and I'm embracing it and I'm very grateful. And that person's like, you know, "We need to help you." I said, "Bro, you're wasting your energy. I'm born with this." I'm not saying I don't want to learn something I might not know, but I told the man, and I told you in this book, too, that knowing is better than learning.

I know it sounds kind of weird, because you have to learn to know. But some things that you just know — like, for instance, if you know the stove is hot and it's hot, why touch it? You know it's hot. Don't touch it. There are certain things that I know that I like. You can't teach me something that I know.

I literally am thinking back to a moment a few days ago when I touched the stove to see if it was too hot. Which was really stupid!

And that's what you call playing yourself.

Yeah. Well, I am going to go buy some extra pillows.

Yeah, it's important. That's a key.

Thanks a lot for talking with us, I appreciate it.

All right, man. Bless up.