Accessibility links
With One Photo Op, Teen Revives Dabbing — Or Sounds Its Death Knell When a congressman's son performed a dance move called the dab after his father's swearing-in ceremony, he made headlines. Or was he sneezing? Either way, the 17-year-old got grounded. 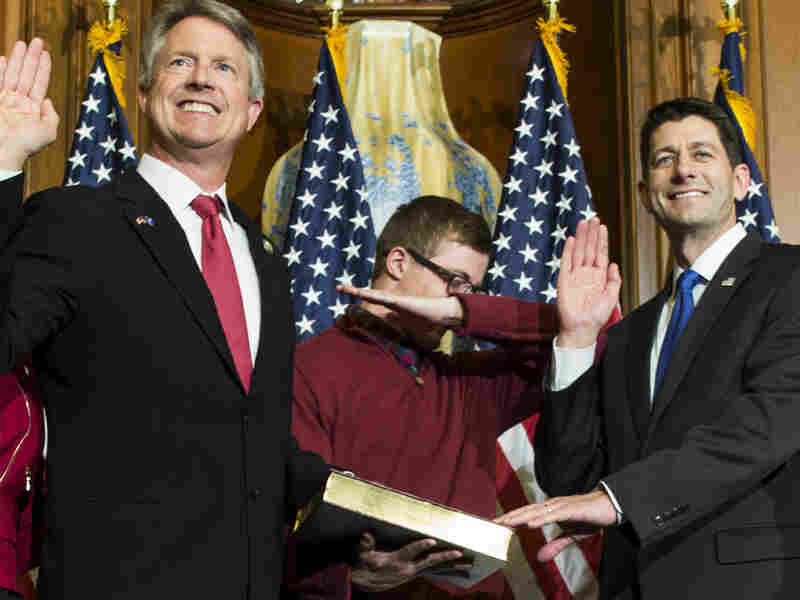 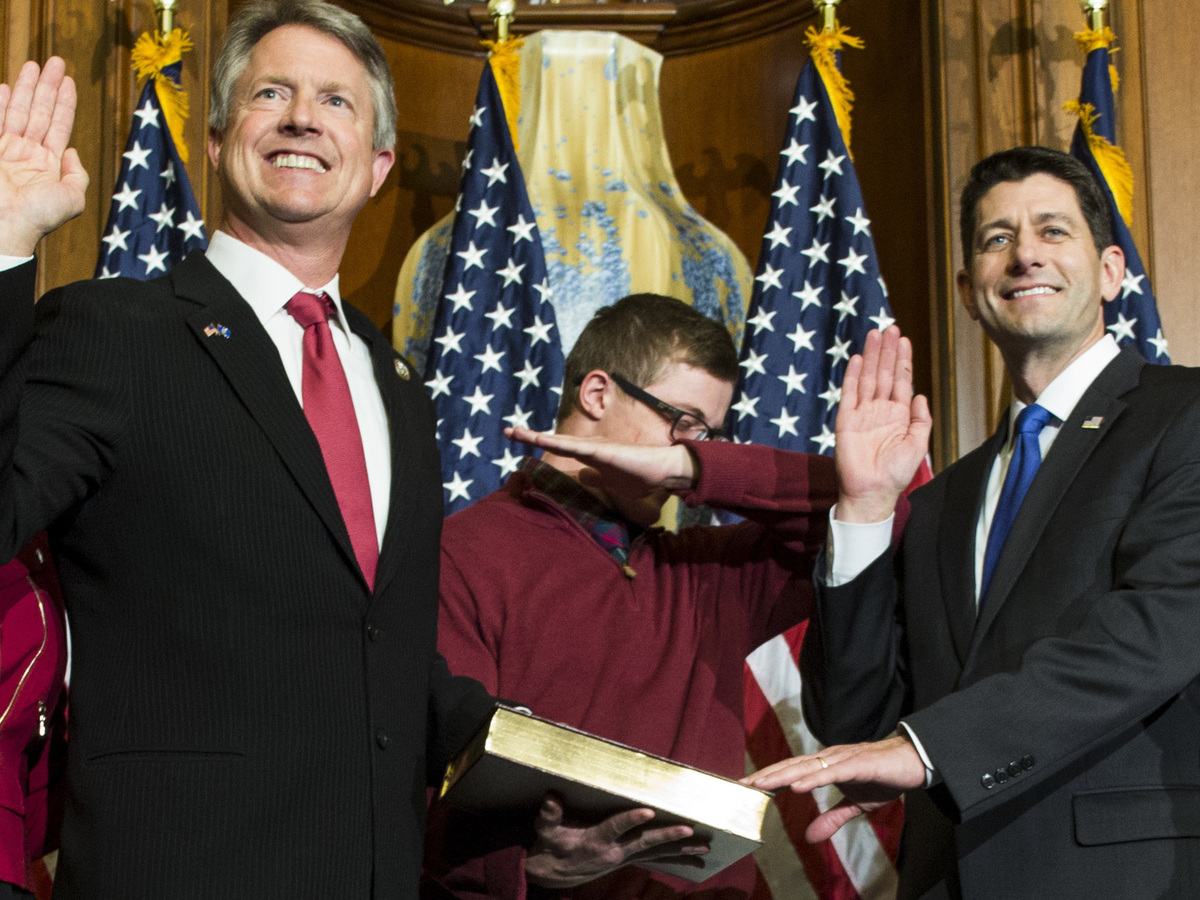 The 17-year-old son of a new congressman became a kind of celebrity this week by being just a little naughty. Or maybe trying to appear a little naughtier than he may actually be.

We won't repeat his name, although it's easy to discover. I think a 17-year-old has the right to make a mistake that won't follow him for the rest of his life, including six years from now, when he applies for a job; or in 12 years, when he wants to get married; or in 20 when his children see a picture and ask, "Dad — is that you? What were you doing?"

The young man in question is the son of a man who was sworn into the U.S. Congress. He was posing for a photo between his father and Speaker Paul Ryan when he dabbed.

The 17-year-old, not the speaker of the House.

Dabbing — and this had to be explained to me — is when you put your head in the crook of one arm and extend your other arm to the side.

The dance move seems to have originated in Atlanta, and Migos, an Atlanta rap group, featured it prominently in a music video with a name we can't repeat.

The dab got popularized by Cam Newton of the Carolina Panthers, who briefly used it for end zone celebrations, but no more, because it's over. It was over once Tom Hanks, Betty White, and yes, Hillary Clinton were seen dabbing.

But because it's over, dabbing — or maybe now it's retro-dabbing — may just be getting a second gust of popularity among teens, like the son of the congressman being sworn in who held the Bible for his father in one hand, and dabbed with his one free arm.

"You sneezing?" Speaker Paul Ryan asked the young man with his head in the crook of his elbow. His father told the speaker, "He's sneezing." It's hard to know, outside the confines of the family, if the congressman didn't know a dab when he saw one, or just didn't want to embarrass his son or the speaker.

The young man eventually took his nose out of his elbow and another photo was taken, which might have a better chance of winding up on the congressman's office wall.

The New York Times reports that the dabbing teen has been grounded.

I will not second-guess a parent's decision. But imagine that you're 17, and your father is being sworn into Congress. You know it's a big deal, but you're 17, and want people to think you're cool and unimpressed by big deals, so you look for a way to signal your friends and people you want to impress that you're not really impressed, so you dab.

Then again, maybe the kid just had to sneeze.