Accessibility links
How Smokey Hormel Became The Quintessential Session Musician The guitarist has played on records by Tom Waits, Norah Jones and Beck, but at one point, he was sure he wanted to pursue a career in acting. 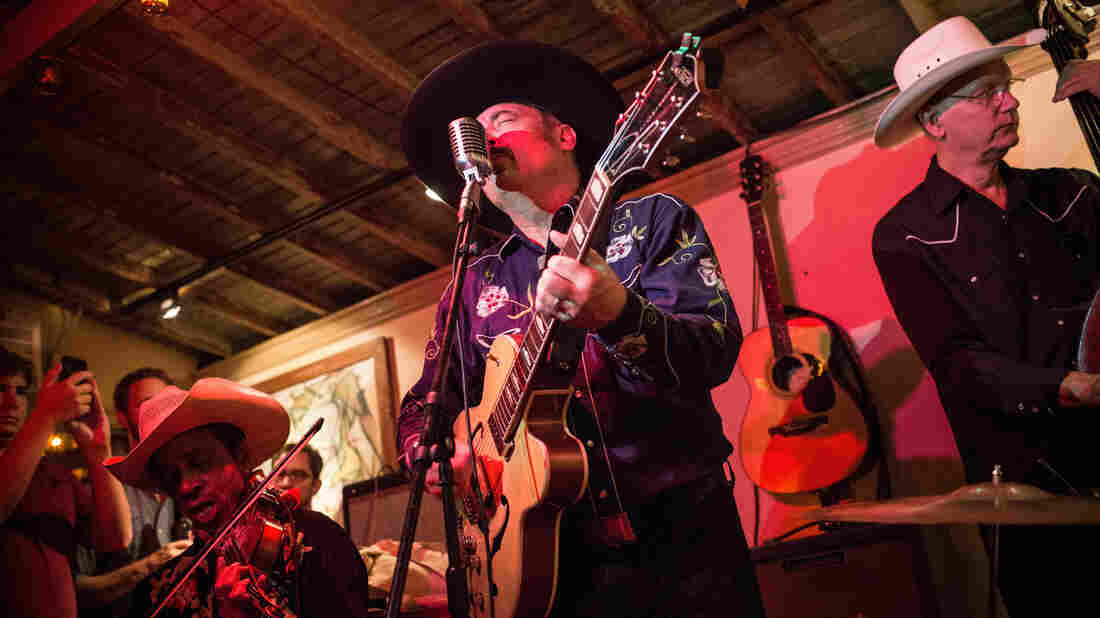 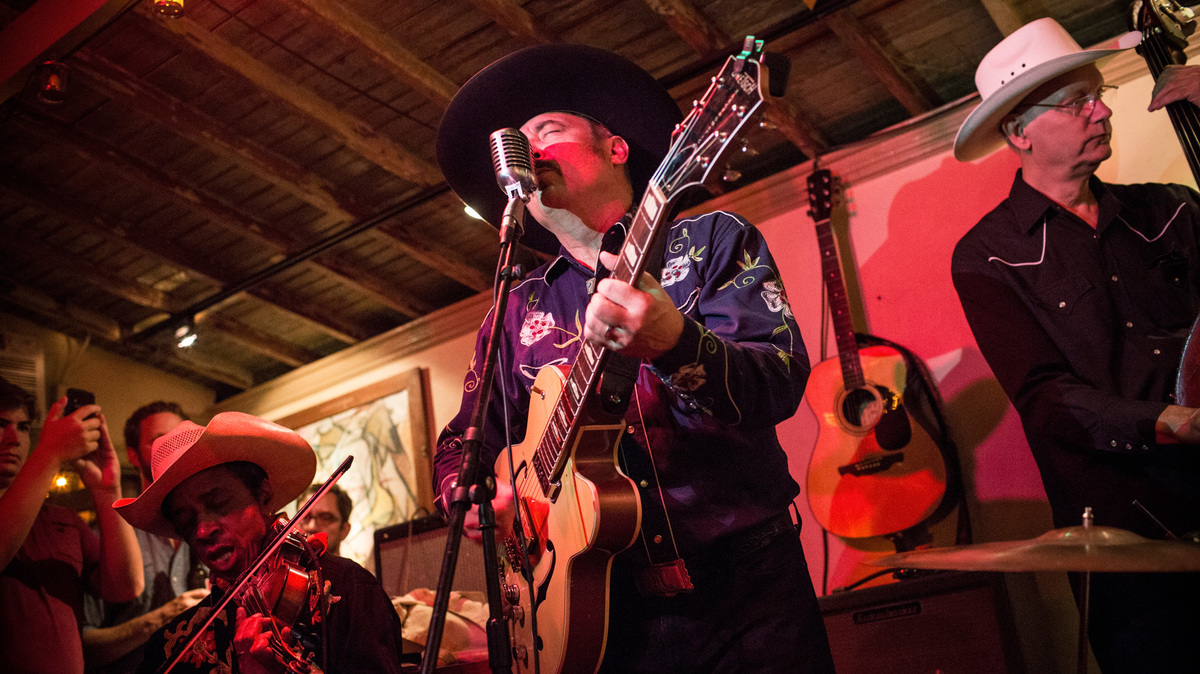 Smokey Hormel plays at Sunny's Bar in Brooklyn in August 2013.

Smokey Hormel's great-grandfather George Hormel started the famous meat company bearing the family name. His grandfather invented Spam. But Hormel — and yes, Smokey is his real given name — says he was never much interested in the family business.

"I was 4 or 5 when 'I Want To Hold Your Hand' was a big hit on the radio, and from that point on, pop culture was very guitar-centric," he says. "So of course I wanted to be a hippie and play guitar."

A few years later, Hormel was at a party, trying to work out the song "Light My Fire" by The Doors. He said a man came up to him, asked him if he wanted to learn the blues and showed him a simple chord progression. As it turned out, the man was Peter Fonda, star of the film Easy Rider. The progression he taught Hormel was from the Steppenwolf song "The Pusher," made popular by that very film.

Hormel says that song "is actually a really great way to start learning the blues, 'cause it's a simple pattern." Laughing, he adds that the lyrics, which describe a character who is pretty deep into drugs, make it "a very inappropriate song to teach a 9-year-old."

Much like the character in "The Pusher," the young Hormel ended up becoming deeply entrenched in Southern California's drug culture. Eventually, he decided he needed to make a change. "In order to survive that, I pretty much removed myself from the whole world of music and drugs," he says.

Hormel ended up studying theater instead, but acting couldn't pay the bills. So, like many out-of-work thespians, he took a job as a dishwasher at a local diner. The owner, Paul Greenstein, was also a musician — one obsessed with Western swing music. He asked Hormel to join his band.

Greenstein was well-connected in the world of punk rock, and Hormel says bands like X, The Blasters and Circle Jerks often came to the diner where he worked. The Blasters eventually recruited Hormel, and he made enough money with the band that he decided to ditch his acting aspirations.

Hormel is quick to add that playing music fulfilled many of the same dreams he had in mind as an actor. "They're both storytelling, in a way," he says. "A rock concert can be just as dynamic as a play." Much like an actor, Hormel found himself working with different casts from project to project. His collaborators include Adele, Justin Timberlake, Tom Waits, Norah Jones and Beck.

Smokey Hormel joined Beck for a Saturday Night Live performance in 2014; that's him on the left, playing mandolin.

John Doe, a fellow guitarist and co-founder of X, says Hormel's magic as a musician lies in his restraint. "Smokey has a certain quality, which is what he doesn't play," Doe says.

In 2002, Hormel was called to play on what would turn out to be Johnny Cash's final album. One day, the legendary singer was too sick to make it to the studio, so Hormel was tasked with recording a vocal track as a guidepost. He channeled some of those acting lessons from years ago. "I tried to sing it as best I could, the way I thought he'd sing it," Hormel says. "Then [Cash] took the tape home, and the next day he came back and he just nailed it."

These days, Hormel lives in New York, where he still gets called up to play sessions. But lately, he's been more focused on a band of his own — Smokey's Roundup. It plays Western swing, much like the music he performed back in his days as a diner dishwasher.

Hormel says it's been a nice change of pace from the pressure of working with big-name celebrities. "We're not trying to get a record deal," he says. "We're just trying to keep people dancing and have fun playing these songs."