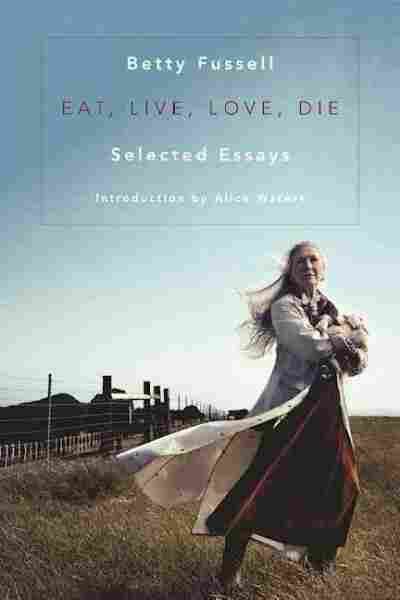 by Betty Fussell and Alice Waters

She's one nasty woman, that Betty Fussell. Now 89, Fussell came of age in the heyday of bright and breezy Bettys — Betty Grable, Betty Hutton, Betty Crocker — but she clearly gravitated toward the one dangerous dame of the bunch, Bette Davis.

An essayist and author of some 20 books on food and travel, as well as the acclaimed memoir, My Kitchen Wars, about her marriage to and divorce from the late cultural historian Paul Fussell, Betty Fussell doesn't mince words.

The title of this new collection of essays briskly sums up Fussell's tough-girl philosophy: it's called Eat, Live, Love, Die. To paraphrase a line made famous by that other Bette: "Fasten your seatbelts; it's going to be a bumpy read."

The essays gathered in Eat, Live, Love, Die span over 40 years and range from an interview with M.F.K. Fisher, to a travelogue of Fussell's triumphant 60th birthday climb up Machu Picchu, to an erotically inflected description of how Fussell murdered — with cleaver, bare hands, and salt — an eel in her New York apartment.

Fussell recalls: "The eel and I were already intimate, for I had carried him in my lap in a large plastic bag on the subway from Chinatown, and he had roiled against my belly as if I were pregnant with eels."

There's no room for squeamishness or, God forbid, "cuteness" in Fussell's worldview. Several autobiographical essays here chart Fussell's struggle to, as she puts it, "discard the bubble-wrap" and face up to the reality of things. 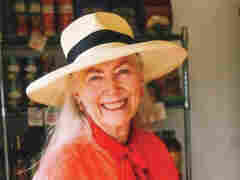 Even in a seemingly innocuous piece called "4-F Food," written in 1993 for her college alumni magazine, about the canned soups and "murky casseroles" served to undergrads during World War II, Fussell veers off the cafeteria line to give a less sentimental account of how things changed once the vets returned to campus.

Liquor, Fussell says, "bridged the gap" between the "cloistered innocence" of the co-eds and the "shell-shocked experience" of the vets. As she bluntly recalls, "To GIs who'd been given a hero's welcome with all the perks and no holds barred in Paris and Tokyo and Rome, date rape ... was an oxymoron."

Fussell, like so many women of her class and generation, married straight out of college, had two kids, and gave dinner parties; eventually, she ripped off her hostess apron, joined the Second Women's Movement, and became a professor and writer herself — just like her famous ex-husband who, she says, "was born with a Remington typewriter in his mouth" and regarded her own attempts to write as "silly."

There's a raw, previously unpublished essay here called "My Daughter, The Painter" in which Fussell confronts her adult daughter's take on her mother's life choices. It's a bone-chilling read for anyone with children.

But, lest this collection sound too intimidating in its frankness, let me quickly add that Fussell is also very funny and inspiring. Some of the best essays here are the most recent, written in Fussell's dotage.

Aging is a hot literary topic these days, but no one else I've read has captured the bizarre acceleration of time as we age quite the way Fussell does. Listen to these lines from her "Preface":

What happened? Never had a good sense of time, but jesus-christ!" Yesterday I'm wiping applesauce off my baby's cheeks and today I'm wondering when she'll retire. For years I didn't wear a watch because I wanted to stop time. Now time stops me dead. Tic-Toc. ...

And so we eat. Not just to survive, but to chitter-chatter, twitter-tweet. ... We bump our uglies together, whether feathered, furred, or finned. We feed our kids and teach them to fly, swing, swim. And then what? And what for? ...

Are we the only critters to ask? The only ones who scratch stones or mark caves or shape clay to tell someone, anyone, that Kilroy was here?

Move over T. S. Eliot; this is charged, spoken-word poetry on the eternal theme of "Hurry up please it's time." Fussell is said to be writing a second memoir, this one a "manual of survival in New York City." Hurry up, please, I can't wait.