Accessibility links
Low Pay In State Legislatures Means Some Can't Afford The Job State legislators in 30 states make $30,000 a year or less. New Mexico doesn't pay lawmakers at all, while those in New Hampshire make just $200 per two-year term. 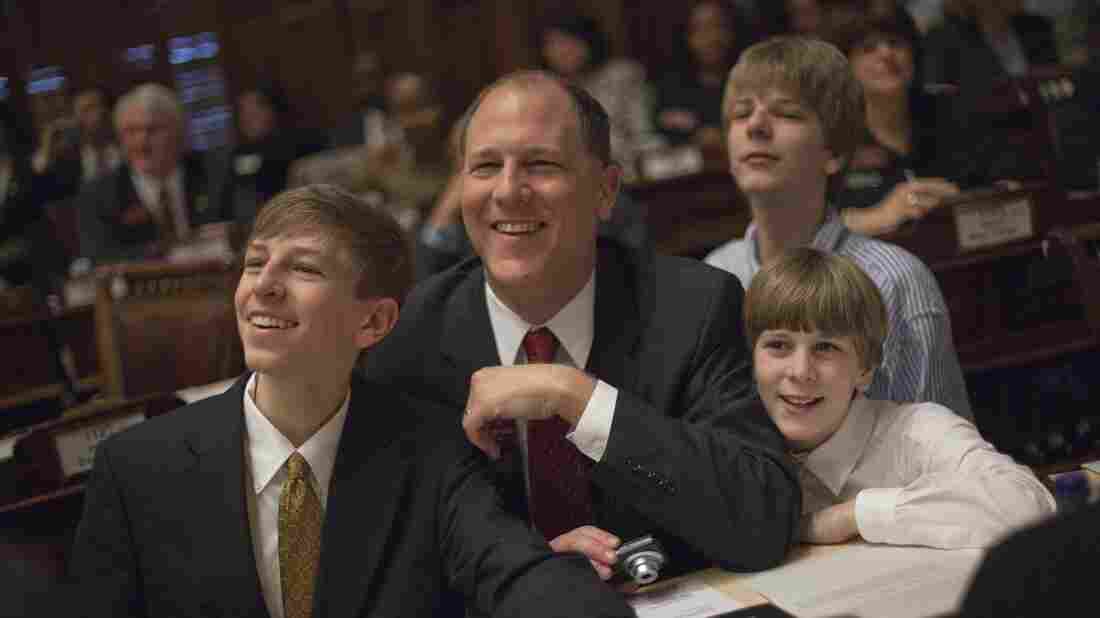 Former Georgia Rep. Mike Dudgeon casts the ceremonial first vote of the new session of the Georgia House of Representatives on Jan. 10, 2011, in Atlanta. Dudgeon retired from the Legislature in 2016 because of work-life balance issues. David Goldman/AP hide caption 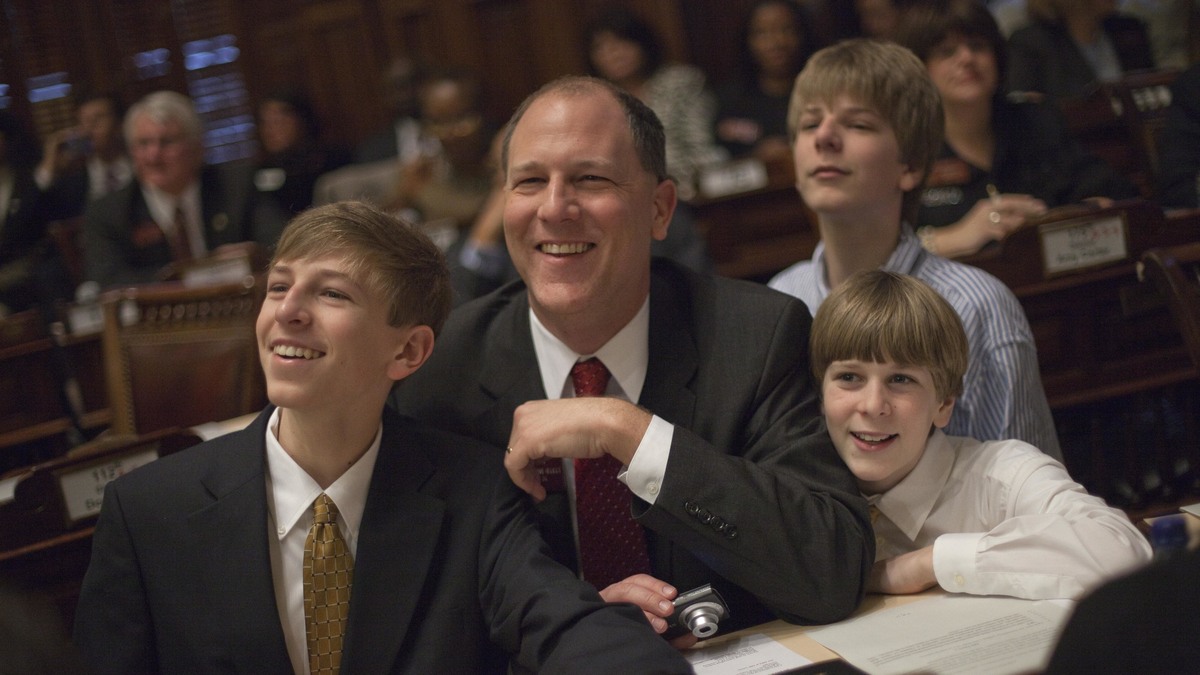 Former Georgia Rep. Mike Dudgeon casts the ceremonial first vote of the new session of the Georgia House of Representatives on Jan. 10, 2011, in Atlanta. Dudgeon retired from the Legislature in 2016 because of work-life balance issues.

In Georgia, lawmakers are set to pass a more than $20 billion budget this year and grapple with a failing hospital system.

But Georgia, like many other states, faces a serious human resource problem in its Legislature: Salaries are often low and many would-be politicians can't afford to be lawmakers.

Former Georgia state Rep. LaDawn Jones loved serving in the General Assembly even as she juggled raising two kids and running a law practice. But she left after one term because the job didn't pay enough.

"I absolutely believe that we need to increase the wage for legislators to keep up with the times," said Jones.

Lawmakers in Georgia make $17,342 a year, plus a per diem for lodging and meals when the Legislature is in session and reimbursement for mileage. Serving in the Georgia Legislature is considered a part-time job, but it took much more of Jones' time than that and she had to hire extra help for her law firm.

"If I really sat down and did the math I'm certain that the amount that I paid out was equal or more than what I received," she said.

Most state lawmakers don't make much

While a few big states have full-time legislatures with higher pay (California pays lawmakers $100,113 a year and Pennsylvania pays $85,339) but in most states, legislators are paid like it's a part-time job.

According to data compiled by the National Conference of State Legislatures, 30 states pay $30,000 a year or less to legislators. New Mexico doesn't pay lawmakers at all, while those in New Hampshire make just $200 per two-year term.

Median household income in the United States was $55,775 in 2015, according to the Census Bureau.

"Not paying legislators is like a very penny-wise, pound foolish thing," given the size of state budgets and complexity of issues that legislatures tackle every year, said Stanford University political scientist Neil Malhotra.

That low level of pay also keeps many people from entering politics, said Malhotra. "There's very, very few working class people in legislatures. This might have something to do with why a lot of legislation does not seem very friendly towards working class people."

Even those with better-paying jobs can find it hard to take several months off a year to work in a state capitol.

Mike Dudgeon, chief technical officer at the video game company Hi-Rez Studios, is retiring from the Georgia General Assembly after six years as a state representative because he struggled to balance his professional and political commitments.

"Some people suggested that I sort of do the phone-it-in-thing and keep my seat in the Legislature and just do the bare minimum, just go down and vote and kind of do that," said Dudgeon. "But I just can't do that, it's not my personality. If I'm going to do anything I'm going to do it well."

No raise in sight

In Georgia, there's no sign lawmakers will get a raise anytime soon.

"I'm not in favor of increasing legislative pay," said David Shafer, a leader in the Georgia Senate. "I don't know that anyone serves in the General Assembly because of the pay, and I don't know that we would attract a better legislator if the pay were higher."

That's a perspective shared by lawmakers around the country, said Malhotra, because it doesn't look good for politicians to vote to give themselves raises.

"People don't want to pay politicians more money because they don't like politicians very much," he said.

Both retiring lawmakers Dudgeon and Jones worry a big raise could spawn more career politicians. They like the idea of "citizen legislators" who take time off from their jobs to meet at the state capitol for a few months out of the year, if they can afford it.

While compensation for state lawmakers is relatively low, some draw salaries in fields closely related to their work in the Legislature, such as public relations and law. Others make up for years of low pay once they retire by quickly jumping to consulting and lobbying firms where compensation is much higher.

As the new legislative session opens in Georgia, Jones wishes she could be in the mix. But Jones felt she "could not dare ask my family to continue to make such a big sacrifice." Instead, Jones plans to focus her political passions closer to home on local issues that she can afford to work on.