Accessibility links
Hear Bilal & Big K.R.I.T. Guest On Keyon Harrold's 'Stay This Way' The jazz trumpeter asks if euphoric moments are meant to last, or if they're naturally fleeting. 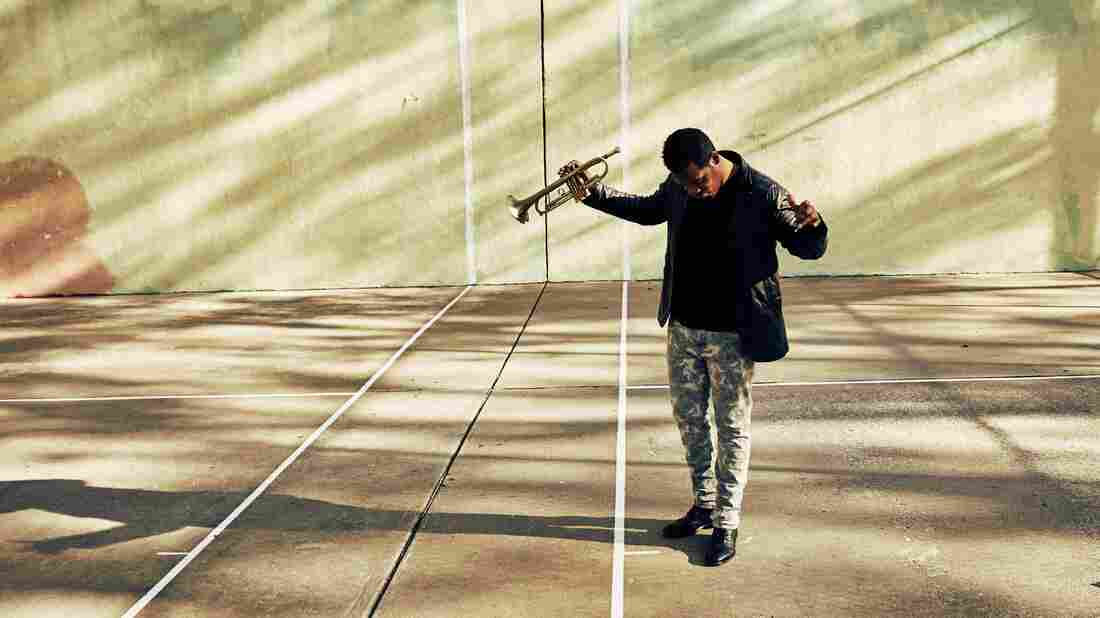 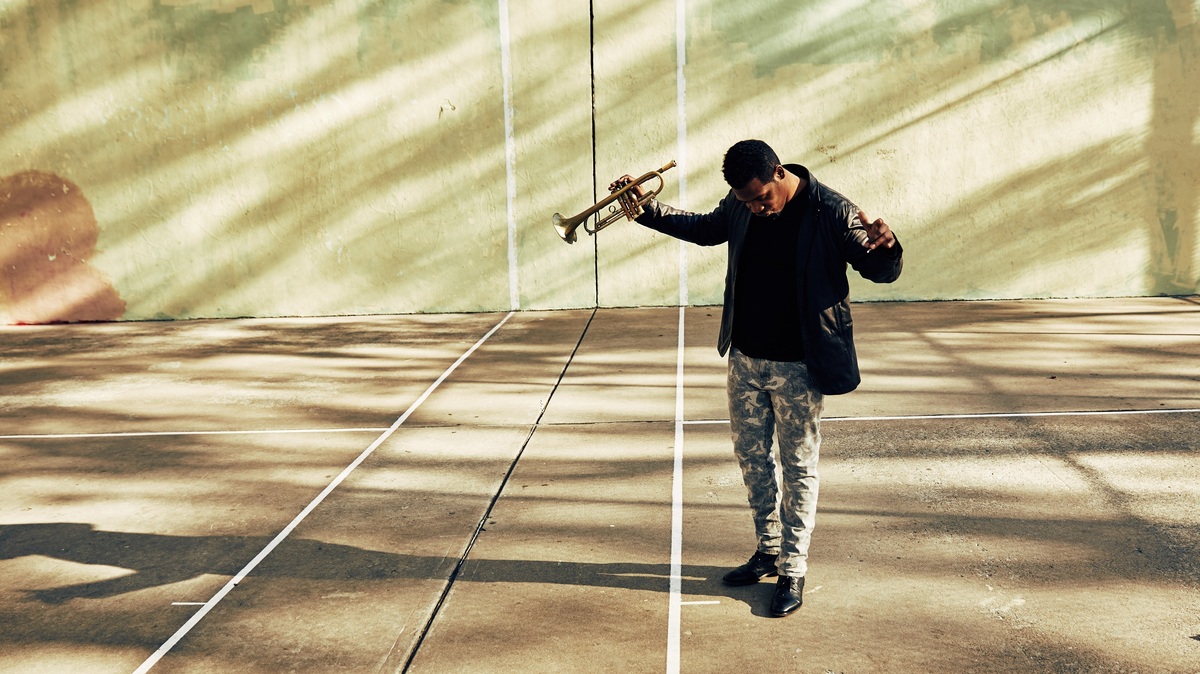 There is a sense of pensive melancholy as the wail of Keyon Harrold's trumpet pushes its way past the Hitchcock-esque piano that sets the tone for "Stay This Way." With Philadelphia singer Bilal and Southern rapper Big K.R.I.T. contributing vocals, the song asks if euphoric moments are meant to last, or if they're naturally fleeting.

Near the beginning of the track, Bilal sings almost waveringly:

The present is a memory

And stay this way

This is a love song, but not a typical one. Rather than speaking on a current moment in time, the track seems to be more about a fading memory. There is a feeling of regret running deep, along with a sense that the singer is stuck in the past.

Bilal's unorthodox delivery works in tandem with the often-unpredictable nature of the instrumental accompaniment; drum licks sprout up out of nowhere and disappear just as quickly. Though the sentiment of loss is present throughout, the feelings this song elicits seem sure to stick with you long after the final note rings.

Keyon Harrold kicks off his Blue Note residency this month with two shows each night, starting Jan. 10 with Bilal and Big K.R.I.T.