Accessibility links
Jeff Bridges Abides By His Actor Dad's Example: Bring Joy To The Set "He really wanted all his kids to go into acting because he loved it so much," Bridges says of his father. In Hell or High Water, Bridges plays an aging Texas ranger tracking two bank robbers. 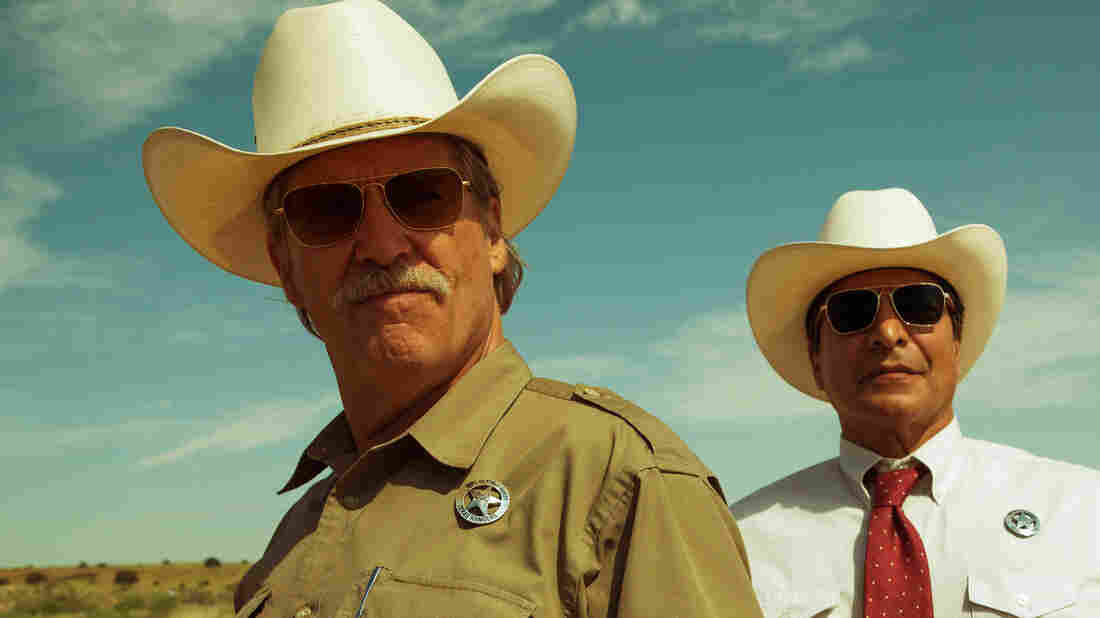 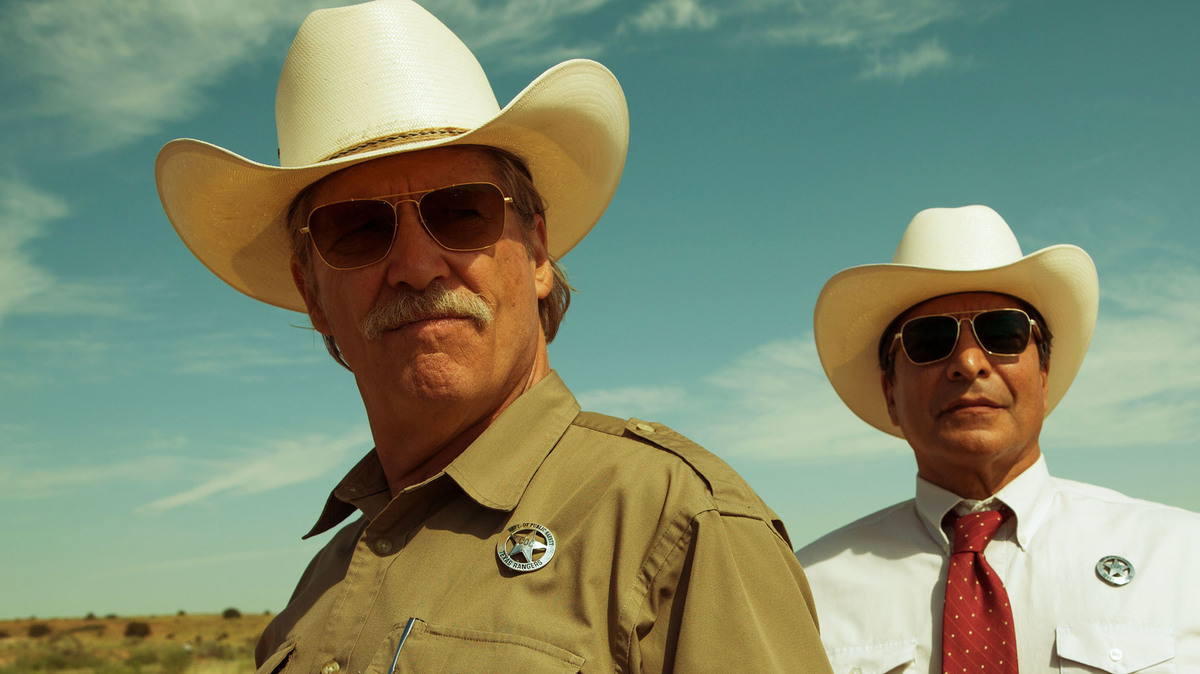 As the child of two Hollywood actors, Jeff Bridges can't remember the first time he was on a film set. He wasn't yet 2 years old when he appeared in the 1951 film The Company She Keeps with his mother, Dorothy Dean Bridges. Later, he and his brother, Beau Bridges, sometimes appeared in the TV series Sea Hunt, which starred their father, Lloyd Bridges.

But despite his early exposure to show business, Bridges tells Fresh Air's Dave Davies he wasn't always sure he wanted to be an actor.

"I had a lot of different interests," Bridges says. "I wanted to get into music and painting. ... And my father said, 'Oh Jeff, don't be ridiculous. That's the wonderful thing about acting is you get to incorporate all of your interests in your parts.' "

Looking back, Bridges is glad he listened to his dad. Over the course of his career, he has appeared in scores of films, including The Last Picture Show, The Big Lebowski and Crazy Heart, for which he won the Best Actor Oscar in 2010.

'Hell Or High Water' Is A Smart, Substantive Heist Film

In his latest film, Hell or High Water, Bridges plays an aging Texas ranger tracking two bank robbers. The actor says that no matter what the role, he tries to approach each film with the same spirit as his father.

"That joy that he brought with him into the set was kind of contagious, and it would spread through the company," Bridges says. "He really wanted all his kids to go into acting, because he loved it so much."

On what his dad taught him about acting

Especially with Sea Hunt, he'd ... teach me how to make it feel like it's happening for the first time and not to just wait for him to stop speaking and then do my lines. He said, "You gotta listen to what the other guy is saying and let that have some effect on what you're going to say. Now go out of the room; now come back in and do a completely different version."

Right along with my dad, my brother, Beau, was my teacher. He taught me so much about acting. One of the challenges for actors starting out is where do you perform? And Beau, who must've been 15, 16 years old, he came up with this great idea of renting a flatbed truck. ... We would pull into a supermarket and our father, Lloyd, taught us how to stage fight, fake fight, and we would stage this fake fight, and a crowd would gather around in the parking lot watching these two guys go at each other, and then [they'd try to] break our fight up and we'd say, "No, we're putting on a show!"

And we'd jump on the back of the flatbed truck and perform our scenes ... until the police came, and then they would be very upset, because we'd try to do improv with them and try to bring them into our show. And when they were really starting to get serious we'd say, "No, we're leaving!" and we'd get back into the truck and we'd go to the next supermarket and we'd play the supermarket circuit that way.

But Beau helped me with getting an agent and all of that. Then working with him in Fabulous Baker Boys — that was just a dream come true.

On the story behind his Big Lebowski character

Mary Zophres, the costume designer on that film, came over to my house and we said, "Let's go look in my closet and see if we've got anything in there that might be handy." And in there we found the Dude's jelly shoes, that weird Asian baseball-player shirt — a lot of the clothes were mine, so that was very helpful.

When I first heard about The Big Lebowski it was maybe a year or two before the film. And Joel and Ethan [Coen], I saw them somewhere and they said, "Hey, we're writing something for you." ... And then I got the script and I had no memory of any role that I had ever played like that. It felt like they had gone to some of my high school parties. ...

I guess they were onto something, because it did kind of fit some of my M.O. and my characteristics, my hair, my look, that sort of thing.

The Coen Bros. On Writing, 'Lebowski' And Literally Herding Cats

On doing scenes where he is supposed to be drunk

I made the mistake early in my career to say, "Oh, it's a drunk scene. I think I'll just get drunk!" But that doesn't work so good, I learned, because you've got the rest of the day, and then you've got the next day and you don't want to be hungover. Sometimes if I'm supposed to be playing a drunk scene I'll just put a little bit on my tongue, just kind of wear it as cologne almost. I'll put some on my beard and stuff, make me smell that stuff.

I meditate, I do that. That helps a lot. That line from Lebowski, "That's just your opinion, man," you can say that to yourself, too, because most of us, I can only speak for myself, but we all have these little voices in our heads saying, "Who do you think you are? You think you're going to pull this thing off?" And that's just your opinion, man. ...

My wife, she often gives me the phrase that my mother used to give me when I would go off to do a job as a teenager. My mom used to say, "Now remember, have fun and don't take it too seriously." Ah, thank you. Now I get my wife to say that to me and that kind of calms me down. If I'm on my game, I'll remember that.