Accessibility links
Obama's Farewell Address: How Presidents Use This Moment Of Reflection On Tuesday, President Obama will follow a tradition dating back to George Washington. Over the years, presidents have offered warnings about partisanship, praised balance of power and shared regrets. 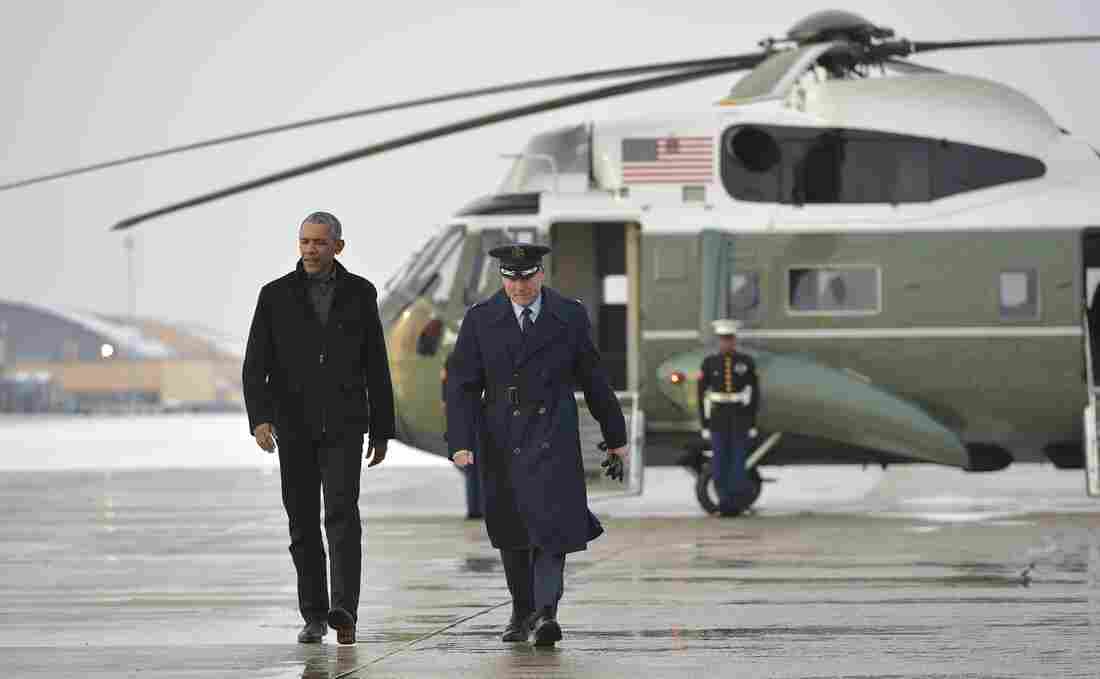 President Obama, seen on his way to board Air Force One, will deliver his farewell address on Tuesday night in Chicago. Mandel Ngan/AFP/Getty Images hide caption 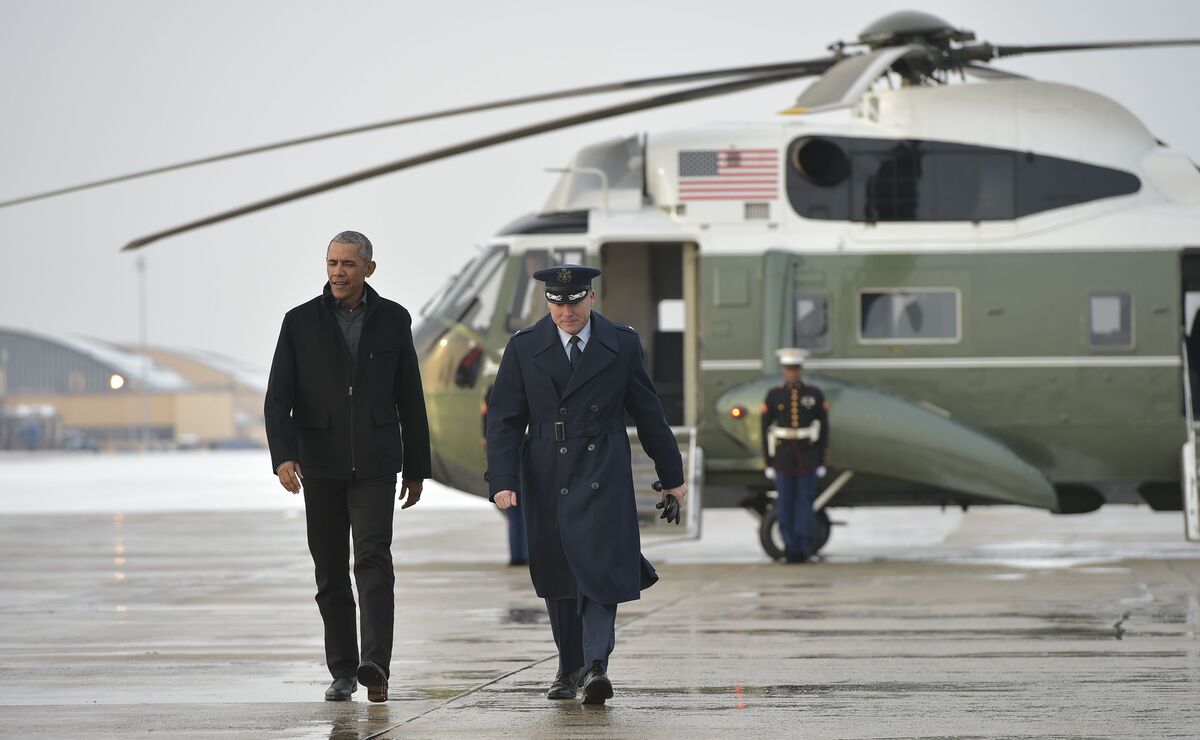 President Obama, seen on his way to board Air Force One, will deliver his farewell address on Tuesday night in Chicago.

In giving his farewell address on Tuesday night in Chicago, President Obama will follow a tradition begun by America's first president.

George Washington offered a series of warnings, what he called a "solemn contemplation." His parting words have been deemed so valuable that they are read on the floor of the U.S. Senate each year, including his warning about the dangers of partisanship:

"It serves always to distract the public councils and enfeeble the public administration. It agitates the community with ill-founded jealousies and false alarms; kindles the animosity of one part against another; foments occasionally riot and insurrection. It opens the door to foreign influence and corruption, which find a facilitated access to the government itself through the channels of party passion."

The presidential farewell address became a fixture in the 20th century, right along with the arrival of television in American homes. In these modern farewell speeches, almost all of them talk about the difficulty of the job, and urge the American people to be nice to the next guy.

Trump And Company Prepare Inaugural Address In The Shadow Of Tradition

"I want all of you to realize how big a job, how hard a job, it is — not for my sake, because I am stepping out of it — but for the sake of my successor," President Harry Truman said. "He needs the understanding and the help of every citizen."

Michelle Obama's Emotional Farewell: 'The Power Of Hope' Has 'Allowed Us To Rise'

All the presidents look back on their years in office, some lingering on their legacies longer than others. There is pride at accomplishment — as expressed by President Ronald Reagan, who thanked the men and women of the Reagan revolution and talked of proving the pundits wrong.

"Once you begin a great movement, there's no telling where it will end," he said. "We meant to change a nation, and instead, we changed a world."

But there is often talk of regrets, like not securing peace, says Gerhard Peters, co-director of the American Presidency Project.

"They are almost very respectful in the way they present their administration's accomplishments," Peters says. "You know, at times they're also very humble."

Peters says in most cases, it has been a president of one party handing the presidency off to a successor from the other party. And yet, "They're very graceful to their successor, and I'd expect President Obama to be, even though this has been a very political climate, this transition."

As with Washington's address, many of these final speeches contain warnings. President Eisenhower coined a term: "military-industrial complex."

"In the councils of government, we must guard against the acquisition of unwarranted influence, whether sought or unsought, by the military-industrial complex," he said in 1961. "The potential for the disastrous rise of misplaced power exists and will persist."

In modern times, presidents have used these speeches to argue for American leadership in the world, including President George H.W. Bush:

"We must engage ourselves if a new world order, one more compatible with our values and congenial to our interest, is to emerge. But even more, we must lead."

His son George W. Bush took up the same theme: "In the face of threats from abroad, it can be tempting to seek comfort by turning inward. But we must reject isolationism and its companion, protectionism."

Many presidents, including Gerald Ford, talk with pride about the peaceful transfer of power and of the balance of power built into the American system of government.

"This often results in difficulty and delay, as I well know, but it also places supreme authority under God, beyond any one person, any one branch, any majority great or small, or any one party," Ford said. "The Constitution is the bedrock of all our freedoms."

Guard it and cherish it, he said. President Jimmy Carter said it could be tempting in times of tension and economic distress to abandon principles: "We must never yield to this temptation. Our American values are not luxuries, but necessities — not the salt in our bread, but the bread itself."

American values come up again and again in these speeches. Listening to President Bill Clinton in early 2001, you could imagine President Obama striking a similar theme on Tuesday night:

"We must treat all our people with fairness and dignity, regardless of their race, religion, gender or sexual orientation, and regardless of when they arrived in our country — always moving toward the more perfect Union of our Founders' dreams."

And ultimately, as so many have before him, President Obama will have to say goodbye.