Accessibility links
How False Claims Of Obamacare 'Death Panels' Stuck With The President When Republicans attacked the proposed Affordable Care Act by falsely claiming that it contained "death panels," the White House initially saw the charge as being so absurd that no one would buy it. 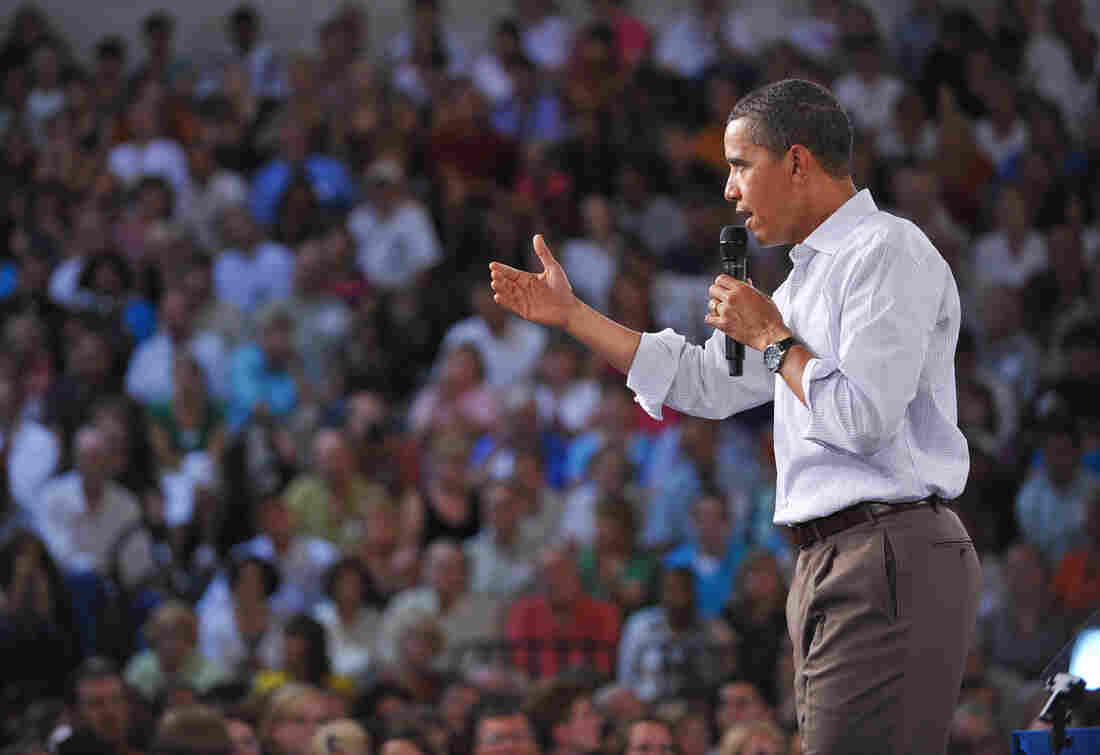 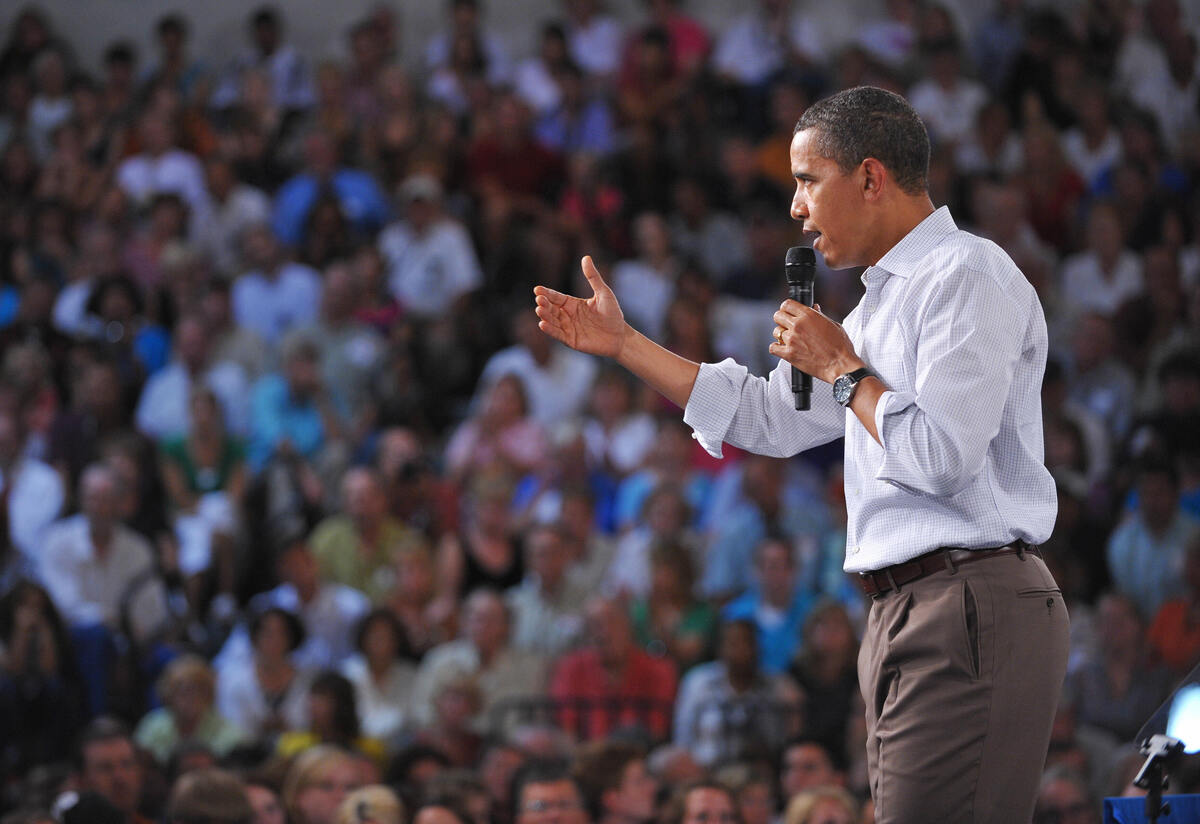 One of the most fragile pieces of President Obama's legacy in the aftermath of the 2016 election is the Affordable Care Act.

Republicans ran on their long-standing pledge to repeal it, and we'll know soon whether — as promised — they make it their top priority in the new Congress, even without having released details on what would replace it.

Scorecard For A Departing President: Assessing Obama's Successes And Shortcomings

The history of the Affordable Care Act also provides a window into the earliest years of the Obama presidency.

Fierce opposition from the GOP was there even before work on the legislation began, and that battle featured an early form of fake news — a tactic that became a prominent part of the 2016 election.

In 2009, when the health care law was still being written, Sarah Palin coined the phrase "death panel" in a widely shared Facebook post. The headline of her post was innocuous enough, "Statement on the Current Health Care Debate."

But that Aug. 7, 2009, social media post from the former Alaska governor and GOP vice presidential candidate included a dire warning:

"The America I know and love is not one in which my parents or my baby with Down Syndrome will have to stand in front of Obama's 'death panel' so his bureaucrats can decide, based on a subjective judgment of their 'level of productivity in society.' " 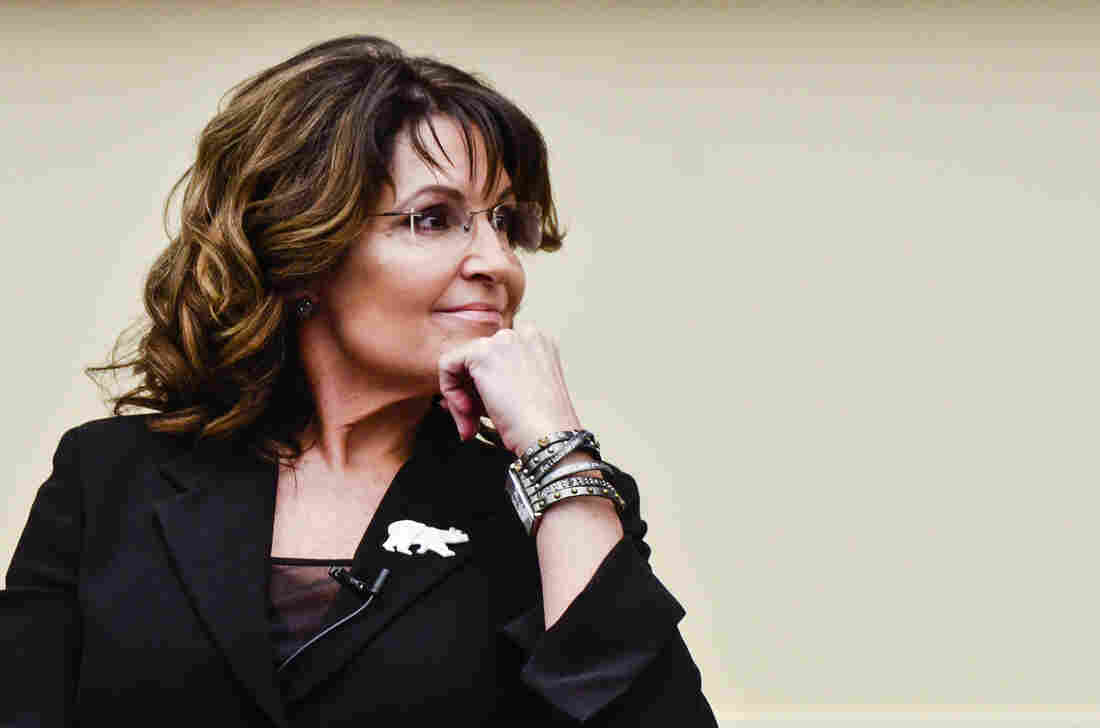 Former Alaska Gov. Sarah Palin falsely claimed on Facebook in 2009 that the Affordable Care Act would include "death panels." The idea stuck, and swirled in conservative media, despite a lack of evidence. Kris Connor/Getty Images hide caption 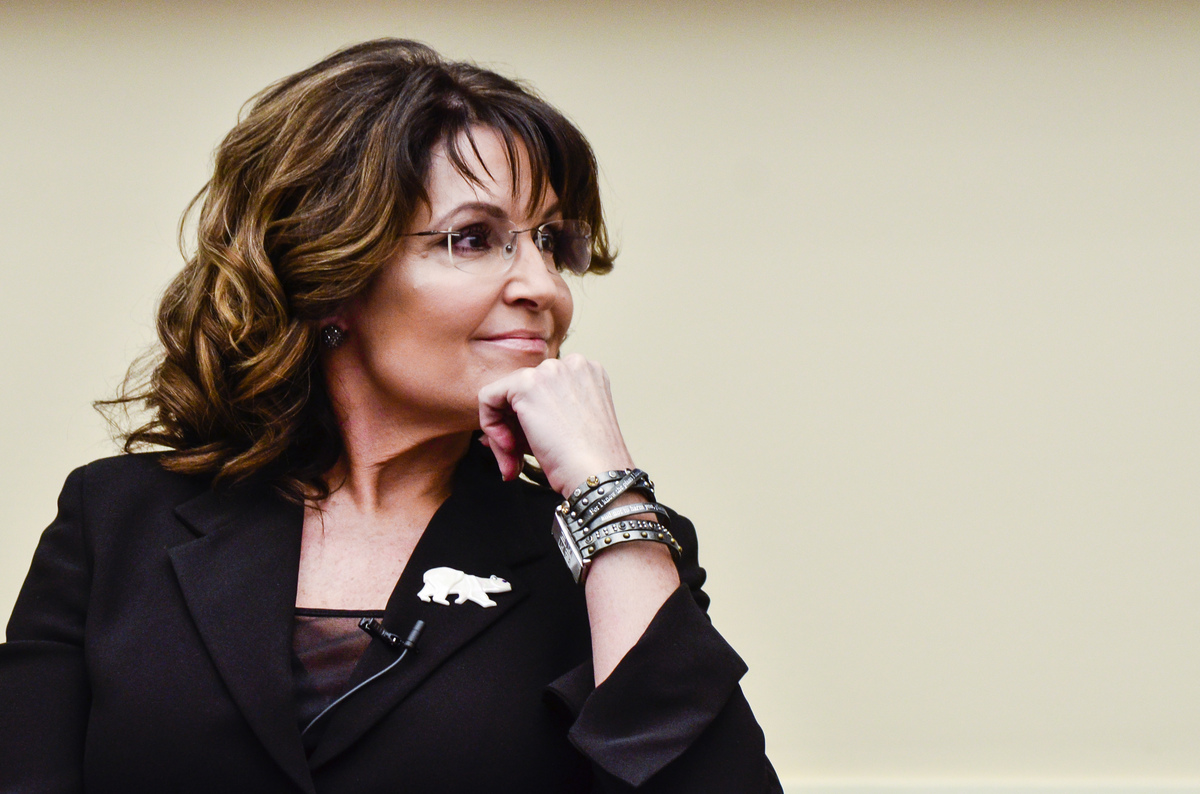 Former Alaska Gov. Sarah Palin falsely claimed on Facebook in 2009 that the Affordable Care Act would include "death panels." The idea stuck, and swirled in conservative media, despite a lack of evidence.

Conservative op-ed pages were on board. Talk radio, too. On his syndicated national radio program, Rush Limbaugh said of Palin, "She's dead right."

The specter of "death panels" became an instant rallying cry for the still-new Tea Party movement, whose supporters crowded into town hall meetings that summer and shouted down Democratic lawmakers considering support for the Affordable Care Act.

Republican members of Congress tapped into that anger. U.S. Sen. Chuck Grassley told a crowd back home in Iowa, "We should not have a government program that determines you're gonna pull the plug on Grandma."

As the summer of 2009 wore on, the president stayed above the fray. Anita Dunn, who was the White House communications director at the time, told NPR in a recent interview that the team didn't take the attacks seriously at first, "simply because they did seem so crazy."

But the president himself would need to directly respond. He went on the road, first to a mid-August town hall in Portsmouth, N.H., where he said that this is how politics works sometimes, "that people who want to keep things the way they are will try to scare the heck out of folks, and they'll create boogeymen out there that just aren't real."

Days later, in Grand Junction, Colo., Obama kept at it.

"The notion that somehow I ran for public office or members of Congress are in this so that they can go around pulling the plug on Grandma? I mean when you start making arguments like that, that's simply dishonest," the president said.

Ultimately, the Affordable Care Act was approved by the then-Democratic-controlled Congress. The president signed it in the spring of 2010. Meanwhile, the allegations regarding "death panels" would be "Lie of the Year" by the fact-checking organization PolitiFact.

The message that stuck

Dunn, currently a managing director at the D.C. firm SKDKnickerbocker, says that the early disinformation campaign had a lasting negative effect nonetheless.

"One of the hallmarks of the Affordable Care Act is that people don't know what is in the bill, or realize the benefits they've gotten," Dunn says, adding, "a huge part of that is how it was defined early by the opposition."

She says the White House communications team learned from the experience. Rapid response became more of a priority. But Ruy Teixeira, a senior analyst with the Center for American Progress, says there's another lesson from those early Obamacare battles that the administration — and Democrats — have been slow to learn: how to talk to white voters who do not have a college education. Those voters were once a key piece of the Democratic base, but Teixeira says they are now too often driven by a core belief that "the government is up to no good."

Obama To The American People: 'Our Best Days Are Still Ahead'

The idea of death panels fit right into that narrative. But Teixeira says you can apply it to other issues as well.

"You've got to convince them you take their concerns seriously, you're on their side," he says, "and the other people are not, and here's exactly why."

That was a major weakness of Democrats in the 2016 election. Non-college-educated white voters rallied around Trump and his message that he — not the Democrats — is on their side. All along, Democrats considered such a claim by the billionaire businessman turned politician a kind of a fake news story of its own. But they still need to figure out how to counter it.