Accessibility links
Trump-Russia Allegations, Sessions' Hearing, And More — A Rundown Of Tuesday's News Tuesday was an insane news day, with confirmation hearings, explosive new allegations about Trump's ties to Russia, and a death sentence in a high-profile case, among other things. And more to come.

Seriously, What A Day: 9 Things That Happened In 24 Hours

Seriously, What A Day: 9 Things That Happened In 24 Hours 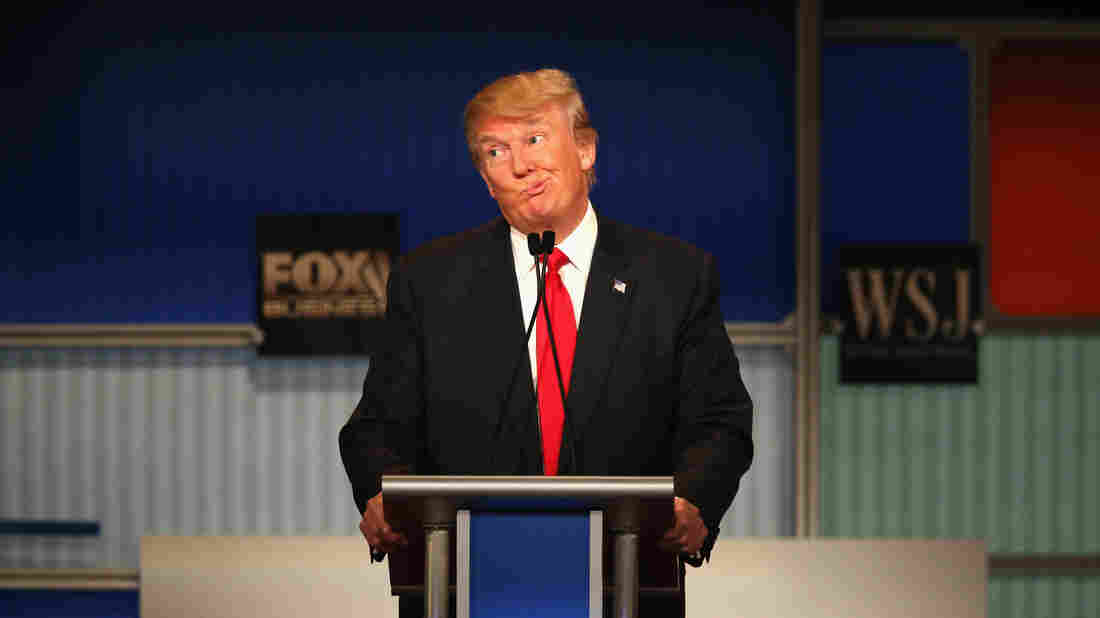 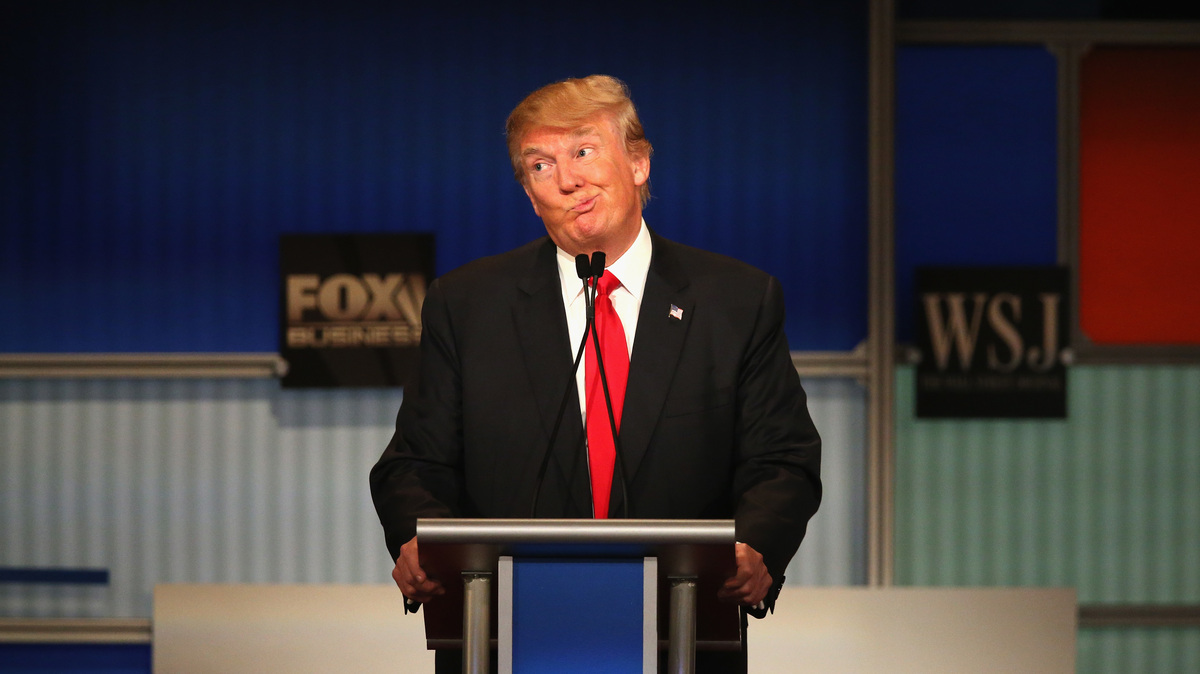 Tuesday was the opposite of a slow news day. It was a mad scramble of a news day, featuring major developments on President-elect Donald Trump's ties to Russia, a contentious confirmation hearing, a death sentence in a high-profile hate-crime case, and President Obama's farewell speech, among other things.

In case you couldn't keep up — and we can't blame you — here's a rundown of some of the biggest news of the day.

Let's start with the big story. Late on Tuesday, CNN reported on "allegations that Russian operatives claim to have compromising personal and financial information about Mr. Trump." Four top intelligence officers presented the information to Obama and Trump last week, according to CNN, which sourced the information to "multiple U.S. officials with direct knowledge" of those briefings.

CNN did not report on the specifics included in the 35 pages of memos. However, BuzzFeed released what it said was a copy of that 35-page dossier on Tuesday. "The document was prepared for political opponents of Trump by a person who is understood to be a former British intelligence agent," they wrote, also cautioning: "It is not just unconfirmed: It includes some clear errors."

NPR has not yet independently verified these reports. And as writers at the blog Lawfare cautioned, it may be smart to "take a deep breath" about this story: "We have no idea if any of these allegations are true. Yes, they are explosive; they are also entirely unsubstantiated, at least to our knowledge, at this stage," they wrote.

In the hearing to confirm Jeff Sessions as attorney general, the Alabama Republican senator clarified what he sees as the definition of sexual assault. When asked by Vermont Democratic Sen. Patrick Leahy whether "grabbing a woman by her genitals without consent" is sexual assault, Sessions answered, "Yes."

What would previously have been an unthinkable exchange in a confirmation hearing came about as a result of the infamous 2005 Access Hollywood tape, released in October 2016, in which now-President-elect Donald Trump said, "And when you're a star they let you do it. You can do anything ... Grab them by the p****. You can do anything." In a conversation last year with a Weekly Standard reporter, Sessions had at first said that what Trump described was not in fact assault:

SESSIONS: This was very improper language, and he's acknowledged that.

TWS: But beyond the language, would you characterize the behavior described in that [video] as sexual assault if that behavior actually took place?

SESSIONS: I don't characterize that as sexual assault. I think that's a stretch. I don't know what he meant—

TWS: So if you grab a woman by the genitals, that's not sexual assault?

SESSIONS: I don't know. It's not clear that he—how that would occur.

Sessions later insisted that the Standard had "misrepresented his views," as the Washington Post reported, adding that it was "crystal clear that assault is unacceptable," though that statement still didn't make it clear if he defined Trump's actions as assault.

To be clear, the Justice Department defines sexual assault as "any type of sexual contact or behavior that occurs without the explicit consent of the recipient," as the Washington Post's Danielle Paquette also pointed out.

Sessions voiced opposition to waterboarding and a Muslim ban, both of which Trump at one point promoted. Sessions said that it is "absolutely" illegal to waterboard. However, on the campaign trail, Trump had advocated for bringing back waterboarding: "Torture works. OK, folks? Believe me, it works. OK? And waterboarding is your minor form, but we should go much stronger than waterboarding," Trump said.

Likewise, Sessions said that he opposed banning Muslims as a group from the United states: "I have no belief, and do not support, the idea that Muslims, as a religious group, should be denied admission to the United States." Sessions had voted no on a December resolution stating that "must not bar individuals from entering into the United States based on their religion." In today's hearing, Sessions pointed out that Trump himself has backed off of the idea of banning Muslims from entering the country and "made clear that he believes the focus should be on individuals coming from countries that have a history of terrorism."

Donald Trump met with Robert F. Kennedy, Jr., a prominent skeptic of childhood vaccination. In a statement, the Trump transition team said that "the President-elect enjoyed his discussion with Robert Kennedy Jr. on a range of issues and appreciates his thoughts and ideas," adding that Trump "is exploring the possibility of forming a commission on Autism." However, Kennedy himself told reporters that he would be the head of a commission "to make sure we have scientific integrity in the vaccine process for efficacy and safety effects."

There is widespread agreement among Republicans that Obamacare must be repealed. The question of how, however, is a major area of disagreement, and prominent Republicans today added to the confusion on exactly what repeal might look like.

In addition, the Times reported, Trump "was clear on one point: Plans by congressional Republicans to repeal the health law now, then take years to create and implement a replacement law — the so-called repeal and delay idea — is unacceptable to the incoming president."

"Repeal and delay" has until recently seemed like a likely outcome of the Republican repeal plan — in December, Politico reported that "GOP leaders on both sides of the Capitol are coalescing around a plan to vote to repeal the law in early 2017 — but delay the effective date for that repeal for as long as three years."

On Tuesday, however, House Speaker Paul Ryan said he thinks the repeal and replacement of Obamacare should come "concurrently."

That view isn't at all unanimously held on Capitol Hill, though. On WBUR's Here and Now, Wisconsin Republican Sen. Ron Johnson seemed to advocate a sort of repair and repeal and replace approach, explaining with an analogy:

"If you had a bridge that's about ready to collapse, you know, the first thing you would do is you'd start working to repair that bridge," he said. "You aren't going to blow it up; I mean, at least people have a bridge to use. Repair that so people can use it while you start building other bridges."

That would seem to conflict with Trump and Ryan's abbreviated timelines.

6. Kelly at odds with Trump

Trump's pick to head the Department of Homeland Security, John Kelly, in his confirmation hearing voiced several opinions that run counter to those of the man who nominated him. Kelly said that he believes a border wall won't be a sufficient deterrent to people crossing the U.S.'s southern border illegally: "A physical barrier in and of itself will not do the job. It has to be a layered defense," he said.

In addition, as NPR's Jessica Taylor reported, he voiced opposition to waterboarding (which Trump has advocated), said he has "high confidence" in U.S. intelligence findings about Russia's role in influencing the November election (Trump does not agree with that assessment), opposed the idea of a Muslim ban (which Trump proposed but has backed off of), and said he thinks that deporting children who are part of the Deferred Action for Childhood Arrivals program would "probably not be at the top of my list" (Trump had said that he wouldn't break up the families of people in the U.S. illegally, but that "they have to go").

A jury sentenced the 22-year-old to die for the 2015 murder of nine at the historically black Emanuel African Methodist Episcopal Church. The decision required unanimous agreement by all 12 jurors. At the start of the sentencing hearing, at which Roof acted as his own lawyer, he had told the jury, "There is nothing wrong with me psychologically." And in his closing statement, he maintained that while he didn't "have to" commit the racially motivated crime, he did feel he should, as the Post and Courier reported:

He insisted he wasn't lying when he told FBI agents that he doesn't hate black people. In his confession, he said, he made the distinction that he just doesn't like what black people do. Nor was he lying when he said he felt he had to act as he did, he said.

Where would we be without a Trump tweet about it all?

He did not specify which news story or stories he was referring to, though one might deduce that it referred to the Russia developments.

President Obama bid farewell to the nation on Tuesday night in a very Obama-esque address that was heavy on optimism, thank yous to his supporters, and calls for Americans to participate more in democracy.

In fact, that was the topic of Obama's speech: "That's what I want to focus on tonight. The state of our democracy," he said, and in much of his address, he alternated between optimism, reassurance, and direction for how Americans can care for a nation rattled by polarization and the harsh rhetoric of the 2016 election. In the end, Obama referenced democracy itself far more than other recent presidents, as MSNBC's Alex Seitz-Wald noted on Twitter.

He mentioned his successor by name once, and alluded to Donald Trump in a few places, as NPR's Jessica Taylor reported, including a passage where he cautioned against the dangers of not basing one's opinions on facts:

"[W]ithout some common baseline of facts; without a willingness to admit new information, and concede that your opponent is making a fair point, and that science and reason matter, we'll keep talking past each other, making common ground and compromise impossible."

This chiding, of course, came after a long campaign in which Donald Trump in particular faced heavy criticism for repeatedly making false claims.

A previous version of this story incorrectly said that President Obama did not refer to President-elect Donald Trump by name. In fact, Obama mentioned Trump by name once.