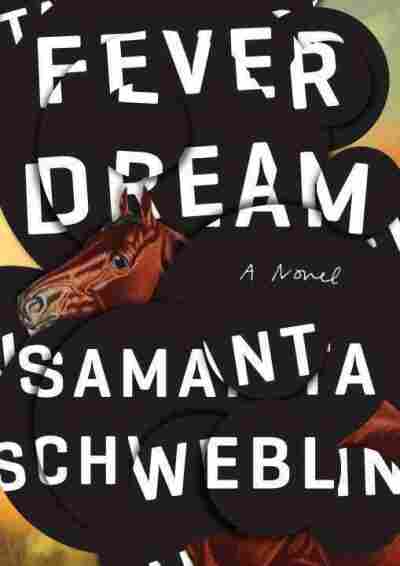 Latin American literature has an excellent tradition of short and creepy novels. The leader of the pack is Juan Rulfo's classic Pedro Páramo, set in a town where everybody is dead, but Rulfo is in good company. Chilean masters José Donoso and Roberto Bolaño wrote breathtaking novellas; so have present-day Mexican stars Valeria Luiselli and Carmen Boullosa. And so has the Argentine short story writer Samanta Schweblin, whose first novel, Fever Dream, is an exceptional example of the short-and-creepy form.

The novel starts as a warped child's game. A woman named Amanda is dying in a clinic in rural Argentina, in a town where she's gone on vacation; as she dies, a child named David interrogates her about the events leading up to her sickness. He wants to find "the exact moment when the worms come into being." What worms? "Worms in the body."

Amanda, in response, tells David a story that she heard from his mother: David got sick after drinking river water; she took him to a local healer rather than wait "for some rural doctor who wouldn't even make it to the clinic in time;" and in order to save him, the healer removed half his soul from his body, replacing it with half a stranger's.

This turns out to be true, but David dismisses it. "Those are stories my mother tells. Neither you nor I have time for this. We're looking for worms." He sounds like he's on a treasure hunt, or playing the sort of prolonged imaginary game little kids invent, the ones where no adult can comprehend the rules. This is important, he says, or this is unimportant, and Amanda, sick as she is, plays along.

This is the power of the short novel: Stripped down to its essentials, [Schweblin's] story all but glows. Which makes sense, after all. It's toxic.

But then we reach the important moment, and the atmosphere of invention falls away. Amanda describes going with her daughter Nina to visit David's mother at the town's largest farm, where she works as a bookkeeper; while they wait for her, they sit outside and watch a crew of men unloading plastic drums from a truck. One of the drums is left alone in the grass, Amanda says, and David tells her, "This is the important thing." The story moves on: Mother and daughter stand up and find their clothes damp. It's dew, Amanda says, but she can feel danger. She wants her daughter close. She tastes something bitter under her tongue. By the end of the day, both she and Nina are poisoned.

This is where Schweblin comes closest to Pedro Páramo. Rulfo's novel is half surreal tale of the afterlife and half political critique: Comala, where it's set, is a town of the dead because Pedro Páramo, its sole landowner, starved his tenants to death in a prolonged act of cruelty and rage. Fever Dream is an eco-critic's version of the same plot. Amanda and Nina, we understand, have been poisoned by toxic agricultural chemicals. So has David, who drank from the town's river. So have the rest of the children in the town. Amanda sees a parade of them, "strange children ... Deformed children. They don't have eyelashes, or eyebrows. Their skin is very pink, and scaly too." David tells her, "Around here there aren't many children who have been born right."

Like Pedro Páramo, Fever Dream is an attack on big landowners. The town's farm prospers as the farm workers' children soak up poisonous waste. Its owner destroys his town with carelessness rather than intentional cruelty, but the result is the same. This a town of the dying. It would be a town of the dead but for the local healer, in whom Schweblin asks us to believe entirely, because that's what you have to do in a horror story. And this book, don't get me wrong, is horror. After the healer replaces half of David's soul, his parents are so frightened of him that they lock him in his room every night. He devotes himself to killing poisoned animals and burying them in the yard. He is the archetypal possessed child, guiding Amanda from her life into his.

But of course our real guide is Samanta Schweblin, translated perfectly by Megan McDowell, who for my money is the best Spanish-to-English translator around. Schweblin writes with such restraint that I never questioned a sentence or a statement. This is the power of the short novel: Stripped down to its essentials, her story all but glows. Which makes sense, after all. It's toxic.