Accessibility links
Donald Trump's Conflicts Of Interest: Plan To Shift His Businesses Is Lacking, Ethics Experts Say Donald Trump says he'll turn over management of the Trump Organization to his sons to avoid a conflict of interest. But ex-presidential ethics lawyers say he must assign his properties to a trustee. 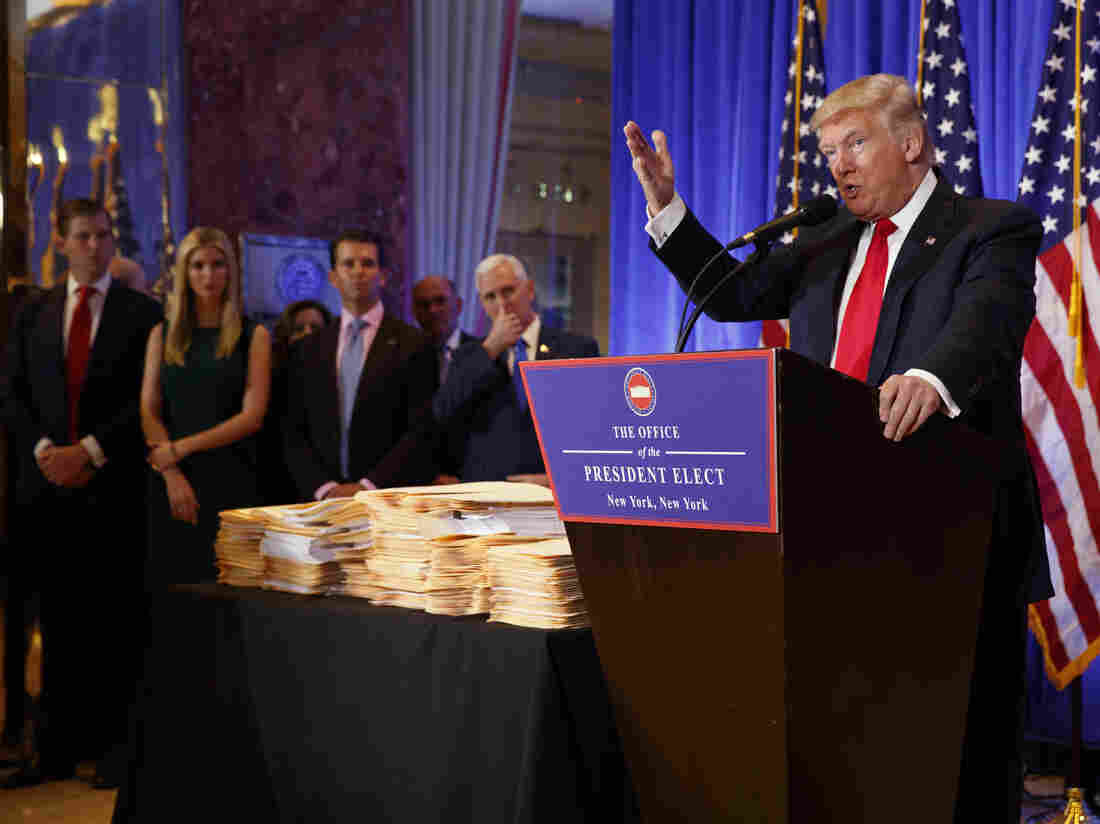 President-elect Donald Trump speaks during a news conference in the lobby of Trump Tower in New York on Wednesday, during which he discussed plans to shift management of his businesses to his sons. Evan Vucci/AP hide caption 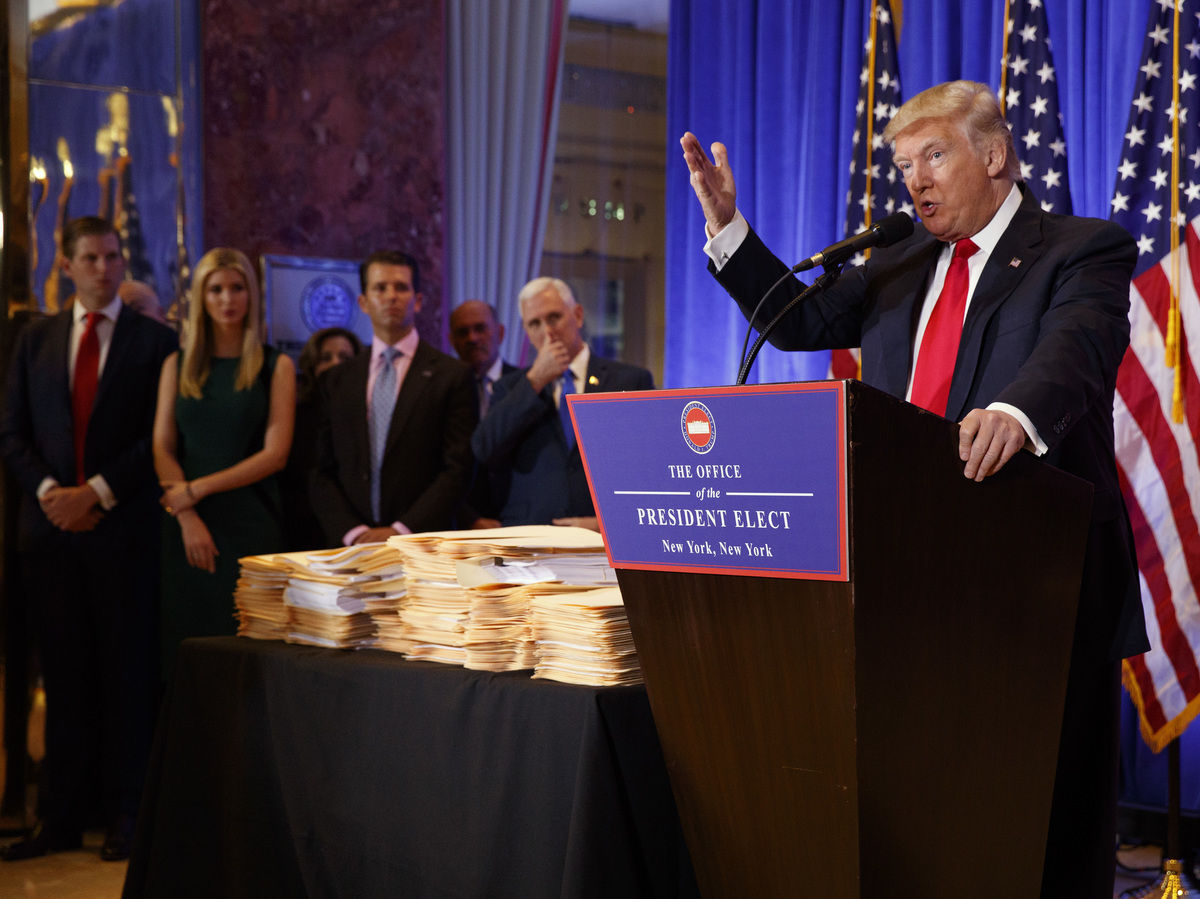 President-elect Donald Trump speaks during a news conference in the lobby of Trump Tower in New York on Wednesday, during which he discussed plans to shift management of his businesses to his sons.

At his press conference on Wednesday, Trump announced he will be turning over the management of the Trump Organization to his adult sons, Donald Jr. and Eric. Though they must make decisions without the input or knowledge of the president-elect, he will retain ownership of the company.

"I could actually run my business and run government at the same time," Trump said. "I don't like the way that looks, but I would be able to do that if I wanted to."

"There's a whole body of federal law, so what Mr. Trump announced yesterday is totally deficient and it's based on a distorted understanding," Eisen said in an interview on Morning Edition. "Either he's been fed a bad understanding of the Constitution American law by his counsel or he came to it naturally."

Kathleen Clark, a law professor at Washington University in St. Louis, said Trump did not address all the ethical problems involved in this decision.

"I think what we saw this morning was essentially an exercise in smoke and mirrors to give the appearance of doing something about the ethics problems, the Emoluments Clause problems," Clark said on All Things Considered Wednesday.

FACT CHECK: Trump Lawyer's Claim And Comparison To Rockefeller Is A Head Scratcher

Richard Painter, who served as an ethics lawyer in the George W. Bush administration, said the branding of Trump's name on buildings across the globe could also potentially become the focus of terrorist attacks.

"This is the type of thing that not only creates ethics problems but a strategic problem for the United States," he said. "It could endanger people's lives."

At Trump's news conference, his lawyer Sheri Dillon said giving up ownership would hurt his company and "greatly diminish the value of the assets."

"President-elect Trump should not be expected to destroy the company he built," she said.

But the government's chief ethics officer said Trump does need to divest.

"I don't think divestiture is too high a price to pay to be the president of the United States of America," Walter Shaub Jr., director of the Office of Government Ethics, said Wednesday.

Eisen and Painter say that giving up his role as a businessman is a fair expectation for the next president.

"All we're asking Mr. Trump to do — it's very simple — sign a piece of paper, turn the properties over to a trustee to figure out what to do with them," Eisen said.