Accessibility links
'The Soul's Gonna Speak': Run The Jewels Stares Down A Fraught 2017 Killer Mike and El-P, who make up the rap duo, discuss facing a politically tense new year with a bold new album — and a keen memory of the nation's recent history. 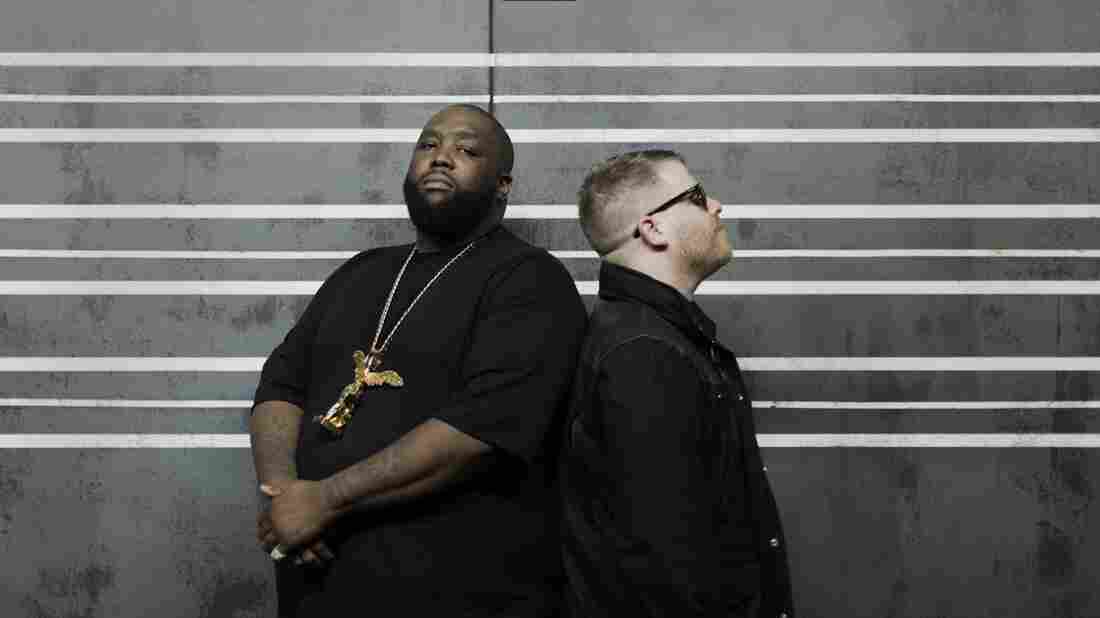 Rappers Killer Mike (left) and El-P make up the duo Run The Jewels. Todd Westphal/Courtesy of the artist hide caption 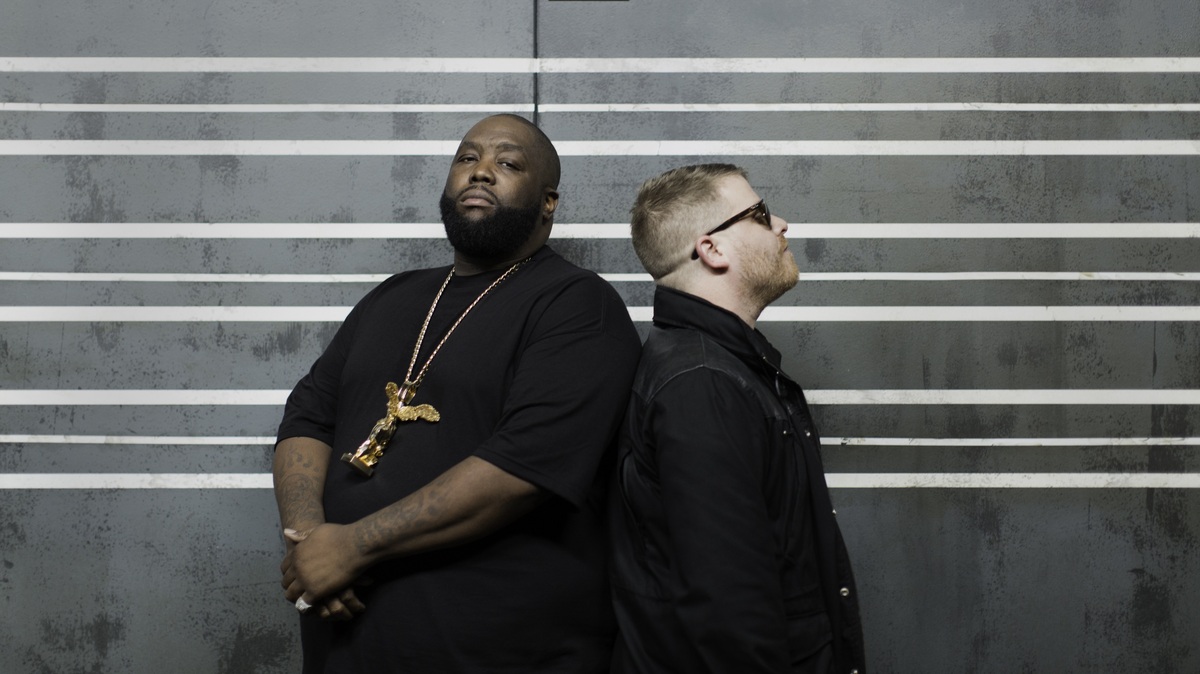 Rappers Killer Mike (left) and El-P make up the duo Run The Jewels.

Todd Westphal/Courtesy of the artist

When President Obama gave his goodbye speech this week, one of hip-hop's most politically active stars was watching.

Killer Mike is a rapper who actively campaigned for Bernie Sanders. So when he and fellow rapper El-P joined Morning Edition to talk about their new album from their group Run the Jewels, we had to get their take on the president's farewell. Killer Mike says he did like when President Obama urged Americans to get more involved.

"When he started talking about activism, lacing up your boots, hitting the streets, I was actually live tweeting during it," Killer Mike says. "It sounds like someone has been listening to the OG: the old guy Bernie."

Clearly, neither artist is a Trump supporter. But they also say they aren't dreading the transition.

At this point, El-P, who happens to be white, chimes in. "I think that it's a mistake to let our history off the hook so much so to say the Trump is introducing the idea of dread into American culture," he says.

Social commentary is a big part of Run the Jewels, which takes its inspiration from hard-hitting rap acts the two men grew up hearing in the 1980s and '90s, a time when the war on drugs and crack cocaine were ravaging American cities. Killer Mike had had a front-row seat from his neighborhood in Atlanta.

"I saw the world change. I saw it go upside down, and the irony of it is the only people who were telling the truth about what was happening at that time was rappers," he says.

Today, they hope to carry the mantle. 2016 provided a lot of material — not least the Black Lives Matter protests sparked by several high-profile shooting deaths of African-Americans by police. El-P notes that current-day racial tension set the tone for a song called "Thieves! (Screamed The Ghost)."

"We unfolded a narrative in this one that we knew was important to get right," he says. "We wanted to make it an anatomy of a riot."

"I think there is a pound of flesh owed in terms of this country making sure all of its citizens enjoy the constitutional rights that are promised," Killer Mike adds. "And because we don't, we keep resetting to the same place of anger and fear and angst and explosions of that. The dead don't rest. The soul's gonna speak, based on the fact that this country is still not offering full justice."