Accessibility links
Trump's Promises Of Deportations Create Uncertainty For N.J. Family Desiree Armas is a straight-A high school senior who hopes to go to college. But she and her parents are in the U.S. illegally. They're now in limbo, fearful of what's ahead under the new president. 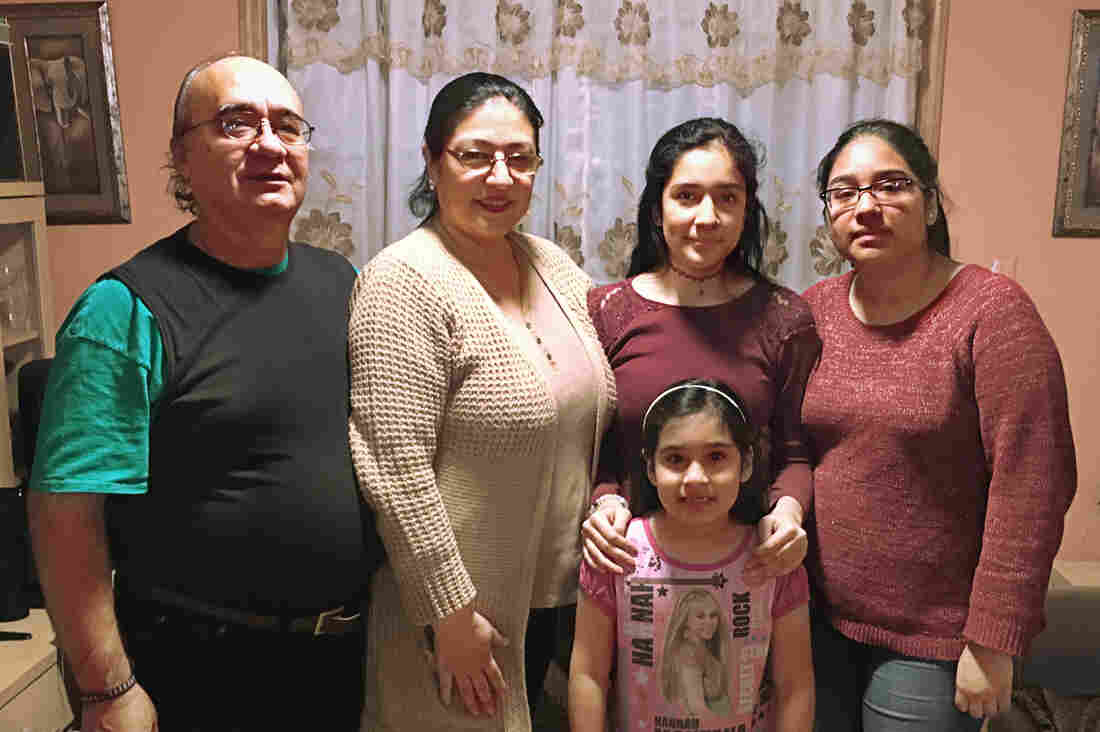 The Armas family is traveling to Washington, D.C., for an immigrant rights protest this weekend. Desiree Armas (right) and her parents are living in the country illegally. Joel Rose/NPR hide caption 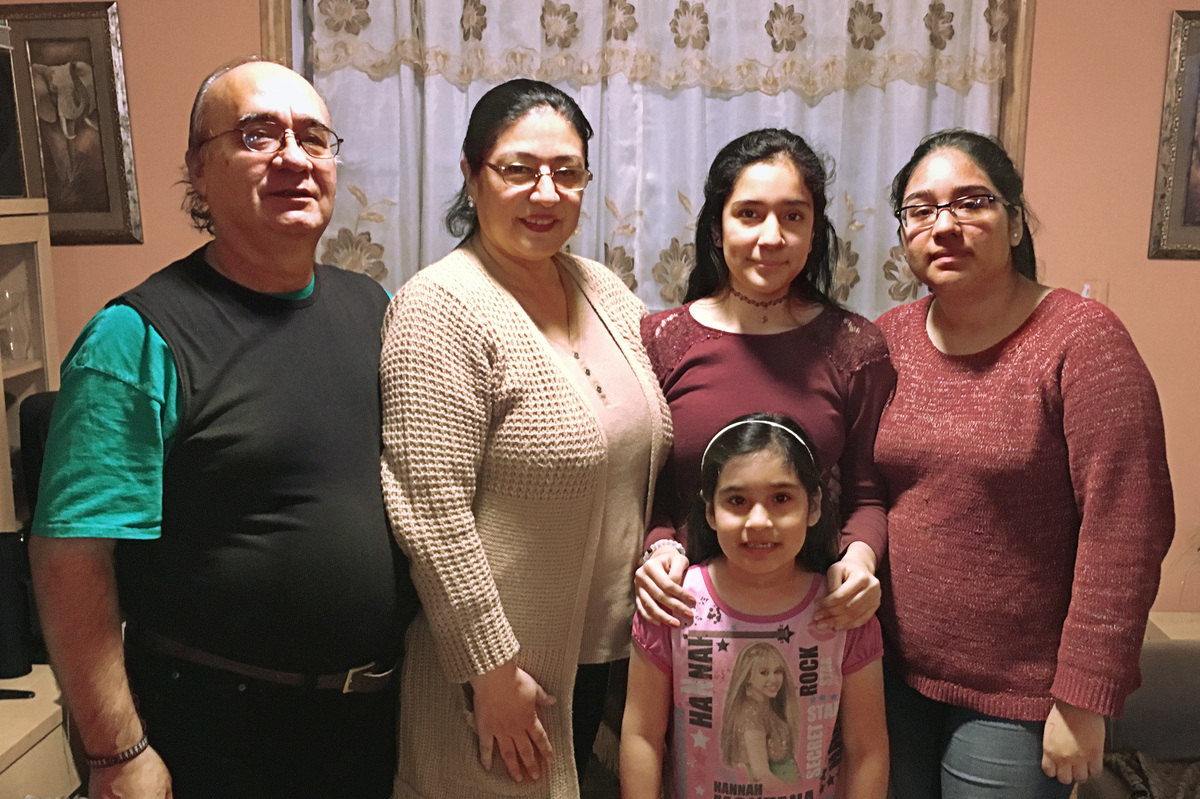 The Armas family is traveling to Washington, D.C., for an immigrant rights protest this weekend. Desiree Armas (right) and her parents are living in the country illegally.

In some ways, Desiree Armas is your typical high school senior. She's getting ready to take the test for her driver's license. And she's applying to colleges.

But Armas has a big secret. She rides the bus an hour each way to a magnet school miles away from her family's apartment. And her friends don't know that Armas and her parents are living in the country illegally.

"Only my best friend knows. No one else in school, besides my counselors," Armas says. "That's something I don't tell anyone. Because you never know."

President-elect Donald Trump has pledged to deport millions of immigrants living in the country illegally. And that's creating even more uncertainty for thousands of families. Many of those families — including the Armases — will travel to Washington, D.C., this weekend for a rally focusing on the rights of immigrants.

Desiree Armas left Peru with her parents when she was 3. Today the family lives in a small, tidy apartment in working-class Elizabeth, N.J. Desiree's mother, Olga Armas, says the family first arrived in the U.S. in 2002 and stayed to seek a better future for their daughter.

"The beginning was very hard," Olga Armas says through a translator. "It was difficult to come. We arrived here with nothing to a lot of uncertainty. No pans or pots or even a spoon."

In Peru, Olga's college-educated husband, Carlos, had a white-collar job with an airline. In New Jersey, he gets up at 4 a.m. to load pallets at a paper warehouse. When his parents died, Carlos Armas couldn't go back for their funerals.

"I withstood that because I wanted my daughters to stay in school," he says through a translator. "And my family to stay together here, that they continue to study."

Desiree is a straight-A student. So the family was thrilled when President Obama introduced a program called Deferred Action for Childhood Arrivals, or DACA, allowing immigrants who were brought to the country illegally as kids to work and attend college. As soon as Desiree was old enough to apply, Olga Armas says, the whole family went to the lawyer's office together to fill out the paperwork.

"My daughter was so happy, she cried," says Armas. "We cried, because my daughter can come out of the dark."

Desiree Armas says getting DACA made a huge difference. Her younger sister Kimberly, who was born in Florida, is a citizen. And Desiree admits, she's a little jealous.

"I see my sister's passport. And like, I don't know, something about it just gets me all like sappy for some reason, that I can't have one," she says. "But when I got my Social Security [card], it felt, like, so official. Like I was way more positive. I was more hopeful."

But Armas' hopes may have suffered a setback on election night.

President-elect Trump has pledged to deport millions of immigrants living in the country illegally, although he has also said he doesn't want to break up families. And Trump has committed to rolling back President Obama's immigration policies, including DACA.

"The truth is, people are in limbo," says Olga Armas. "We don't know what will come [from] Trump's words. But everybody is talking about it, there is lots of fear."

For Olga Armas, the fear is that what her family has gained could all go away. She's volunteering with Make the Road New Jersey, an activist group that works for immigrants' rights. She's helping to bring protesters to Washington for this weekend's rally.

Without DACA, her daughter could still be accepted to college. But losing her legal status would make it harder for Desiree Armas to find the money for school, or to work at a job or internship once she gets there. She says kids with DACA want the same thing immigrants to this country have always wanted.

"What you have now, your parents had to fight for it," Armas says. "And that's what our parents are doing. That's what we are doing. Not just me, just so many other students that are hard-working — and deserve a chance to show what we got. And if you take that away from us, you will yank the dreams of future doctors and engineers and lawyers."

So Desiree Armas is anxiously watching her mailbox for two reasons. Acceptance letters from the colleges she's applied to, and news about her future in this country.