Accessibility links
Donald Trump's Inauguration Prayer Leader Choices Show His Values The clergy speaking at Donald Trump's inauguration have mostly non-mainstream theological or political positions. No Muslim or mainline Protestant will speak, but the prosperity gospel will be heard. 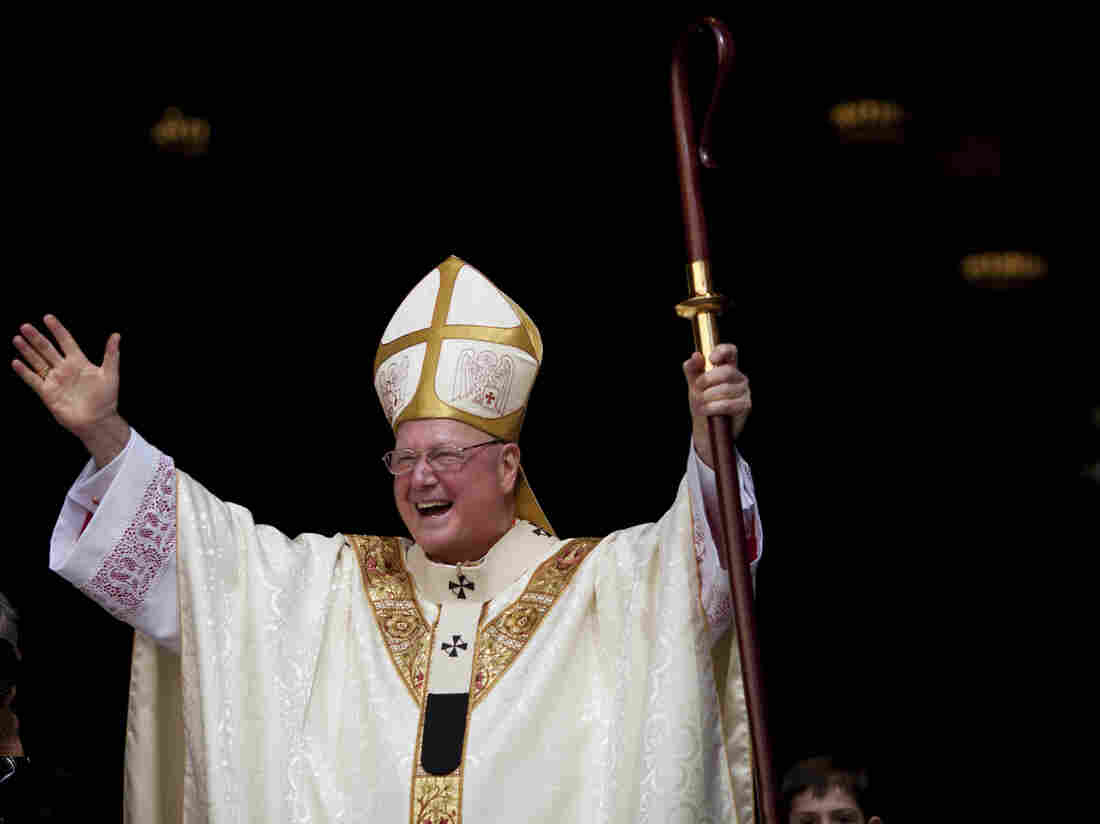 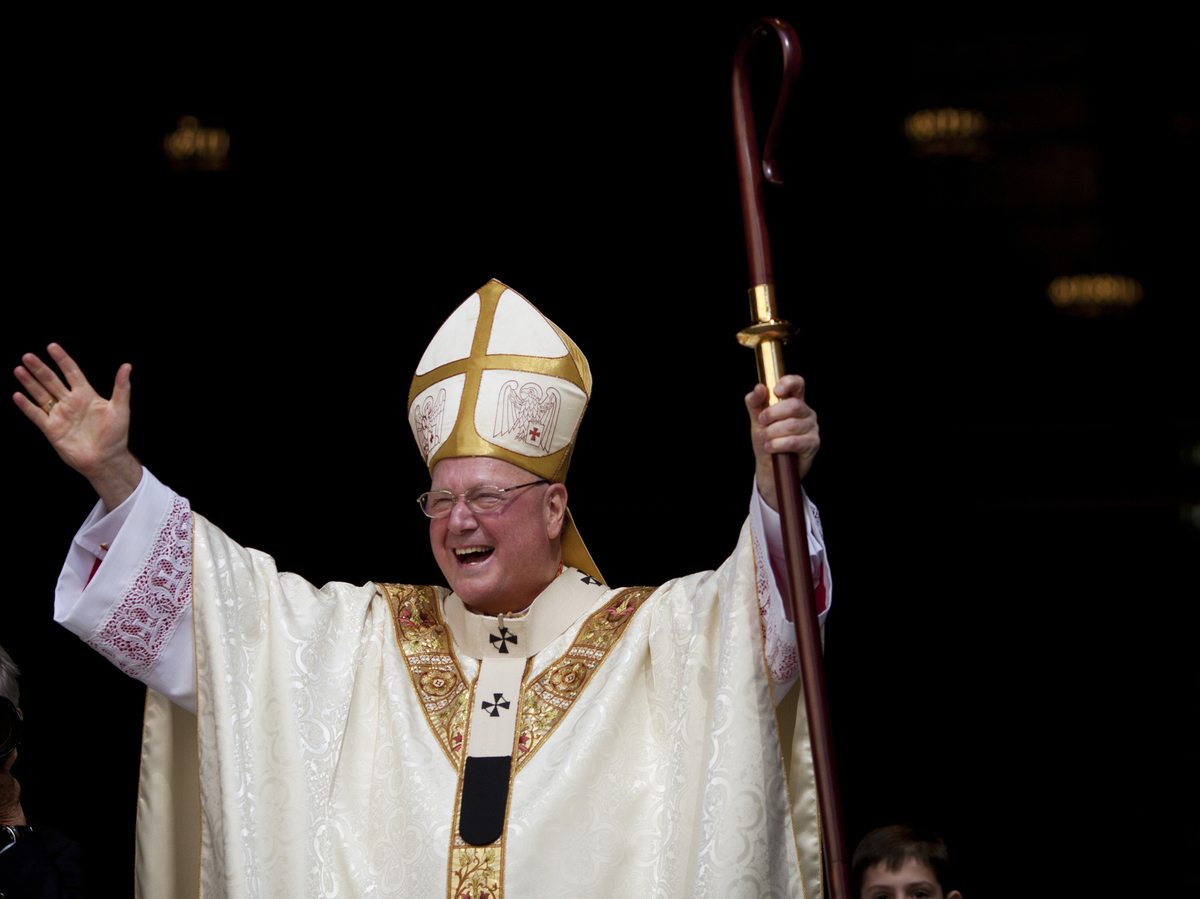 Cardinal Timothy Dolan, the archbishop of New York, will be one of six faith leaders to pray at Donald Trump's inauguration.

The six faith leaders President-elect Donald Trump has invited to pray at his inauguration come from diverse backgrounds, but they have something in common: All have personal ties to Trump or his family or have in some way signaled their approval of him, his politics or his wealth.

The group includes an African-American megachurch leader from Detroit, a Florida woman known for her lavish lifestyle and preaching on "abundancy," a rabbi from Los Angeles, and a Hispanic evangelical — as well as Franklin Graham (son of Billy Graham) and Cardinal Timothy Dolan, the archbishop of New York.

Bishop Wayne T. Jackson, who leads Great Faith Ministries in Detroit, played a key role during the presidential campaign by inviting candidate Trump to visit his church. For Trump, it was a rare appearance before a black congregation.

Presenting Trump with a Jewish prayer shawl during his visit, Jackson said, "There are going to be times in your life that you are going to feel forsaken ... but the anointing is going to lift you up."

With his invitation to Jackson to pray at his inauguration, Trump returned a favor.

Jackson lives in a multimillion-dollar mansion in Detroit and drives luxury cars. He preaches that being rich is not bad and that Trump's wealth shows he is "blessed by God."

Such teachings exemplify the "prosperity gospel," which holds that God rewards faithful Christians with financial success. It is a faith tradition with which Trump long has been associated. His "spiritual adviser" is Paula White, who as the leader of New Destiny Christian Center near Orlando, Fla., is perhaps the best known prosperity preacher in the country.

True Believer? Why Donald Trump Is The Choice Of The Religious Right

Not surprisingly, Donald Trump is drawn to those preachers who say that one's wealth is a sign of God's approval. Paula White has her critics in the evangelical world, some of whom consider her a heretic, but she endorsed Trump's candidacy, and he reciprocated by inviting White to pray at his swearing-in ceremony.

Another pro-Trump evangelist who will be praying at the inauguration is Franklin Graham. During a recent interview with Lou Dobbs on the Fox Business Network, Graham said "the hand of God" was evident in Trump's election. 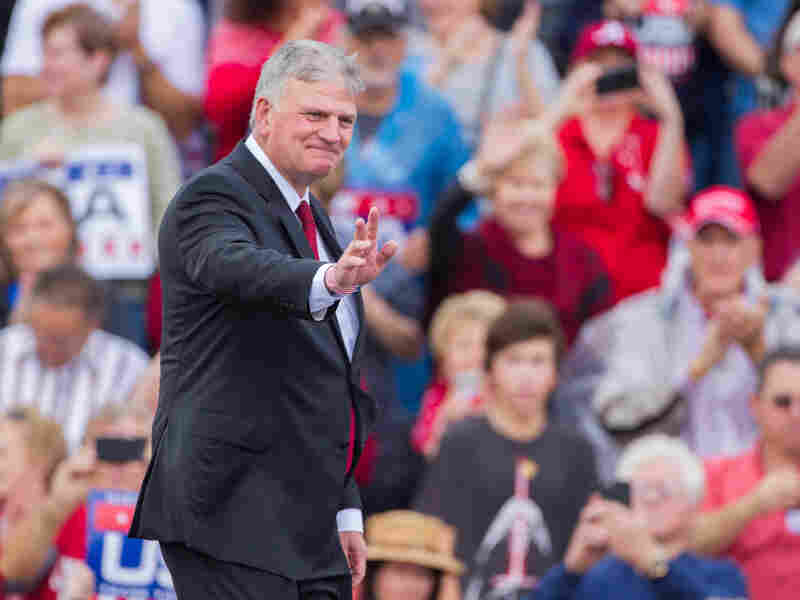 Evangelist Franklin Graham will follow his family's tradition of praying at presidential inaugurations when he prays during the ceremony for President-elect Donald Trump. He prayed previously at the 2001 inauguration of George W. Bush, and Graham's father, Billy, prayed at the inauguration of several presidents. Mark Wallheiser/Getty Images hide caption 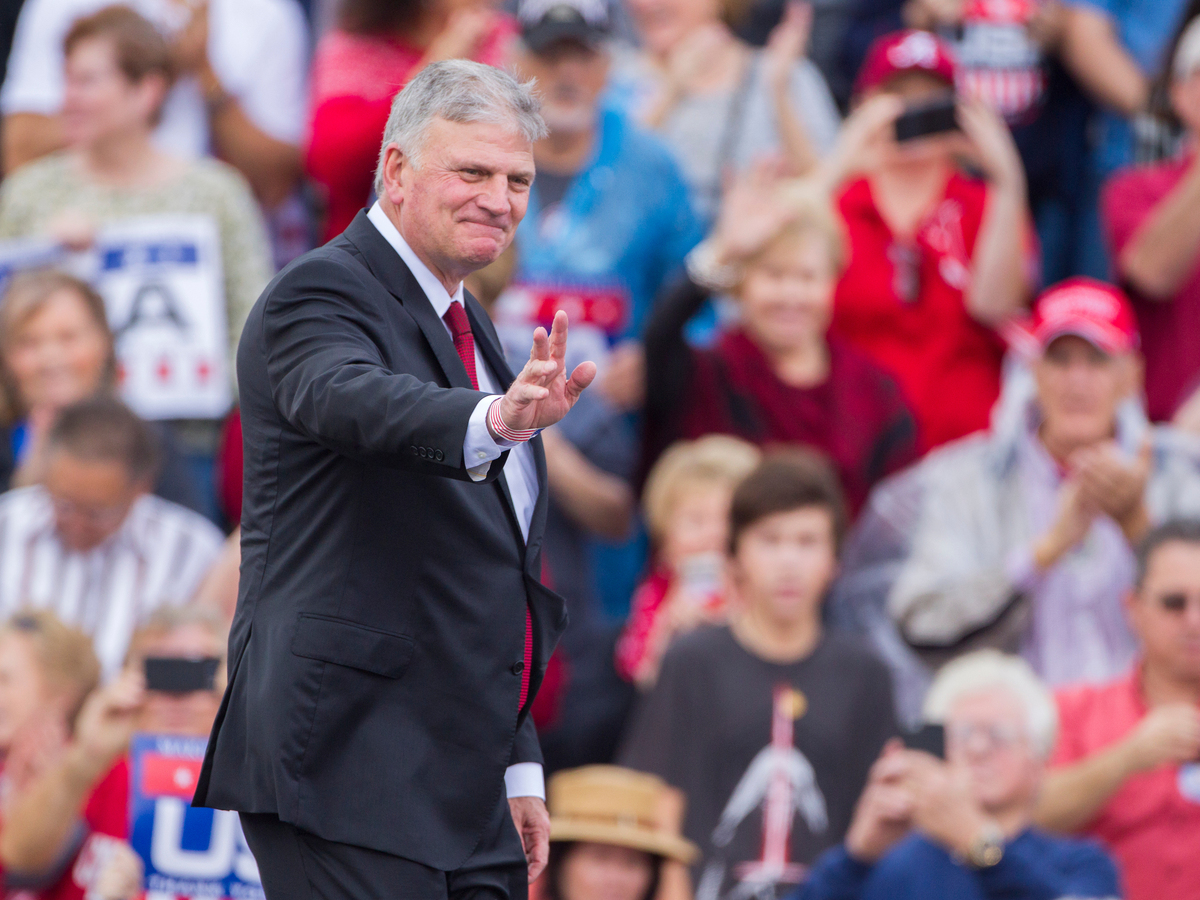 Evangelist Franklin Graham will follow his family's tradition of praying at presidential inaugurations when he prays during the ceremony for President-elect Donald Trump. He prayed previously at the 2001 inauguration of George W. Bush, and Graham's father, Billy, prayed at the inauguration of several presidents.

"I think God intervened and put his hand on Donald Trump for some reason," Graham told Dobbs. "It's obvious that there was something behind this, and it was more than people understand. I just think it was God."

His inclusion as a prayer leader may also signal Trump's comfort with Graham's political positions. During his campaign, Trump focused a lot of attention on the threat from "radical Islam," a theme Franklin Graham also has emphasized.

Hier, the first rabbi asked to pray at a presidential inauguration since 1985, says he will hit "modern themes" during his inauguration appearance. "It will be a short prayer, but it will reflect on the 21st century," he says.

Hier also has ties to the Trump world through Jared Kushner, Trump's son-in-law and close adviser. Kushner's parents are old friends with Hier and his wife.

One indication of Trump's unorthodox approach in choosing inauguration prayer leaders is the absence of any representative of mainline Protestantism, the dominant faith tradition of U.S. presidents throughout the country's history. On the other hand, Trump is the first to invite a Hispanic evangelical leader, the Rev. Samuel Rodriguez, president of the National Hispanic Christian Leadership Conference and senior pastor at New Season Christian Worship Center, an Assemblies of God congregation in Sacramento, Calif.

Rodriguez accepted the invitation despite some misgivings about Trump's hard-line immigration views.

"There was a bit of angst due to the fact that throughout the course of this campaign, the rhetoric and tone, as it pertained particularly to the immigrant community, did not line up with the ethos or the values of the NHCLC," Rodriguez told NPR. He agreed to come to Washington for the inauguration after "prayerful deliberation and discussion" and a conclusion that he could not pass up an opportunity to pray on "the quintessential political platform on the planet."

Among Hispanic evangelicals, Rodriguez is one of the more conservative leaders. While he did not endorse Trump, he told NPR that he has heard a "change of tone" from Trump in the past few weeks, and now has high hopes for better relations between Hispanics and the Trump administration.

"Thirty percent of Latinos voted for Donald Trump," Rodriguez points out. "There's a great possibility that the president-elect and his team have come to the realization that this constituency could be engaged successfully."

Generally, Trump's selection of inauguration prayer leaders reflects his tendency to break with mainstream thinking — and the importance he places on loyalty. With his invitations, he has rewarded clergy members who support him politically, endorse his views, or even offer a religious approval of his great wealth.

The least surprising prayer leader choice is Cardinal Dolan. Most U.S. presidents in recent years have asked a prominent Catholic bishop or theologian to pray at their inaugurations, and as fellow New Yorkers, Dolan and Trump have known each other for a long time.