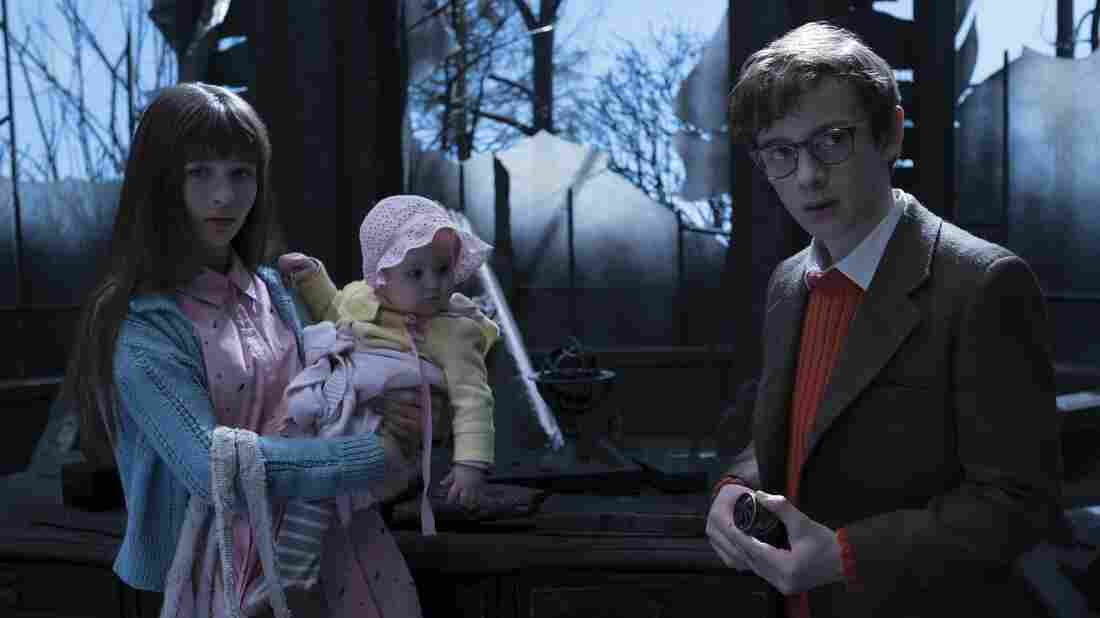 Malina Weissman and Louis Hynes play the older Baudelaire children, and Presley Smith is their baby sister in The Series of Unfortunate Events on Netflix. Joe Lederer/Netflix hide caption 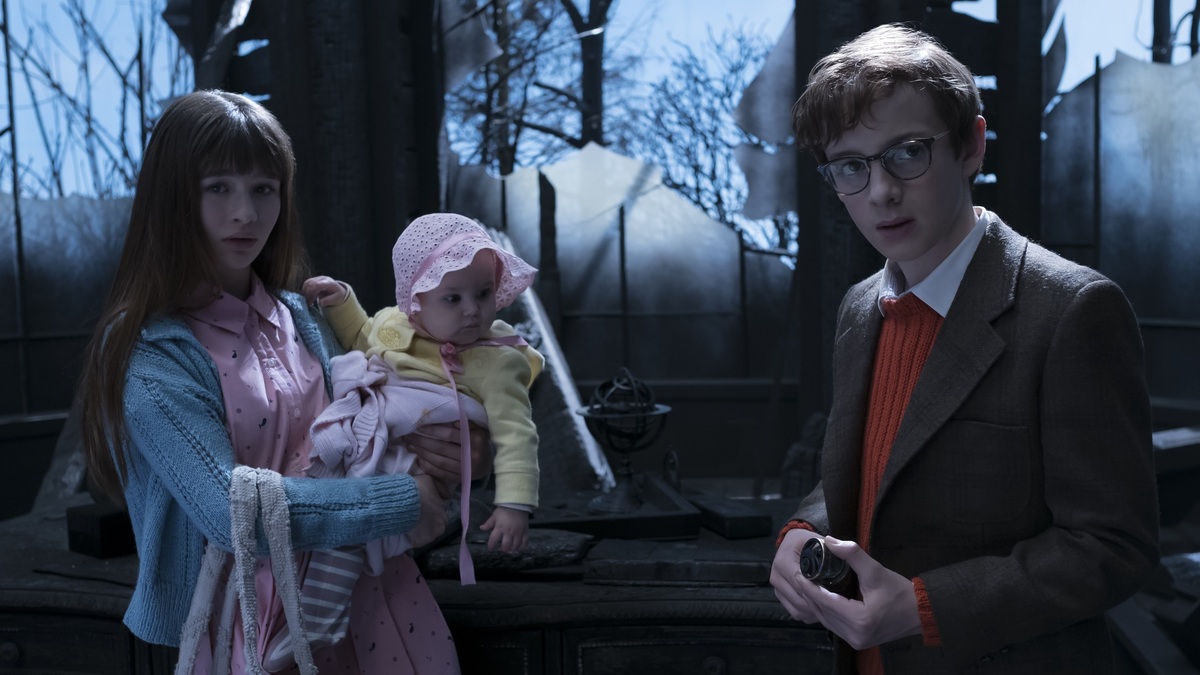 Malina Weissman and Louis Hynes play the older Baudelaire children, and Presley Smith is their baby sister in The Series of Unfortunate Events on Netflix.

I don't want to oversell this new version of A Series of Unfortunate Events, but I don't know how not to. Everything that the movie version got wrong, this TV adaptation gets right. And not just right, but brilliantly.

The difference is as stark, and as significant, as the difference between the movie and TV versions of Buffy the Vampire Slayer -- where the writer of that story, Joss Whedon, took the reins and made a television version much truer to his original vision.

Daniel Handler, who wrote the original series of Lemony Snicket books, has done the same thing here. And he's enlisted, as his key co-conspirators, two pitch-perfect collaborators: Barry Sonnenfeld, of Pushing Daisies and The Addams Family fame, as the director of many of the episodes, and an executive producer. And as another producer, and the show's central star, Neil Patrick Harris.

This new 8-episode Netflix version, which is written by Handler, is inspiringly faithful to the original books, with two episodes devoted to each of the first handful of stories.

The look, which comes from Sonnenfeld, is full-out fairy-tale fright mode — occasionally bright colors against oppressively grey backgrounds, aptly reflecting the mood of the stories.

And these are sad, sad stories indeed. The narrative begins with three children being told their parents have died in a fire that burned down the family home — and goes downhill from there.

These stories are cracklingly intelligent, and delightfully droll, and occasionally, surprisingly, laugh-out-loud funny. They're also so dark, they come with a warning attached — not just at the start, but throughout.

In the books, these warnings are delivered by the alleged author, Lemony Snicket. He delivers the same deadpan warnings in the TV version, too — but for TV, Lemony Snicket appears throughout as a pessimistic, gloom-and-doom on-screen narrator, sort of a modern-day cross between Rod Serling and Eeyore. And he's played by Patrick Warburton, whose delivery is as no-nonsense, and as inexplicably charming, as his disclaimers.

I haven't had this much fun watching TV in quite a while.

Though Lemony urges viewers not to watch A Series of Unfortunate Events, I'm begging you to tune in. I haven't had this much fun watching TV in quite a while.

Their chief nemesis is Count Olaf, an actor and schemer played by Harris, who adopts several guises and plots in hopes of stealing the family fortune the children will eventually inherit.

Different stories and episodes are filled with delightful supporting players and performances. Alfre Woodard, as an easily frightened woman, has her most playful role in decades. Catherine O'Hara, Aasif Mandvi, Joan Cusack and others pop in and out, all having heaps of fun playing outrageous characters.

No one has more fun, though, or is more outrageous, than Harris. He was a wonderfully camp, cartoonish villain back when he played the titular bad guy in Joss Whedon's Dr. Horrible's Sing-Along Blog -- but that was only a warm-up for his evil ways in Unfortunate Events, in which he threatens the children who have been newly placed in his care.

I don't know how old children should be to watch this series — that's a call, parents should make for themselves. But no one is too old.

The tone of this show is utterly charming, and it never falters. It looks great, sounds great, takes maze-like twists and turns and preserves all the quirky things that made the original book series such a treat. Even the long discourses on proper grammar, and the deeply buried clues and puns, are here.

Harris even sings the show's theme song, which changes each week to reflect the updated action but always ends by encouraging viewers to look away. Don't you dare. Or you'll be missing one of the best new TV shows in a long time.