Listen · 3:46 3:46
Nation's Capital Preps For Both Presidential Supporters And Protesters 3:46 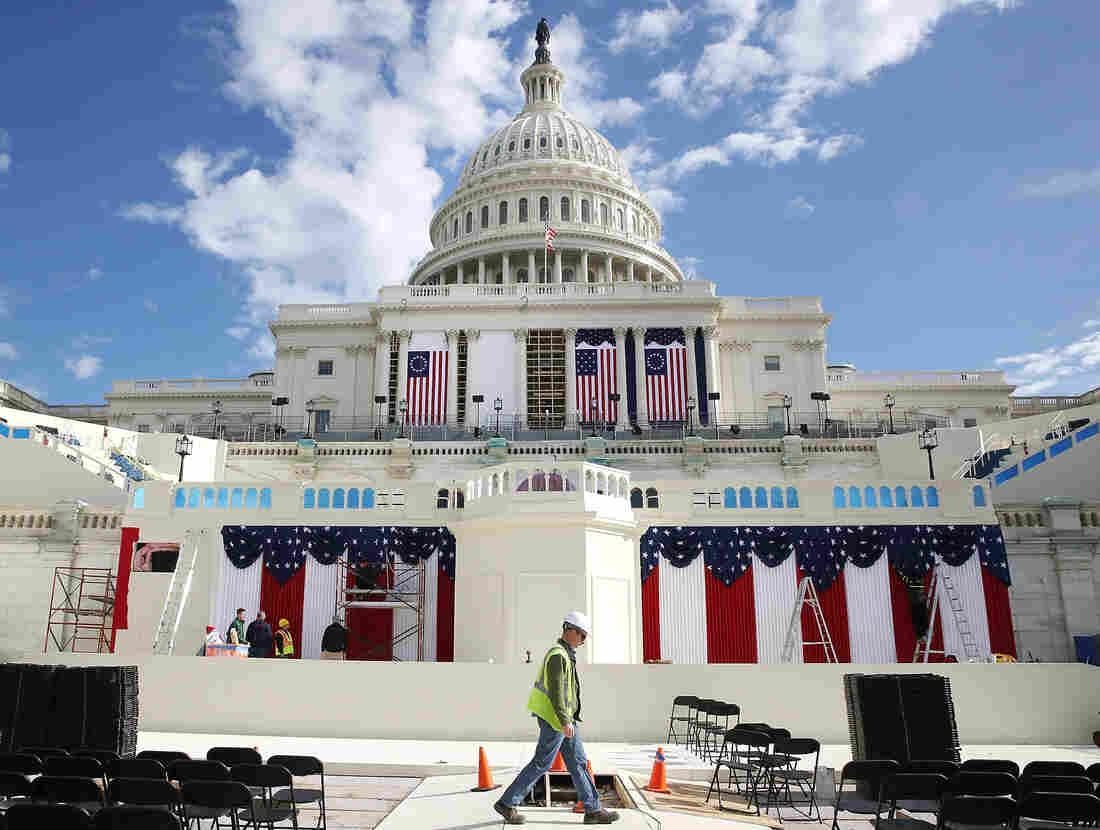 Workers are busy preparing the stage in Washington, D.C., to be used during the inauguration of Donald Trump on Jan. 20. Mark Wilson/Getty Images hide caption 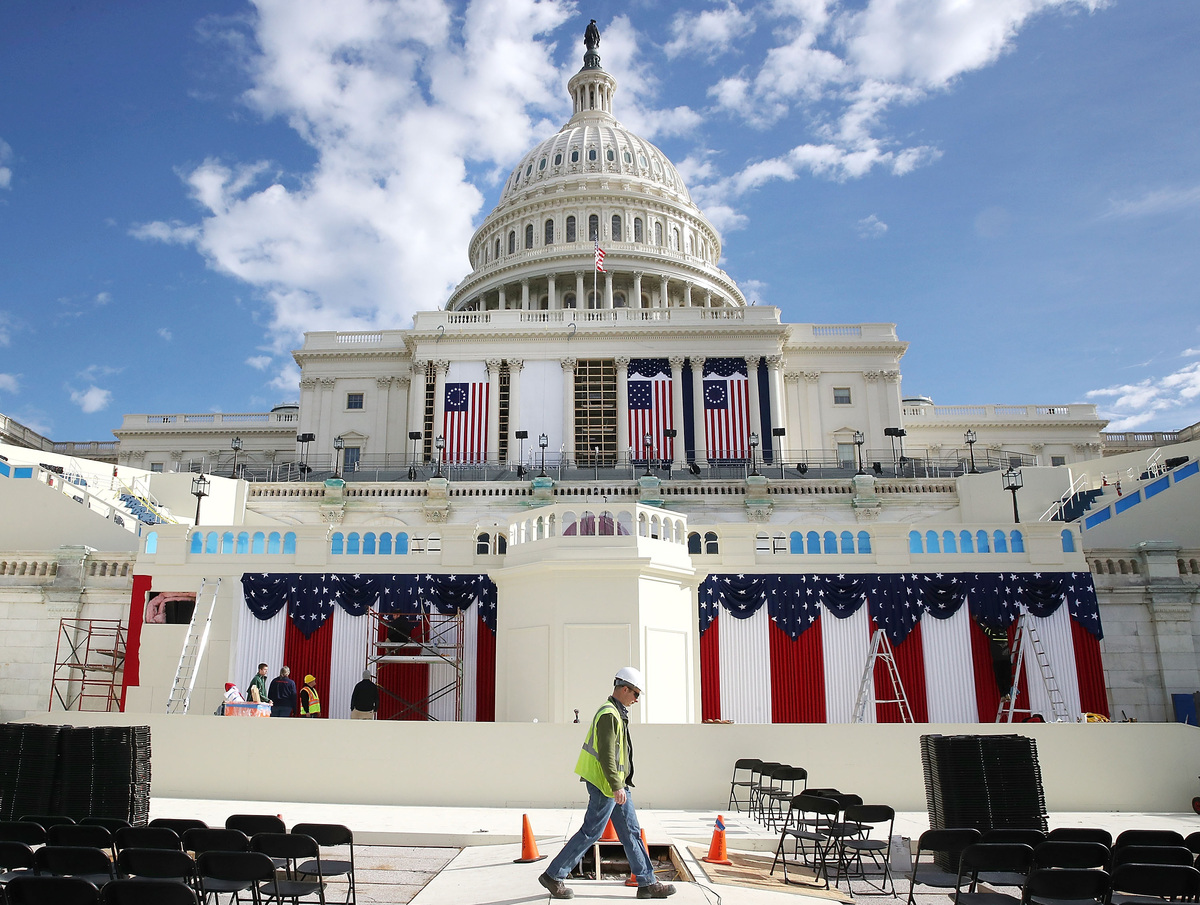 Workers are busy preparing the stage in Washington, D.C., to be used during the inauguration of Donald Trump on Jan. 20.

Along the Pennsylvania Avenue parade route, the viewing standings are going up. Hotels are booked. Washington, D.C., is preparing to welcome Donald Trump to the White House.

And so are the demonstrators.

"The way I'm telling people is, 'look, Donald Trump is throwing a party, he's throwing a coronation, and I want to be here to crash it,' " says Eugene Puryear, an organizer with an anti-war group, the A.N.S.W.E.R. Coalition. Earlier this month the National Park Service approved the group's permits to protest alongside the parade route.

Hundreds of thousands of people will descend on the city next week. While few predict the crowds will top the estimated 1.8 million at Barack Obama's record-setting 2008 event, this year's inauguration is drawing heavy interest — from both Trump supporters and those looking to protest.

What might be different this year is the sheer number of protesters coming to Washington — both for the Jan. 20 inauguration and for the women's march the next day. An estimated 1,200 busloads of protesters are expected for the women's march, three times as many as expected for the inauguration itself. Some demonstrations are even kicking off Saturday, six days ahead of the main event.

Figuring out how to handle the tens of thousands of expected protesters falls on the shoulders of the D.C. police department. 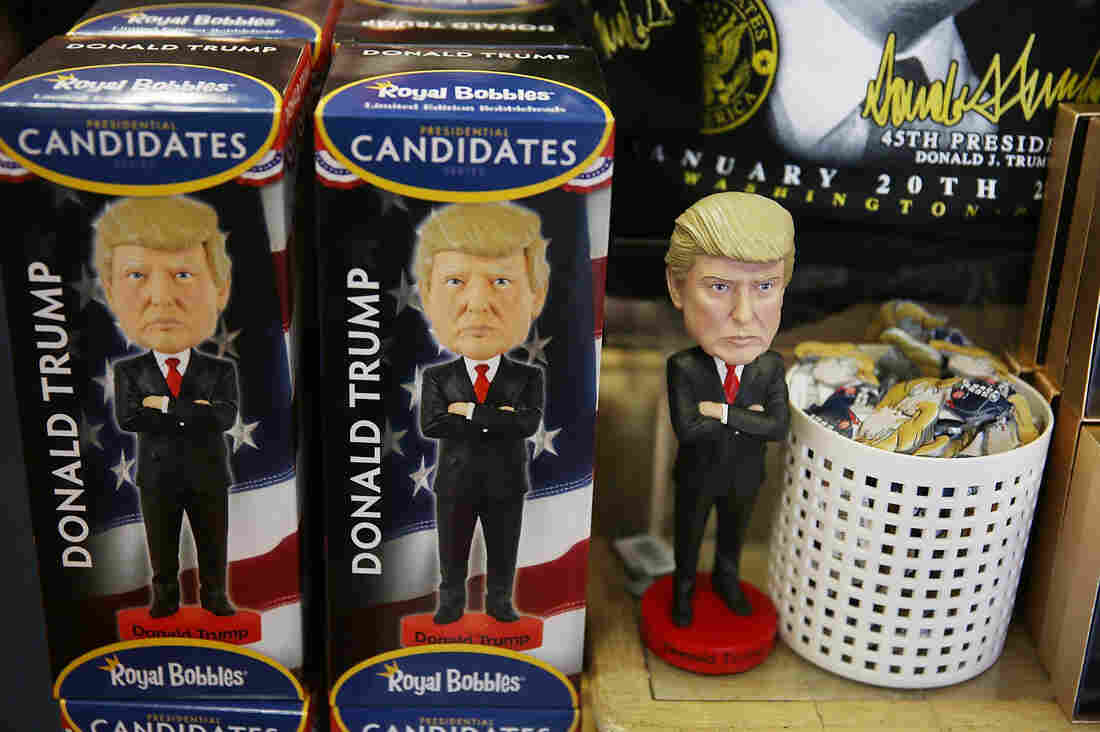 Donald Trump bobble head dolls for sale on a shelf at White House Gifts. The influx of visitors to D.C. for the inauguration may create security headaches, but means big business for the local economy. Joe Raedle/Getty Images hide caption 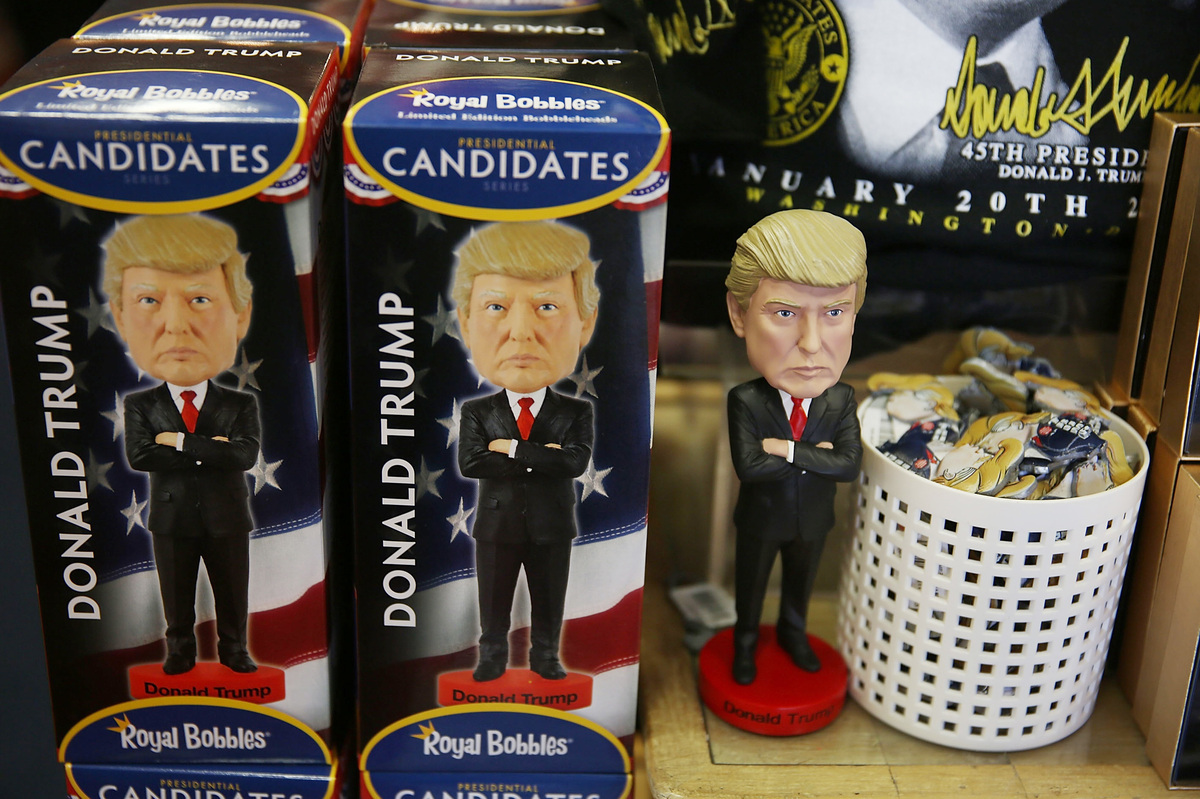 Donald Trump bobble head dolls for sale on a shelf at White House Gifts. The influx of visitors to D.C. for the inauguration may create security headaches, but means big business for the local economy.

"Our No. 1 goal is to facilitate these First Amendment assemblies," said Peter Newsham, the interim police chief. "That's what Washington, D.C., is all about. People are allowed to express their First Amendment rights. And whether that be holding a sign or yelling, whatever you feel comfortable in doing it as long as it's not illegal."

D.C.'s police department learned this lesson the hard way. The city has paid out millions of dollars to settle lawsuits for illegal mass arrests during demonstrations in the early 2000s. Now the police department is considered a model for handling protests, which are frequent in the nation's capital.

Officers go through specific training for First Amendment assemblies. Newsham says police will even work behind the scenes with organizers to coordinate how protests will go.

"The organizers are generally satisfied with their experience when we have these demonstrations," Newsham said, adding that he doesn't think Inauguration Day will be any different.

Of course, supporters of Donald Trump will be on hand as well during inauguration week. One of the more memorable events likely will be the "DeploraBall," which plays off Democratic presidential nominee Hillary Clinton's "basket of deplorables" swipe at some Trump supporters during the election.

Jeff Giesea is one of the organizers behind this bash for a thousand people who aren't attending one of the official balls.

"We Trump supporters appropriated that term and kind of made it badge of honor," he says. "And did it in also a little bit of a cheeky way."

Giesea says tickets for the ball sold out within hours.

"That tells me there's something in the air, something happening, a nerve that we're hitting in the public," he says.