The timing of contacts between the top adviser to Donald Trump and the Russian ambassador to the United States has raised questions about what they discussed and whether that affected policy. At least one phone conversation happened on the same day the Obama administration announced the sanctions and other retaliations for Russia's meddling in the 2016 presidential campaign. NPR's White House correspondent Tamara Keith joins us now. Tam, thanks so much for being with us.

TAMARA KEITH, BYLINE: Good to be with you.

SIMON: I'm sorry to get your name reversed (laughter). This adviser, of course, is Michael Flynn. And what do we know about this conversation?

KEITH: Yeah. So he is Trump's pick for national security adviser. We've learned from two sources on the presidential transition team that he spoke by phone with Sergey Kislyak - he's the Russian ambassador to the U.S. - on December 29. We learned that late last night after, all day yesterday, Trump's team insisted that the conversation had actually happened the day before. And, thus, there was no way that they could've discussed the sanctions.

Then the transition team changed their story. This all first came to light when David Ignatius at The Washington Post wrote that a senior U.S. government official told him that Flynn had called Kislyak multiple times on the day that the Obama administration announced it was imposing sanctions and expelling 35 Russian diplomats from the U.S.

SIMON: I think I can guess. But let's make this explicit. What does it matter whether Flynn spoke to the ambassador or not?

KEITH: If Flynn had been negotiating foreign policy with Russia as a private citizen, that could be a violation of the Logan Act, which has never, ever been prosecuted. Contact between ambassadors and incoming administrations isn't out of the ordinary. But the timing is prompting these questions about whether Flynn was trying to influence how Russia responded to the U.S. actions.

Sean Spicer, who's set to become the White House communications director, told NPR last night that, despite the timing, it is, quote, "doubtful" that Flynn and the ambassador discussed the sanctions. He says it was a call about post-inaugural logistics. Another official says that there was also an invitation extended to a conference about Syria that Russia is organizing. It's really impossible - like, completely impossible - to know what they actually talked about.

But the day after that phone call, in a surprise move, Russian President Vladimir Putin announced that he wouldn't retaliate until he saw what Trump did once in office. Trump then tweeted, great move on delay by V. Putin. I always knew he was very smart.

SIMON: Yeah. A lot of people were surprised by the moderate tone of the Russian reaction.

SIMON: This is coming, of course, in a week with - Russia's really in the news about alleged hacking and meddling in the 2016 election. Late yesterday, word that the Senate Intelligence Committee is going to investigate possible links between Russia and the presidential campaigns - what more do we need to know? Where does this fit in?

KEITH: Yeah. This was a reversal for the committee's Republican chairman, Richard Burr, who, earlier in the week, said it wasn't the committee's role to look at those things. Now both Burr and the committee's Democratic leader say that they will be looking into, quote, "links between Russia and individuals associated with political campaigns."

SIMON: Tamara Keith, thanks so much. 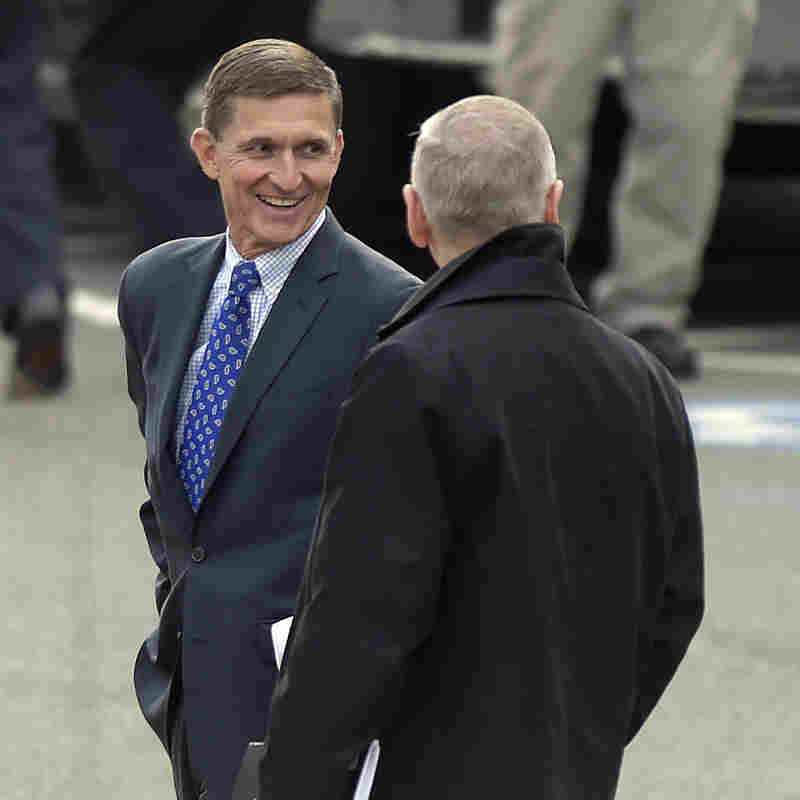 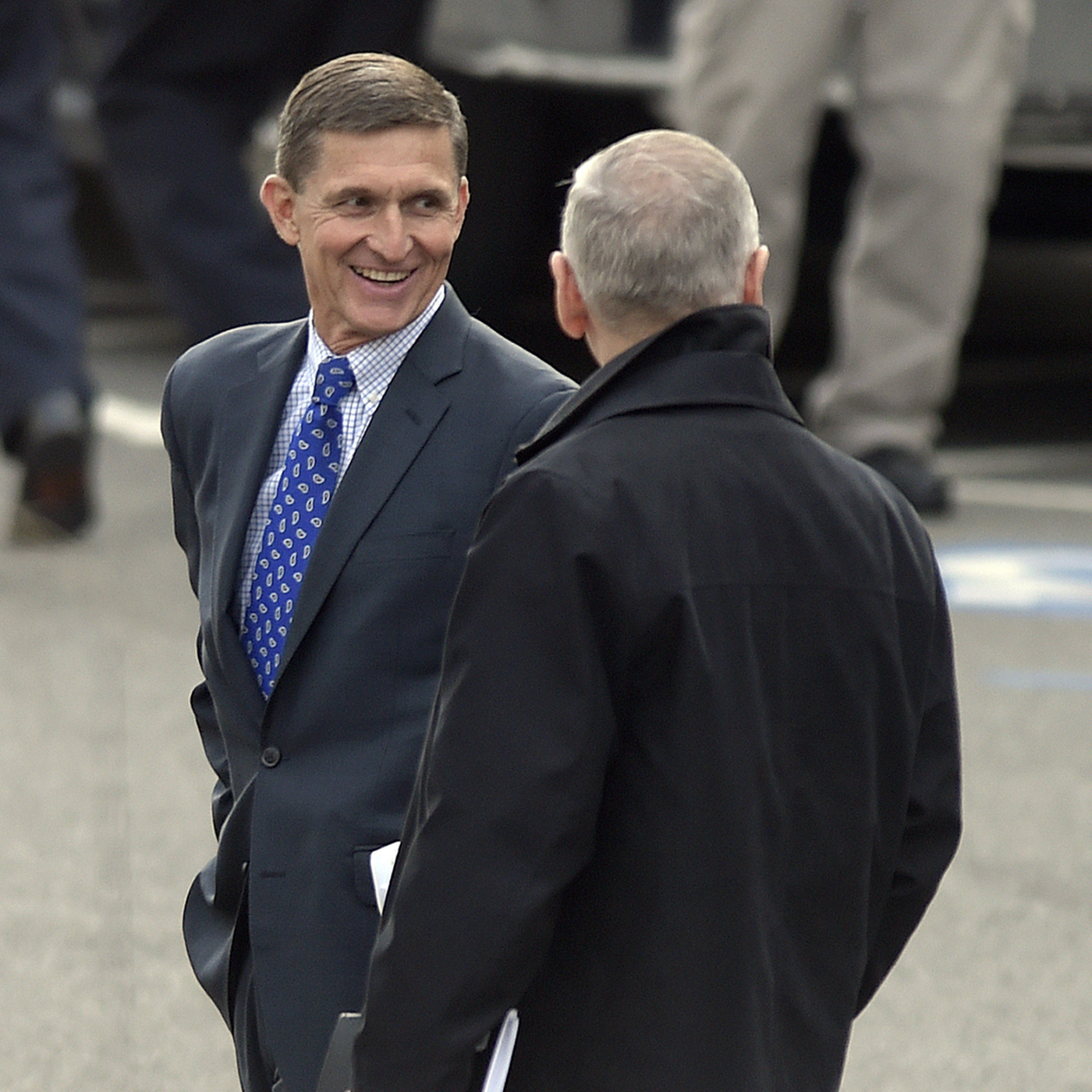 Gen. Michael Flynn, President-elect Trump's pick to be national security adviser, did speak to Russian ambassador to the U.S. Sergey Kislyak by telephone on Dec. 29, the same day the Obama administration announced measures retaliating against Russia for interfering in the 2016 presidential campaign, two Trump transition officials confirm to NPR.

This is different timing than the Trump transition had announced to reporters Friday morning. Transition spokesman and incoming White House Press Secretary Sean Spicer said then that Kislyak texted Flynn on Dec. 28, asking to talk. Spicer also said the text messages showed they wished each other Merry Christmas and Happy New Year, and added they spoke by phone later that day, the 28, meaning they couldn't have discussed the retaliation measures or Russia's response.

But now, the transition officials, including Spicer, confirm to NPR that was not correct. The phone conversation, initiated by the Russian ambassador, actually didn't happen until the next day, Dec. 29, the same day as the retaliatory efforts were announced.

David Ignatius at the Washington Post broke the story Thursday that Flynn spoke to the Russian ambassador Dec. 29, although the transition said it actually happened the day before. AP published a report Friday night that supported Ignatius' version.

Spicer told NPR in a phone call late Friday night that he had misread the timing of Flynn's texts Friday morning and that accounts for the discrepancy.

Spicer said the call took place "around the same time" as when the retaliation measures were announced, which was some time around 2 p.m. ET. But, he insisted that the details of the phone conversation did not change from what he said Friday morning and called it "doubtful" that Flynn and the ambassador discussed the U.S.'s retaliatory measures or Russia's potential response, because Flynn told Spicer they did not.

The first hint that sanctions against Russia were coming was when President Obama said in an interview with NPR on Dec. 15, "We need to take action. And we will." The Washington Post then reported on Dec. 27 that action was imminent. By late afternoon the following day, multiple news sources were quoting government officials as saying the announcement would come on the Dec. 29.

So Kislyak likely knew an announcement was coming when he asked to talk to Flynn.

Another transition official, who asked not to be identified because of the sensitivity of the subject matter, said the ambassador invited the Trump administration to participate in a conference in Kazakhstan on the conflict in Syria set for after the inauguration in late January. Were that to happen it could mark a concrete diplomatic shift in the relationship between Russia and the U.S. The Obama administration has opposed Russia's aid to the Assad regime, essentially putting the U.S. and Russia on opposite sides of the Syrian civil war – even as they have attempted to coordinate on parts of it.

Contact between an incoming administration and foreign ambassadors isn't out of the ordinary. But the timing raises questions, especially in light of Putin's decision not to respond to the U.S. retaliatory moves. No one can conduct foreign policy, except for the current U.S. government. If someone did, they would be in violation of the Logan Act, which states, in part:

Others, including Reuters and Ignatius are reporting or have reported that there were multiple phone calls between Flynn and the Russian ambassador the day the sanctions were announced. NPR has not confirmed those contacts.

The news comes hours after the Senate Intelligence Committee reversed course and said it would, in fact, investigate Russian interference in the election, including "any intelligence regarding links between Russia and individuals associated with political campaigns."