Accessibility links
Security At Donald Trump's Inauguration To Be Massive Thousands of law enforcement officers from dozens of agencies will guard the ceremonies, and authorities have planned for many contingencies, says Homeland Security Secretary Jeh Johnson. 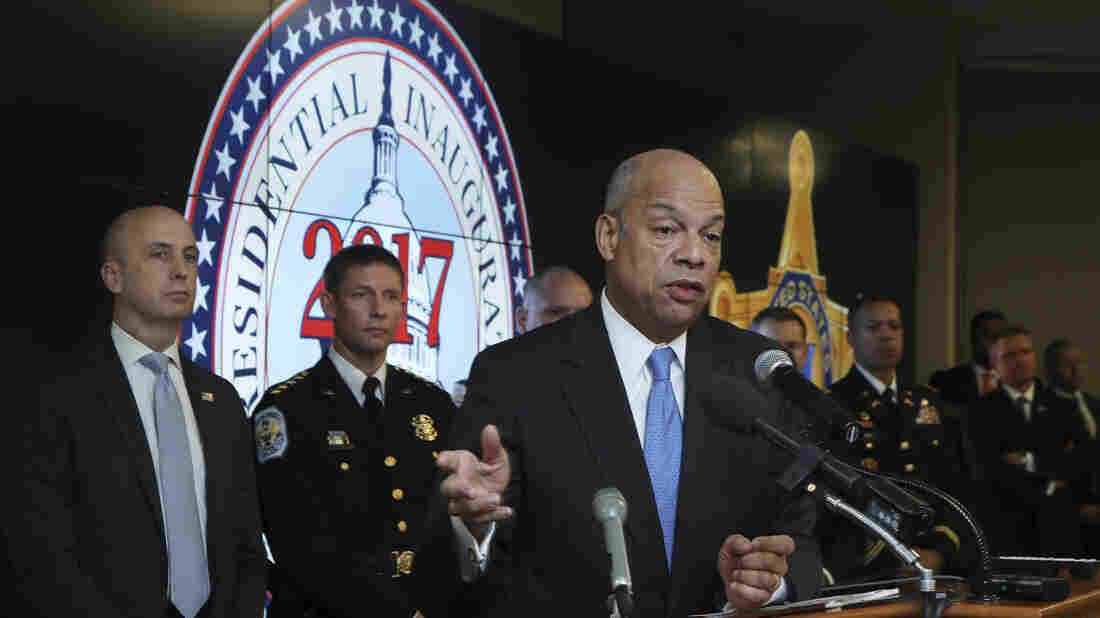 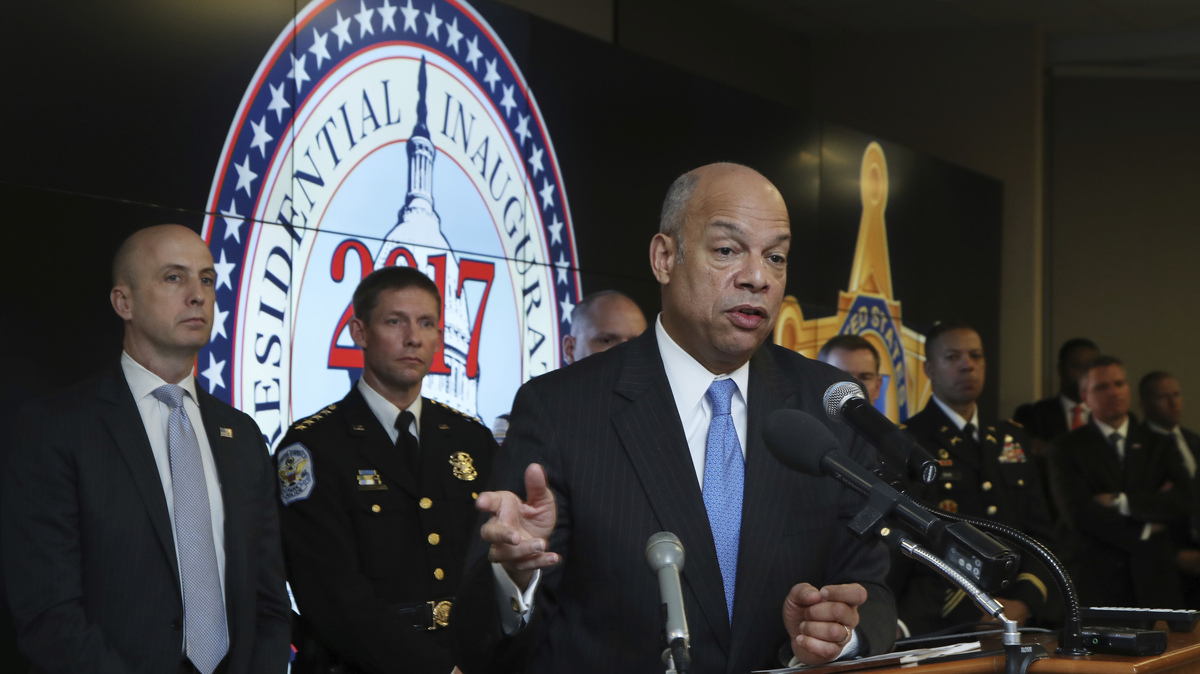 Homeland Security Secretary Jeh Johnson outlined the massive security preparations during a briefing at the Multi Agency Communications Center at a secret location in Virginia.

From that room, dozens of representatives from an alphabet soup of different agencies will gather to monitor events starting Thursday, with a wreath-laying ceremony at Arlington National Cemetery, through Saturday's prayer service at the Washington National Cathedral.

But the main focus will be Friday's swearing in of the 45th president and the inaugural parade from the Capitol to the White House. Johnson says officials expect 700,000 to 900,000 spectators to attend the Inauguration Day ceremonies. He said 99 groups are expected to rally in favor of or against the new president.

Johnson said officials "know of no specific credible threat directed toward the inauguration," but they're taking no chances. Johnson said the "global terrorist environment is very different" this year than it was during President Obama's inaugurations in 2009 and 2013. He said law enforcement has to be concerned with homegrown violent extremism, acts of so-called lone wolves and people who have self-radicalized.

"We've got to be vigilant, we've got to plan, we've got to prepare," Johnson said. After terrorists drove trucks into crowds in Nice and Berlin last year, officials are protecting against a similar action in Washington. "Hard perimeter areas," where nongovernment vehicles will not be permitted, will be fortified by dump trucks, heavy trucks loaded with cement and with buses, Johnson said. "That is a precaution that we are doubling down on in particular this inauguration."

There are also concerns about possible airborne threats. Noting the airspace above Washington is already off-limits to drone flights (as well as most other air traffic), Johnson said unauthorized flights are "something we have planned for, and there is technology to deal with it." He would not say what that technology entails.

Johnson said some 28,000 officials will be dedicated to security for the inauguration, including Department of Homeland Security personnel from the Secret Service, the Transportation Security Administration and the Coast Guard, as well as police from various departments in Washington, D.C., and from out of town, and some 7,800 National Guard troops.

Gates to the Inauguration Ceremony will open at 6 a.m. Friday. There will be sites for demonstrations along the parade route and on the National Mall.

More information about the inauguration schedule can be found here.